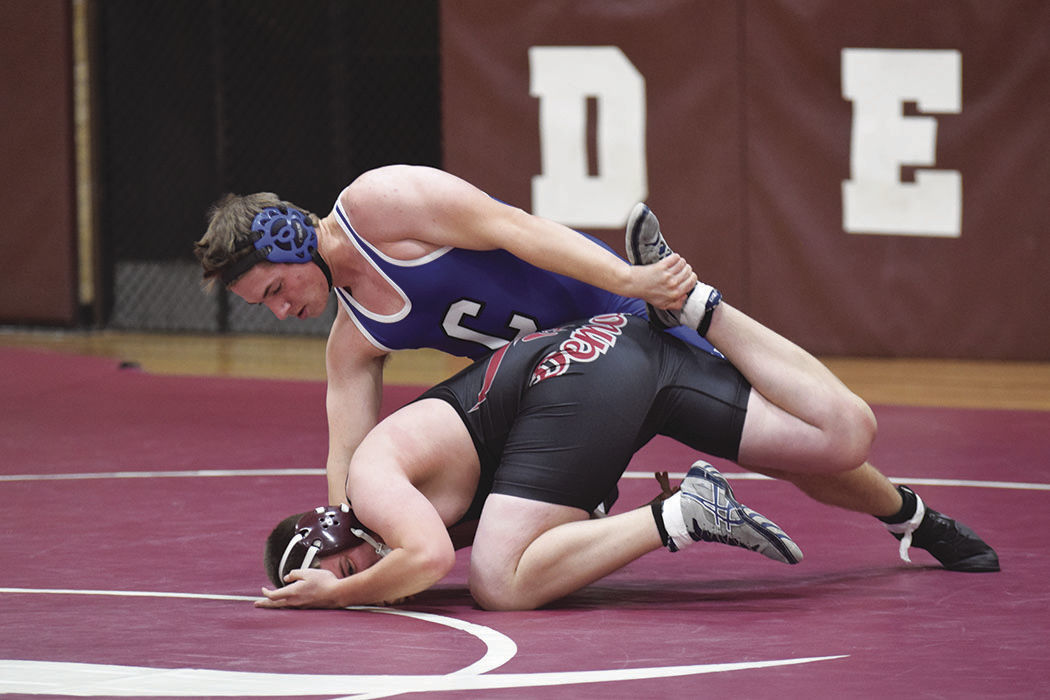 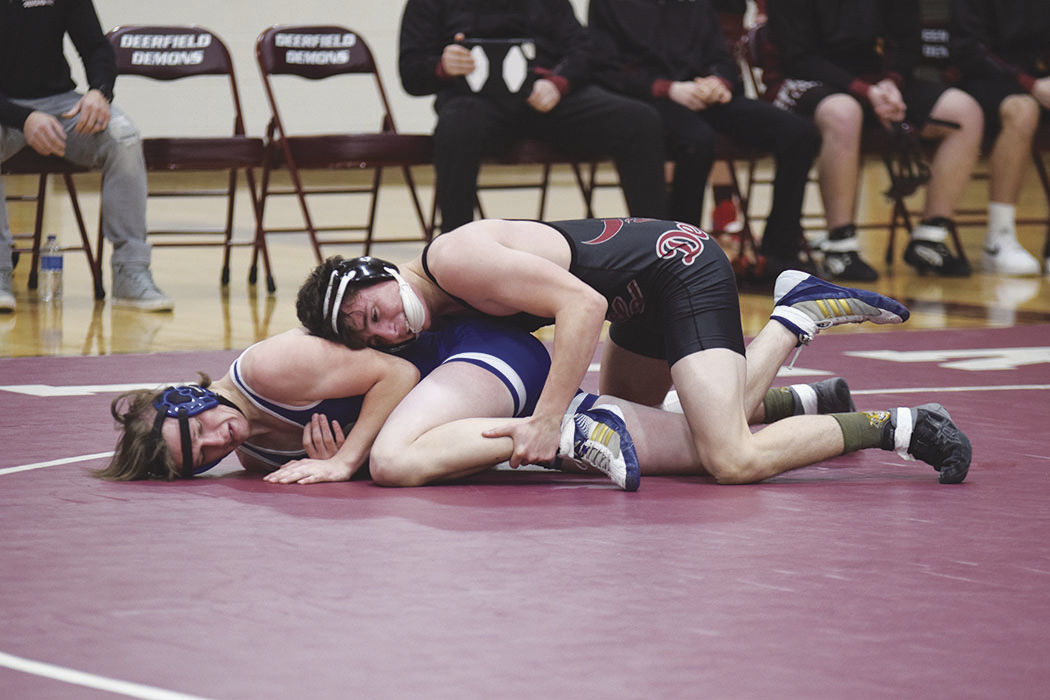 While the Cambridge wrestling team didn’t win many matches on the mat, the matches they did compete in they competed in well enough to hold off host Deerfield, 39-33, in a non-conference dual on Dec. 10.

The Blue Jays recorded just three wins on the mat, while they were aided by four Demon forfeits.

“The kids realize that we maybe let one slip away, but I’m not going to take anything away from Cambridge,” said Deerfield head coach Paul Haag. “We looked like our first match.”

“He’s a good athlete, a good wrestler and just a tough kid overall,” said Cambridge head coach Pete Moe. “He got some good takedowns and overall controlled the match.”

“Moody took it to us at 160,” Haag said, complementing the Cambridge standout.

After senior Aiden Ciha received a forfeit victory at 170, Gunnar Sperle hit the mat at 182. The freshman battled his way into the third period before pinning Demon freshman Aiden Kamman in 5:26.

“He battled the whole match and just stayed ahead; he did a good job in some tough spots and got the pin,” Moe said.

The most even match of the night occurred at 195, between Blue Jay junior Nolan Adsit and Demon senior Sid Jackson. Adsit held slim leads after the first and second periods, before scoring a 9-4 decision. It gave Cambridge a 27-12 advantage.

“Just good, hard work and he went after it to get his points,” Moe said of Adsit.

Deerfield head coach Paul Haag tried to shake some things up in the middle of the lineup, but in his words they “backfired.”

The Blue Jays’ Landon Sonnenberg (113), Ivan Sopovich (138) and Ryan Lund (285) all received forfeits to increase their lead to 39-18, which proved to be enough as Deerfield won the final weight classes, finishing six points shy.

“I think we’re getting better,” said Moe in reference to wrestling in last Saturday’s Creek Classic where the Blue Jays finished 12th.

“Donnelly’s a scrappy kid and Ray got after him,” said Haag.

But it wasn’t until the very end that the Demons strung wins together to make it close. At 120, junior Nick McDonough earned a 5-2 decision over Cambridge junior Caleb Kendall, before his McDonough’s twin brother, Jack, stuck Blue Jay freshman Geronimo Moreno-Campos in :59.

Junior Nicholas Wilfong capped off the late run with a 3:40 pin of Cambridge sophomore Aevri Ciha.

Cambridge will wrestle in the Waunakee Warrior Invite this Saturday with opening-round matches starting at 10 a.m.

Wrestling at 152, Bach earned a 6-3 decision over Oak Creek’s Chris Rumpel following a first-round bye, then scored a 7-3 decision over Belmont/Platteville’s Brady Johnston in the quarterfinals.

Bach was pinned in the semifinals by Fennimore’s Mason Lull, the eventual champion, in 3:41, and came up just short of third place losing a 4-2 decision to Jon Sackman of Union Grove.

Deerfield opens Trailways Conference wrestling with a dual at Palmyra-Eagle Thursday, beginning at 7 p.m. Then on Saturday the Demons compete in the Mount Horeb Invitational starting at 9 a.m.