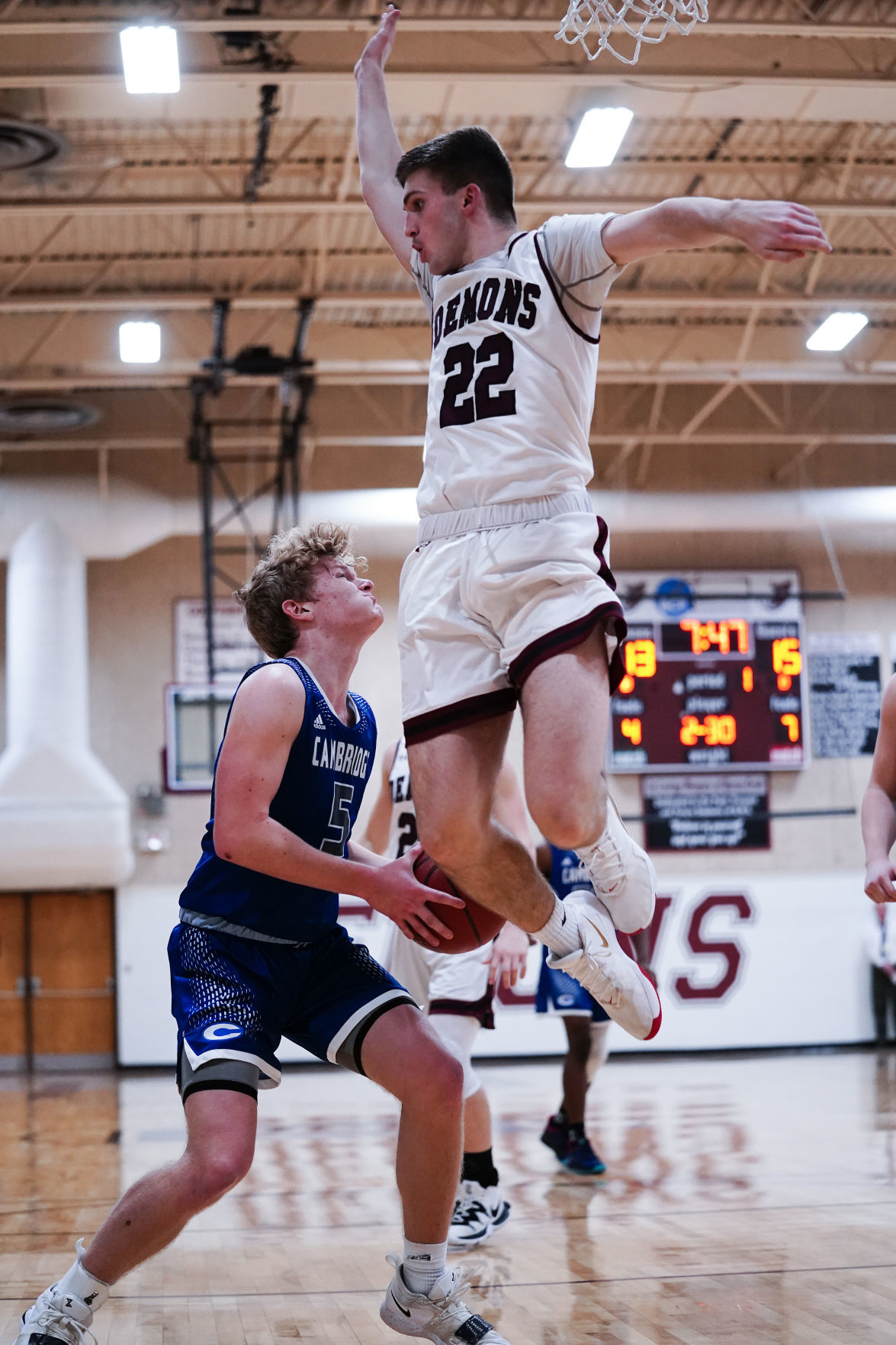 Cambridge forward Andrew Downing uses a ball fake to get extra space in the lane during the first half of a 57-52 victory over Deerfield on Saturday night. 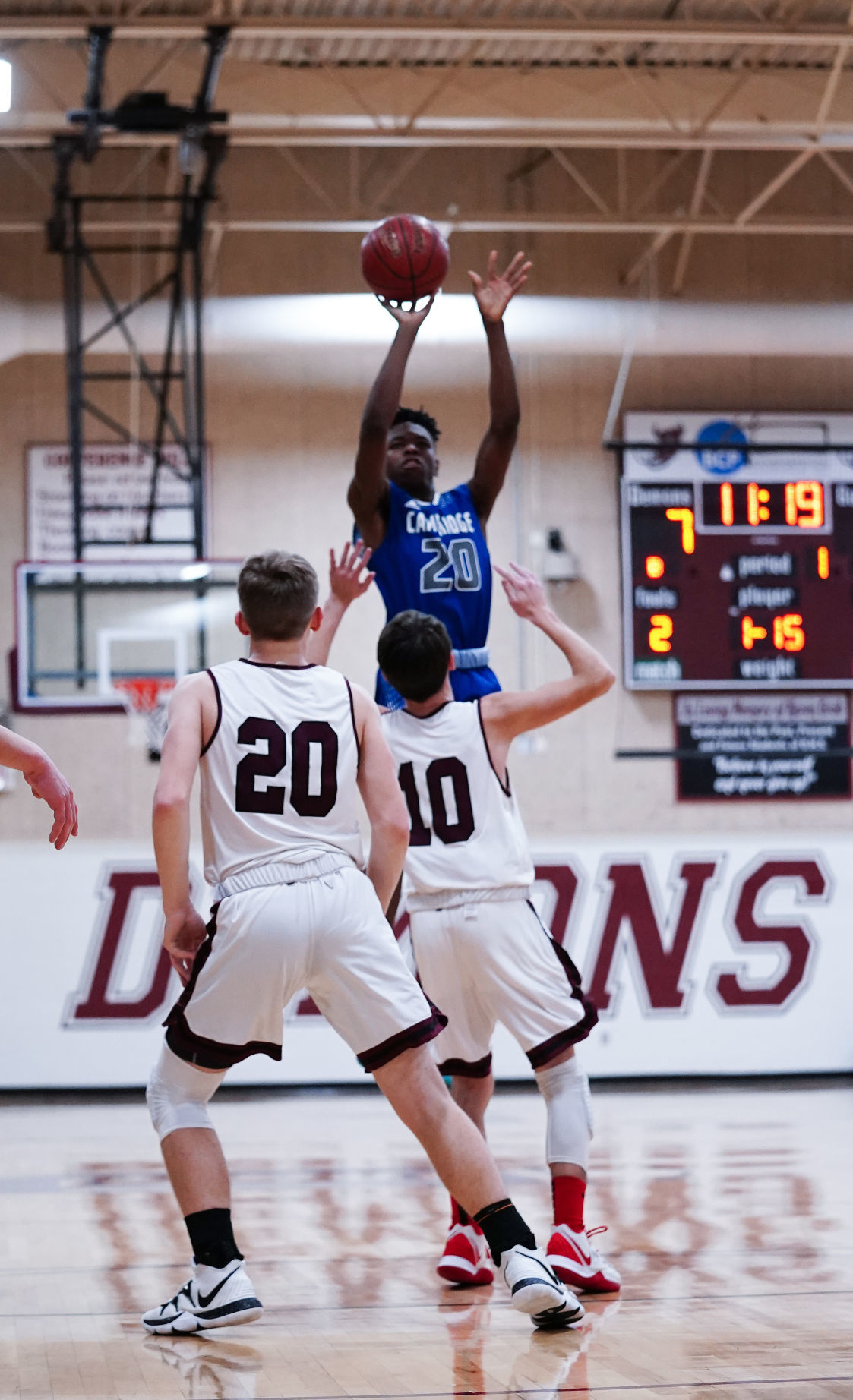 Trey Colts made three 3-pointers and scored 18 points for Cambridge in a victory against Waterloo on Tuesday and scored five points against Deerfield on Saturday. 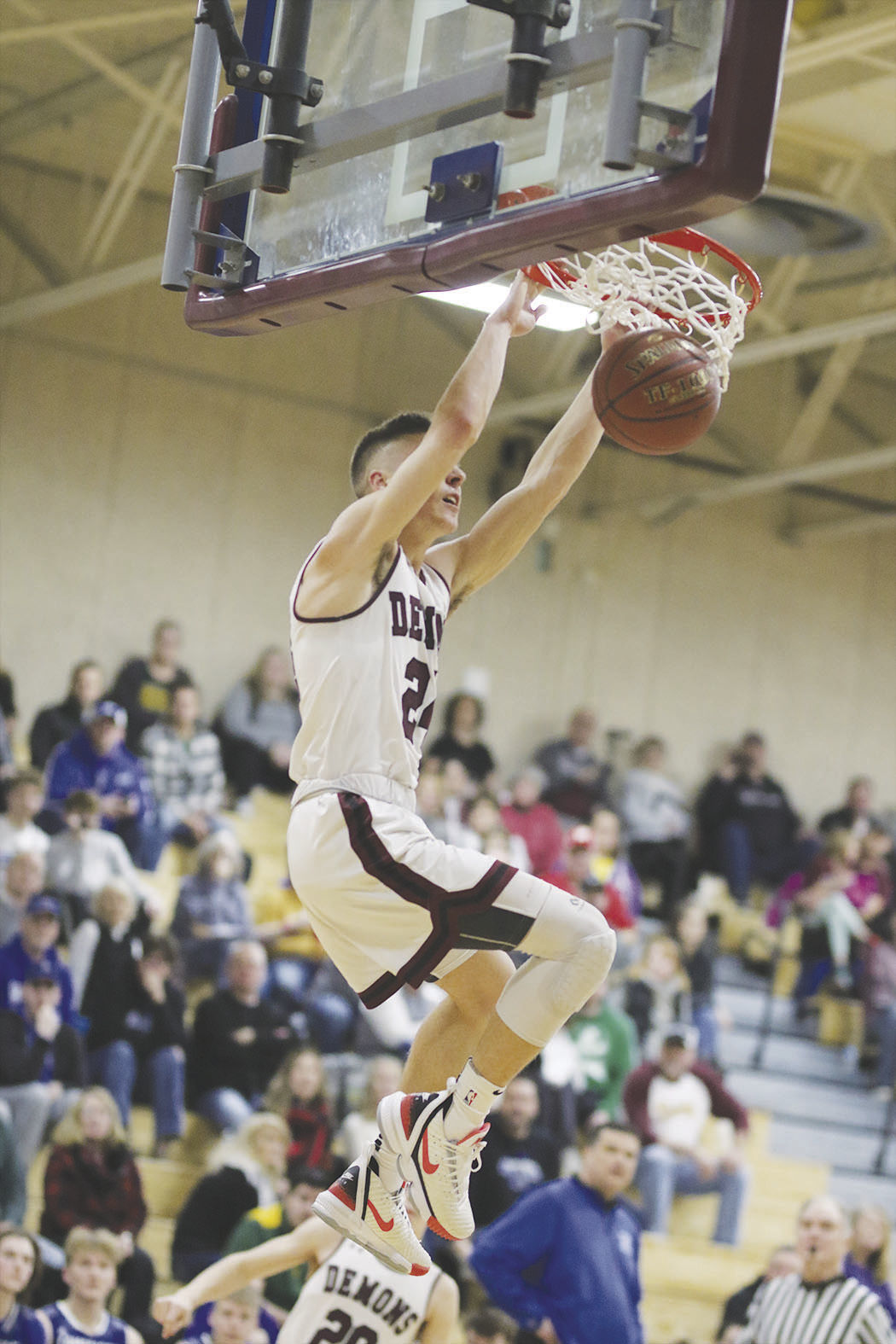 Cambridge forward Andrew Downing uses a ball fake to get extra space in the lane during the first half of a 57-52 victory over Deerfield on Saturday night.

Trey Colts made three 3-pointers and scored 18 points for Cambridge in a victory against Waterloo on Tuesday and scored five points against Deerfield on Saturday.

Jack Nikolay has emerged as the scorer that head coach Mike Jeffery knew the Cambridge boys basketball team would need.

“At the beginning of the season we knew we were going to need someone to step up,” Jeffery said. “We hoped that somebody would establish themselves as a go-to scorer. Thankfully, Jack has done that.”

Nikolay scored 19 points when the Blue Jays earned a 61-56 win against Waterloo in a Capitol South game on Tuesday and 22 points when they earned a 57-52 victory over Deerfield on Saturday.

“We knew he could score, it was just a matter of getting him into situations where he can score,” Jeffery said. “Jack’s gotten very good at curl cuts and coming off of screens to get his shot off.

“Even though he is slightly built, he doesn’t have a lot of fear going into the lane.”

Cambridge had gone two weeks without playing a game. It was designed to be a 10-day gameless break to reset, but inclement weather postponed a game against Black Hawk scheduled for Saturday, Jan. 11. That game will be played on Feb. 22 at 2:30 p.m.

“It was challenging to go that long without a game,” Jeffery said. “I was pleasantly surprised with how much we were able to accomplish during that two week period. We did kind of step back and kind of self evaluated to see what was working and what wasn’t working.

“We went in with a plan, but it wouldn’t work if the kids don’t stay engaged. For high school kids to do that over two weeks, I was pleasantly surprised with what we were able to accomplish.”

Nikolay is averaging 19 points per game for the Blue Jays in their last five games and 14 points per game this season. Cambridge (4-6) has won four of its last five after opening the season with five consecutive losses.

“Deerfield was playing him for his left hand, but he showed a nice spin move baseline to finish with his right hand,” Jeffery said. “He’s a pretty strong kid, but he’s also pretty athletic and is pretty quick. He has a rare set of skills and he’s left handed, which makes him a challenge to guard.

“Once he’s able to get himself in the lane, he’s done a better job of finishing when he’s there.”

Deerfield senior Tyler Haak scored 24 points for the second game in a row. Cal Fischer scored 11 points to join Haak in double figures for the Demons (5-8).

The Deerfield game was competitive throughout. In contrast, Cambridge built a 15-point lead in the second half against Waterloo only to see it trimmed to single digits in the final minutes before Nikolay made free throws to put the game on ice.

“Trey was able to hit some jump shots and when he can hit some outside shots, he gets really difficult to guard,” Jeffery said. “He also got some layups on fast breaks. He’s an athletic player who gives us an added dimension.

“When he is hitting outside shots, it elevates his game to another level. Especially in the first half, which was good timing because Jack was a little bit off.”

Jeffery expects Nikolay to draw extra attention from defenses in the coming weeks, but the fact that other players have proven to be viable scoring options provides reason for optimism.