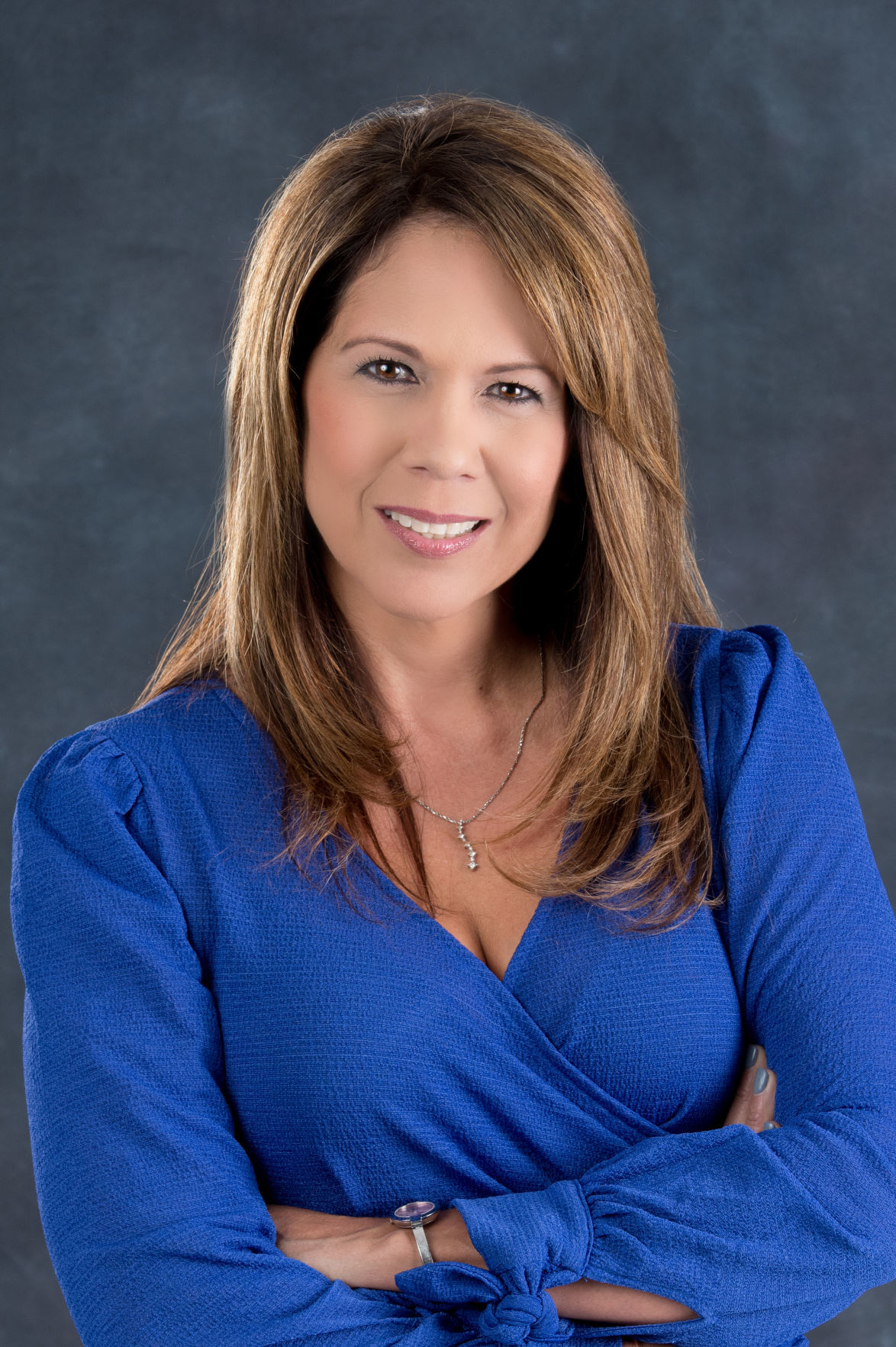 Sarita Mannigel, a Windsor resident, was recently elected as chair of the executive board for the Latino Chamber of Commerce of Dane County. 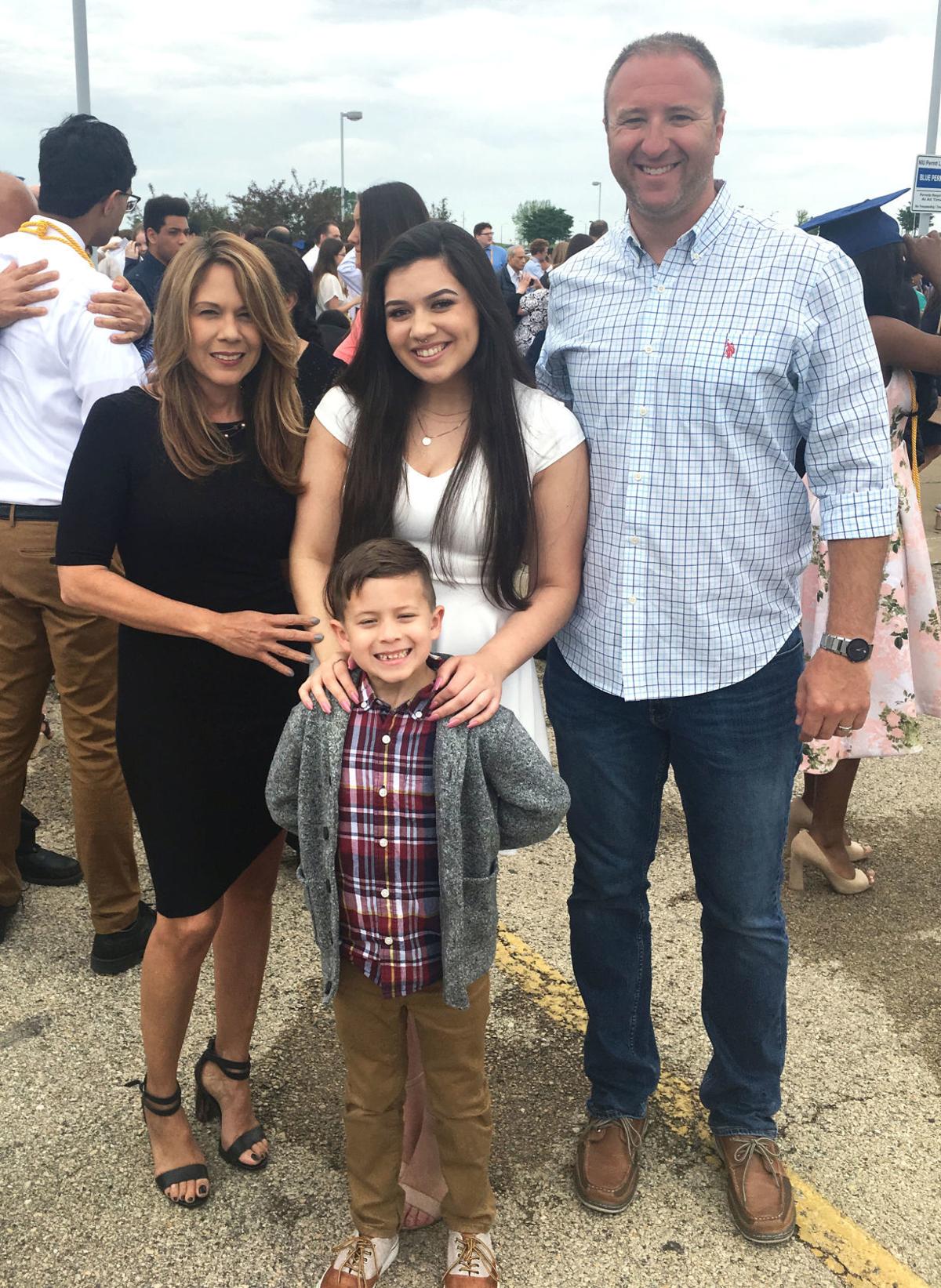 Sarita Mannigel is pictured here with her family, including her husband Justin, son Mason and daughter Sage.

Sarita Mannigel, a Windsor resident, was recently elected as chair of the executive board for the Latino Chamber of Commerce of Dane County.

Sarita Mannigel is pictured here with her family, including her husband Justin, son Mason and daughter Sage.

After moving to the United States and changing careers, life led Sarita Mannigel to the Madison area, where she’s now involved with a county organization aimed at helping business owners.

Mannigel, who moved to Windsor in 2015 with her family, works as the human resource director for Food Fight Restaurant Group. In addition to her career, Mannigel was recently appointed to be the executive board chair for the Latino Chamber of Commerce of Dane County.

Born in Puerto Rico, Mannigel relocated to the Chicago area after her mother passed away. At the time, she was a respiratory therapist working for one of the largest healthcare systems in Illinois. She then found a passion for education and training, leading her to pursue a bachelor’s degree in healthcare leadership.

After completing school, she took on a role as a trainer and educator in a hospital setting. Mannigel created a mentorship program for local high schools and worked on workforce development programs. The vice president of the human resources department noticed Mannigel, ultimately encouraging her to take a position in that division.

Once she switched careers and became a human resources training specialist, Mannigel completed a professional human resources program at DePaul University. She’s been working in human resources roles for over 11 years now and greatly enjoys her occupation.

“I love process improvement and closing the gaps, looking at where we’re at today, where we want to go and how we’re going to make those changes,” Mannigel said.

Before she took the job at Food Fight in 2018, Mannigel was working for QBE North America in Sun Prairie. But the position at QBE, a large insurer with employees in over 30 countries, was too internationally focused for Mannigel’s interests.

“I wanted to be more local, not so global,” Mannigel said. “I wanted to get back to where I want to retire and make an impact.”

Nowadays, as the human resource director for Food Fight, which has over 1,000 employees and 20 restaurants, Mannigel enjoys working with a diverse group of people. During her time in the position, Mannigel said she has brought more cost-effective benefits for employees and recently implemented a 401k program. By the end of her first year in the role, she said the turnover rate was reduced by 16 percent.

According to Mannigel, the most challenging piece of her job can be employee relations.

“You need to be disciplined enough to suspend your judgement, suspend what you’re thinking and truly be an active listener,” Mannigel said. “And deal with lots of different kinds of conflicts.”

While not at work, Mannigel is an executive committee member for A Greater Madison Vision and was recently named board chair for the Latino Chamber of Commerce of Dane County. Before becoming head of the chamber’s executive board, Mannigel served as a member-at-large. Now she’ll manage the direction and strategy of the chamber.

Mannigel wants to focus on financial stability, a membership model to reach more individuals and strategic planning during her two-year term. She also intends to accentuate a team approach.

“One of the things I really want to emphasize is that it’s not only about Latinos, it’s about non-Latinos as well,” Mannigel said. “We have a strong board of directors and some of them are not Latinos. I’m embracing that, because it’s about diversity and inclusion.”

Along with that, Mannigel would like to cater to more areas outside of Dane County, as she sees the whole state of Wisconsin as the chamber’s service area. According to Mannigel, the chamber has a strong incubator program and educational programming for individuals looking to open a business.

“Sometimes you have an idea and you don’t know if it’s going to work out or where to find resources,” Mannigel said. “The chamber of commerce should be a first stop, because you have nothing to lose, but gaining the resources, education and training can give you a better perspective.”

“Moving up here, I think I get the best of all worlds,” she said. “I feel more aligned, like this is my place.”