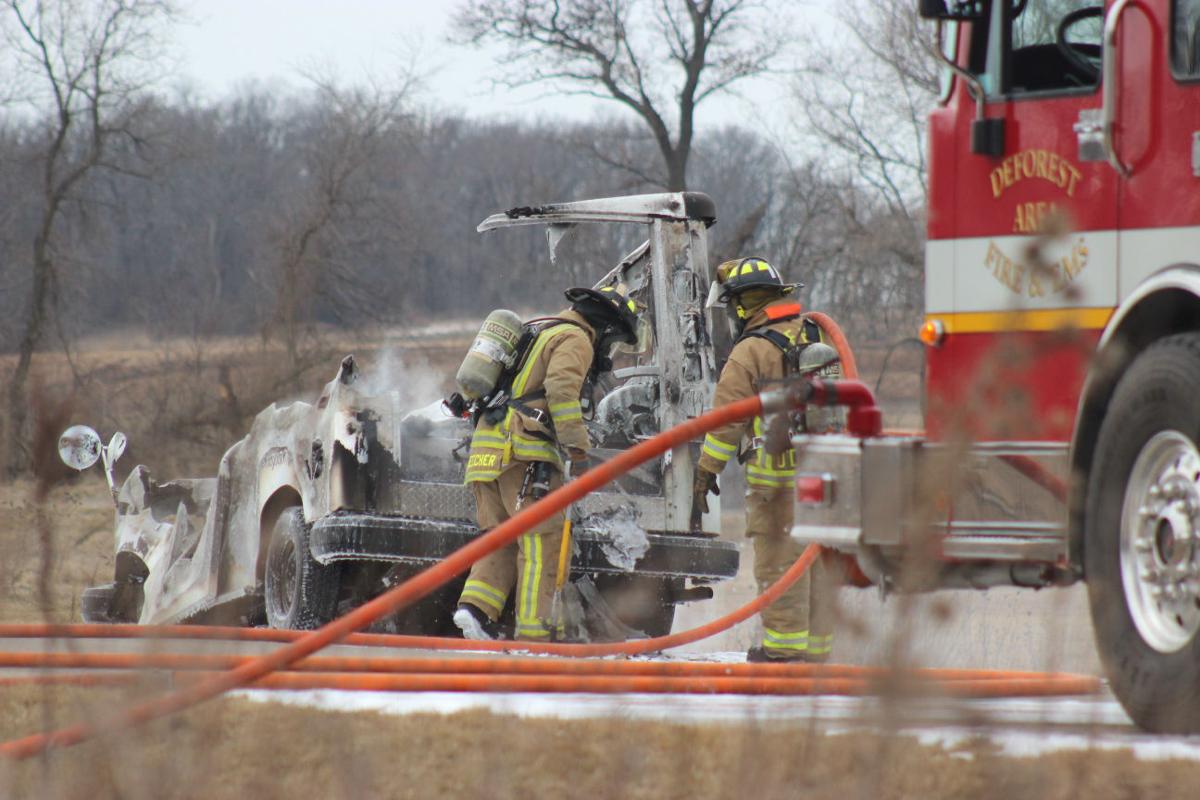 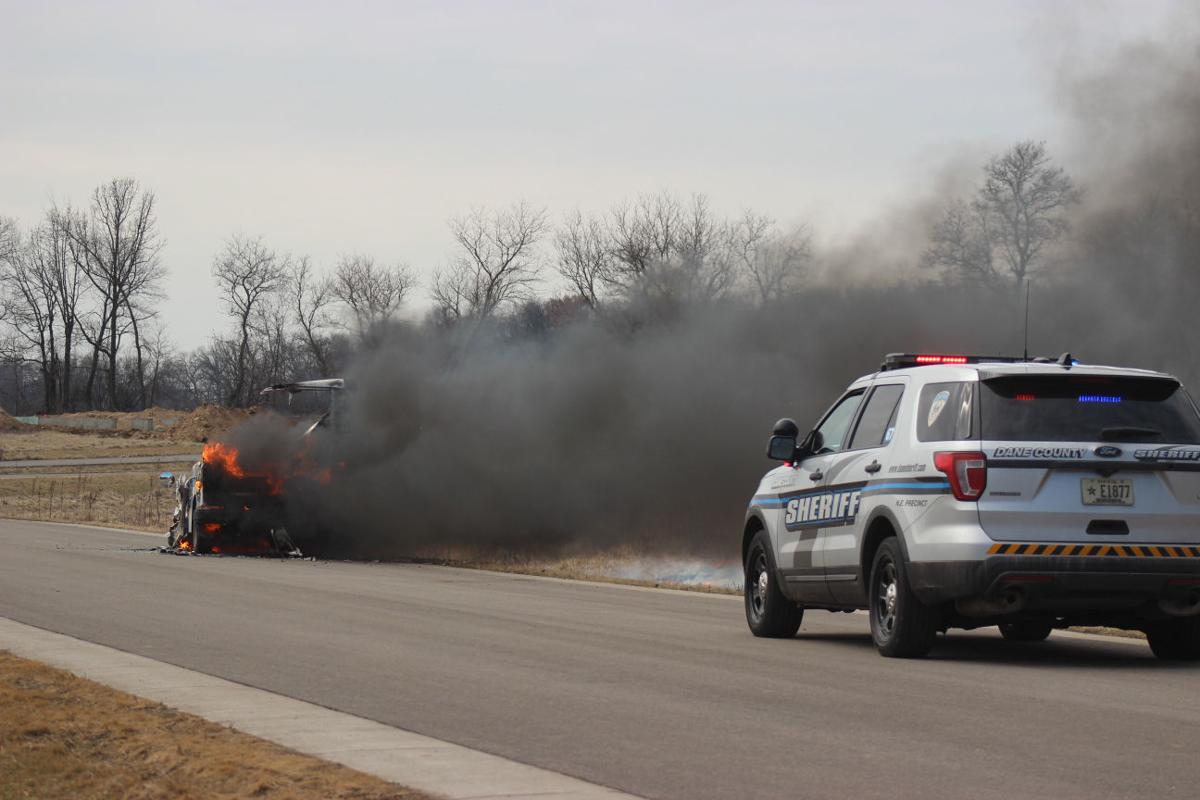 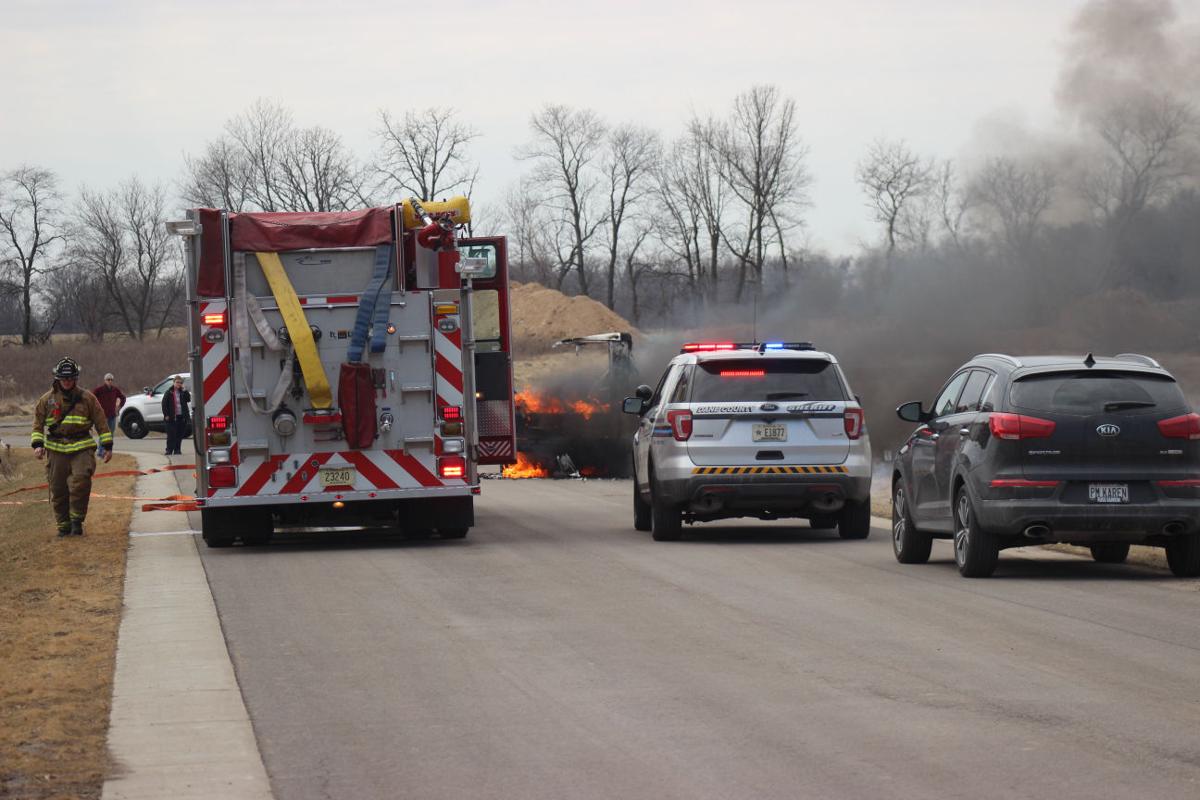 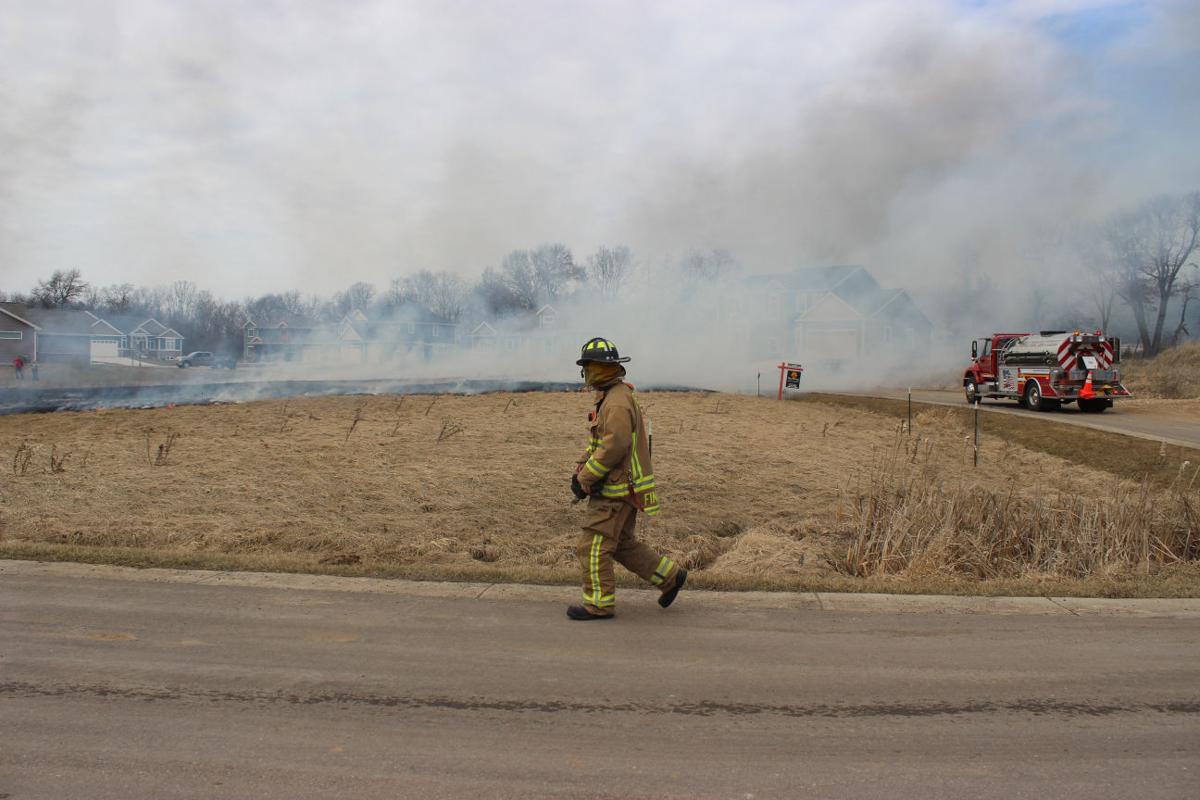 A postal truck went up in flames in a Windsor neighborhood early Monday afternoon, igniting a nearby field before being extinguished.

The driver was not injured in the fire, but the postal truck was a complete loss. The grass fire was contained and there was no damage to private property.

The fire occurred at around 12:30 p.m. on Forest Park Dr. between Longfellow Ct. and Great Bridge Dr. in the Revere Trails development.

Dane County Sheriff’s Department was first on the scene, followed by DeForest Area Fire & EMS, who responded with two trucks and had the fire contained within minutes.

Jon Yaskel, of DeForest Area Fire & EMS, said that a call went out for a vehicle fire and that county sheriffs, who were on scene, notified them that the fire had spread to a nearby field.

The cause of the fire has not yet been determined.

DeForest postmaster Karen Ballweg was on the scene minutes after the fire was reported. She said the carrier had just begun their route.

“It was so fast, there was nothing [that could have been done],” Ballweg said. “Safety is obviously the most important thing, and we’re glad the carrier was okay.”

Ballweg said the investigation has been turned over entirely to postal inspectors to determine a cause and sift through debris for partial mail.

Customers affected by the fire were notified through the mail this week of what the process and procedure for remedying the situation will look like.