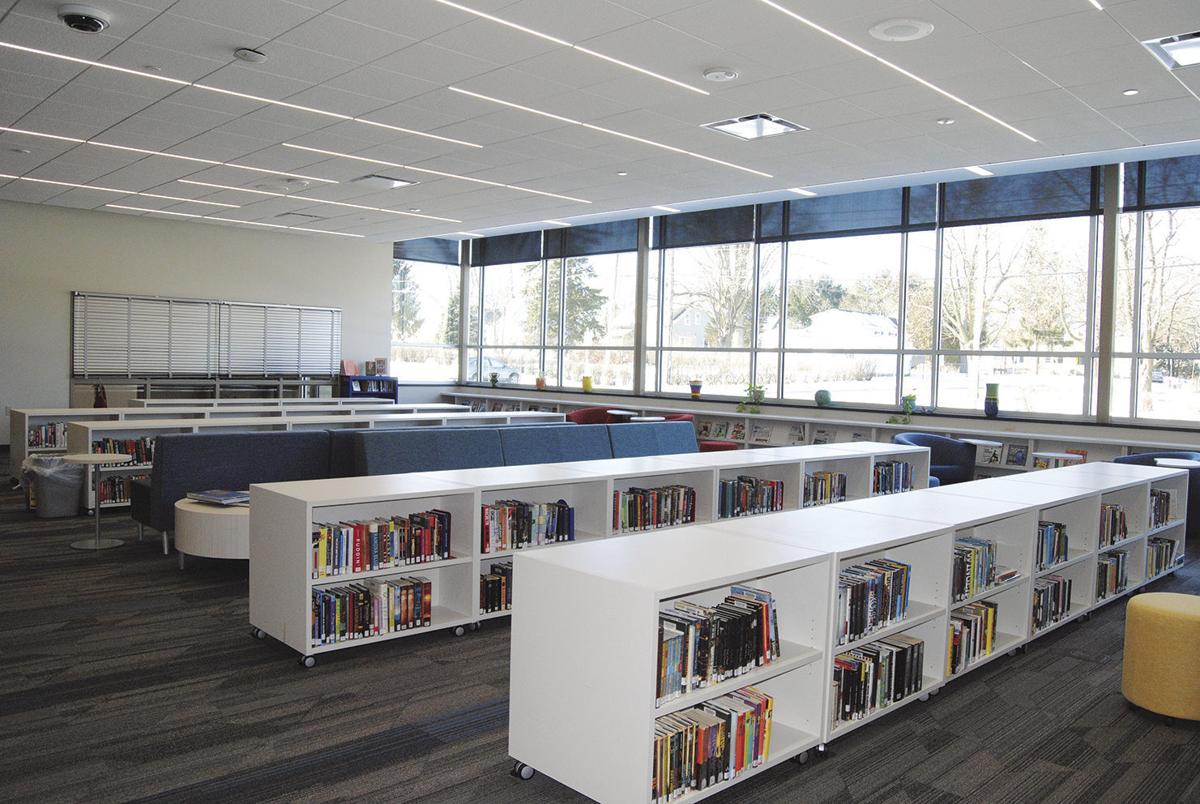 The new library at the front of Lake Mills High School is seen with light streaming in last week. 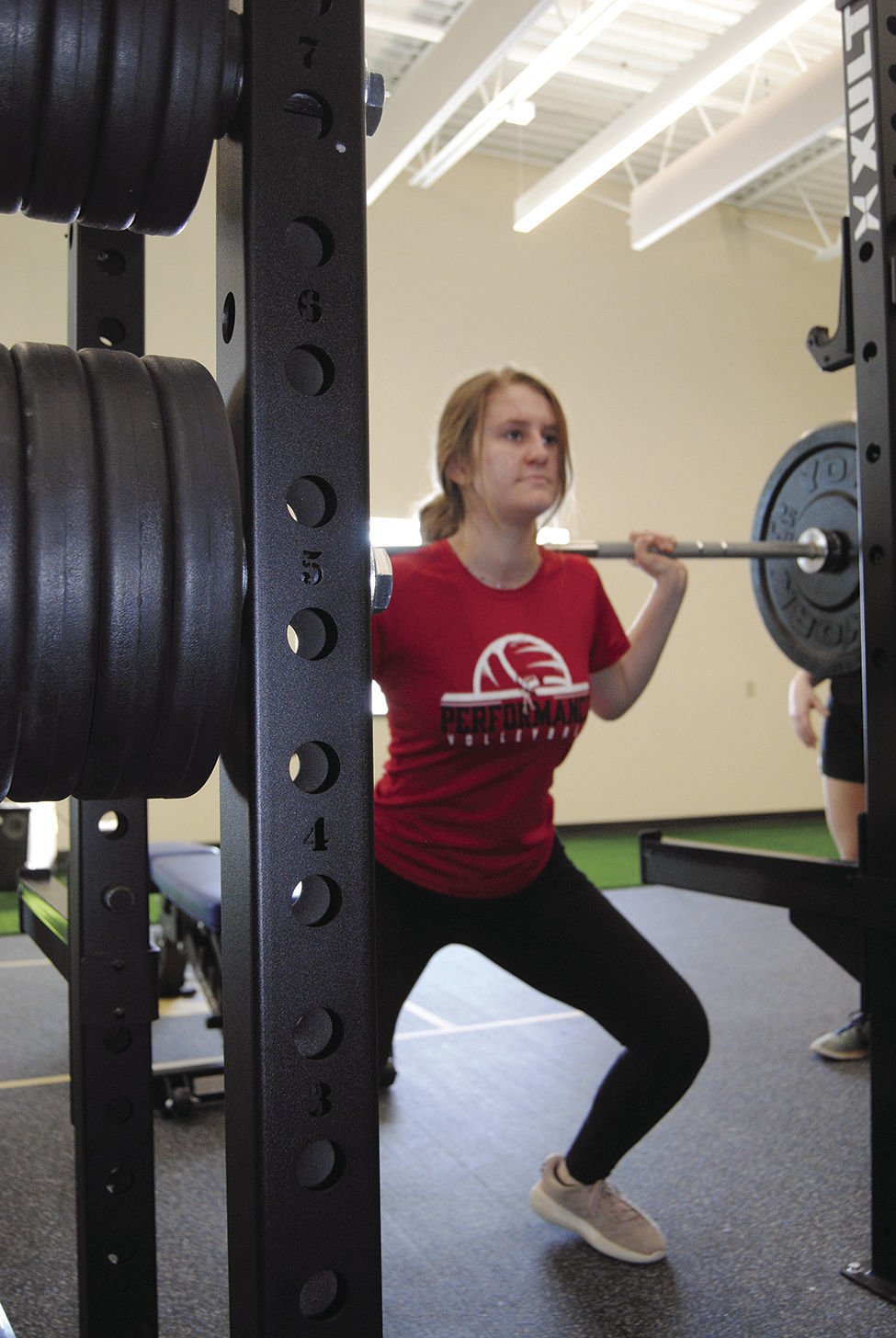 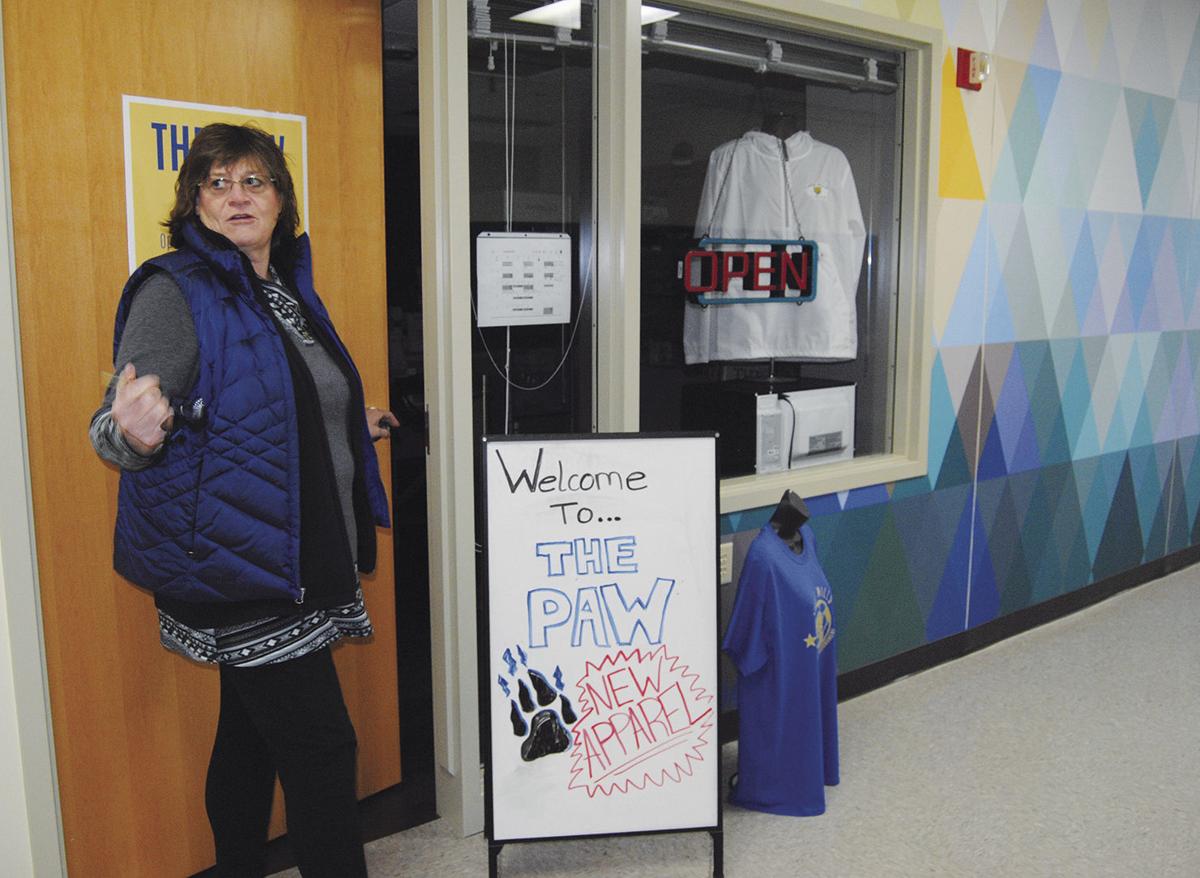 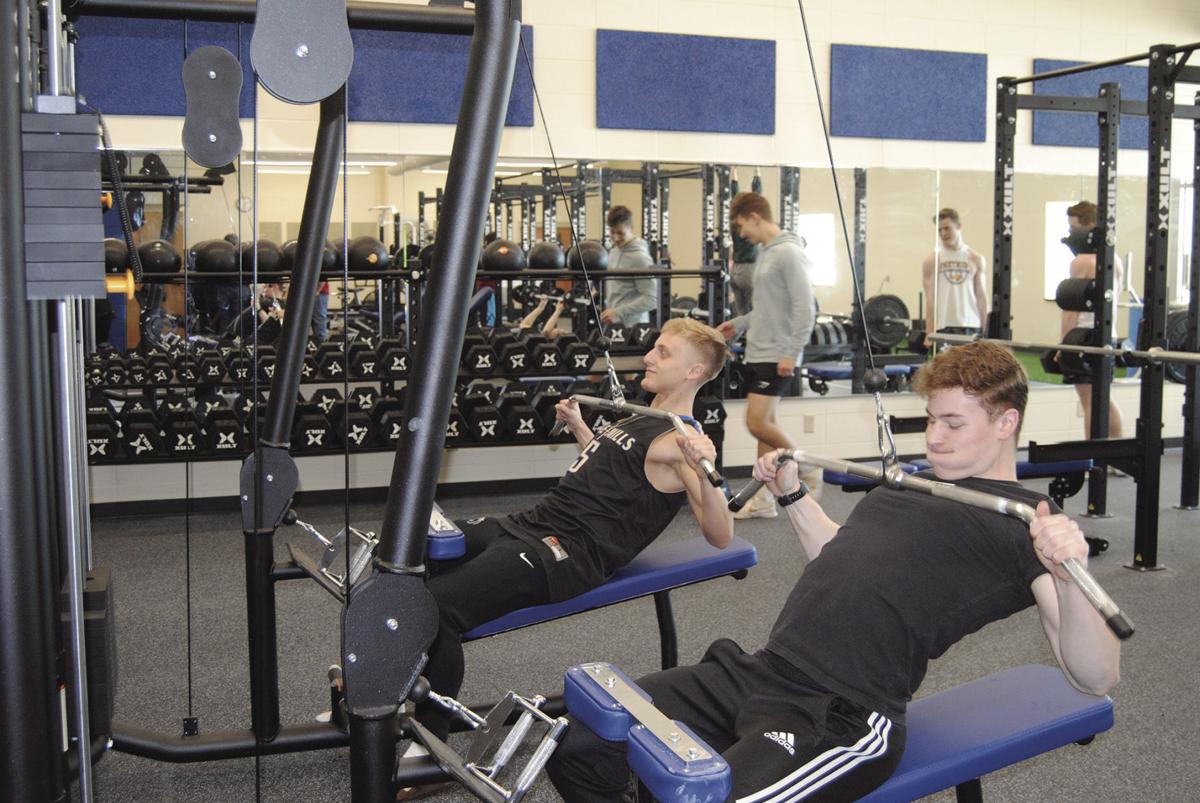 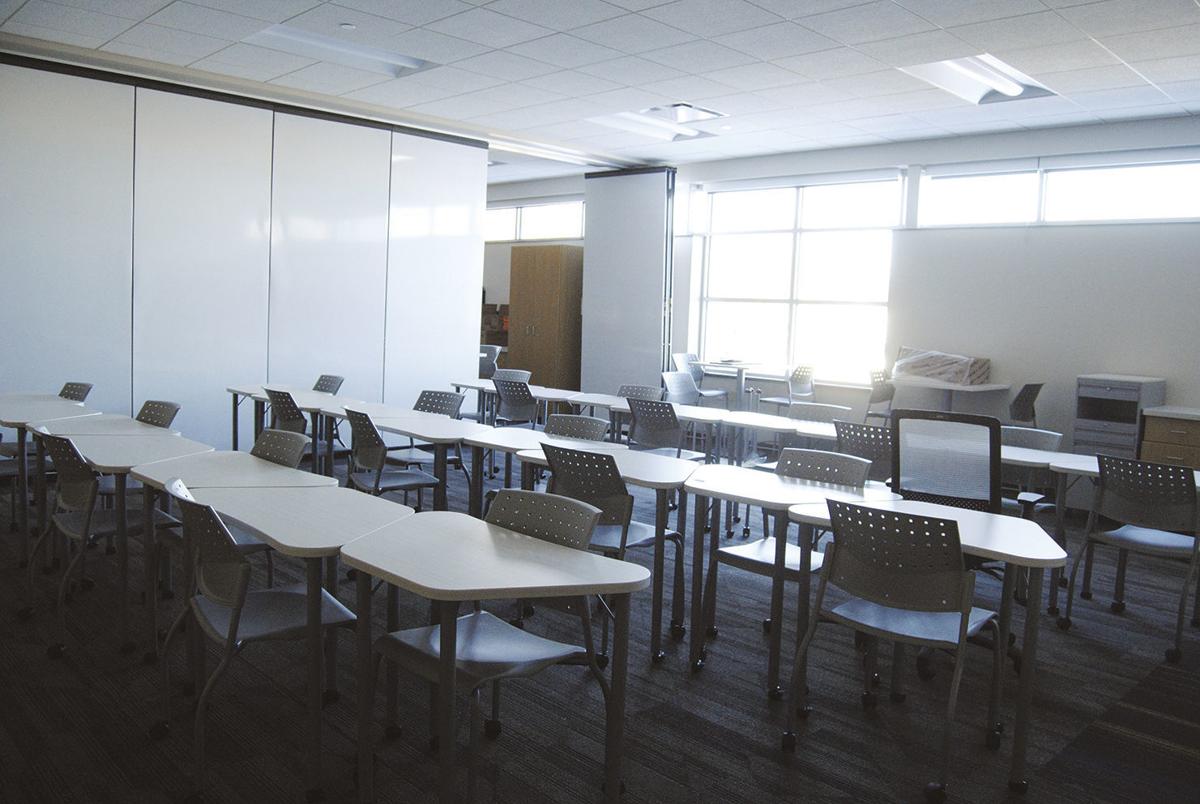 On of the new classroom spaces at Lake Mills High School is seen with a movable wall and flexible seating. 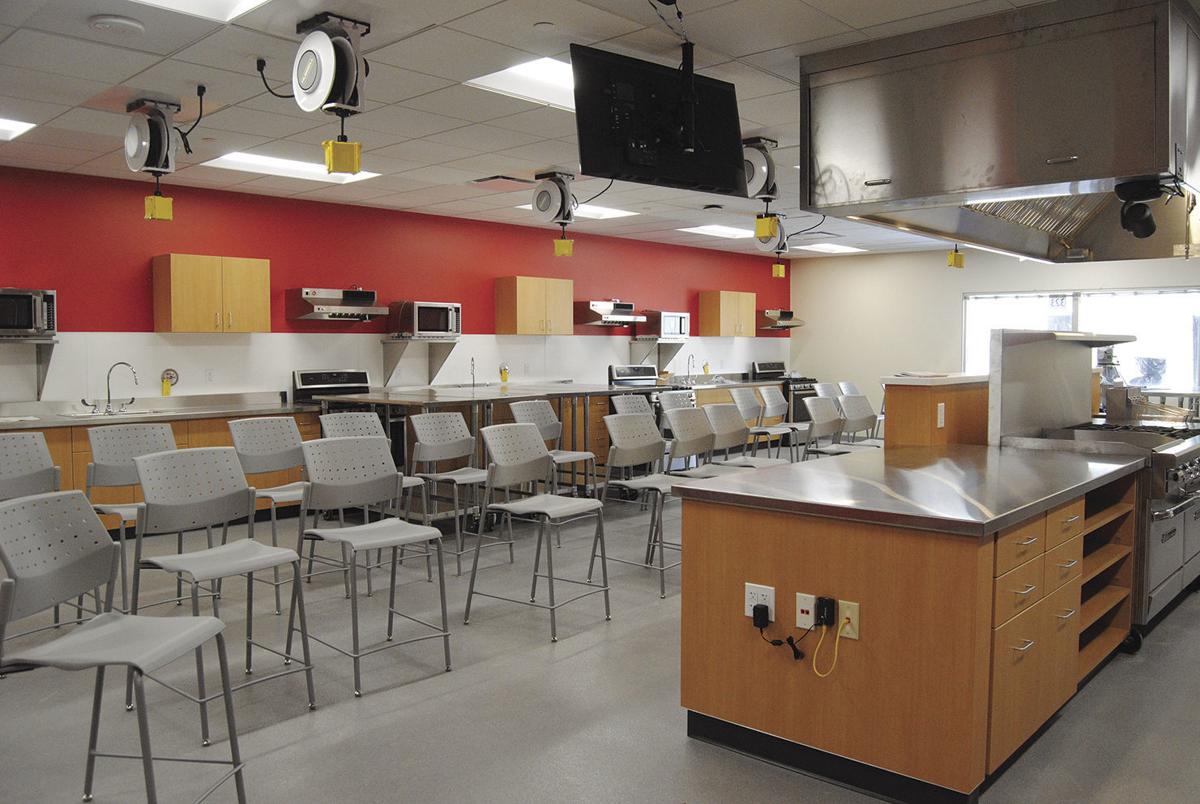 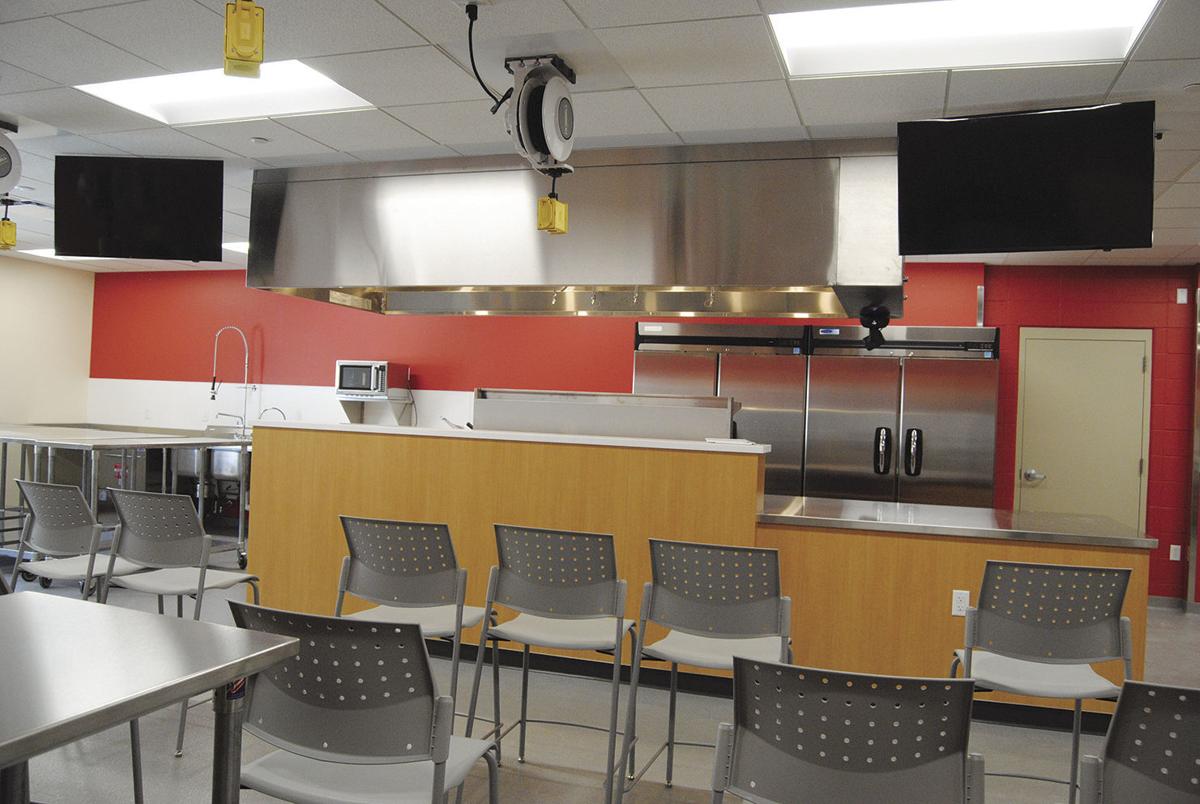 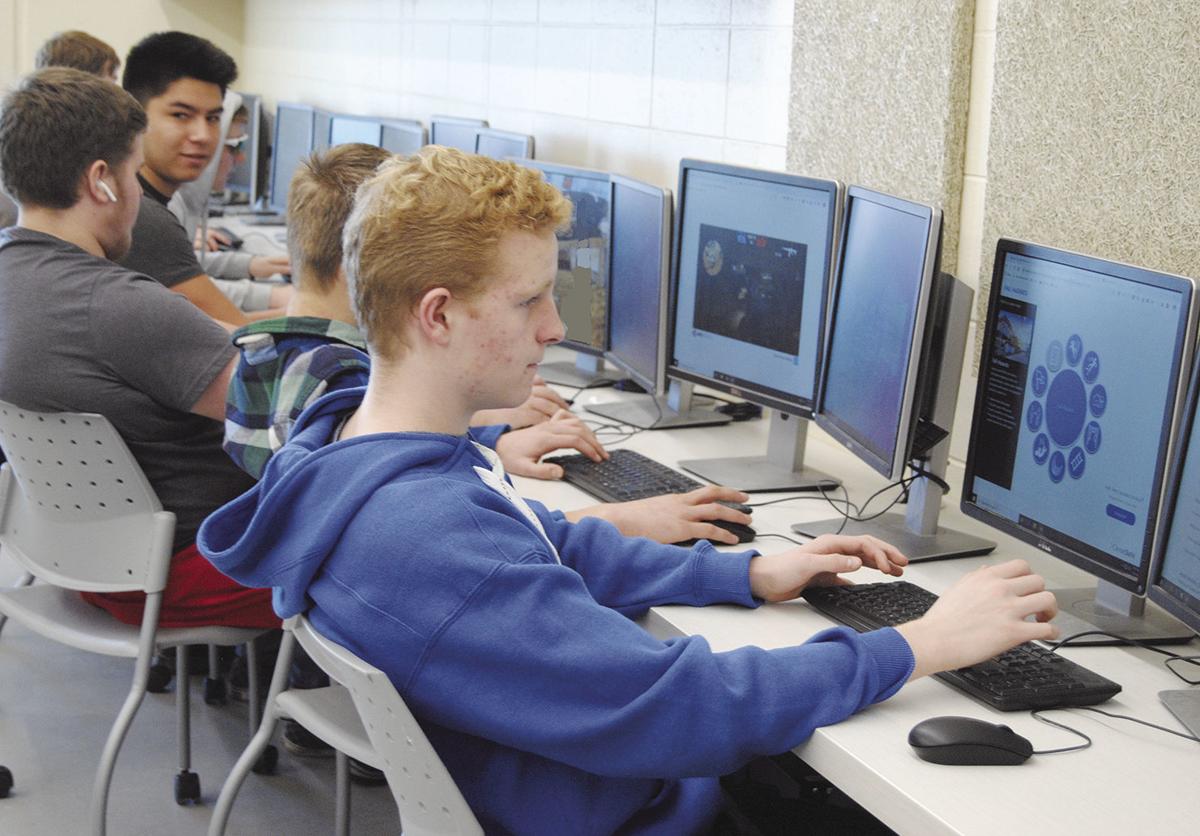 Students work in one of the new business education rooms at Lake Mills High School. 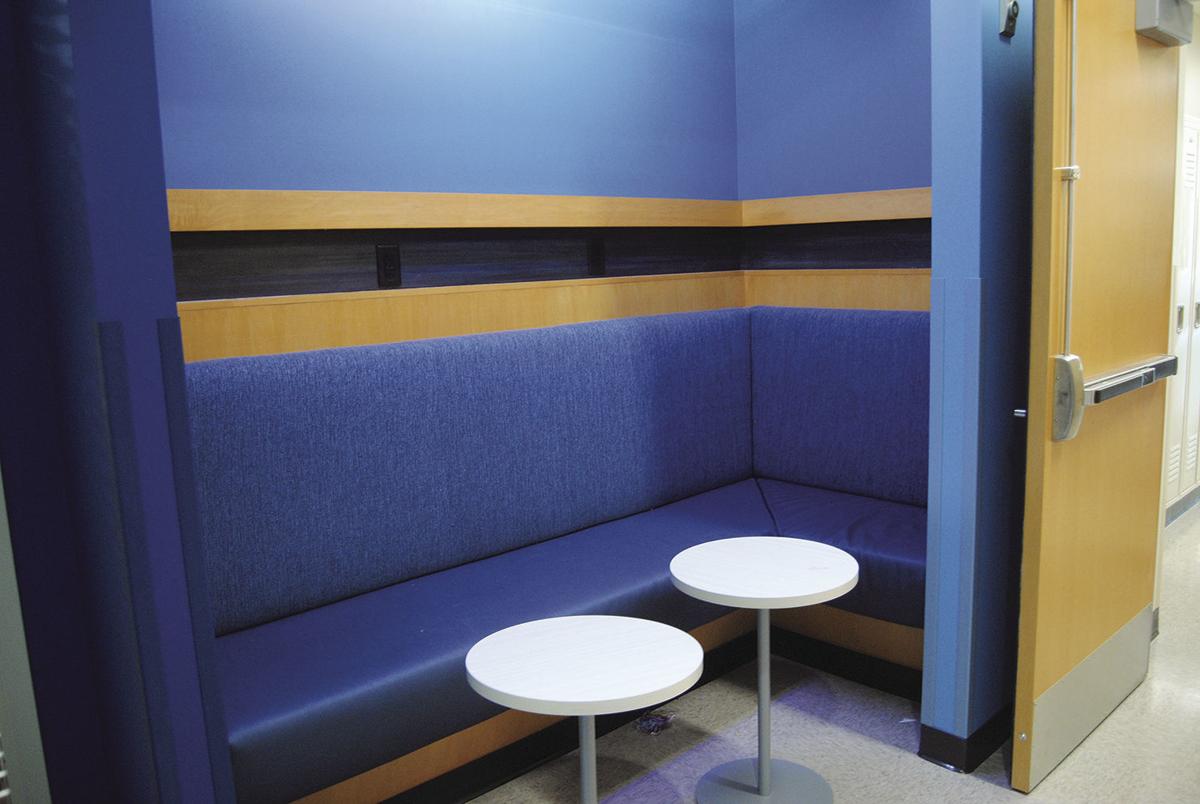 New seating areas for students were added in the hallways at Lake Mills High School. 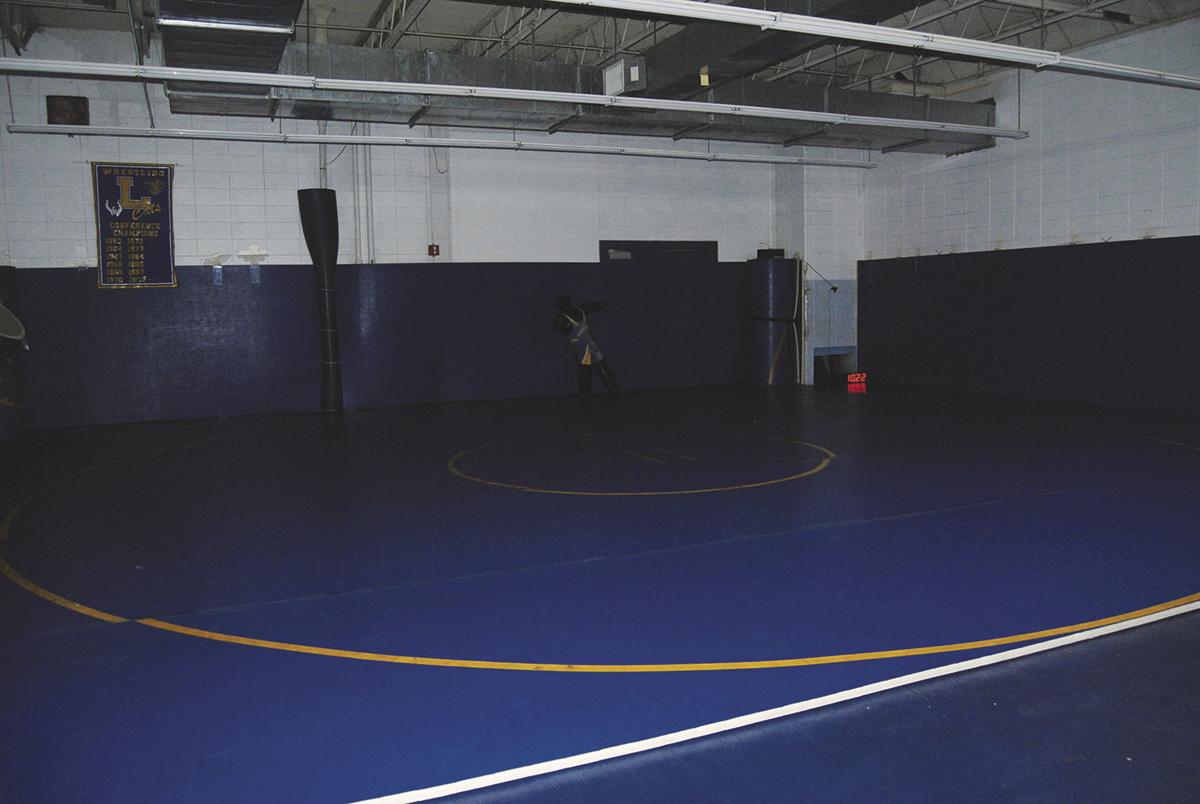 A wrestling room was a bonus added during the renovations at Lake Mills High School.

The new library at the front of Lake Mills High School is seen with light streaming in last week.

On of the new classroom spaces at Lake Mills High School is seen with a movable wall and flexible seating.

Students work in one of the new business education rooms at Lake Mills High School.

New seating areas for students were added in the hallways at Lake Mills High School.

A wrestling room was a bonus added during the renovations at Lake Mills High School.

“I had a vision in my head and this is so much more than what we promised people we were going to do if the referendum passed,” said the district administrator, who will retire July 1.

The $6.9 million-dollar referendum approved in November 2018 is sure to impress the community. Some of the highlights of the building project include improved and organized technology education, agriculture education and culinary arts rooms.

The library is now at the front of the new addition. The space is filled with light and will be a great space for students to work individually or in groups with a new small group work room with walls of glass making it possible for supervision of multiple groups of students at one time.

“Everything is very low intentionally to maximize light,” Streich said, referring to the low book shelves, which can also be used as a workspace.

The library also includes a large meeting and workspace area that will be used for school board meetings, professional development or classes.

“This should very easily sit 75 kids at one time,” she said.

A new school store for, The Paw, was added. It’s open during advisory and some days before and after school. The store is run by students in the business department.

With some of the extra referendum funds the district was able to put in specialized carpeting in the entryway of the school, really improving the look of the entryway to the school, and the benches in the hallway next to the cafeteria were moved to a different location to accommodate for the 120-160 students eating breakfast daily.

“We need the space. Our enrollment is growing, so we had to open up this area.”

The six new classrooms at the school are ready, teachers moved in earlier this week and students are now utilizing the space. The classrooms include new transitional seating that can be moved to accommodate the teachers or students’ needs. The space includes a movable wall that can increase the classroom space to accommodate for a number of different uses.

“We are giving kids maximum flexibility,” Streich said, referring to the different types of tables in the room including comfortable chairs with tables, traditional tables with chairs and taller standing or sitting workstations.

“We also have the movable wall that is magnetic and a whiteboard,” she said. “We have no large spaces, all our traditional classrooms are so small, when you have an event where you want to bring 50 kids together we don’t really have that here, but now this gives us options.”

With the referendum project the district did its best to not only build for today’s needs but for tomorrows as well.

“What happens if someday we become more of a technical school or college where you have a lecture and then break out into small groups. Who knows what it’s going to be like in five, 10 or 20 years. We wanted to build in as much flexibility as possible.”

More bathrooms were added in the project and the JEDI classroom and foreign language will move upstairs to the former English hallway. The English teachers have moved to the new classrooms to give all students, no matter their year in school an opportunity to use the new area.

One of the most important safety features added to the school is a sprinkler system throughout the whole building, but it won’t be completed until summer.

The special education and English Language Learners will have a centralized space in the school where the former business education rooms were located. The business rooms moved upstairs to the new interior classrooms located where the library once was.

“This is at the level of Madison College now,” Streich said, and officials at the college have expressed interest in dual credit classes in the new area.

The culinary arts wing is located next to the new agriculture classroom to allow the classes to work together. The classroom will also work as a restaurant area when the class needs it.

“We made it so the agriculture classes could come in here and butcher a side of beef or prepare the tilapia. There is a commercial grade fryer.”

“We were able to touch each academic area with the referendum.”

A bonus was the addition of a wrestling room in the old weight room space, something the school has never had before.

“Dance can be in here or PE classes doing yoga. This was a huge bonus.”

Streich says the new technology education and weight room area is so much more than what they told the community it would be.

“We did all this work to the weight room which allowed us to do an all new ag room.”

The agriculture classroom is also connected to the school’s greenhouse and the technology education area can now be supervised by the same teacher with the way they have it set up.

School officials have managed to wrap the old in with the new. Not only does the outside of the building look as if it was always there. The colors in the carpeting in new areas were chosen with the old tile mosaic in the front entryway in mind.

“This is always our palett,” Streich said.