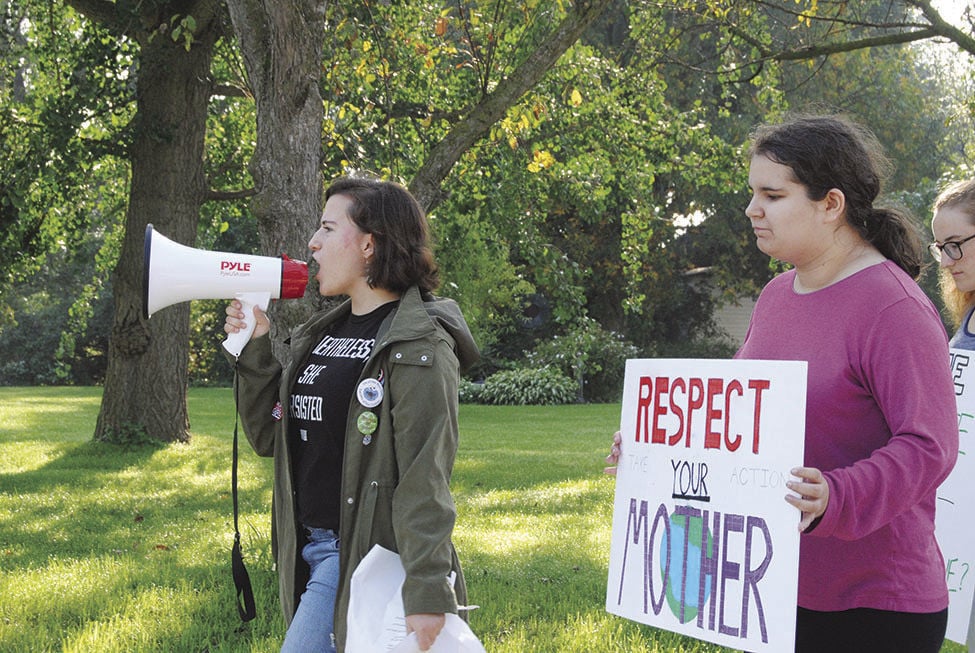 Laney Janczy leads students from Lake Mills High School down Main Street as a part of protests that went on worldwide Friday, Sept. 20. Below, Janczy stands on the steps of the Lake Mills Municipal Building 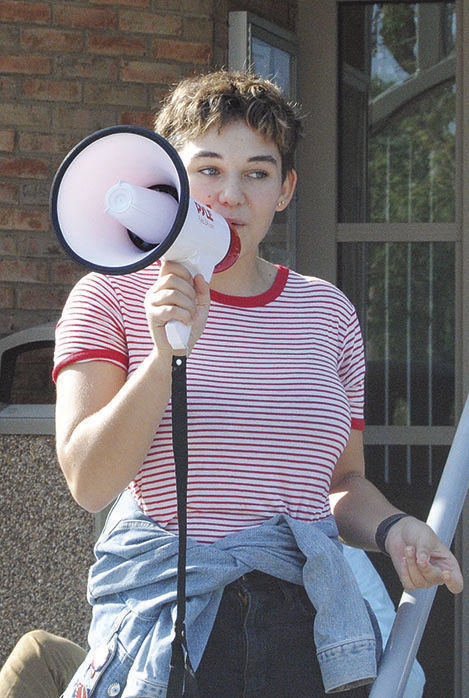 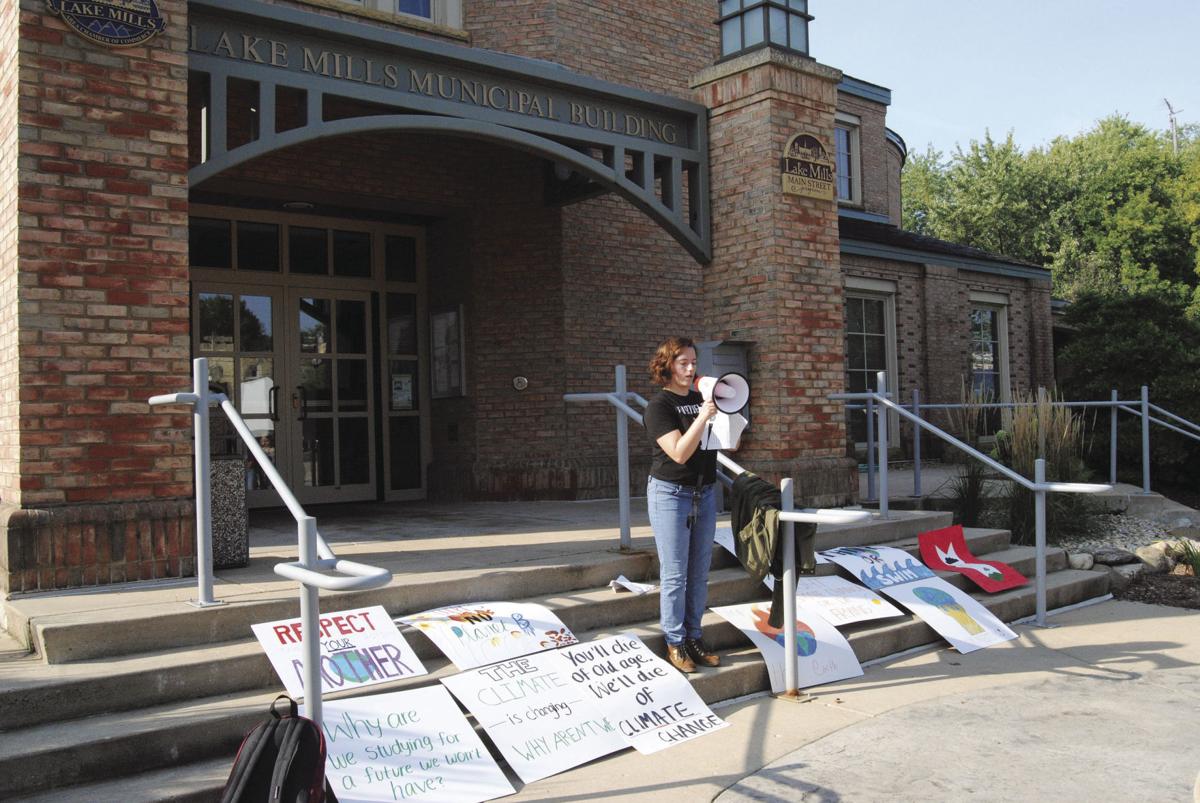 Laney Janczy stands on the steps of the Lake Mills Municipal Building to bring attention to the importance of climate change and call lawmakers to action.

Laney Janczy leads students from Lake Mills High School down Main Street as a part of protests that went on worldwide Friday, Sept. 20. Below, Janczy stands on the steps of the Lake Mills Municipal Building

Laney Janczy stands on the steps of the Lake Mills Municipal Building to bring attention to the importance of climate change and call lawmakers to action.

“When the Earth is under attack what do we do? We stand up and fight back,” was the chant of students from Lake Mills High School marching Friday, Sept. 20 in support of climate change legislation.

Students took part in an 11-minute protest during their advisory period outside the high school before walking down Main Street to the Lake Mills Municipal Building to spread awareness for the problem inherited to them from generations before. The protest was a part of a larger string of school strikes worldwide on Sept. 20. Students who left school grounds had to have permission from a parent.

Laney Janczy led students on the march using a bullhorn the get her point across. When Janczy and her fellow students reached the municipal building, her dad was there in support holding a homemade sign.

“Our future is on the line,” Janczy said. “There is not enough action form state officials. Climate change is the most important issue.”

In a speech to her fellow marchers Janczy expressed her frustration with inaction on the topic.

“Every single day Americans are failing by sitting idly by, particularly our lawmakers,” she said

“The facts have been on the table for far too long. We have known the effects of climate change for decades and we have done nothing significant,” she said. “It’s time we take aggressive action to stop global warming.”

She said she is afraid to have kids of her own for fear they will inherit the same issues as her generation.

“Until those in power take serious action to reduce carbon emissions, many like me, many like us here today will scream for change until we cannot breathe the air anymore.”

Annie Purisch thanked her fellow students for joining her on the protest.

“There is power in numbers and if we organize, if we rise up together we can make a change,” she said.

Janczy said her and her fellow students are thankful for school officials letting them have the 11-minute protest outside the school.

Adults who joined the protest said the students are brave.

“It’s their future,” said Ronni Monroe. “I feel personally responsible for their crisis. Maybe I didn’t do enough.”

Joe Janczy said his daughter is personally concerned about the climate crisis.

“What are their parents doing to have a livable future,” said Steve Bower. “The weather around the nation is getting worse.”

“We are reaching tipping points where we won’t be able to turn this around,” Monroe said.

They report showed it’s possible to limit warming to 1.5 degrees by cutting emissions by half by 2030 and reaching zero emissions by 2050.

Scientists know that certain gasses trap heat and act like a blanket to warm the planet. One of the most important is carbon dioxide, which is released into the atmosphere when fossil fuels are burned — oil, coal and natural gas — to generate electricity, power vehicles and heat homes.

Youth Climate Strike is asking for Gov. Evers, counties and municipalities to declare a climate state of emergency for the future of the planet.

After the 15 minute rally students marched back to school.