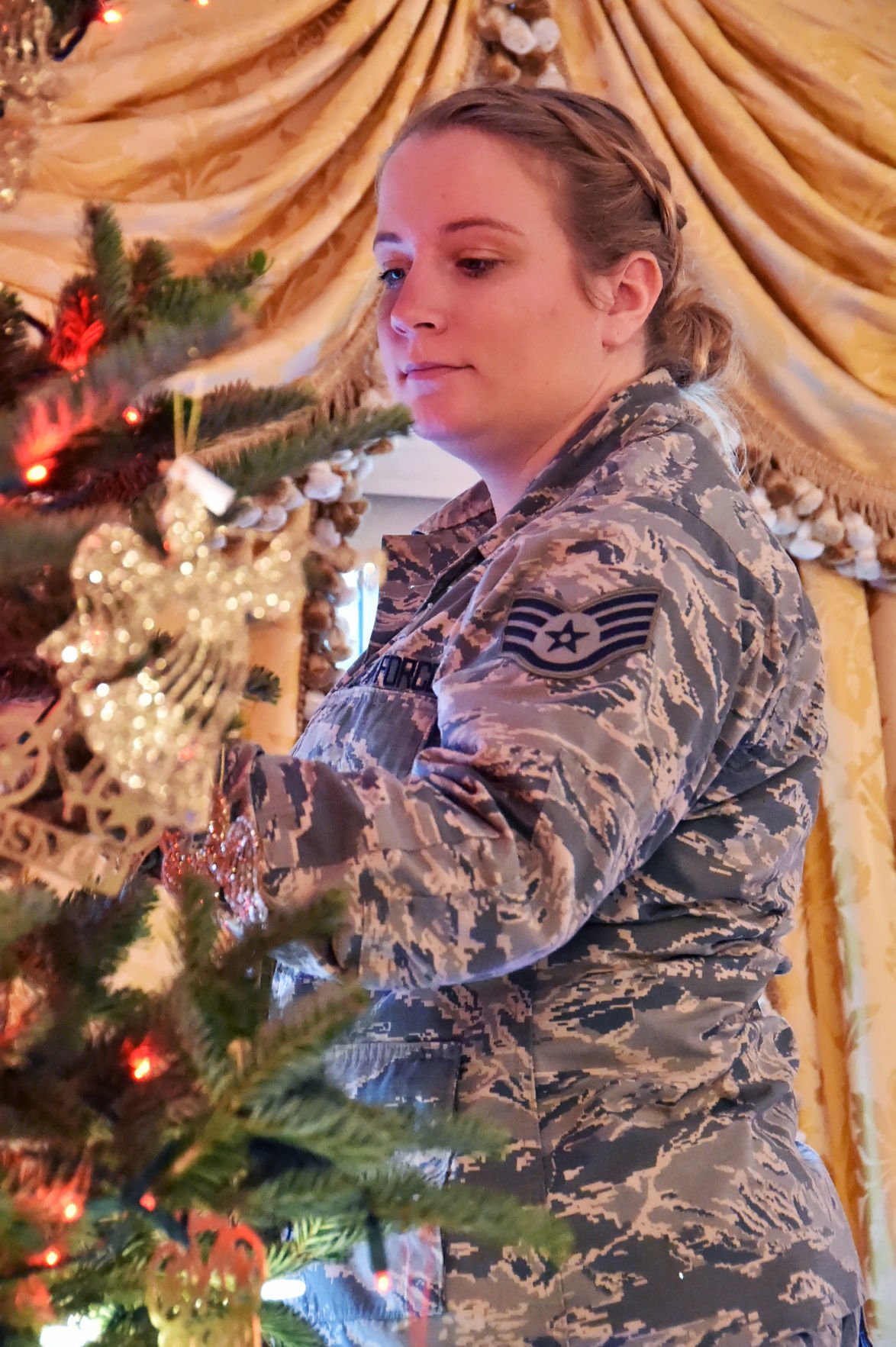 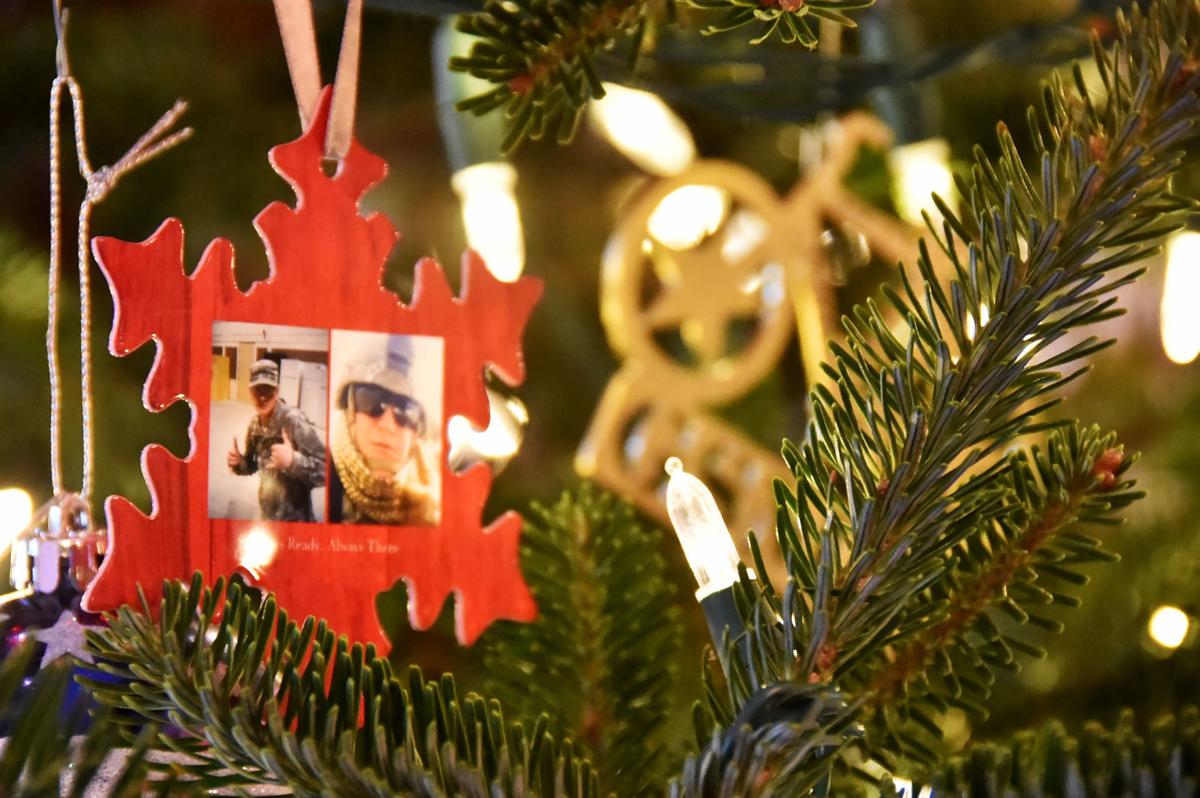 A holiday tradition which began at the Wisconsin Executive Residence 15 years ago will continue to honor those service members who cannot be home for the holidays.

The Tribute to Our Troops tree began in 2005, and Linda Hughes of Cambria has provided ornaments for the tree each year.

“Gov. [Jim] Doyle and his wife wanted to share their sorrow with the many families who were losing loved ones killed in action in Iraq, so they publicly recognized these families by decorating a tree in memory, and hosting a reception in December for these families,” Hughes said. “The tree also honors the many veterans and those serving today.”

Hughes said she was happy to learn that Gov. Tony Evers would continue the tradition this year. Volunteers from the Wisconsin National Guard and its Service Member Support Division helped Hughes decorate the tree at the Executive Residence Nov. 21.

Maria Koloviy, a civilian employee with the Service Members Support Division, called the Tribute to Our Troops tree “unique.”

“We just want to show our appreciation by doing this,” she said, acknowledging the sacrifice men and women in the Armed Forces make by serving in the military.

“It’s an honor and a privilege to be able to come back here and help decorate this tree,” Lo said.

Staff Sgt. Laura Gregory, a member of the communications flight with the 115th Fighter Wing, decorated the tree for the first time.

“I think it’s really important to be aware of all those who won’t be home for Christmas this year,” Gregory explained.

Deborah Severson retired from the Wisconsin Air National Guard in July 2018, but helped coordinate the public call for ornament donations for the Tribute to Our Troops tree for several years with the Service Members Support Division. She is a veteran advocate today, and asked if she could help decorate this year.

“It’s hard to give up, because it means so much to so many people,” she acknowledged. “This is just another small way I can give back.”

Hughes incorporates a theme into each year’s ornaments. This year, Hughes broke bones in her hand during a bicycling accident while vacationing on Florida, which prevented her from making ornaments by hand. But a 15-mile Gold Star Memorial Trail between Horicon and Mayville, Wisconsin commemorating six area fallen service members was selling bicycle-shaped ornaments to raise funds to complete the project.

“I knew that was what I wanted to put on the tree,” Hughes said.