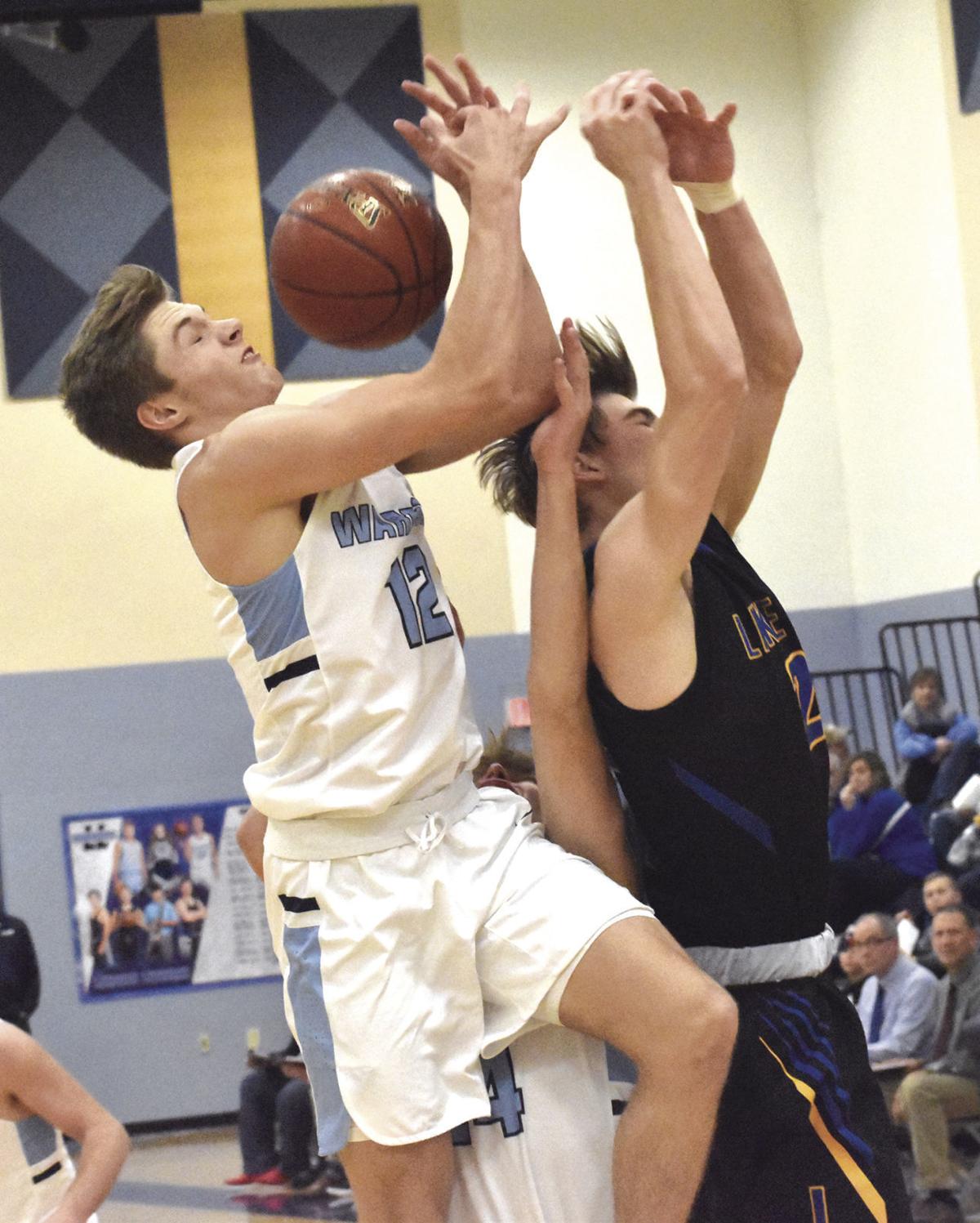 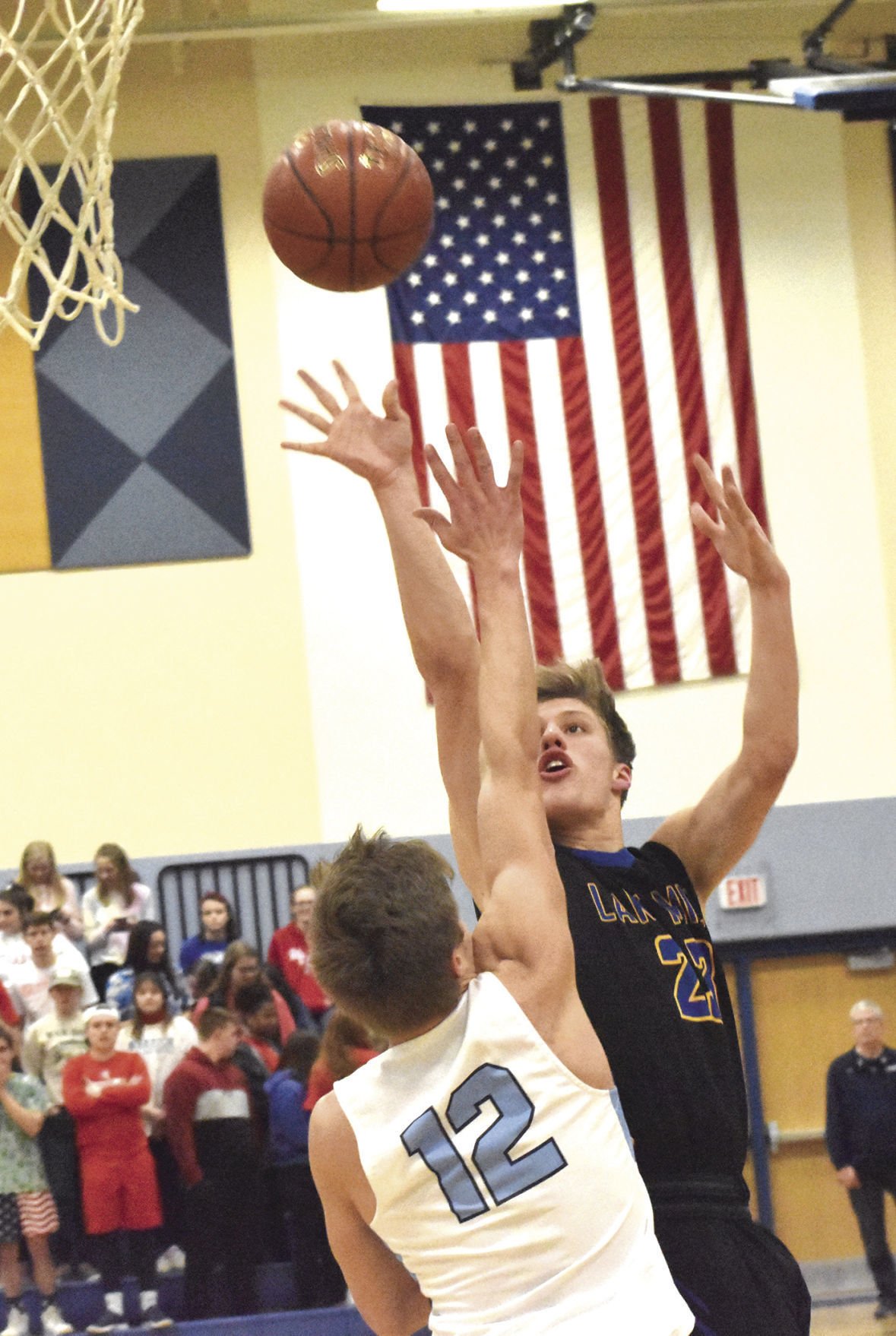 Lakeside Lutheran junior guard Brendan McKenna shoots a 3-pointer during the first half of a Capitol North game against Lake Mills at LLHS on Thursday. McKenna scored six points in the Warriors’ 65-49 defeat. 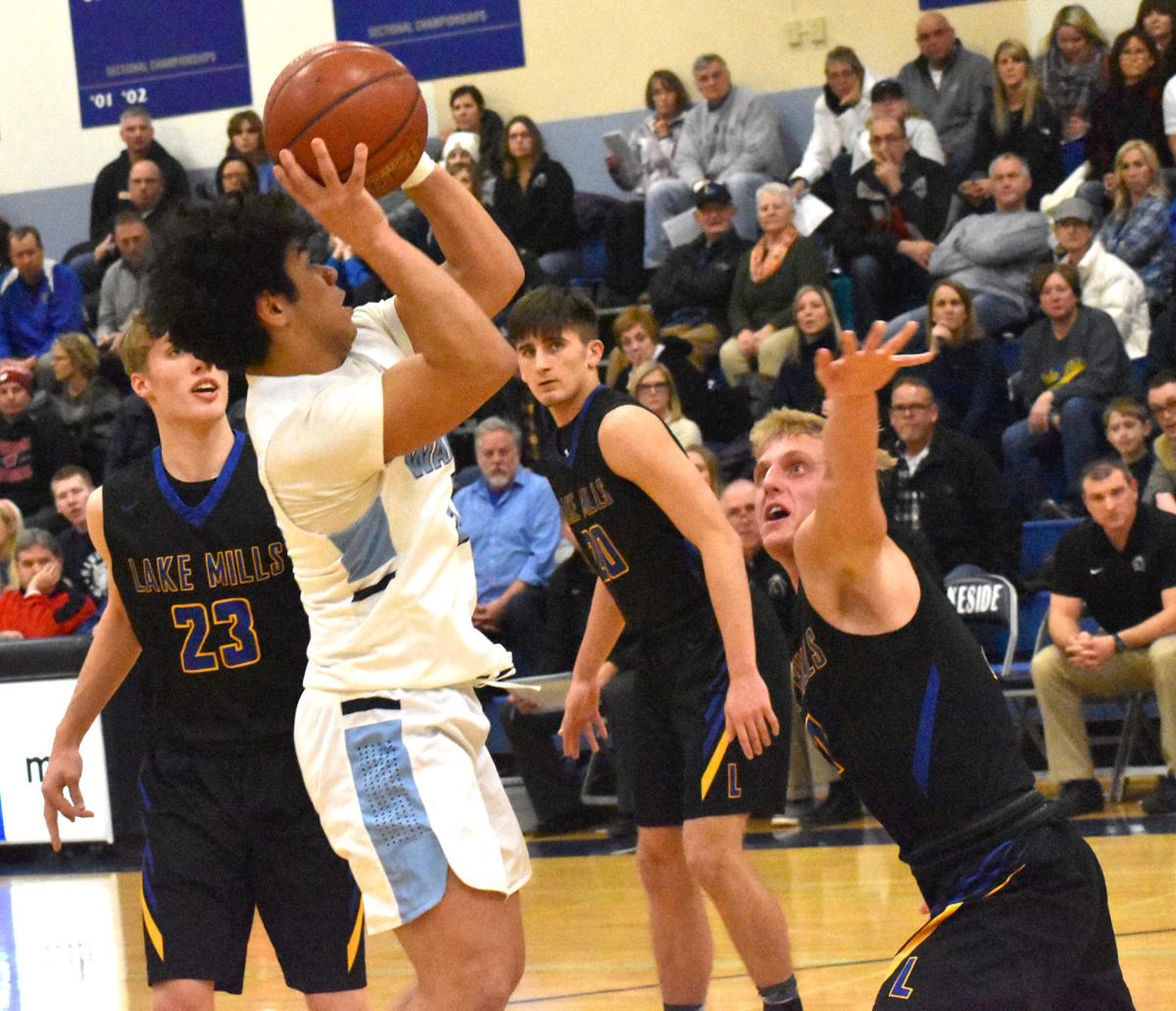 Lakeside Lutheran junior guard Brendan McKenna shoots a 3-pointer during the first half of a Capitol North game against Lake Mills at LLHS on Thursday. McKenna scored six points in the Warriors’ 65-49 defeat.

Home teams had won the last five games in the crosstown rivalry, including two regional playoff victories for Lakeside Lutheran.

The Lake Mills boys basketball team ended that streak with a 65-49 Capitol North victory over the host Warriors on Thursday, sweeping the season series.

Bender hit three 3-pointers in the early going, part of a 16-4 Lake Mills (16-3, 6-1 in conference) run to open the game. Lakeside (9-10, 3-4) countered with nine straight points, including four from junior guard Brendan McKenna and a 3 by junior forward John O’Donnell.

“I thought we came out and played real well especially in the first half, that set the tone,” Lake Mills boys basketball coach Steve Hicklin said. “To start the game, Charlie hit those three 3s to get us off the on the right foot.”

The L-Cats led 38-25 at the break after senior guard Matt Johnson and Moen intercepted passes, each going the length of the floor for a layup late in the first half.

“We picked up our pressure on the ball and picked off some of those entry passes,” Hicklin said. “Just keeping them in front and not letting guys get to the basket off the dribble. We got beat on some cuts, they did a good job of that. I was happy with the way we guarded the ball.”

Warrior senior guard Carter Schneider made a 3 and junior forward Ian Olszewski hit a pair of free throws to make it 44-32 with 12 minutes remaining.

“We ran into a good team tonight that played well,” Lakeside Lutheran boys basketball coach Todd Jahns said. “We struggled tonight offensively. We had a tough night, but a big part of that was Lake Mills defending us well.”

Bender then had a layin and Moen had a successful 3-point play as Lake Mills remained tied with Columbus, which beat Poynette 60-33 on Thursday, in the conference race.

Schneider and junior forward John O’Donnell each scored nine for the Warriors (9-10, 3-4).

“That’s been one of our struggles all year long, we don’t come out of the gates real fast,” Jahns said of the opening minutes. “I’m not sure what the cause of that is. I felt we were very tentative coming out of the gates, hoping something would happen versus attacking the game and going. We talked about staying with shooters. We wanted to minimize their effectiveness from 3-point range.

“I thought Steve did a nice job of adjusting a few things, they went inside a little bit in the second half. We played behind the post and tried to take away the perimeter guys.”

BELOIT — Dai’Vontrelle Strong and Jordan Majeed each scored 18 points for the Beloit Turner Trojans as they earned an 81-49 victory over visiting Lakeside Lutheran in a non-conference boys basketball game on Tuesday night.

Burrows made five 3-pointers and Majeed, who reached the 1,000-point milestone on Friday against Jefferson, added three of his own. The Trojans (14-3) outscored Lakeside, 58-24, in the first half.

Carter Schneider and Levi Birkholz each scored 15 points to lead Lakeside Lutheran. The Warriors made a total of four 3-pointers.