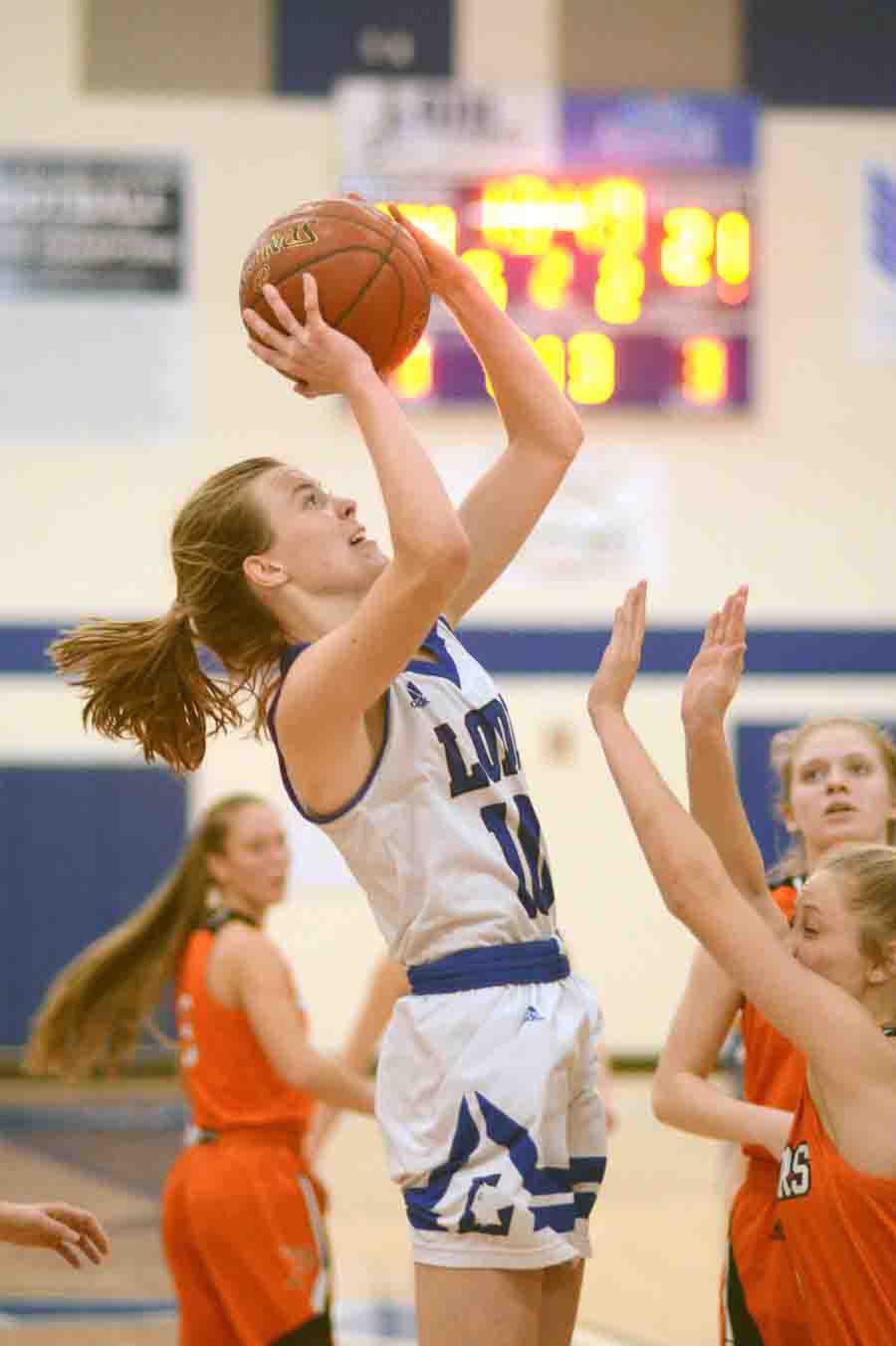 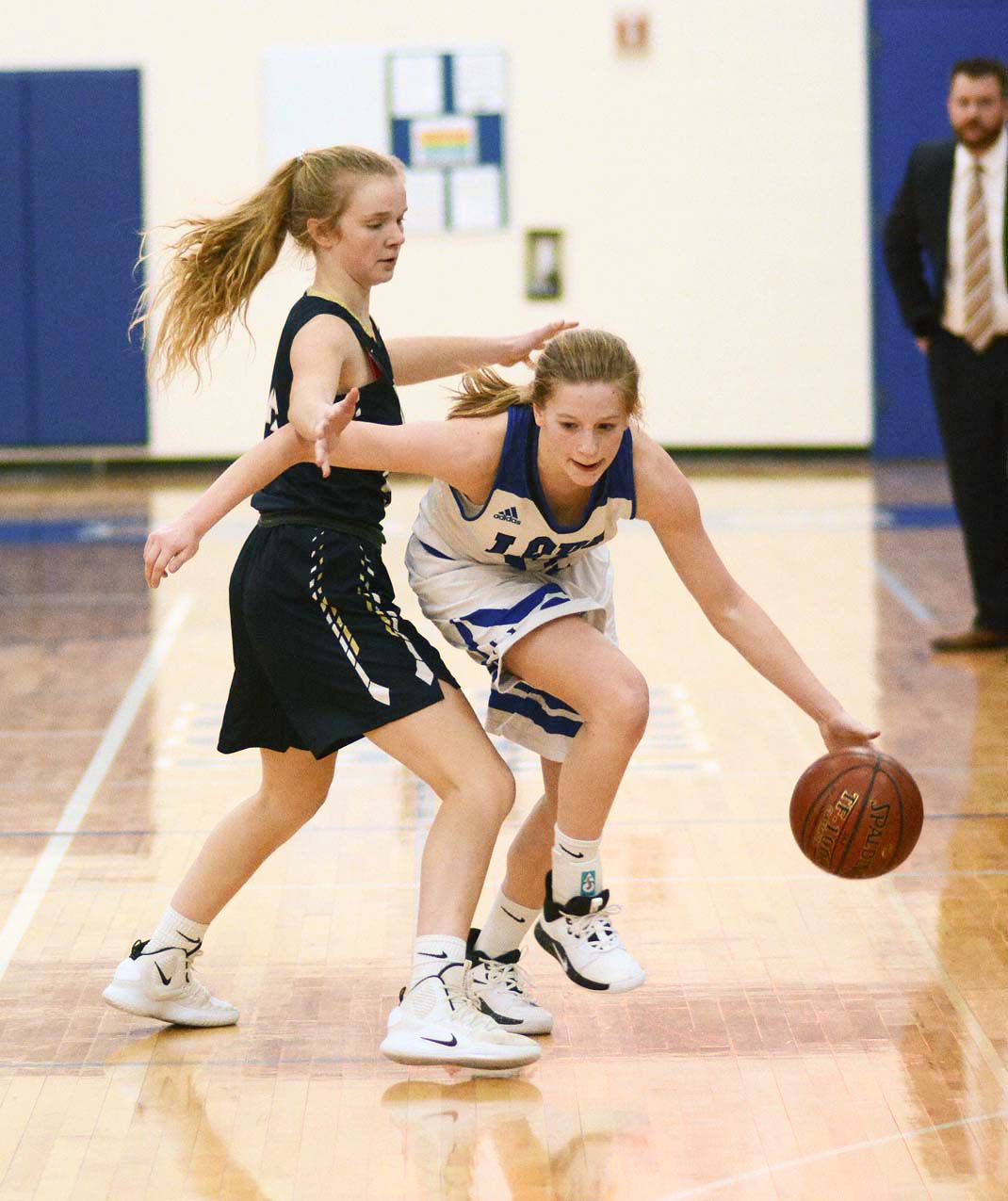 Junior Jaden Kolinski led Lodi in both rebounds (8.2 per game) and assists (3.2).

Junior Jaden Kolinski led Lodi in both rebounds (8.2 per game) and assists (3.2).

Although they didn’t repeat as Capitol North Conference champions, the Lodi girls basketball team put together a successful season.

“As I reflect on the season, this was definitely a roller coaster of a ride,” Lodi coach Michelle Puls said. “We had our ups and downs. We would take three steps forward and then two steps back. However, when we found our groove — pressure defense, switching on everything, pressing and everyone who plays is an offensive threat — we were a tough team to beat.”

The Lady Blue Devils were in the Capitol North title hunt until late in the season. They finished 7-3 to tie Watertown Luther Prep for second place behind Lake Mills (9-1).

It took Lodi some time to get going. They opened the season by going 6-4 in the first 10 games.

The Lady Blue Devils closed out the regular season strong. They claimed seven wins in their final 10 games.

The final surge included a big win over Lakeside Lutheran and handing Lake Mills its only conference loss, 58-49.

The Blue Devils opened the up the WIAA Division 3 playoffs with a 50-34 victory over Wisconsin Dells, but lost 75-40 to Platteville in the next round.

The Lady Blue Devils were led this year by junior guard Lauryn Milne, who went over the 1,000-point mark for her career during the season. She led Lodi with 18.4 points per game, was second with 5.6 rebounds per game and third with 2.5 assists per game.

Junior guard Jaden Kolinski also had a big season. She averaged 16 points, a team-best 8.2 rebounds and a team-high 3.2 assists per game.

Milne and Kolinski were both named first-team all-conference, while sophomore guard Dylann Harrington was an honorable mention pick.

The Lady Blue Devils had just two seniors on this year’s roster, including guard Sam Mori and post Morgan McNeill.

“Sam simply wanted to play basketball and be part of a team regardless of what team it was. Many girls would not see it this way, but Sam is mature beyond her years and gets it,” Paulson said. “Morgan played behind some pretty good post players the last three years, therefore she did not see many varsity minutes, but she took this as a challenge. She battled with them and learned from them. But more importantly, she started believing in herself. Fast forward to her senior year and Morgan was not going to be denied. She came in with more confidence than I have ever seen and really came to play each and every game.”

The good news for the Lady Blue Devils is that they will return 12 players from this year’s team. They should be in the title hunt again next season.

“We have the majority of the girls back next season,” Paulson said. “Therefore, we should be able to compete in conference.”