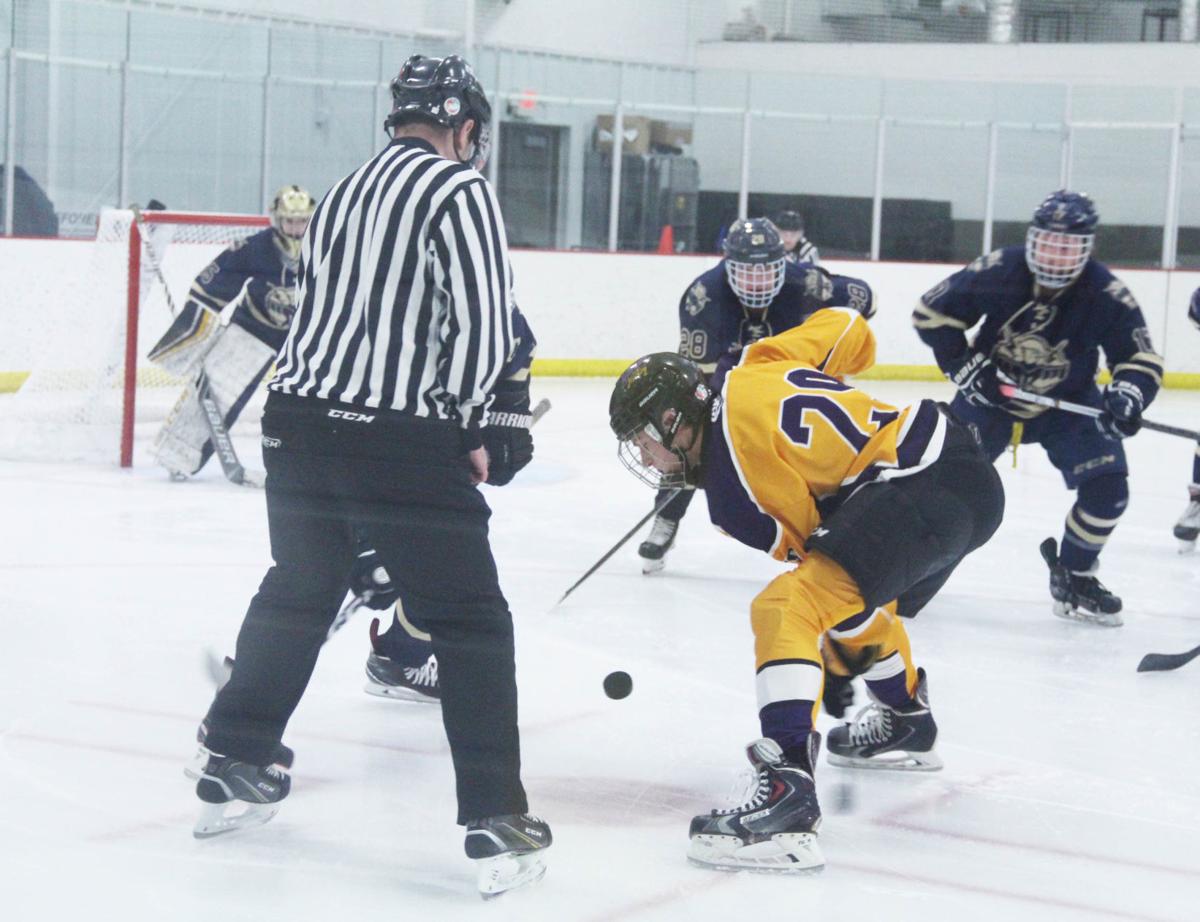 The Norskies’ Finnegan Melchior tries to win a face-off against Baraboo. 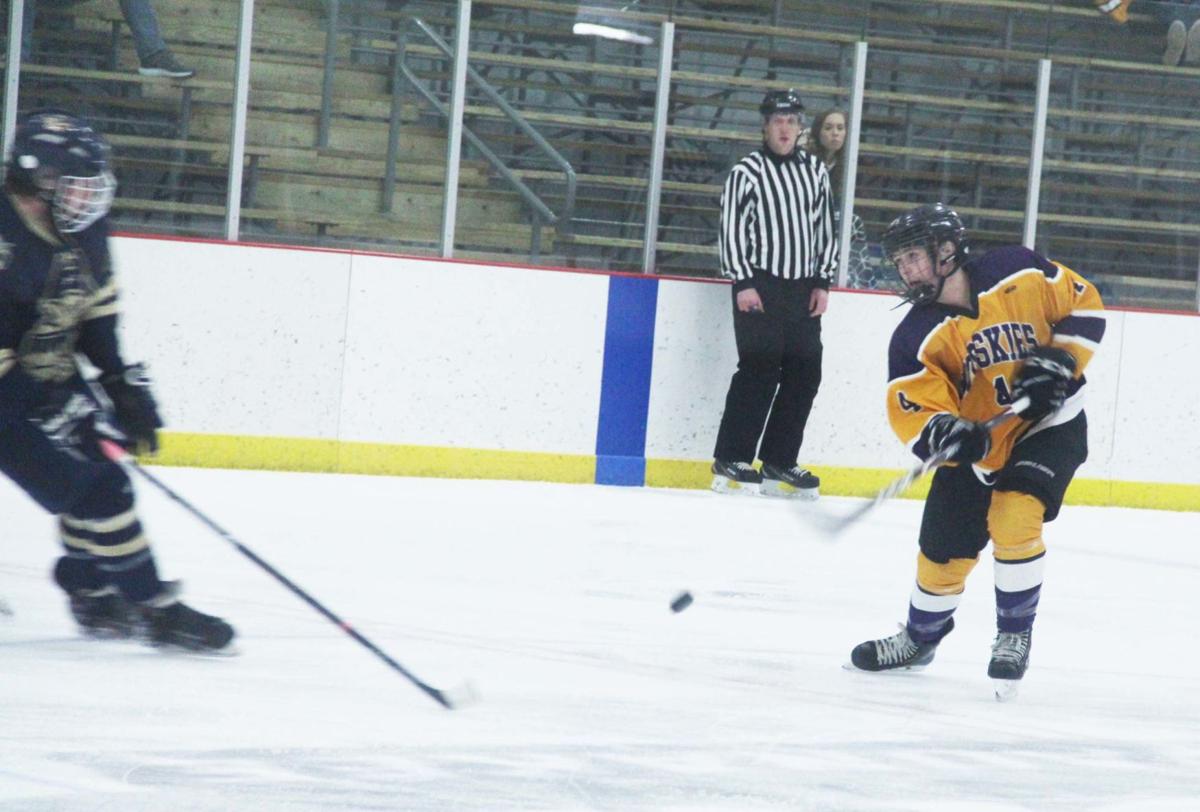 The Norskies' Caden Leatherberry fires a shot at the net against Baraboo.

The Norskies’ Finnegan Melchior tries to win a face-off against Baraboo.

The Norskies' Caden Leatherberry fires a shot at the net against Baraboo.

The DeForest boys hockey co-op had an opportunity to win its first Badger North Conference game on Jan. 16, but came up a goal short against visiting Baraboo at the Ice Pond.

The game was tied at one heading into the third period, where the Thunderbirds scored the winning goal in a 2-1 victory.

The loss dropped the Norskies to 4-12 overall and 0-6 in the Badger North. Of the six conference losses, four have come by two or less goals.

Baraboo grabbed momentum early, as Campbell Koseor scored a goal 16 seconds into the contest. Josh Beale and Luna Larson assisted on the goal.

The Norskies tied the game at the 8:15 mark of the first period with a goal by Bryce Jacobsen. Nicholas Garnell assisted on the goal.

Both teams played great defense in the second period and the game remained tied heading into the third stanza.

The Thunderbirds broke the tie at the 9:15 mark of the third period. Koseor scored an unassisted goal.

Baraboo held a slight 28-24 edge in shots for the game.

DeForest goalie Joseph Brethouwer had a solid game in the loss. He finished with 26 saves.

In their final Badger North home games of the season, the Norskies will host Waunakee on Jan. 28 and Reedsburg on Jan. 30. Both games will start at 7:15.