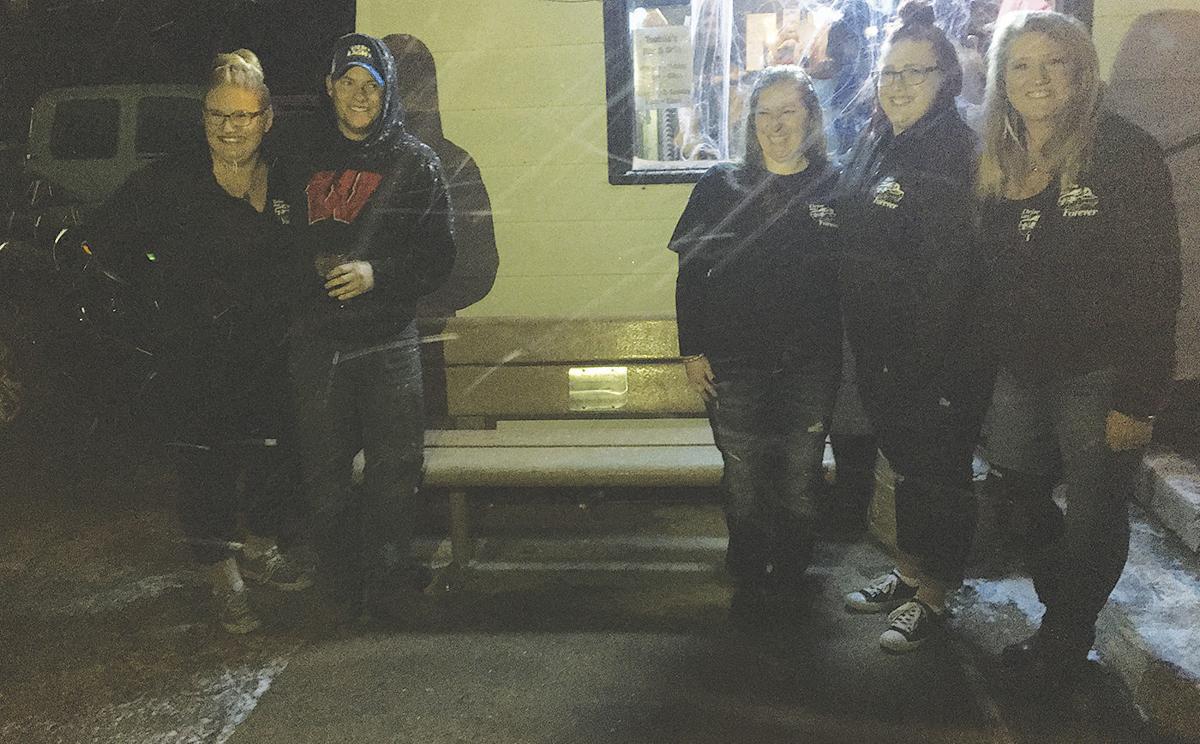 Family members stand beside a bench that has been dedicated in memory of Dalton Ziegler, the 24-year-old Waunakee High School graduate who was murdered in the town of Dane last October. 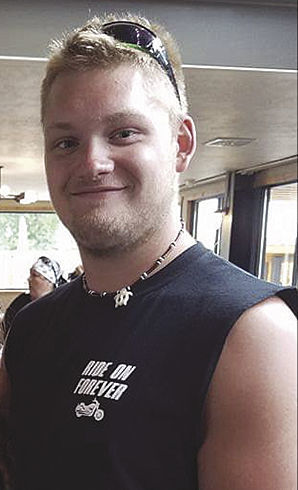 Family members stand beside a bench that has been dedicated in memory of Dalton Ziegler, the 24-year-old Waunakee High School graduate who was murdered in the town of Dane last October.

To mark the one-year anniversary of his death, the family of Dalton Ziegler unveiled a memorial in Dane last week. It would commemorate the life of a man loved by all those who knew him.

Ziegler died last year after an attack at his home in Dane.

The memorial – a handmade bench – has been placed outside Tootsies Bar & Grill.

According to friends and family, the establishment was Dalton’s favorite place to spend time outside of work and where he could often be found when he wasn’t helping someone in need.

“He was in here for breakfast, lunch and dinner,” said Tootsies’ owner Jody Thayer. “He would always come in here after work, with dirty hands and all…So a lot of people come here, knowing this is where he hung out, just to remember him.”

Ziegler’s godfather, Brian Zander, made a plaque for the bench bearing Dalton’s name.

Zander said it was important to the Ziegler family that their loved one be remembered in a way that paid homage to the activities he enjoyed – one of which was coming to Tootsies.

“This is what he enjoyed to do,” Zander said. “He enjoyed coming here to meet his friends. And this is where he came to just enjoy himself. So it’s only fitting to share in what he used to do, what he enjoyed doing at his favorite place.”

Ziegler said the establishment was also one of the final places she talked to her son before he was beaten to death on Oct. 30, 2018.

“The last time I saw him was at my granddaughter’s birthday party,” Ziegler said, “which was on Oct. 21. We were at the party, and then one of Dalton’s friends had a birthday party that night as well. So we came here to Tootsies…That was the last time I talked to him.”

Ziegler said she will never forget the day her son was murdered.

“Everyone knew where Dalton lived,” she said. “And my son Damien started getting phone calls and text messages asking what was going on at Dalton’s. They said there were cop cars and squad cars there…But nobody could get ahold of Dalton.”

Ziegler said she received a call from her youngest son shortly after 6 a.m., informing her of the situation. Though she was at work, Ziegler began pressing for more information.

“I called like three people,” Ziegler said. “No one would tell me what was going on. So finally, I left work and drove to Dalton’s, being the mother that I am. And when the Dane County Sheriff walked up to me, I said, ‘I’m Dalton’s mother. Tell me what is going on in my son’s home.’”

She asked to speak with Detective Brian Frisch, who was at the scene.

“Brian came up and looked at me,” Ziegler said. “And I just said, ‘He’s dead, isn’t he?’ Brian said yes, and I started crying.”

The detective drove Ziegler to the Lodi EMS building where the rest of her family awaited.

“I walked in,” Ziegler said, “and told them their brother was dead. My other daughter was late getting there. And when she walked in, I told her and she started screaming. It was a mess. Then I called everyone in the family to let them know what was going on.”

Zander said the news of his godson’s death came as a shock to him, and that the resulting grief is only compounded by the fact the 24-year-old was murdered for no fault of his own.

“It’s been very tough,” Zander said. “For somebody that young, and to have something that heinous happen to him for no reason, it’s been kind of hard and shocking. And you try to justify why it happened, and there’s really no answers for it. So you just try to move on.”

“It’s awful what happened to Dalton,” Ziegler said. “He was such a kind-hearted person that he didn’t deserve what happened to him in any way, shape or form…So it’s been really hard. The first year without somebody is the hardest. That’s when you have to learn to live without them.”

Ziegler described her brother as someone who arrived hours late to family gatherings, and that she still expects him to walk through the door two hours after they begin.

“For probably the first four months,” Ziegler said, “it was really difficult. I always wanted to call him, just to ask him a dumb question about my pickup or something on the farm. And I actually did try calling him a few times, until I realized he wasn’t going to answer.”

Ziegler said his brother became a mentor to him after their father died in a motorcycle accident in 2015 and that he could always rely on his older brother to be there to help him out.

“I lost my father and my grandpa,” Ziegler said. “So he tried to turn into a mentor for me. I could call always call him. And any problems I had or anything, he was always there. He’d give the shirt off his back for anybody…It’s hard to talk about him, but he had a heart of gold.”

Dalton’s sister, Raechel Ziegler, said she finds herself talking about him at least twice a week.

“He was my little brother,” she said, “my daughter’s uncle. We didn’t always get along, but he was always there when you needed him. He was just a big, cuddly teddy bear. He was a strong guy who was always willing to help everybody, no matter what time it was.”

Ziegler said her best memories involve Dalton spending time with her daughter, who would sometimes ride the tractor with her uncle while he was doing work on the farm.

“My favorite memories were of him interacting with my daughter,” Ziegler said, “singing songs with her in my car or dancing. He fell asleep cuddling her with on the couch one night, and that’s the background of my phone.”

Ziegler said it has been difficult explaining to her daughter that he’s gone.

“She’ll be four in a couple months,” Ziegler said. “She had just turned two and a half when he passed away. But she still asks about him all the time, so we show her the pictures and videos… It kind of breaks your heart sometimes – telling a 3-year-old that her uncle’s not here anymore.”

She said some days are harder than others, but that she is constantly reminded of her brother.

“I have good days and bad days,” Ziegler said. “I’m currently pregnant, so it’s another reminder that he’s not here because he was supposed to be the godfather.”

Ziegler said visiting the memorial will help her and her family with the grieving process.

“A lot of what we did was get together,” Ziegler said. “It’s just how we cope – getting together, and sharing memories of him…He was just a fun-loving, caring guy. He would do anything, give the shirt off his back for anybody, no matter what. And he’s missed by a lot of people.”