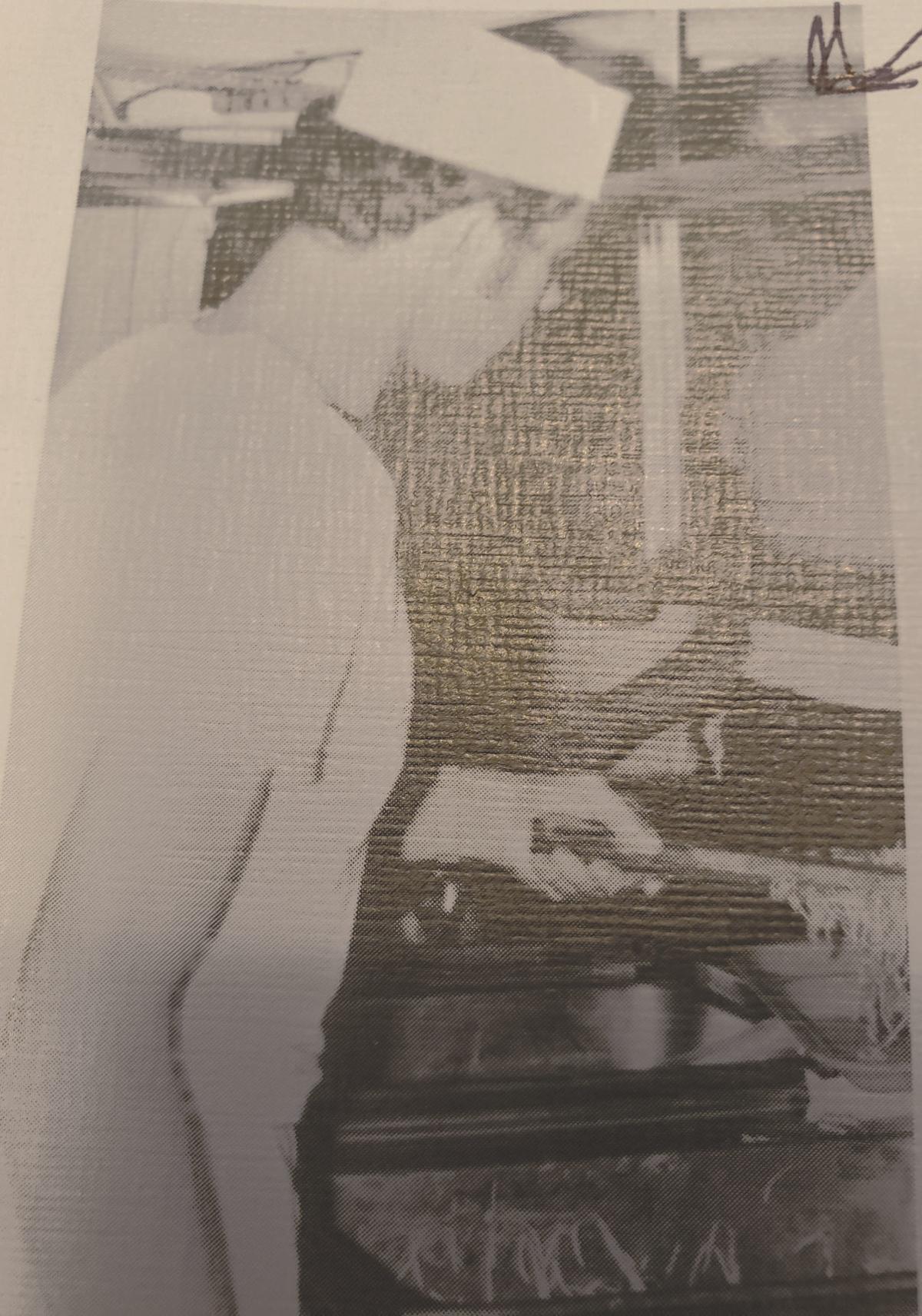 Foulker worked several shifts in the mess hall on the ship, preparing and distributing food. He cooked, worked in food supply and brought out food to bring up to the ship galleys. 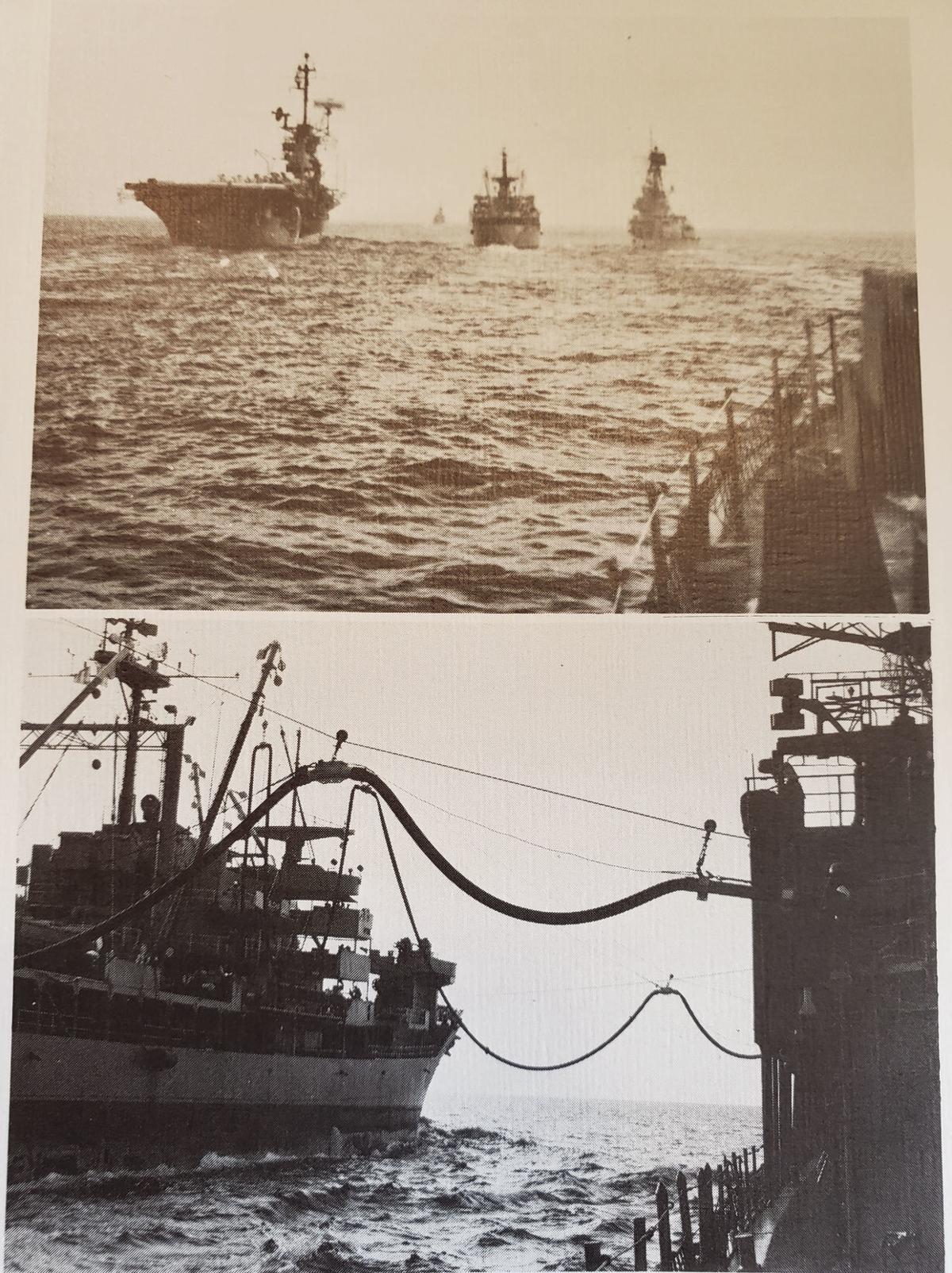 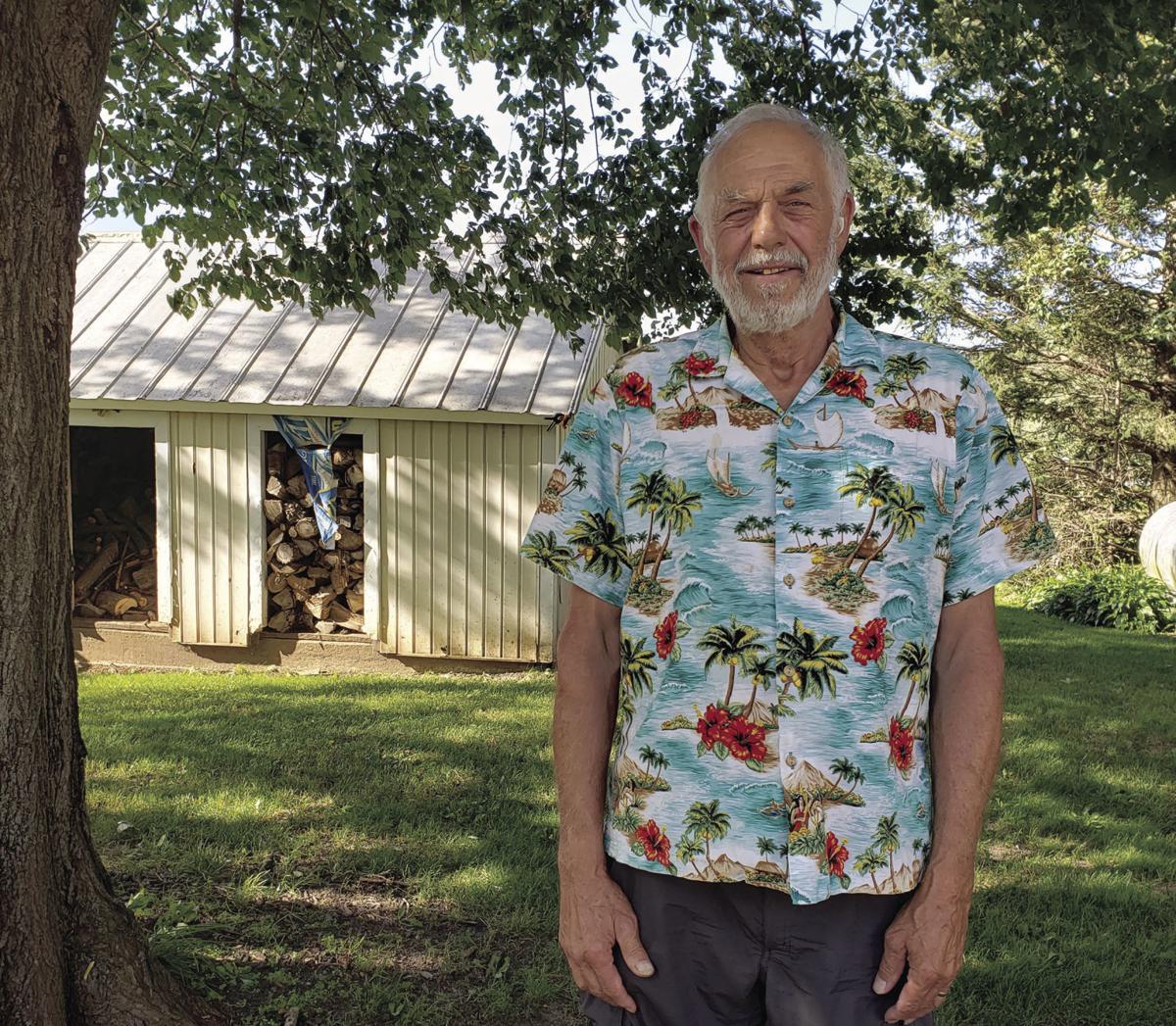 Navy Reserves veteran Jim Foulker has been living in Lodi for 40 years now but has traveled to all 50 states, Puerto Rico, and through the Panama Canal. 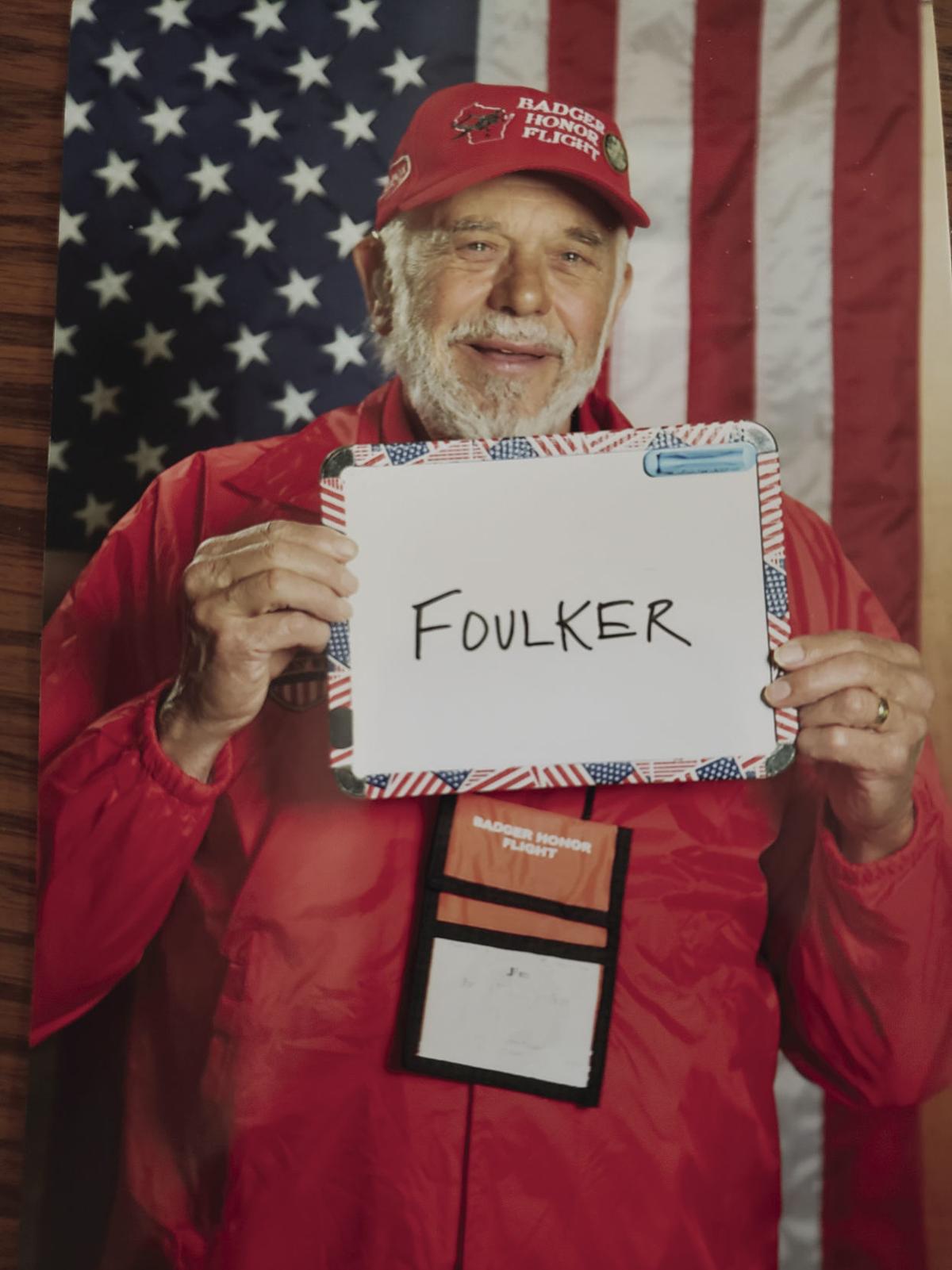 Foulker took a Badger Honor Flight trip this past May from the Madison airport to view the war memorials in Washington D.C.

Foulker worked several shifts in the mess hall on the ship, preparing and distributing food. He cooked, worked in food supply and brought out food to bring up to the ship galleys.

Navy Reserves veteran Jim Foulker has been living in Lodi for 40 years now but has traveled to all 50 states, Puerto Rico, and through the Panama Canal.

Foulker took a Badger Honor Flight trip this past May from the Madison airport to view the war memorials in Washington D.C.

Jim Foulker has lived on his country Lodi road for 40 years but that doesn’t mean he hasn’t traveled. Born in Monroe, he’s lived in Browntown, Blanchardville, DeForest, and Sun Prairie.

He’s traveled to all 50 states, to Puerto Rico, and through the Panama Canal. Twenty-two years retired now from the Navy Reserves, he’s thinking about Australia – a land he was close to but missed in the Navy. And that doesn’t even include time spent in the United States Navy outside North and South Vietnam in 1971-1973.

Foulker recalls voluntarily signing up for the Navy. He was #13 in the draft.

“I was going to electronics school in Des Moines, Iowa, and some ex-navy men I knew told me, ‘You’ve got to go Navy [when choosing a branch]’,” said Foulker. He ended up registering on seven different lists for the Navy.

Foulker lost 90 percent of his hearing in his left ear working on gun duty. His accuracy for numbers is notable.

“On the third of November, 1970, I was sworn into the Navy, and I graduated from school December of that year,” he recalls.

“It was a 28-year-old tin can destroyer,” said Foulker, explaining the ship was used in World War II and underwent extensive repairs. Equipment aboard the ship that converted ocean saltwater to fresh water had broken down.

Foulker recalls it took five days to travel from San Diego to Hawaii, four or five days to continue to the Philippines, and after three to four days in Kaohsiung, Taiwan, the crew continued to Hong Kong.

“We were there for 10 days over Christmas,” Foulker said. He said he’s only been seasick once.

ETNSN Foulker (his title stood for Electronics Technician Seaman) worked in the gun room, filling bullets with gunpowder. Each bullet was large and weighed about 75 pounds, and gunpowder was airlifted in palleted quantities. He remembers the Kyes had two barrels in each gun, and one gun was mounted in the front and the other was halfway down. From his bunk, Foulker could hear the shooting at night.

“We had earplugs, but it was so hot, and most guys didn’t wear them.” Foulker said. “They weren’t the quality they are now.”

Foulker also worked in the ship’s mess hall, preparing and distributing food. He cooked, worked in food supply and brought out food to bring up to the ship galleys.

“I was a ‘jack in the dust’,” he said, which was a term used in the Navy Supply Corps for an assistant for the bread storeroom. (Today, it’s an informal title for culinary specialist.)

“We ate pretty good,” Foulker said, recalling a BBQ meal from a picture on his table.

“Food was stored all over the ship, and fresh fruit was rare. One time, a crate of oranges was stored in the back. When I reached the front, I had only a couple left!” Foulker said, of the eagerness of the seamen.

Duty ended when Foulker returned to San Diego on January 11, 1973. At a return celebration, he met a girl he would date and eventually marry, Maria. Foulker purchased a motorcycle and traveled back to Wisconsin with his now-brother-in-law, Gene. Foulker visited 17 national parks and “only got rained on twice,” he says.

Another motorcycle trip followed, this time with a cousin around Lake Superior and through Canada.

Foulker married Maria in 1974 and they lived in California before returning to Wisconsin. Foulker worked, commuting between San Diego, and Long Beach, Calif.

He did a sheet metal apprenticeship in Sun Prairie, working in the trade for 40 years. The couple had a daughter, Christina (“Tina”) and a son, Timothy. Both live in Waunakee. Tina’s own time in the military paid for college.

After serving in the reserves in both California and Wisconsin, Foulker retired.

“It’s the hardest thing I ever did,” Foulker says, adding that the VA will remove smoking shelters this fall to become a non-smoking campus, so the program may become more in demand.

And Foulker took a Badger Honor Flight trip this past May. Veterans are flown to Washington D.C. for a single day from the Madison airport to view war memorials, accompanied by an escort or family member.

“It was one busy day,” Foulker said. Badger Honor Flights are known for recruiting people to come to the airport to greet the veterans’ return.

“There were so many people there – that was neat,” he said. Foulker plans to be an airport greeter for the October Badger Honor Flight.

And Lodi is home. “We love it out here,” Foulker said, as early evening falls over the skies.