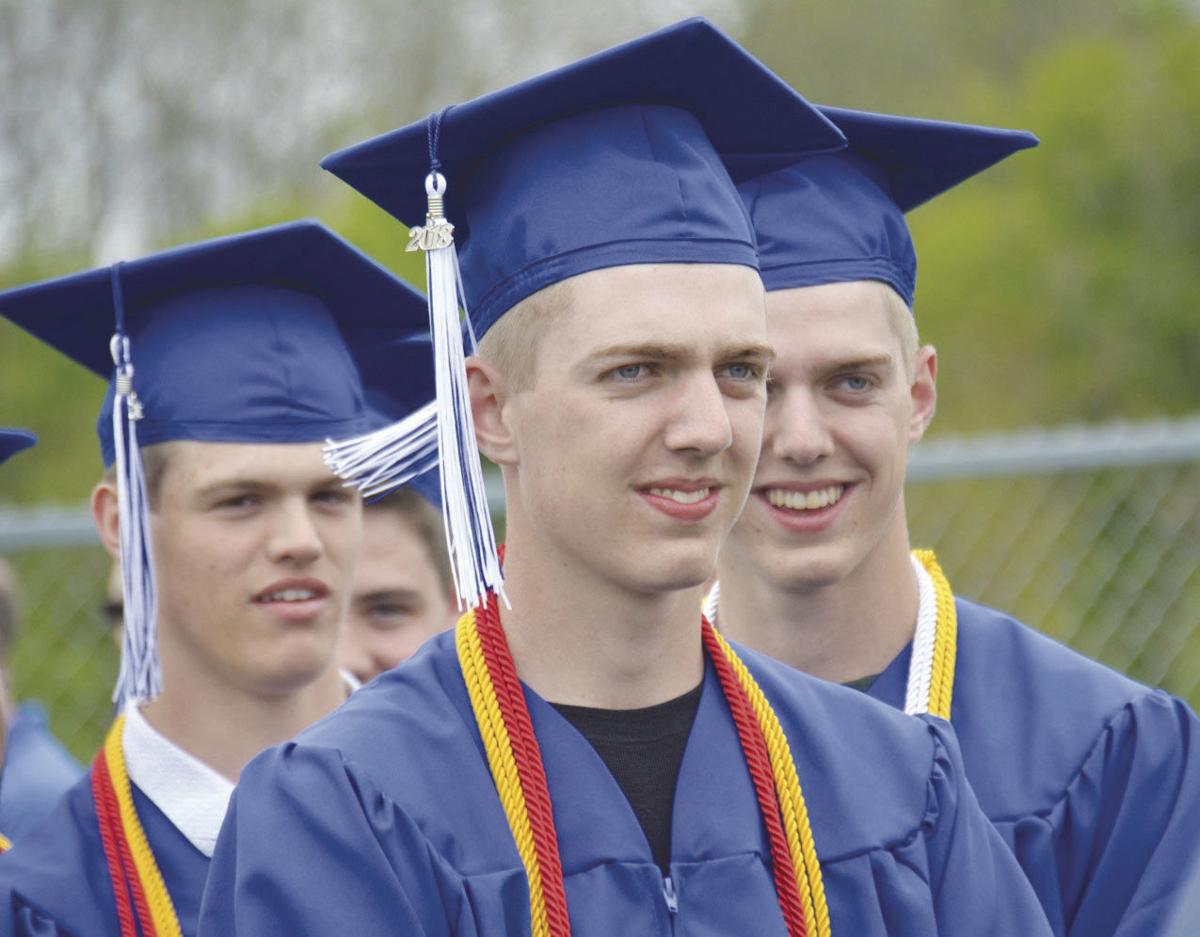 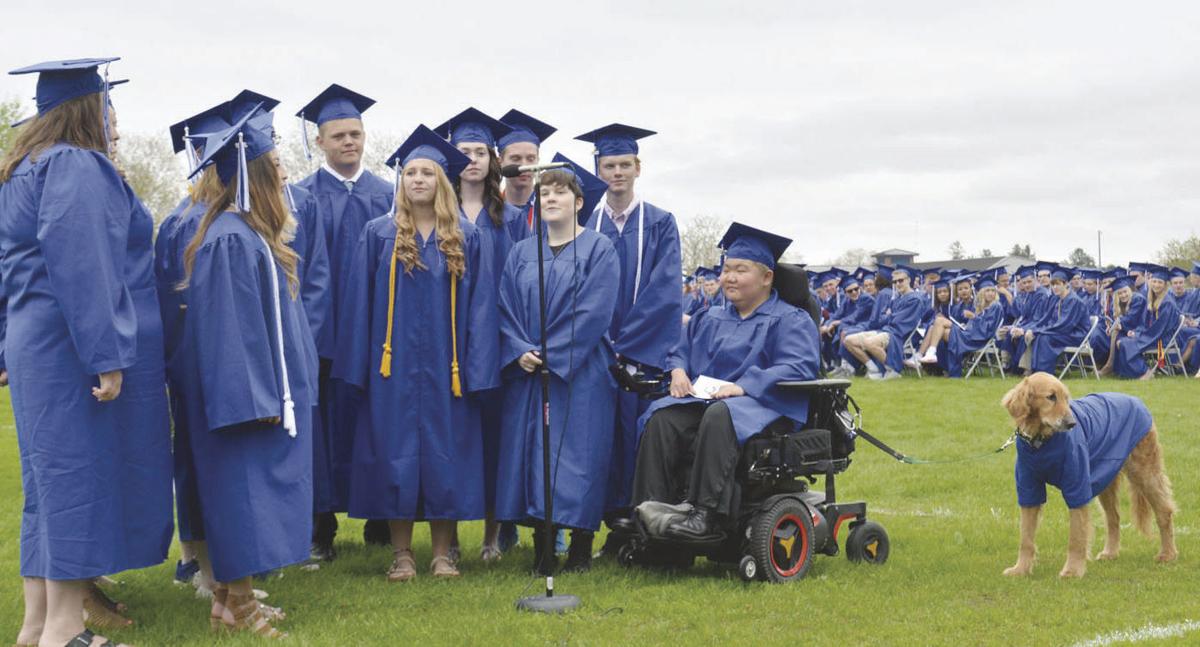 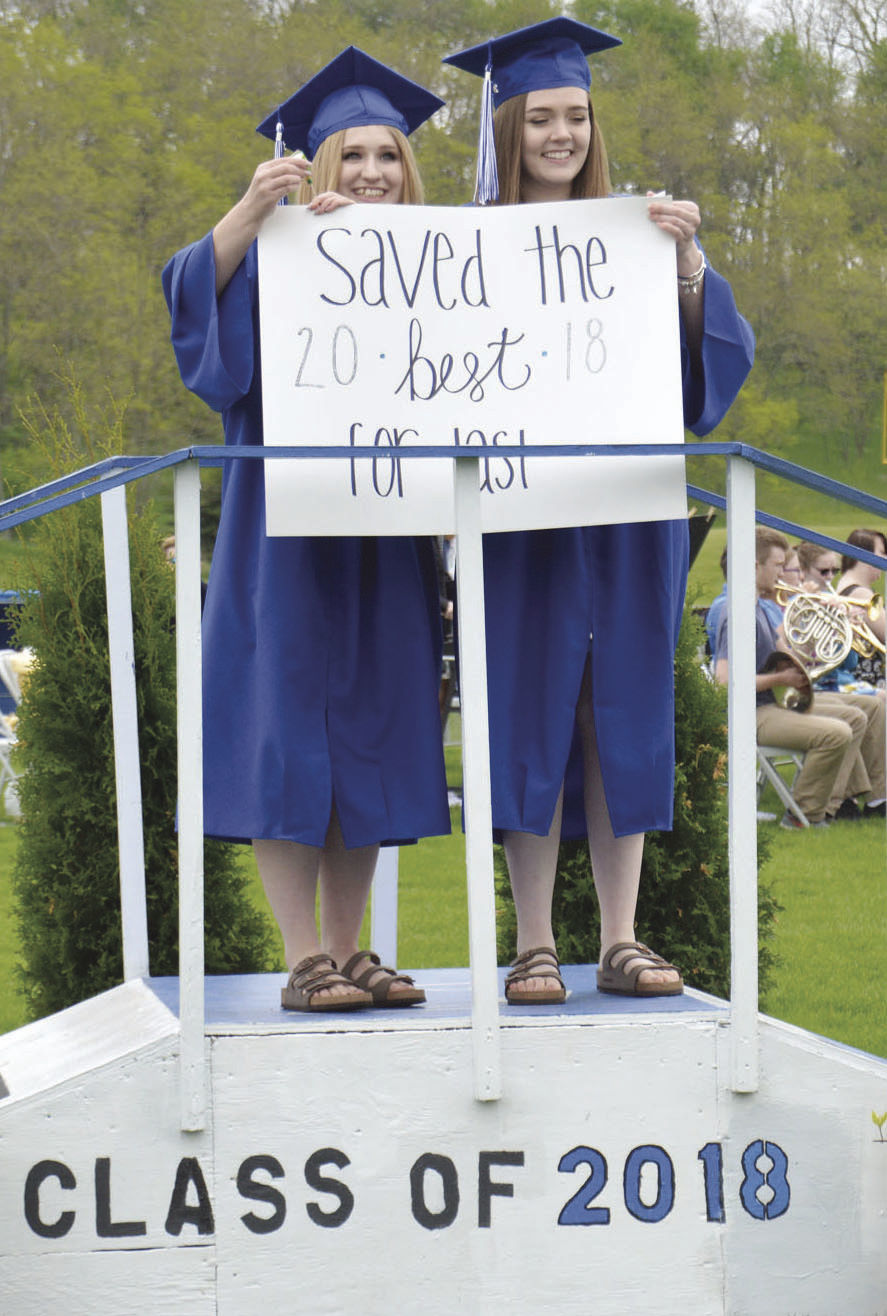 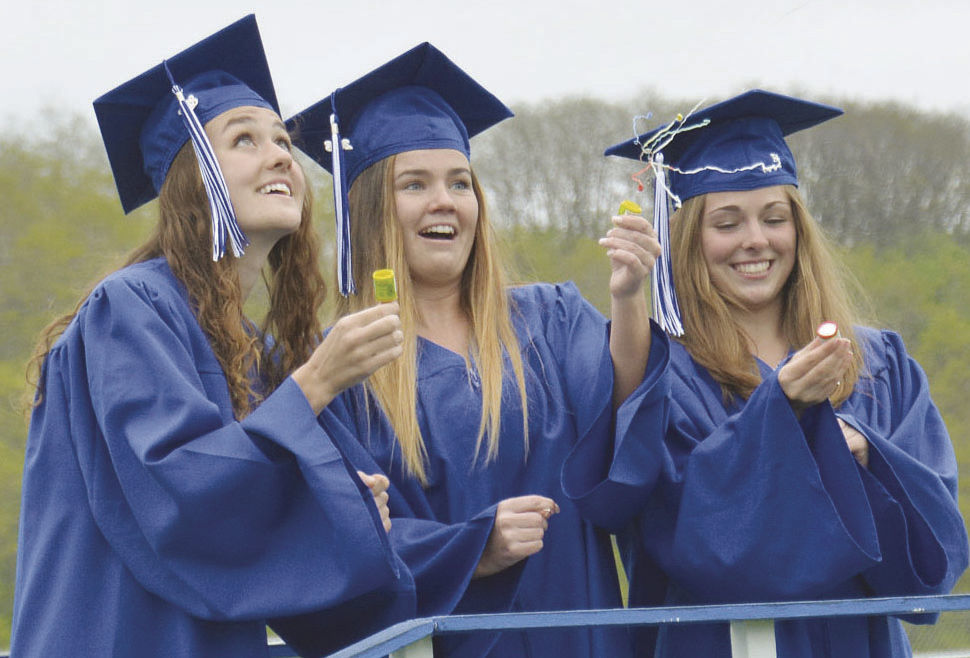 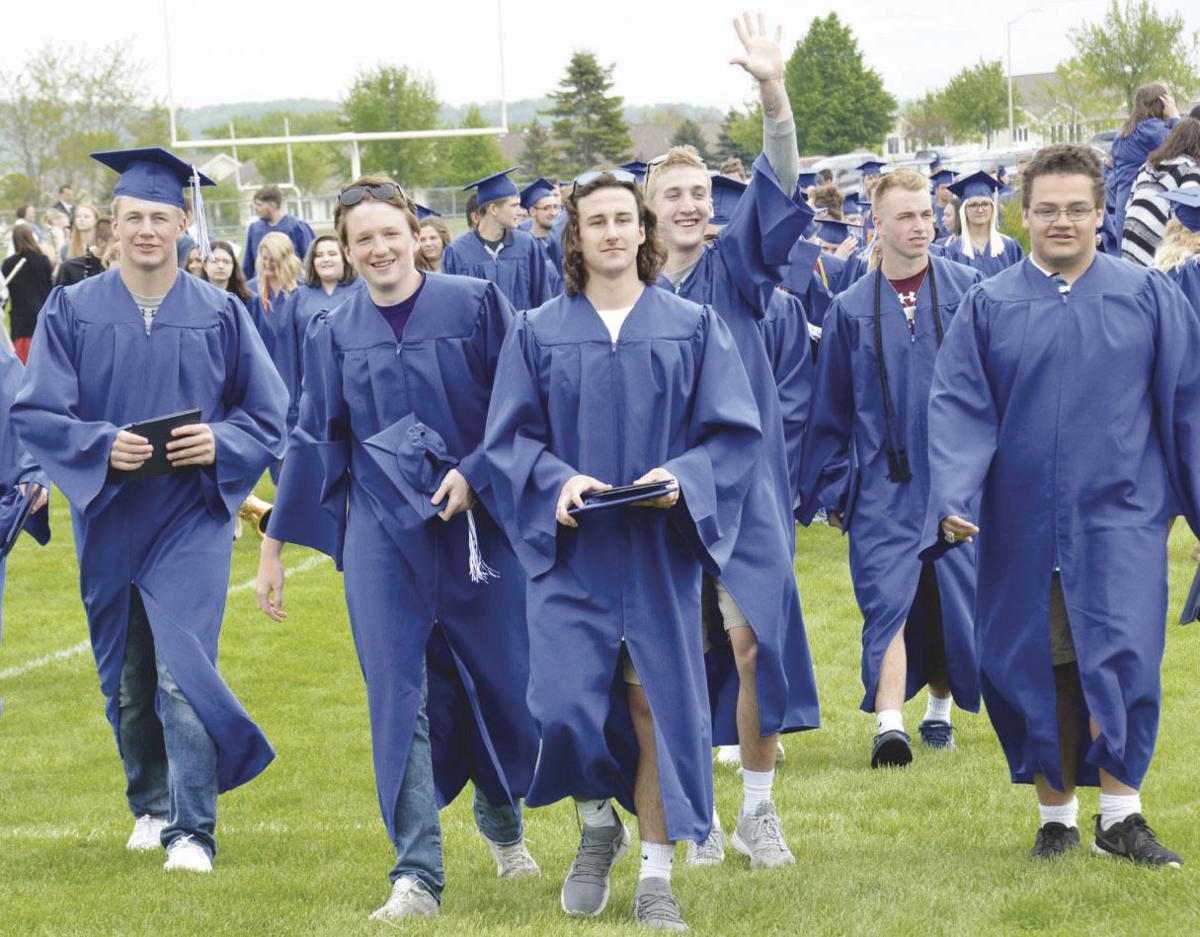 “Our homecoming banner had a quote from a Disney movie called ‘Lilo and Stitch.’ It said, ‘Ohana means family and family means nobody gets left behind,’” said Senior Class President Steve Gundeck. “Over the last 13 years, the bond that has molded our grade into a tight-knit family has only gotten stronger. That is just a perk of having a smaller high school, everyone knows one another and makes us closer.”

Gundeck was one of four seniors who spoke at the ceremony. The others were Hunter Bowman, Brandon Steiger and Kieran Surges. The Senior Choir sang “Gone, Gone, Gone” by Phillip Phillips.

Bowman was struck by how involved his classmates were in school activities over the years.

“If I had to put money on it, I would say that collectively, we are a part of every single co-curricular and club we have here at Lodi,” Bowman said. “More than that though, not only are we involved, but we excel at the things we do.”

Bowman mentioned the undefeated state title run for the Lodi football team last fall, as well as school earning a WIAA Sportsmanship Award at the event. Bowman also noted the school’s first-ever nomination for a “Jerry Award” in the category of “Outstanding Musical” for its production of Disney’s “Beauty and the Beast.”

Bowman also thanked the teachers for their impact on the class.

“The teachers we have had throughout our years here have had such a tremendous impact on our lives,” Bowman said. “Some have shown us what we can do when we really put our minds to something, others have been mentors to us and helped to shape our future career paths. Then there are those teachers who along with all of those other things make us laugh.”

One of those teachers that had students laughing was Ms. Carrie Kerska. She was selected by the Class of 2018 to be the special guest speaker at graduation.

Kerska taught the seniors all four years of high school.

“You were the class I got to keep,” Kerska said. “I’ve never gotten to know a group of kids so well or got to be so connected with a group. My heart is so full of pride and admiration for you.”

Kerska compared high school to crafting a long essay. She advised the graduates to practice kindness, to keep reading and to visit libraries. He also told them to be positive and “build on what you’ve done here.”

District Administrator Charles Purcell said the senior class has left a legacy of accomplishments. Purcell warned them that they would be “entering a world that doesn’t readily accept change,” adding that he hopes they will accept the challenge of trying to change things for the better.

School Board President Susan Miller added, “Here is your chance to create change.”

Miller advised graduates not to let their past accomplishments or failures define themselves or their futures.

Steiger is taking that advice to heart.

“After four short years at Lodi High School, we, the class of 2018 are finally graduating,” said Steiger, in his speech. “It’s required lots of effort and hard work over a time that really extends further than just high school. I’d like to think that our journey to get to where we are today started 4,644 short days ago when we first started kindergarten. Since then nothing has taken up more of our time and defined our lives more than our formal education. We have all learned so much math, science, and history, but from what I have seen the experiences, will be so much more valuable to us. What I have now come to the realization of is that while the information that we have learned may be used in our future endeavors, it will be the people and the things that happened during this time that we will remember.”

Surges talked about how much change she’s experienced in her time in Lodi. She started out in the Madison School System, attending school there from kindergarten through fifth grade. She and her family moved to Harmony Grove in 2011.

“The biggest difference since coming here was definitely the size,” Surges said. “Lodi is probably about an eighth of the size of Madison. When I walked onto the cracked tile floors of Lodi middle school, I felt for the first time that I was special and I was an individual instead of just another person in a crowd of hundreds. That is what’s so great about Lodi and about life in general. We are all unique and special. There is never going to be another class that is just like us. There will never be another person like you.”