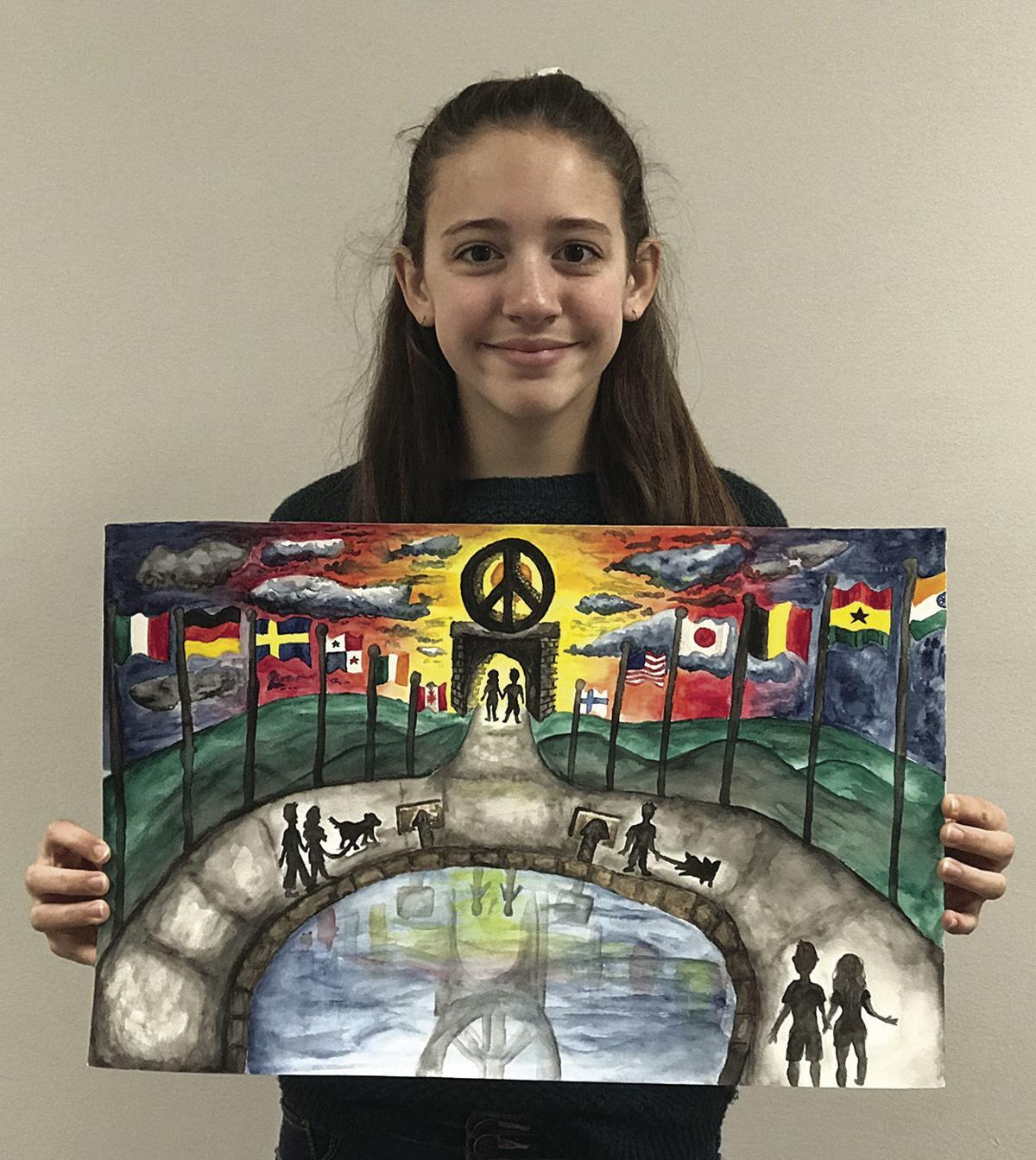 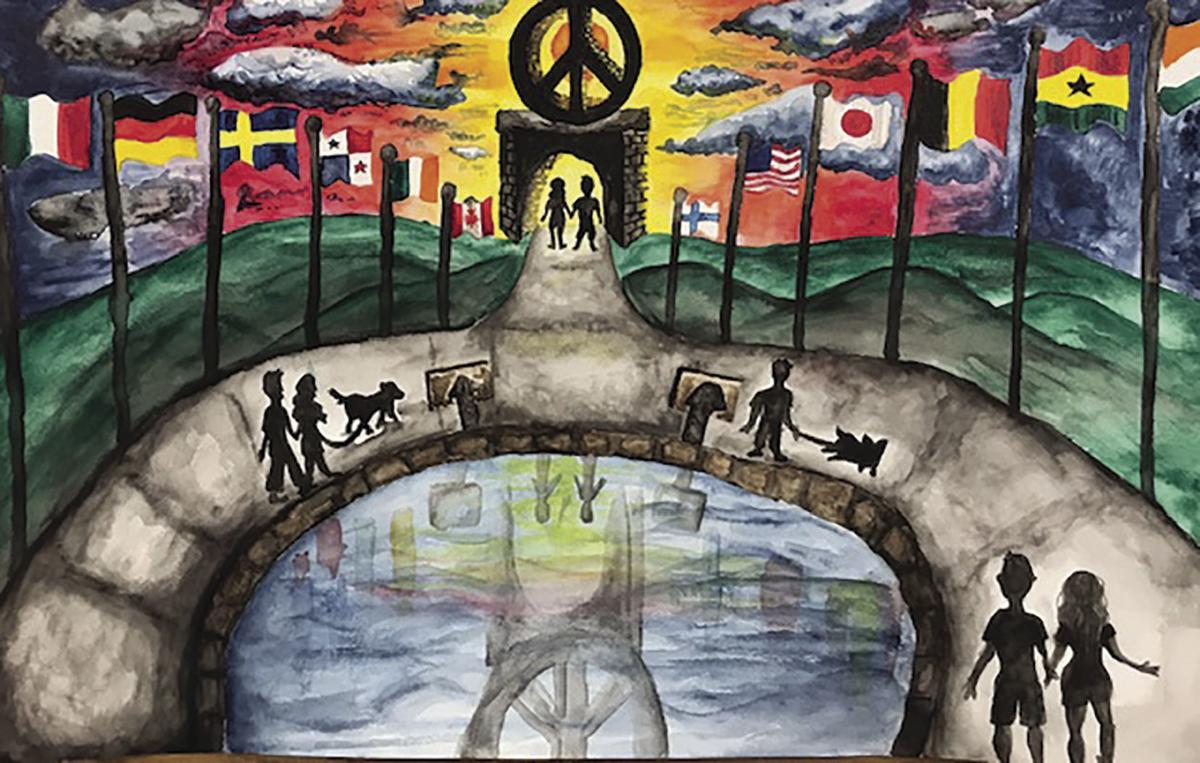 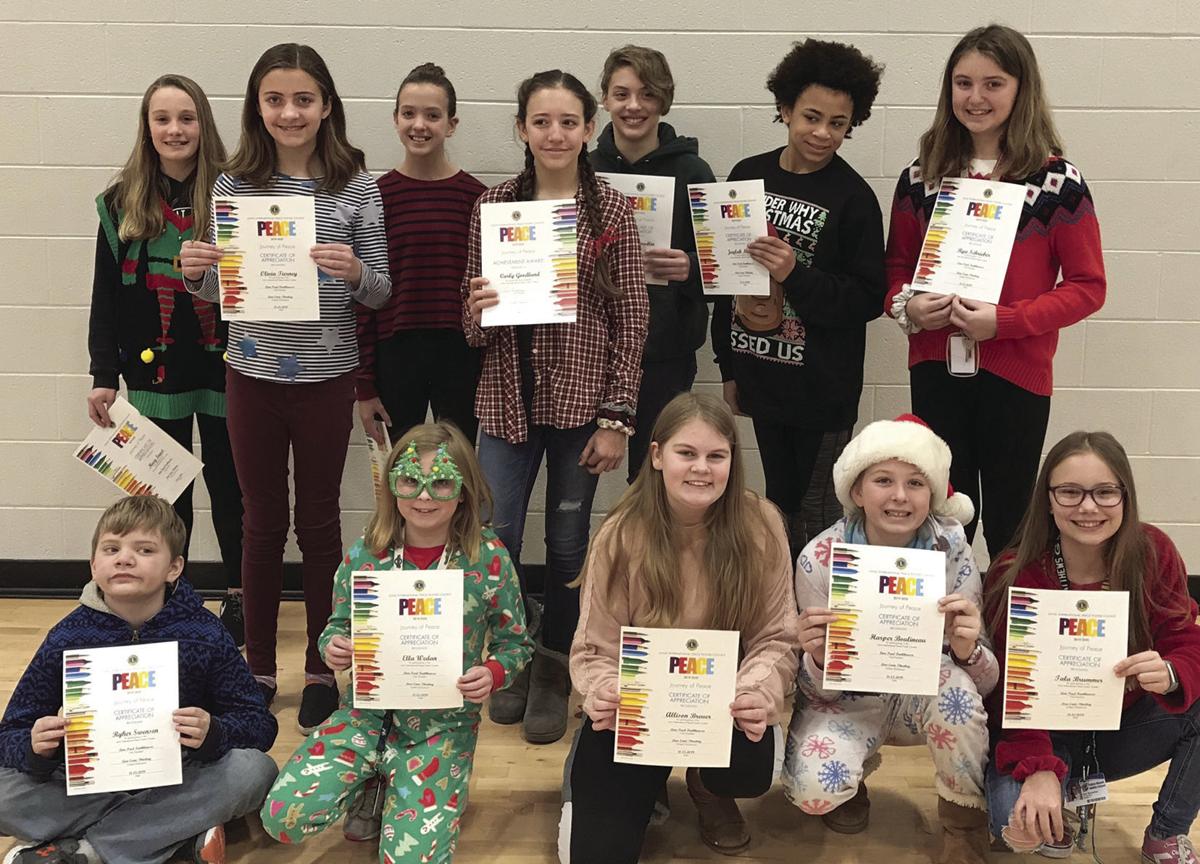 Lions Clubs International is sponsoring the contest to emphasize the importance of world peace to young people everywhere.

“The reflecting pool by the path is like a mirror in which people reflect on their part in creating peace in their lives, community and the world,” Goodlund said.

Goodlund’s poster depicted the journey with two paths leading to a peace monument with a sunset beyond the monument illustrating “a beautiful ending when world peace is achieved,” she said.

The poster was selected by a panel of judges including school staff and Lions members for its originality, artistic merit and portrayal of the contest theme, “Journey of Peace.” The local judging was held Nov. 8 at IMMS.

Lions Club President Paul Fankhauser said he was impressed by the creativity and expression the students at IMMS exhibited in their entries.

“It is obvious that these sixth- and seventh-grade students have strong ideas about their visions of peace and journey to achieve it,” he said. “I’m glad for our Lions Club’s providing them this opportunity to share their visions.”

Goodlund’s poster was advanced through the district competition, where it placed first. It advanced to state judging where it faced stiff competition but did not place in the top three. This is Goodlund’s second year of winning at IMMS and earning the highest district award.

Staff hopes Caroline’s vision of “Journey of Peace” inspires others in her school and in the Badger State.

Locally, Goodlund and 14 other sixth- and seventh-grade students were honored for their participation by the McFarland Lions Club at the student of the month assembly on the morning of Dec. 20 at IMMS. They were each presented a certificate of achievement for their effort by Lion Ernie Thieding and assisted by IMMS art instructor Sandra Schoen.