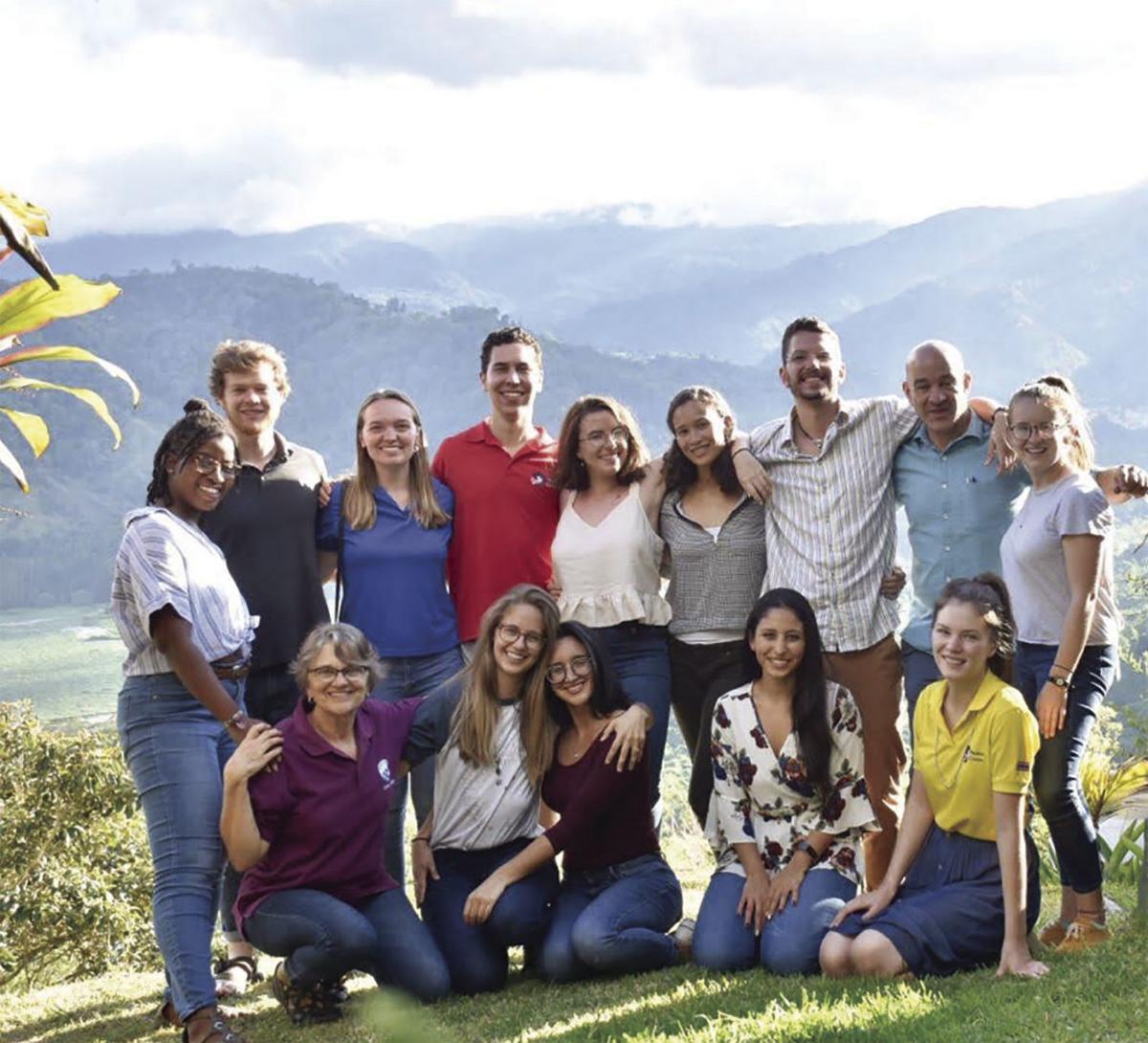 Emily Wink, bottom row, second from left, poses for a photo with other region volunteers and country director. 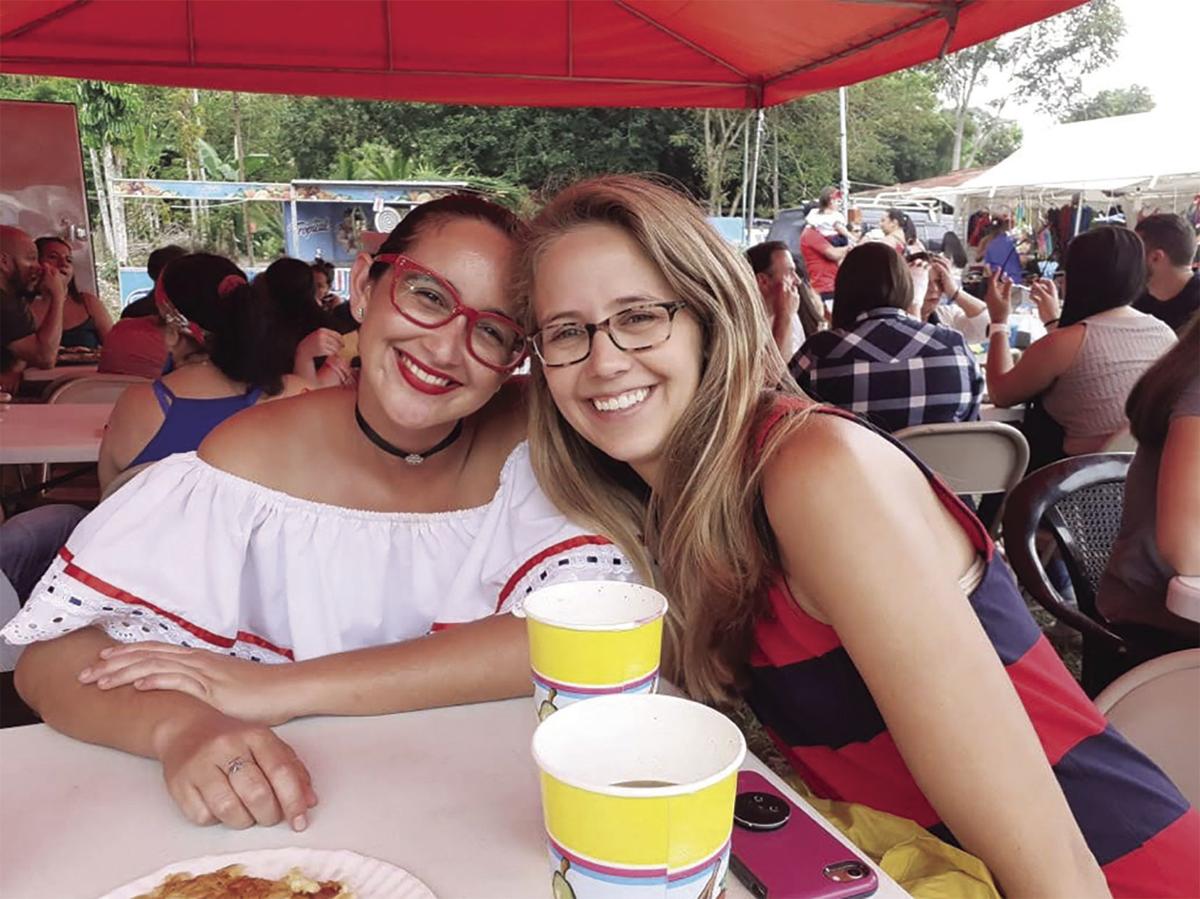 Emily Wink, right, and one of her volunteer friends attend a Costa Rican music festival. 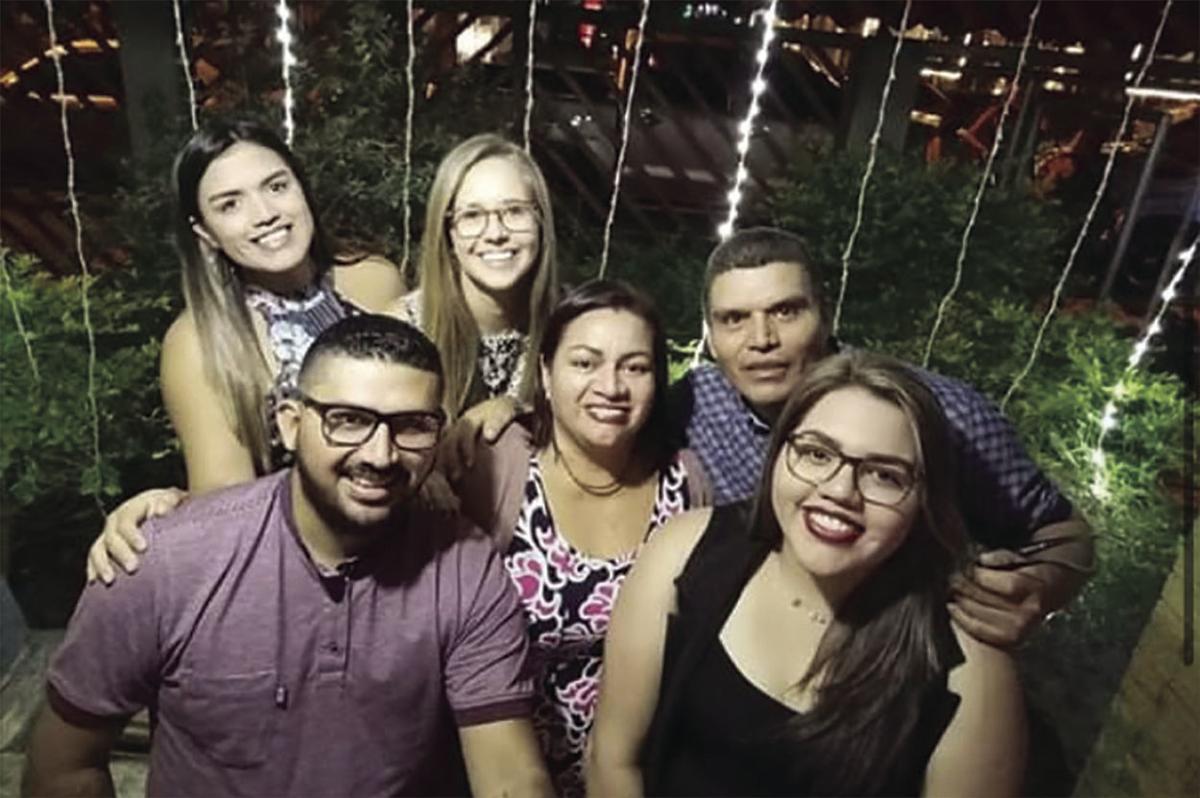 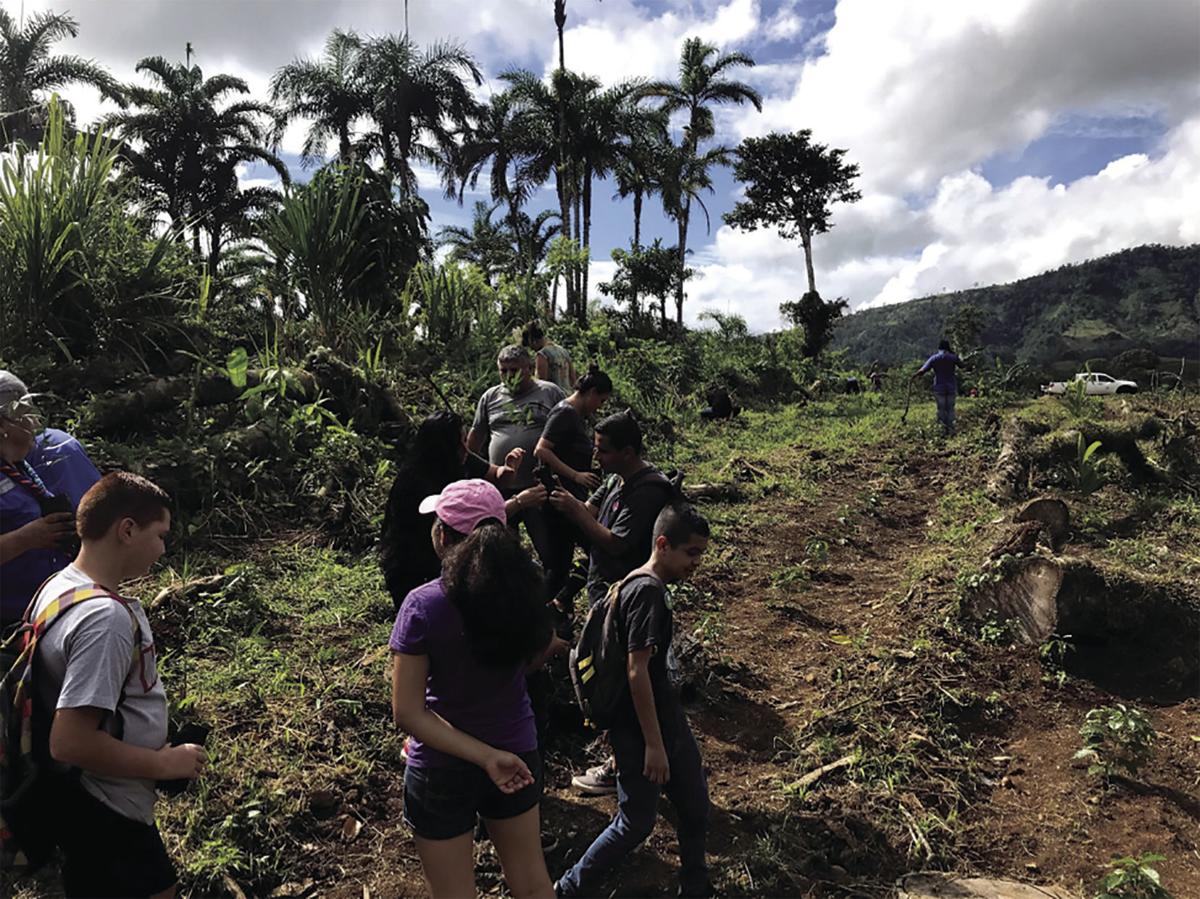 Members of Guías y Scouts plant trees at a nearby tree farm. Emily Wink has become a leader for the scouts. 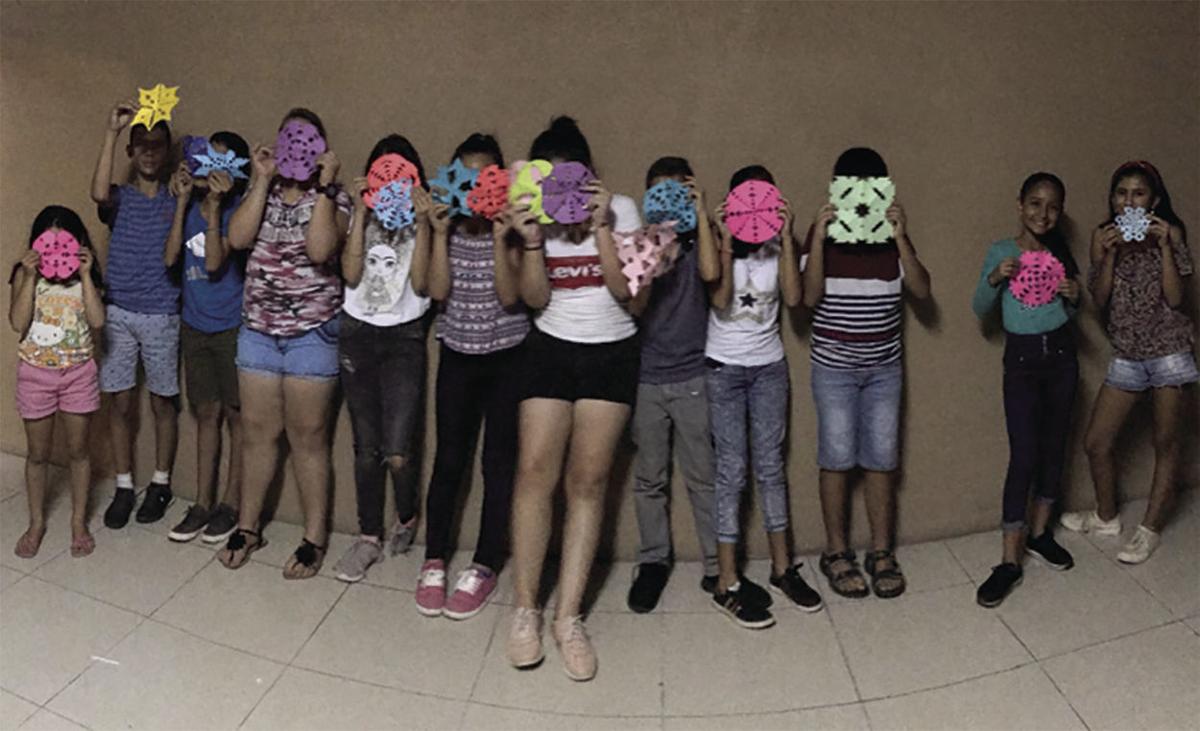 Emily Wink taught youth in her program to create paper snowflakes, which has become their favorite craft. 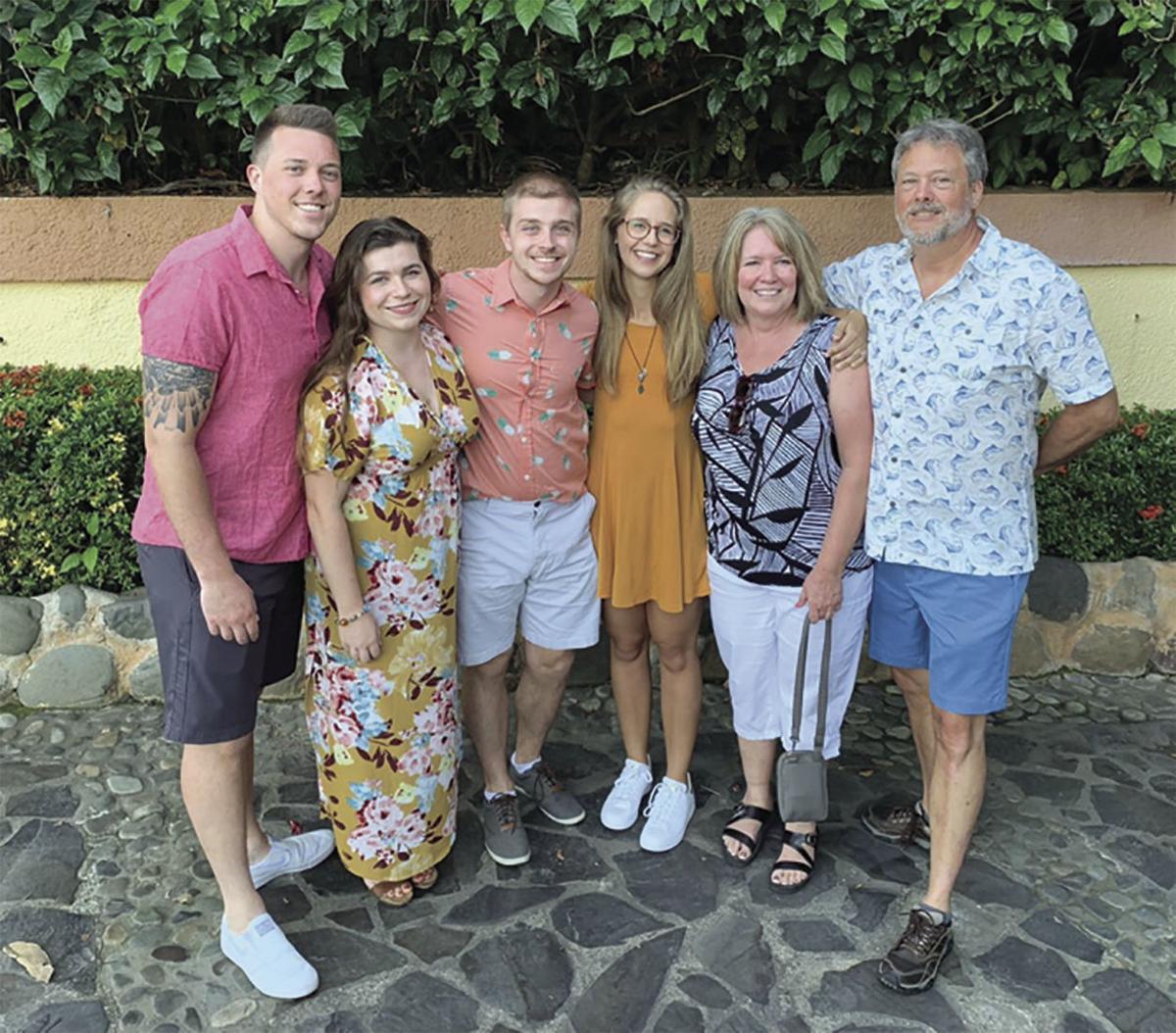 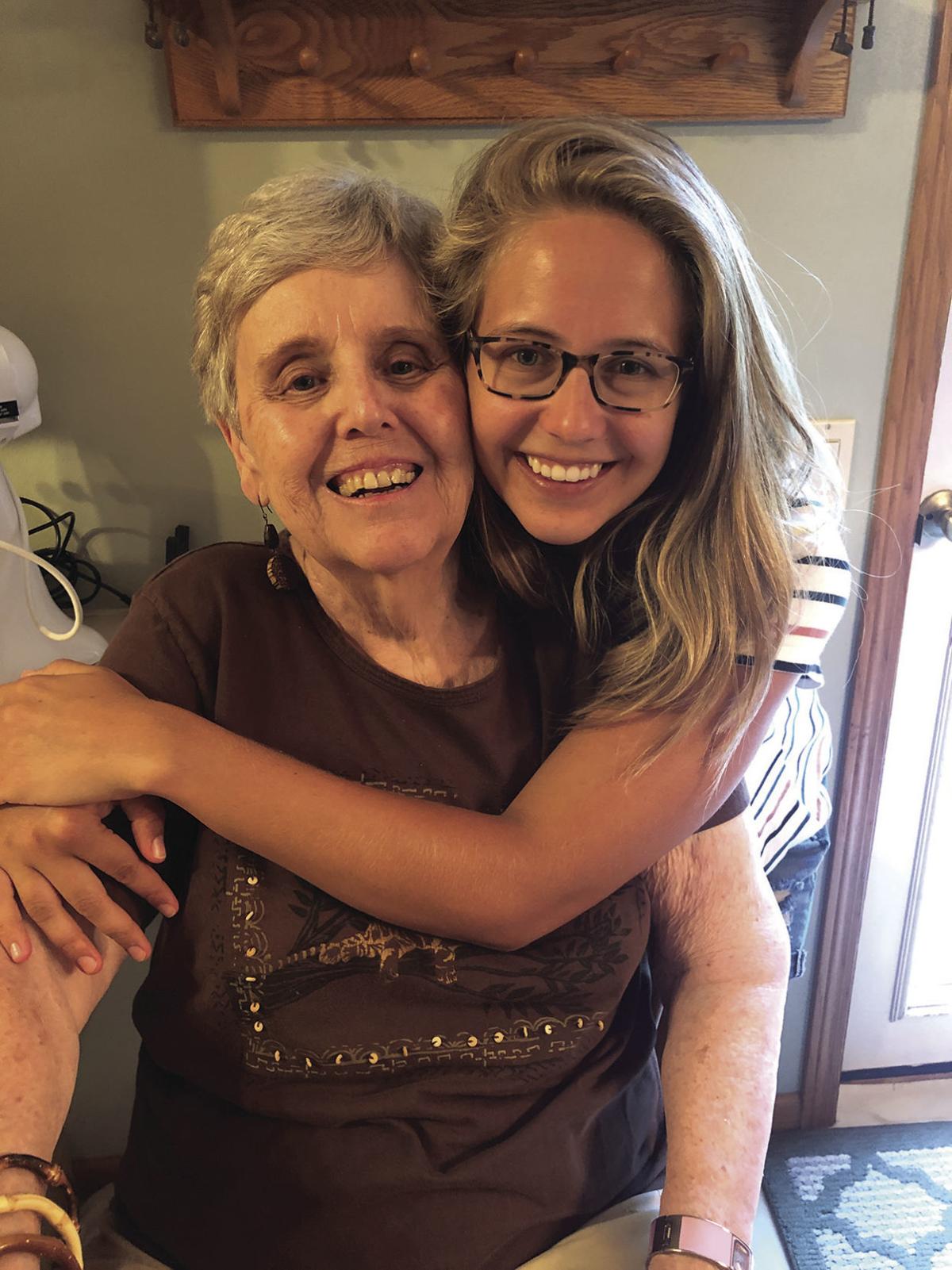 Emily Wink, bottom row, second from left, poses for a photo with other region volunteers and country director.

Emily Wink, right, and one of her volunteer friends attend a Costa Rican music festival.

Members of Guías y Scouts plant trees at a nearby tree farm. Emily Wink has become a leader for the scouts.

Emily Wink taught youth in her program to create paper snowflakes, which has become their favorite craft.

Emily Wink is the reason snowflakes can be seen in the windows of Costa Rican homes. The Peace Corps volunteer introduced the paper craft to a group of the country’s youths.

Wink, of McFarland, is a Peace Corps volunteer in the Youth Development sector stationed in Costa Rica. After being in the country since July 2018, she will return home in October.

When Wink heard about the Peace Corps through her professors in global health classes at UW-Madison, she didn’t think she could leave to go to another country for two years. But, over time, she couldn’t help but feel drawn to the volunteer work.

Wink graduated from UW-Madison in May 2017 with a degree in Spanish and global health. She first applied to the Peace Corps without much research and was turned down.

“As I continued my job search, and wasn’t finding much I was interested in, I kept feeling drawn back to the Peace Corps,” she said.

She conducted more research, gained experience with other volunteer opportunities and met with a returned volunteer.

“I have always been drawn to service and cultural exchange,” Wink said. “In the end, I think the push to apply was ‘You have to try and just see what happens or you will always wonder.’”

She began working the in-depth application in the summer of 2017 and finally submitted it in September. Wink then began “a waiting game” for an interview.

When she arrived in Costa Rica, she went through a three-month training period. The 40 trainees learned about language, cultural adaptation and program training from 8 a.m. to 5 p.m. Monday through Friday, with some additional training on weekends about life skills, leadership, sports, arts, recreation and gender equality.

“I really enjoy working with elementary level students, so I wanted to create a space outside of school to interact with them on a more personal and fun level,” she said.

She realized students wanted a space to spend time with friends. Wink began a weekly program focused on crafts at the town’s municipal center, located 1 hour east of Cartago. Her most popular project is paper snowflakes.

Wink’s volunteer work has made its way back to the U.S.

Wink’s grandmother, Dolores Gust, of Monona, shared her granddaughter’s story in the St. Stephen’s Lutheran Church bulletin. Children at Sunday school learned about her volunteer work and Costa Rica, and made paper snowflakes of their own.

“The neighboring city wants her to come there,” Gust said. “It just spread like wildfire.”

Wink traveled to a neighboring community to hold lessons for a few days with elementary school children about emotional health and positive communication. She hopes to begin these classes again as students are gone for a school break.

Volunteers are required to live with a family in their community for the first six months and can move based on housing availability. Wink chose to stay with her family.

“I am constantly learning about a different culture and sharing mine,” she said. “Of course, our cultural differences sometimes can be challenging, but I view it as a constant learning process. Something special has been being able to introduce them to all my volunteer friends, because we demonstrate the diversity of the United States.”

Wink’s most memorable experiences are with the 2-year-old cousin of her host family.

“Cultural exchange can happen at any age,” she said. “I like singing songs to him in English and have taught him to say ‘please’ in English, and he shows me his favorite songs on YouTube and has indirectly taught me what it is like to be a kid growing up here. He is really special to me.”

Spanish is the first language of some volunteers, but it is the second language of most, including Wink.

“Learning to speak Spanish and having to do it each and every day can be really scary and hard,” she said.

Wink may understand the words, but not always the context they are spoken in, or she may not know how to explain certain topics.

Over time, her Spanish has improved, and she is proud of her level of understanding.

Wink has experienced a different concept of time. If a meeting is scheduled at 7 p.m., many people in the U.S. would arrive at 6:45 p.m. because they expect the meeting to begin at 7 p.m.

“But here, if you arrive to the meeting at 7 p.m., you most likely will be the only one there, and people will start coming in within the next 30 minutes to an hour,” she said.

Wink recently became a leader for Guis y Scouts troop, similar to Girl Scouts or Boy Scouts, and hopes to help them grow in membership. She aims to continue her youth group and start another for older children.

“Also, I really want to buy and eat more fruit,” Wink said. “I know it sounds silly, but fruit like papaya is a lot cheaper here than in the U.S., and I want to take advantage of it while I am here.”

Her host family has four lime trees of two different typess – a mandarin orange tree and a water apple tree – in their backyard and the town is known for a fruit called “pejibaye,” which grows on palm trees.

Wink also hopes to improve her Spanish through reading and inquiring about grammar rules, as well as work toward the slower pace of the Peace Corps.

“I guess that encompasses my main goal for the rest of service, which is soaking up everything and enjoying everything, the good and the bad, that my service has to offer, because soon it will be over,” she said.

When Wink returns home to the U.S., she will be adopting a kitten and planning a wedding as she and her fiancé became engaged in June 2018 before she departed.

“I used to think I had an idea of what I wanted to do when I got home, but right now I am still figuring that out as I have grown and experienced so much during my time here,” Wink said.