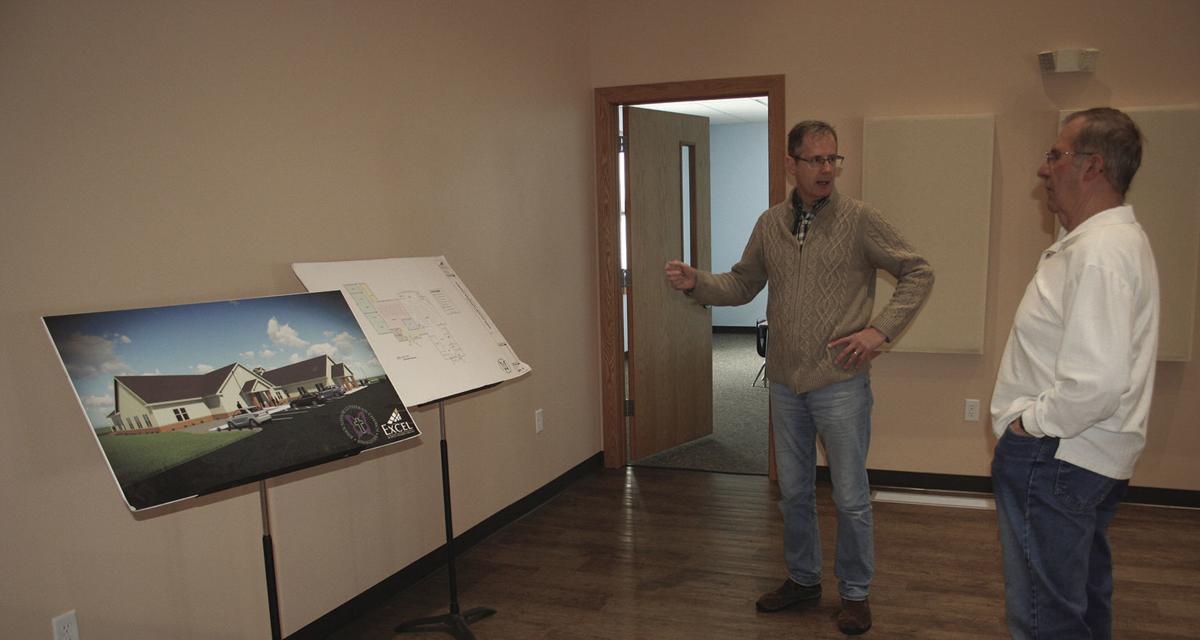 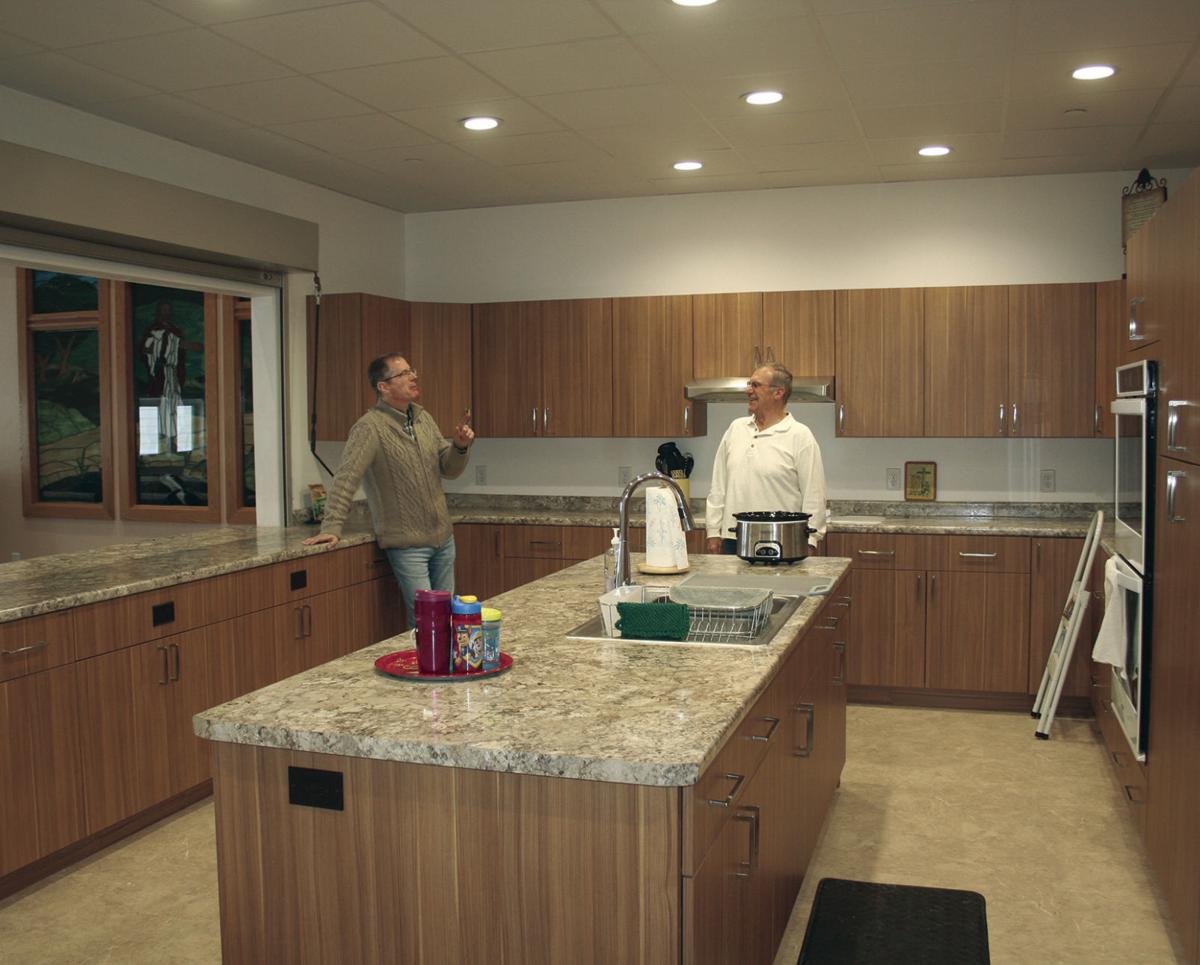 Steven Kozar, left, and Ron Korth show off the new kitchen, complete with a double oven, stove top, refrigerator, cabinetry and an island. 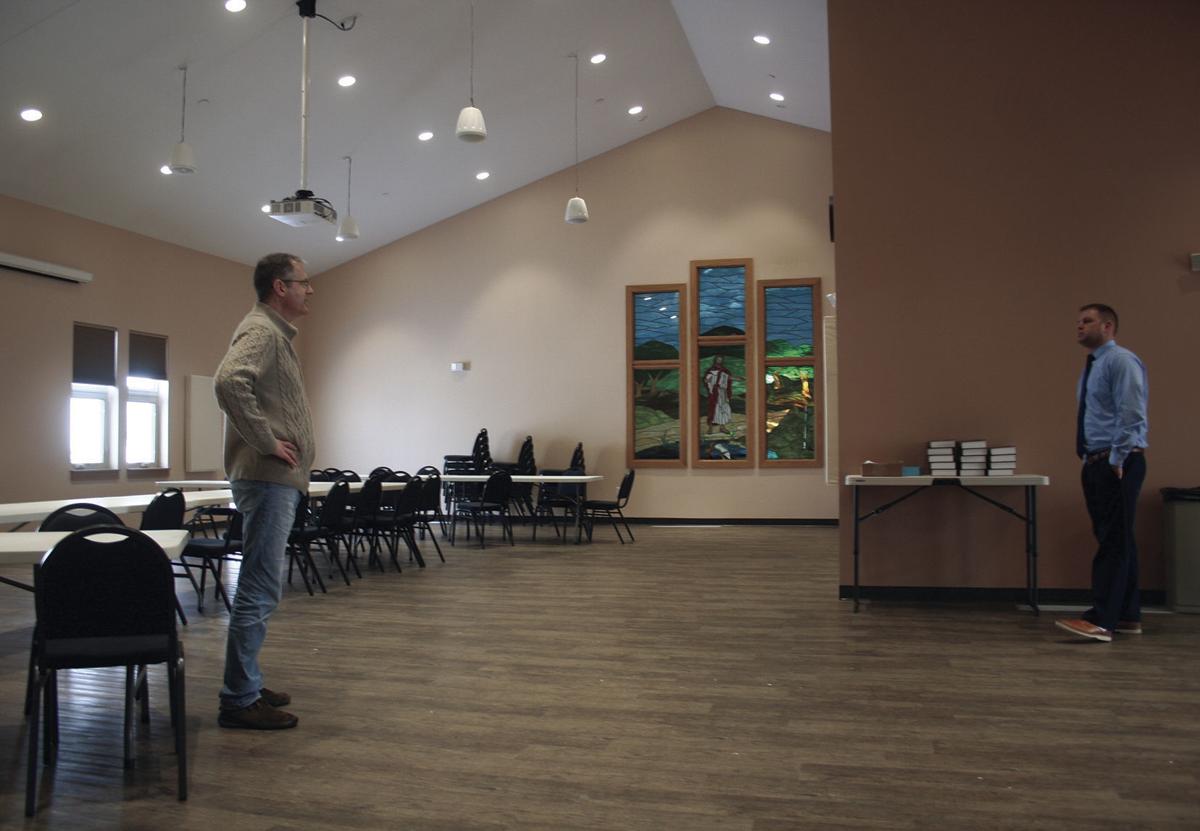 Steve Kozar, left, and the Rev. Joshua Janke stand in the new space for meetings, classes and programs. The stained glass window, which was formerly on the outside of the church, can now be seen from the inside.

Steven Kozar, left, and Ron Korth show off the new kitchen, complete with a double oven, stove top, refrigerator, cabinetry and an island.

Steve Kozar, left, and the Rev. Joshua Janke stand in the new space for meetings, classes and programs. The stained glass window, which was formerly on the outside of the church, can now be seen from the inside.

With a large group of children members and more on the way, Risen Savior Lutheran Church leaders knew it was time to expand.

The WELS Lutheran church added 5,000 square feet of space, bringing the total building size to more than 10,000 square feet. The project, which began in 2016 and had a groundbreaking in March 2019, was completed late last year.

“Out of roughly 150 members, we have 40 children between the ages of zero and eighth grade, so we needed more space – more classroom space – to teach them,” the Rev. Joshua Janke said.

The addition includes a meeting space, kitchen, coat area and five classrooms to be used for Sunday school, fellowship meetings, adult Bible classes, and church meals and potlucks. The tables are arranged in a U-shape for interactive adult classes to encourage discussion and make it easier to hear classmates.

Church members live in McFarland, Sun Prairie, Monona, Oregon and Stoughton. The church community grew even lager with the development of Veridian Home’s Juniper Ridge subdivision, and the church anticipates more people moving into its neighborhood.

“There was no disagreement that we needed this,” Korth said.

With the help of church members and a loan, $750,000 was raised for the addition.

“In that process, you say ,‘God we don’t really have anything for sure. We don’t know if we’re going to get the money we need, but we’re going to trust that everyone’s going to pitch in,’ and that’s exactly what happened,” Kozar said. “Everyone pitched in and it did happen.”

“It was all our Risen Savior members generously donating the wealth that God has given them to the construction of His church.” Janke said. “It was one of those things where everyone saw the need and everyone pitched in to help, so it was a very united effort.”

Excel Engineering, which designed the building in 2010, also planned and designed the addition. The firm specializes in architecture services for churches and helped guide decisions during design.

Besides the kitchen becoming unavailable for one week and one Sunday school session missed, the church remained opened during construction.

As the children grow up, the addition allows more opportunities for youth group activities, fellowship activities and other events created from the ground up.

“We’ve also been very blessed that we have a lot of children. We’re a good mix of older people, younger people; some churches tend to be more older people,” Korth said. “All the children that we’ve got, they keep coming along.”

In addition to accommodating growth, the new areas allow for more teaching of the Bible and church.

“It’s really based on sound teaching, as much as possible. We’re trying to teach what’s in the Bible and not add to it or subtract from it,” Kozar said. “It’s a place of assurance for somebody in this ever-changing world where somebody has a new idea every 20 minutes and churches come and go. It’s nice to go somewhere where we are trying to teach the same thing that’s been taught for a very long time, and we’re not trying to change it.”