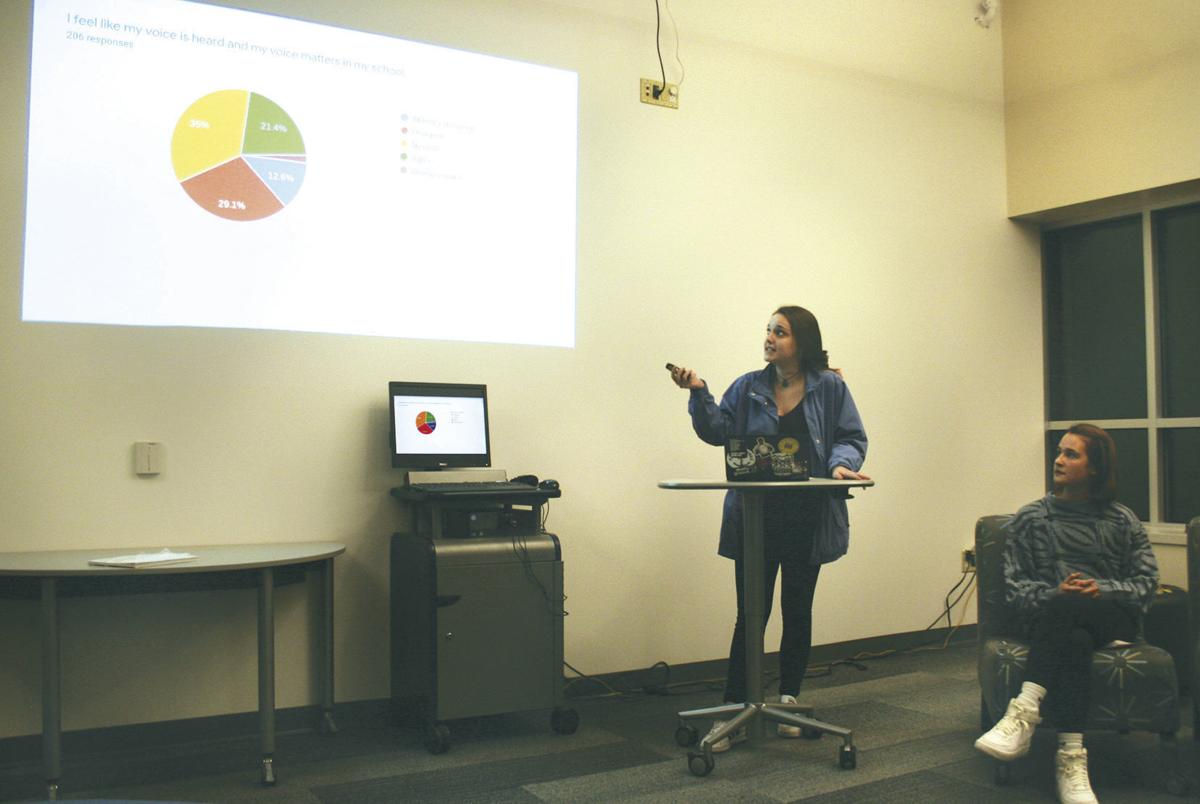 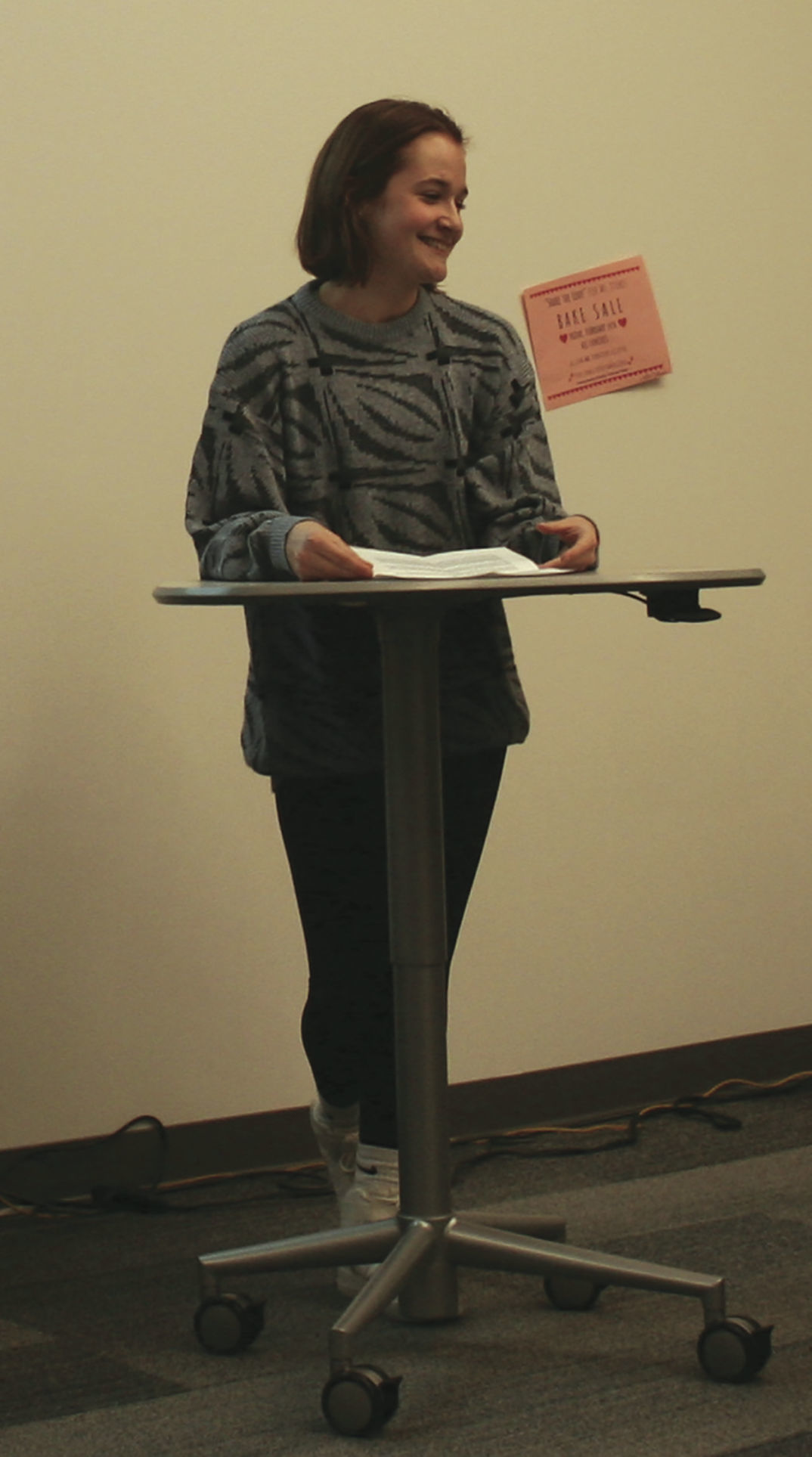 Ella Ceelan addresses the panel and audience at the public forum. Students, administration and parents offered opinions and asked questions about communication and policy creation relating to school controversies.

Ella Ceelan addresses the panel and audience at the public forum. Students, administration and parents offered opinions and asked questions about communication and policy creation relating to school controversies.

In a survey of 207 McFarland High School students by school newspaper Spartan Spotlight, 52.4 percent of students across all four grades felt uninformed about controversial events at MHS. Another 31.1 percent remained neutral.

Spartan Spotlight staff is writing a series of articles examining communication and policy decisions at MHS after hearing students feel the school fails to efficiently communicate the root of issues when controversial events arise.

Students mentioned several concerning events over the course of their time at MHS, including a Confederate flag hung in a hallway, a TikTok video of a student threatening a school shooting, a student’s suicide and the removal of doors from school bathrooms.

Students noted that when controversial events happen, emails are sent to parents, who are expected to discuss the event with their child. However, students noted that some parents are not explaining these events to students, forcing them to turn to gossip for information.

“While we understand the legal limit, there is nothing stopping us from discussing the root of the issue,” Spartan Spotlight editor-in-chief Ceelan said.

Administration is legally prevented from sharing details of these events.

“I don’t think it’s worth keeping students in that situation when they clearly need to discuss these topics,” Grady said.

In the case of the Confederate flag displayed in the school, BSU representative Kynaeda Gray explained that she and many other students “felt terrified” that day.

“I feel it was addressed, but not as well as it should’ve been, because it was a blatant act of racism,” she said.

Students have a 35-minute advisory period with a teacher each Friday for all four years. They noted that some teachers are encouraging discussion, but others do not discuss topics at all.

In this instance, teachers were asked to read a statement and discuss with students.

“There was no discussion after teachers read that piece of paper,” student council President Korth said.

The students noted that some teachers never read the statement.

He added that he wants staff to be upfront about these topics.

The Spartan Peace Project, a yearlong campaign to promote empathy, encourage conversation and fight against discrimination, came into existence from this instance.

Students also mentioned an incident earlier this school year when they arrived at school to find bathroom doors were removed after being deemed non-ADA compliant.

Administration was aware the doors would be removed but not the exact day.

“I was surprised the door was off that day as well,” Finstad said.

Students were notified of the policy after the fact and explained the removal of the doors brought a removal of privacy. They wished they had a chance for input on the policy and a further explanation beforehand.

“When you treat students like adults, they will reciprocate that respect,” Korth said, adding that at this point in the school year, many of the seniors are legal adults.

Finstad said he will take note of the student and parent comments and determine ways to improve communication between administration and students. The panel also discussed the possibility of a weekly forum to garner student opinion and rotating students to get a wider variety of voices.

Grady said she was happy that some attendees disagreed with the Spartan Spotlight’s arguments so they could understand their point of view.

“I was kind of worried that anybody who came here was already going to agree with us, if they were coming to this topic,” Grady said. “We did the public forum to get the public’s opinion.”

“The whole goal was to start the discussion, normalize the discussion and get this kind of thing to happen more frequently, because we want people to meet face-to-face and start talking face-to-face so that it can be a tradition starting in school,” Ceelan said.

Spartan Spotlight plans to publish the next article of the series in March to address solutions students, administration and parents thought of during the forum.