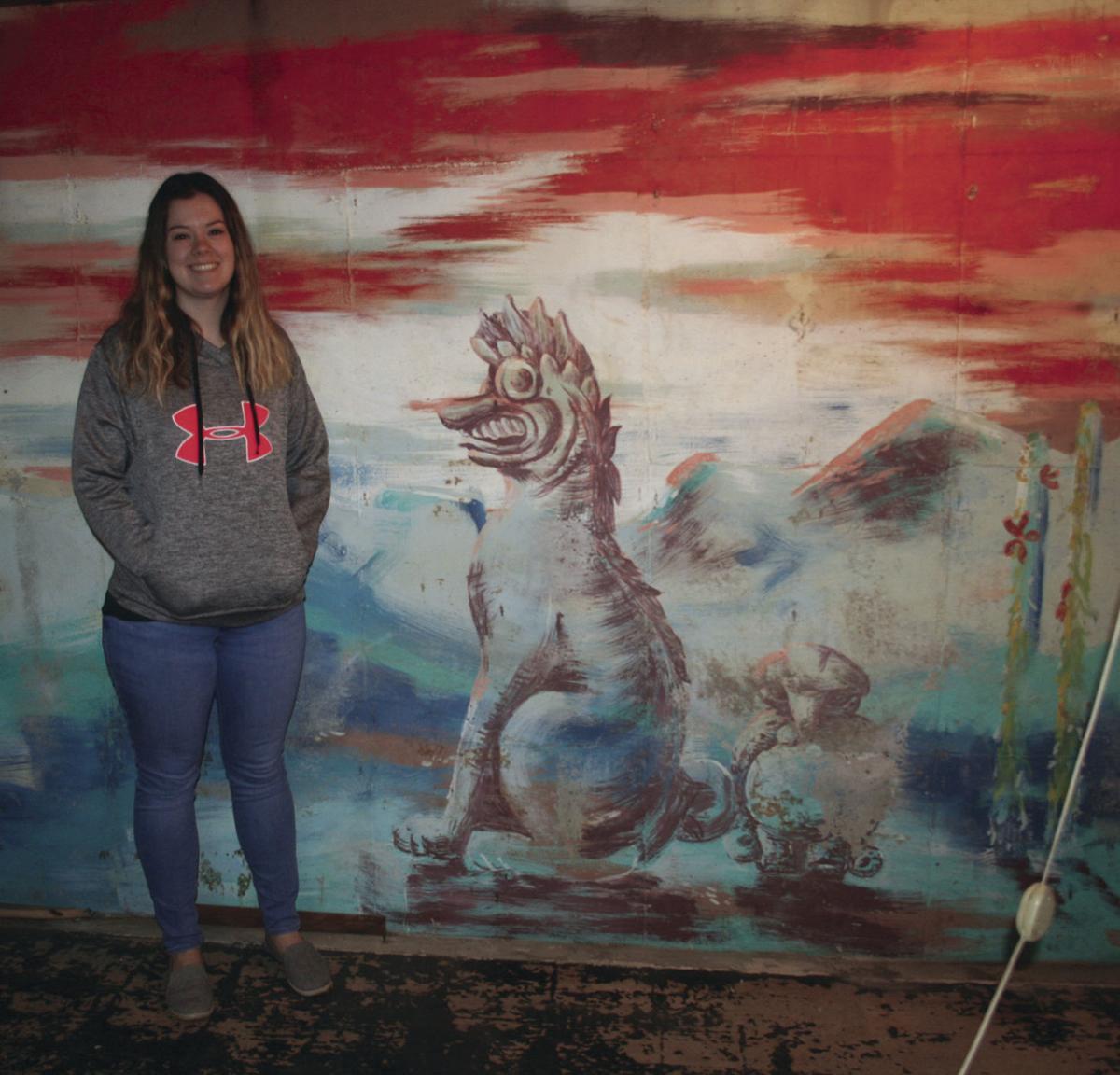 Breanna Henninger stands alongside what may be a demon dog found underneath paneling during a basement renovation. She and her boyfriend plan to keep the mural intact and on display. 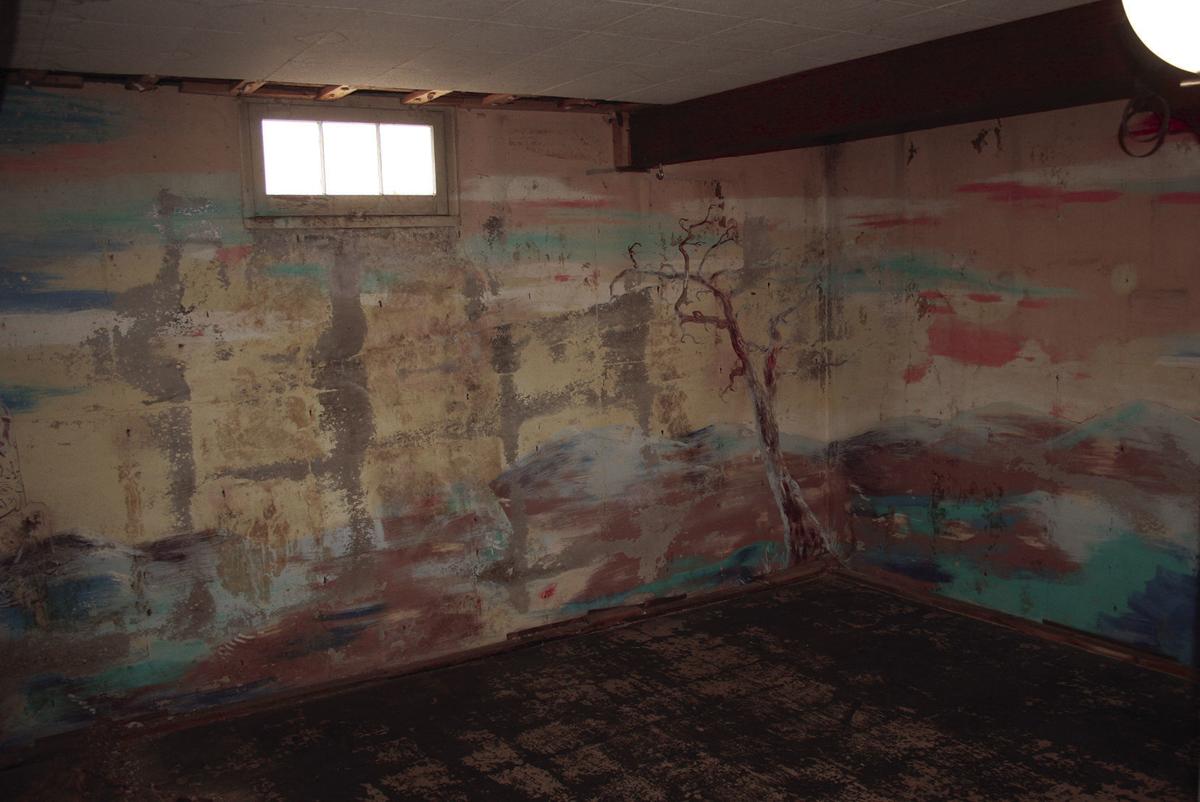 The floor-to-ceiling mural, likely painted between 1955-74, has remained mostly preserved under a layer of panels. The house's renters from 1974-93 had no idea the mural existed behind their bedroom walls.

Breanna Henninger stands alongside what may be a demon dog found underneath paneling during a basement renovation. She and her boyfriend plan to keep the mural intact and on display.

The floor-to-ceiling mural, likely painted between 1955-74, has remained mostly preserved under a layer of panels. The house's renters from 1974-93 had no idea the mural existed behind their bedroom walls.

Breanna Henninger and Jesse Scott were renovating their basement when they uncovered a floor-to-ceiling mural painted on three of the four walls.

The mural, which remains mostly intact, depicts a toothy creature, leafless trees and towering mountains across a red-streaked landscape.

Sally and William Evans moved there in 1974. The room functioned as the couple’s bedroom, but the mural was already covered up with paneling. They had no idea what was behind the wall.

“When she saw the photos, she kind of freaked out online, because she said that if she had known it was down there, she probably wouldn’t have lived down in the basement,” Henninger said with a laugh.

Sally Evans thinks a renter living there prior to them may have painted it, because the owners had to complete work on the house before renting to the Evanses. She guesses the owners had installed paneling over the mural during cleanup.

Henninger and Scott moved into the house in September.

At one point in the house’s history, the basement took on water and left mold on the paneling. The new couple planned to remove the paneling and stopped when Scott uncovered mural.

“I have absolutely no idea what it is,” Henninger said, but she is curious to find out.

Her sister posted the photos in a Facebook group dedicated to discoveries people find behind walls and another that showcases items people receive secondhand.

Some said the mural could be a depiction of an Aztec god, but the photos Henninger saw online do not resemble the painting.

She now thinks the mural is the rendering of the painter’s imagination or an important image from their background.

“A lot of people keep asking if the house is haunted now,” she said.

Commenters refer to the creature as a demon dog and asked if the couple has experienced paranormal activity. Another person recalled the similarity to an “American Horror Story: Murder House” plot in which a character finds an eerie mural while stripping away wallpaper.

“I was shocked to find out that a lot of people had taken so much interest in it,” Henninger said.

Whatever the creature actually is, it is here to stay. Henninger and Scott plan to remove all the walls and build a half-wall between the basement and furnace so the mural remains open for others to see.

“I want to see it. I like seeing it when I go downstairs,” she said.

Henninger reports nothing unusual has happened so far, but knows who to blame if they hear strange sounds that are not coming from their English bulldog.