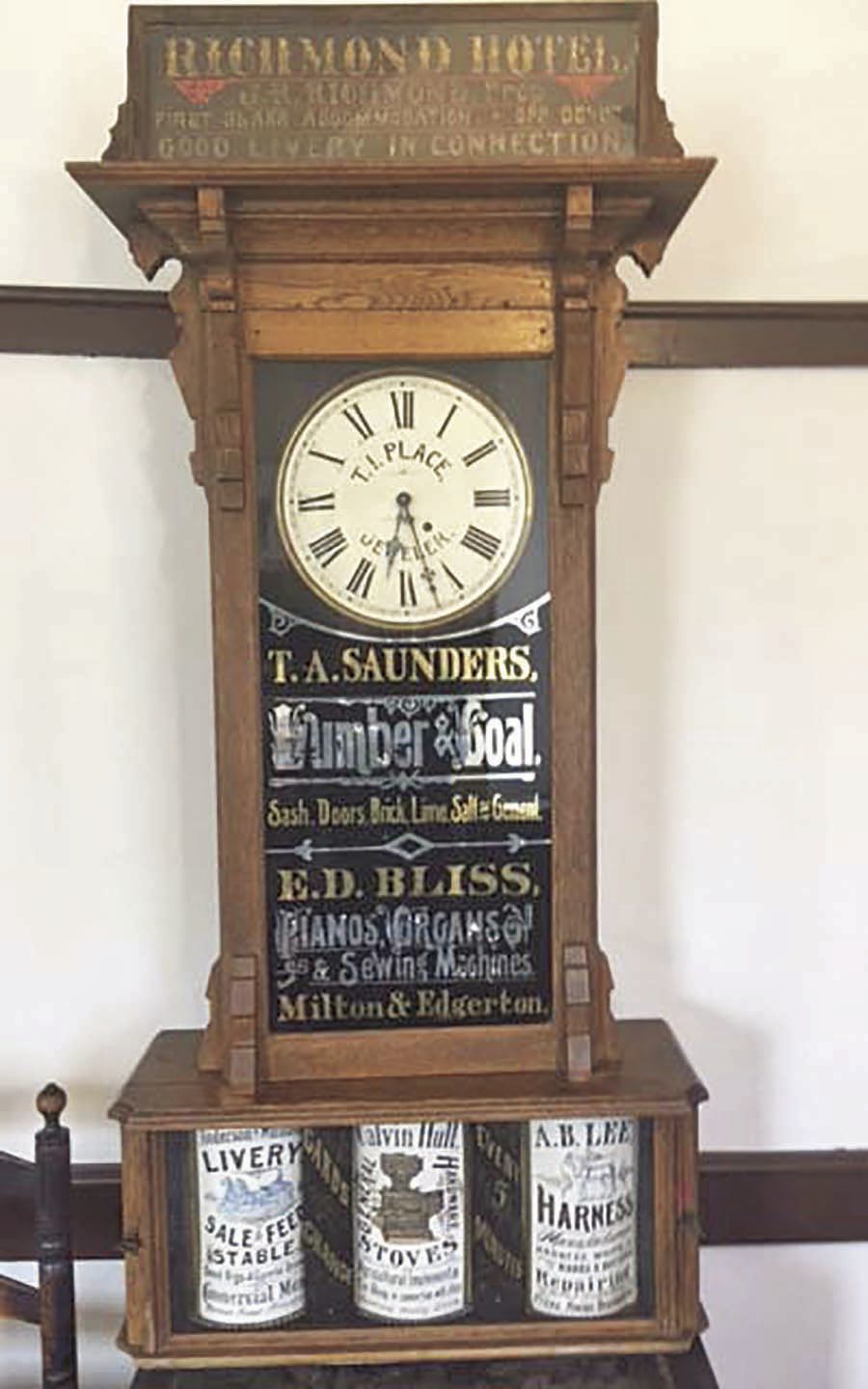 A Sydney advertising clock that came from the Richmond Hotel is on display in the Milton House. 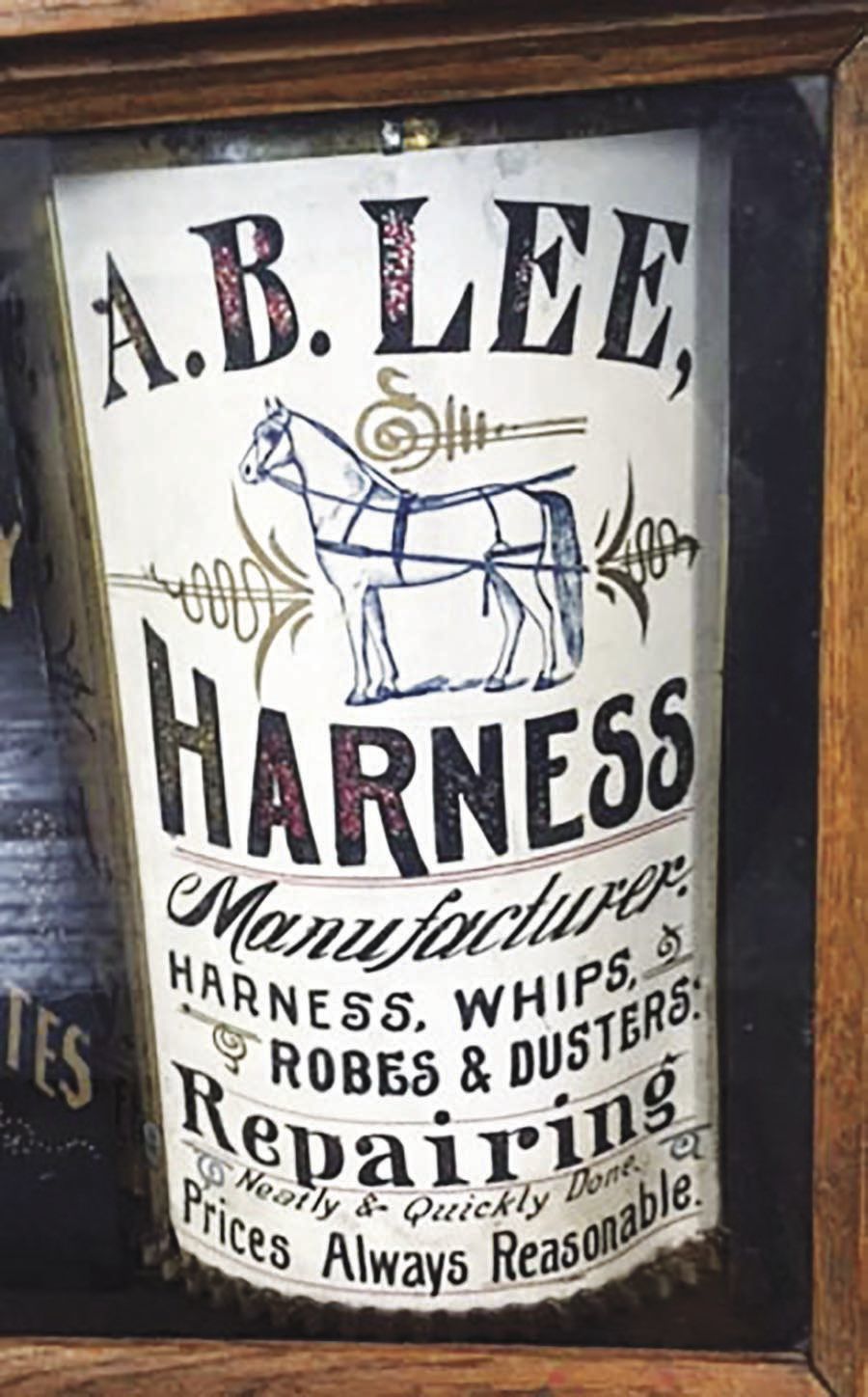 The Sydney advertising clock, on display in the Milton House, includes an ad for the harness shop of A.B. Lee.

A Sydney advertising clock that came from the Richmond Hotel is on display in the Milton House.

The Sydney advertising clock, on display in the Milton House, includes an ad for the harness shop of A.B. Lee.

The unique Sydney advertising clock that came from the Richmond Hotel is one of the most popular artifacts in the lobby of the Milton House Museum. Manufactured by the Sydney Clock Company in New York, this style clock was a popular fixture in rail depots and hotels from the 1880s into the early 1900s.

The clock’s unique feature includes three lower panels, each displaying advertisements. Every five minutes the panels rotate to show a different ad. The museum’s clock once stood in the lobby of the Richmond Hotel. J. R. Richmond was one of last hotel proprietors of the building that stood at the south end of the Goodrich Block and later became Earl Young’s general store before being razed in the 1960s. The building operated as a hotel from about 1870 to 1915.

Now mounted on a wall in the museum lobby, the clock offers a seamless segue for docents to tell the story of A.B. and Amanda Lee with the ad for Lee’s harness shop visible on the right rotating panel. The unique and historically rich story of the Lees was covered in a previous edition of Historic Musings.

But this clock also contains a litany of names with interesting backstories of early Milton, some with legacies lasting into today’s community.

The name T.I. Place half-circles the face of the timepiece, indicating the likely seller of the clock. Thomas Irwin Place came to Milton in 1884 and operated T.I. Place Jewelry at the corner of College Street and Main Street (now Parkview Drive) until his death in 1940 at age 90. From the building that is now the home for Rockies Pizza, Place sold and serviced jewelry, watches, clocks and musical instruments.

A.B. Lee arrived in Milton in 1868, a year after the death of Joseph Goodrich.

Each year as part of the Milton Area Chamber of Commerce Christmas Walk, a few homeowners open their doors to the community. They share the gi…