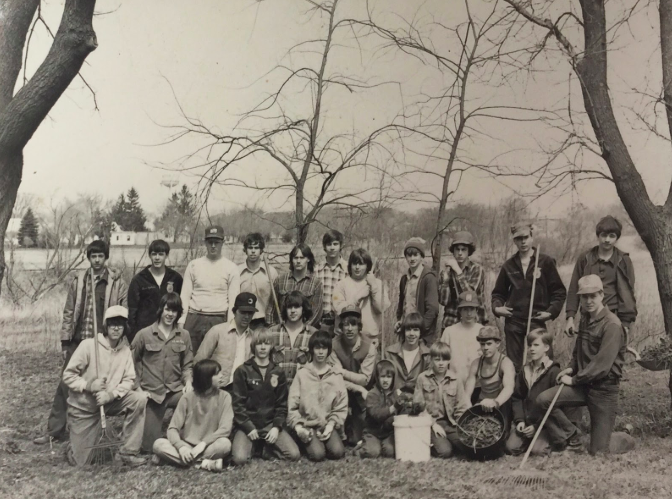 An FFA cleanup crew assembles in 1978. 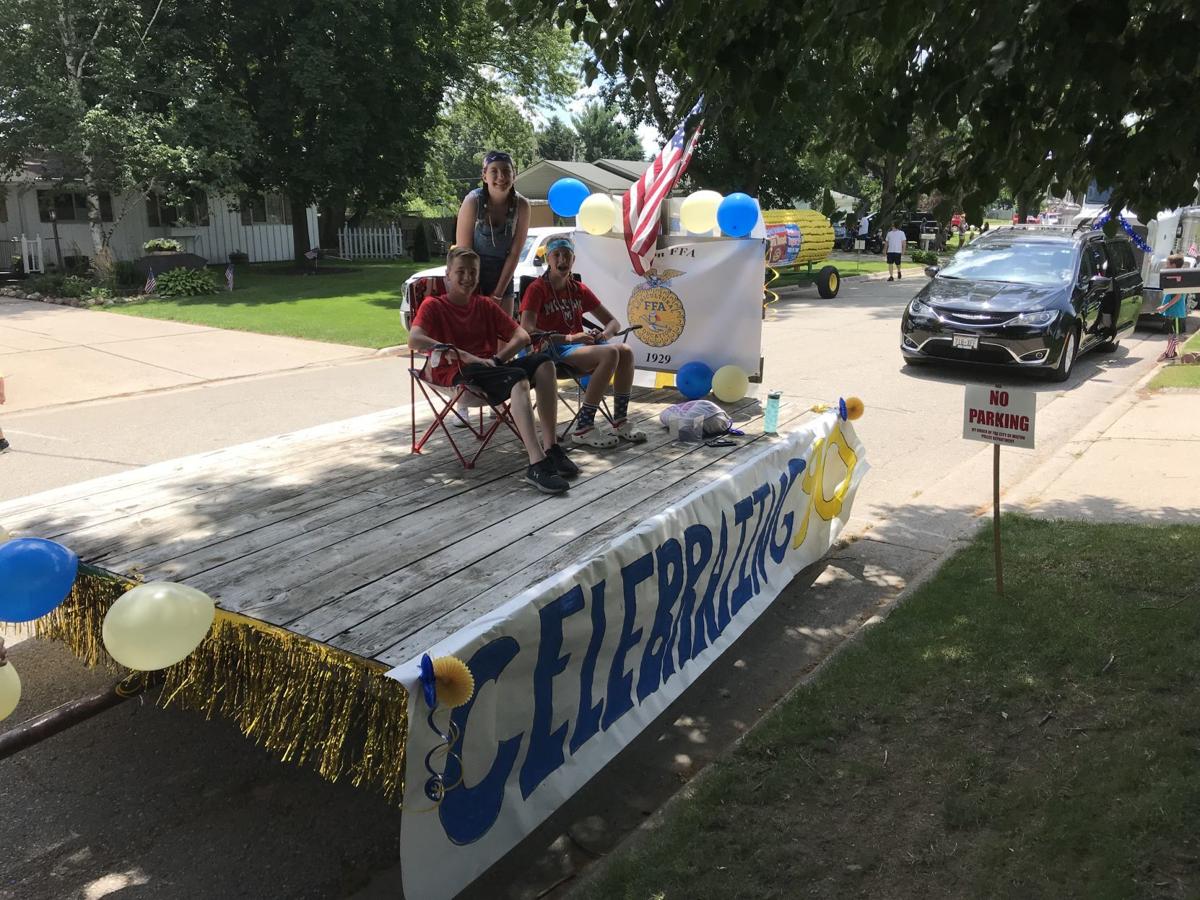 An FFA cleanup crew assembles in 1978.

Longtime Milton residents and former FFA members Jim O’Leary and Brian Paul couldn’t quite pin down the details, but they both agreed that sometime around the early 1980s a new agricultural education teacher, Robert Johnson, came to town and he began the FFA Alumni group in Milton.

In 1992, organization of the Fourth of July festivities changed hands, with the FFA taking those responsibilities from the “defunct Jaycees” the Milton Courier reported in 2011.

For the last 10 years, Paul, a 1997 Milton High School graduate, has served as the chairman of the FAA Alumni Fourth of July committee, he said.

Anyone can join the alumni group, both Paul and O’Leary said.

“Most of us were not in FFA, we are just here to support the kids and raise money so, like Jim likes to say, we can give it away,” Paul said.

“We raise a lot of money and we have a good time doing it,” O’Leary, a 1972 graduate of Milton High School and a former Milton School board member, ending his 12-year tenure in 1998, said. There are about 120 Milton FFA Alumni members, he added.

The group funds annually between $15,000 and $20,000 in scholarships, buys projects at the Rock County 4H Fair, organizes and helps fund the Fourth of July event and holds an annual silent auction.

“We do a Thanksgiving basket drive for the food pantry which costs about $5,000 each year,” Paul said.

The group also donated about $10,000 to the Milton Public Library renovation project completed in 2017.

“We just got done paying that off,” Paul said.

When it comes to the Fourth of July festivities, “planning this is a logistical nightmare, but we like to grow our efforts to support the kids,” Paul said.

He described the event as a fun activity that members of the community look forward to each year and it provides fundraising opportunities for community projects. The alumni group makes most of its proceeds through its beer tent sales, he said.

The FFA students sell cheese curds and take on cleanup detail early each morning during the event.

“We have been lucky to have wonderful sponsors over the years,” he said adding that Diamond Assets has been a big sponsor.

“We adapt to what we make. We raise the funds before we know what we can spend. You live within your means,” O’Leary said.

Describing the festivities, Paul said: “It has been pared down a bit. It used to be a four- and even five-day event, with softball tournaments, but those activities are not as popular as they once were.

“A four-day event required 300 volunteers. More recently it has been a two-day event,” he said, adding this year, Fourth of July falls on a Saturday. Plans call for entertainment on Thursday, Friday and Saturday nights.

“There will be fireworks, a parade, carnival, a flea market, which is new this year, and other family-oriented events,” Paul said. He thinks he’ll need about 100 volunteers.

There are vendor booths sponsored by local organizations, O’Leary said.

Money to help support the events comes largely through the group’s annual dinner and silent auction, planned this year for April 11 at Phil’s, formerly known as Countryview on Highway 59. This year, the meal begins at 5 p.m. and the auction at 6, Paul said. Meal tickets will be available at the door. Price and menu have not yet been finalized, he said.

At the auction, the group typically makes about $20,000, Paul said.

“We have everything from cookies to time shares,” O’Leary said.

The public can participate by joining the group, supporting fundraisers, making a cash donation or donating to the silent auction, Paul said. Those interested in donating to the auction can contact Paul, 608-449-5447, or John Alf at First Community Bank.

Like many organizations, Paul said, the alumni group is looking for new members.

“We want people to join. They can come to a meeting or reach out to a local agricultural teacher or any of our members. There is a FB page (Milton FFA Alumni). The meetings are held on the first Tuesday of every month at 7:30 p.m. in the agricultural room at the Milton High School,” he said.

“The Fourth of July event is a way to say ‘thank you’ to the community for its year-round support and a way to make money for the kids. We have the best fireworks show in the area by far,” Paul said.

Said O’Leary: “All we do is to try and further the education of children. I can’t imagine anybody who doesn’t want to be involved in FFA. When you see those kids get up and speak in front of people you have faith in the youth because they are the ones who are going to make a difference in agriculture.”