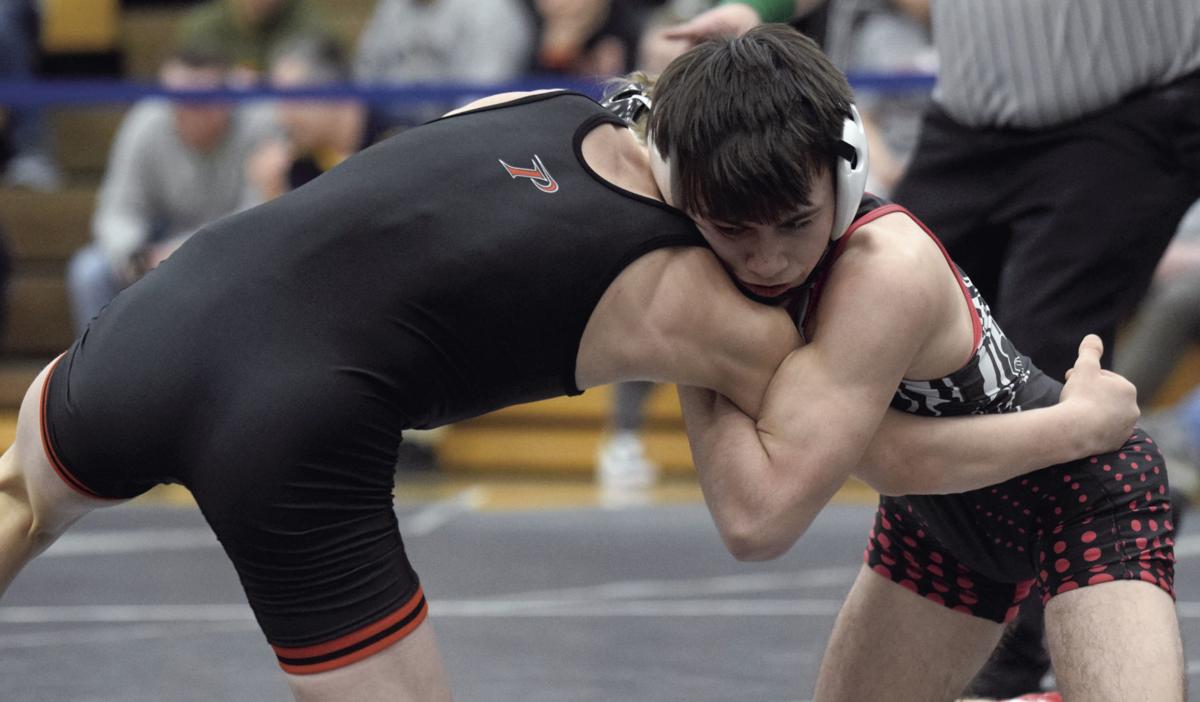 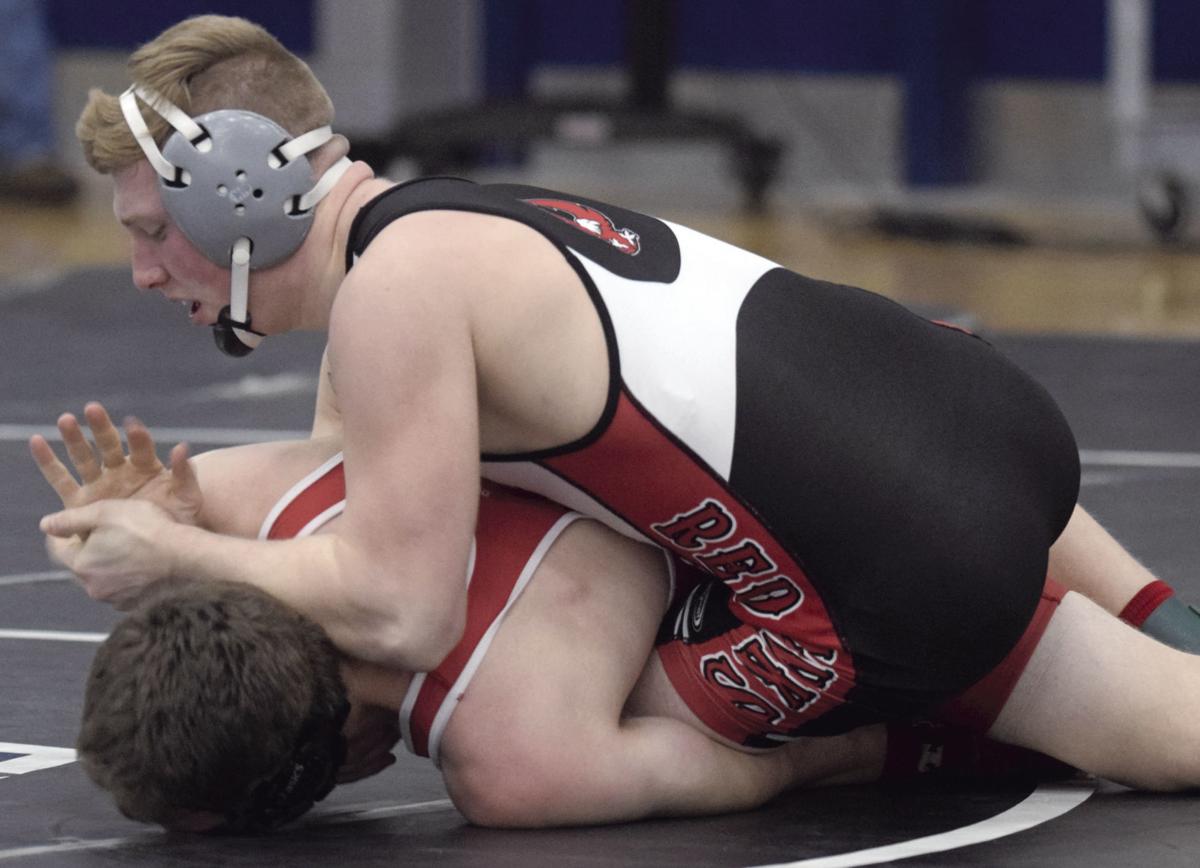 Senior Jordan Stivarius tries to lock in a power-half on Monroe’s Jaden Clark during a 170-pound opening-round match Saturday, Feb. 8, at the Badger Conference Tournament at Watertown High School.

Senior Jordan Stivarius tries to lock in a power-half on Monroe’s Jaden Clark during a 170-pound opening-round match Saturday, Feb. 8, at the Badger Conference Tournament at Watertown High School.

The Red Hawks finished with 240 points, while Stoughton won the conference meet with 326 points.

“We had a pretty good day on Saturday,” Milton head coach Pat Jauch said. “We’re not ever going to celebrate getting second place, but I will celebrate the effort we showed. We got a lot of bonus points, and everybody scored team points.”

Milton collected a tournament-high 23 pins/tech falls and had the best seed versus actual placement at the meet — with the Red Hawks out-placing their seeds by 12 places overall.

“I’ve been preaching that we need to score bonus points in the tournament season, because those all add to your point totals in tournaments,” Jauch said. “I’m very proud of our guys for those stats.”

Beckett is the No. 1 ranked wrestler at 106 pounds in Division 2.

Freshman Matt Haldiman lost in the 113-pound championship versus Watertown’s Oscar Wilkowski with a fall 5 minutes, 12 seconds into the match.

Fellow freshman Royce Nilo also was defeated in a championship bout. Wauankee’s Kolby Heinz bested Nilo with a 7-3 in the 120-pound championship.

For the second straight year, sophomore Kade Desormeau finished fourth at 160 pounds. He lost to Waunakee’s Kaden Hooker via a 16-4 major decision in the third-place bout.

Up next for Milton is a WIAA regional Saturday, Feb. 15, at Beloit Memorial High School. Last year the Red Hawks took second at the regional, with Janesville Craig taking first.

“We had a great overall team effort, and we want to continue that as we go to regionals this week at Beloit Memorial,” Jauch said.