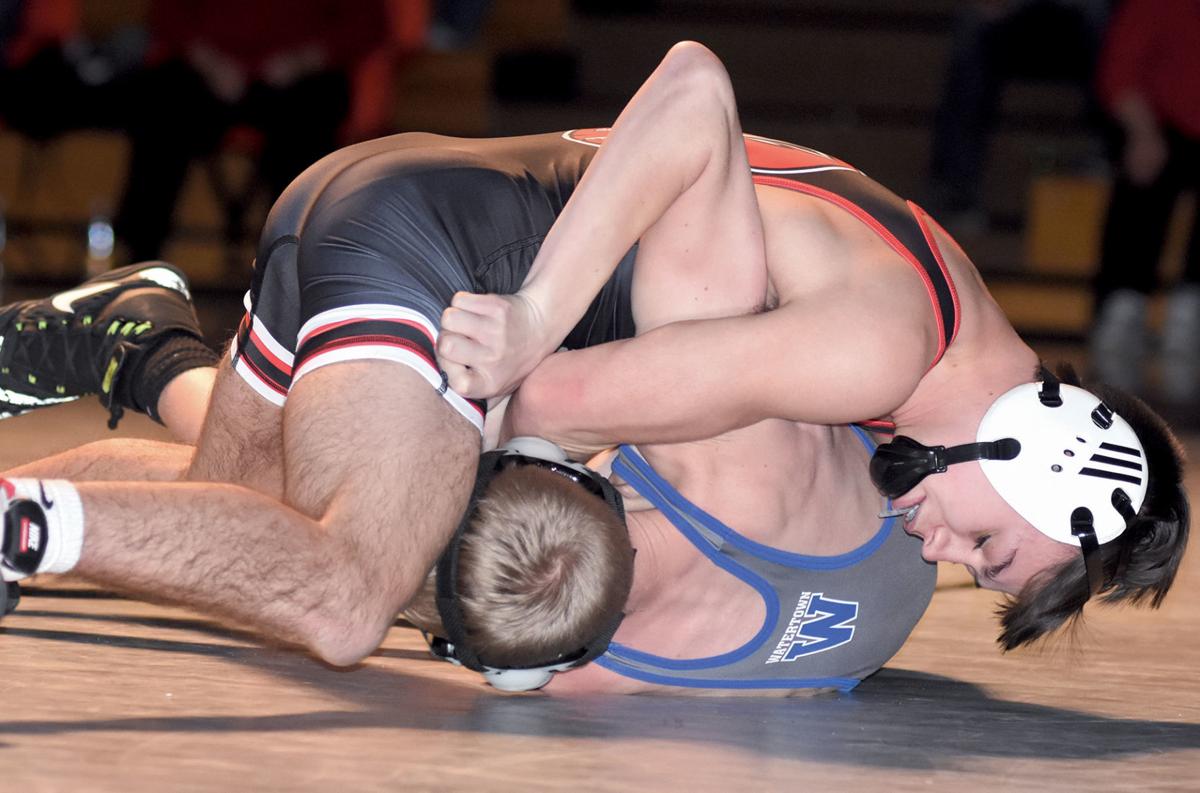 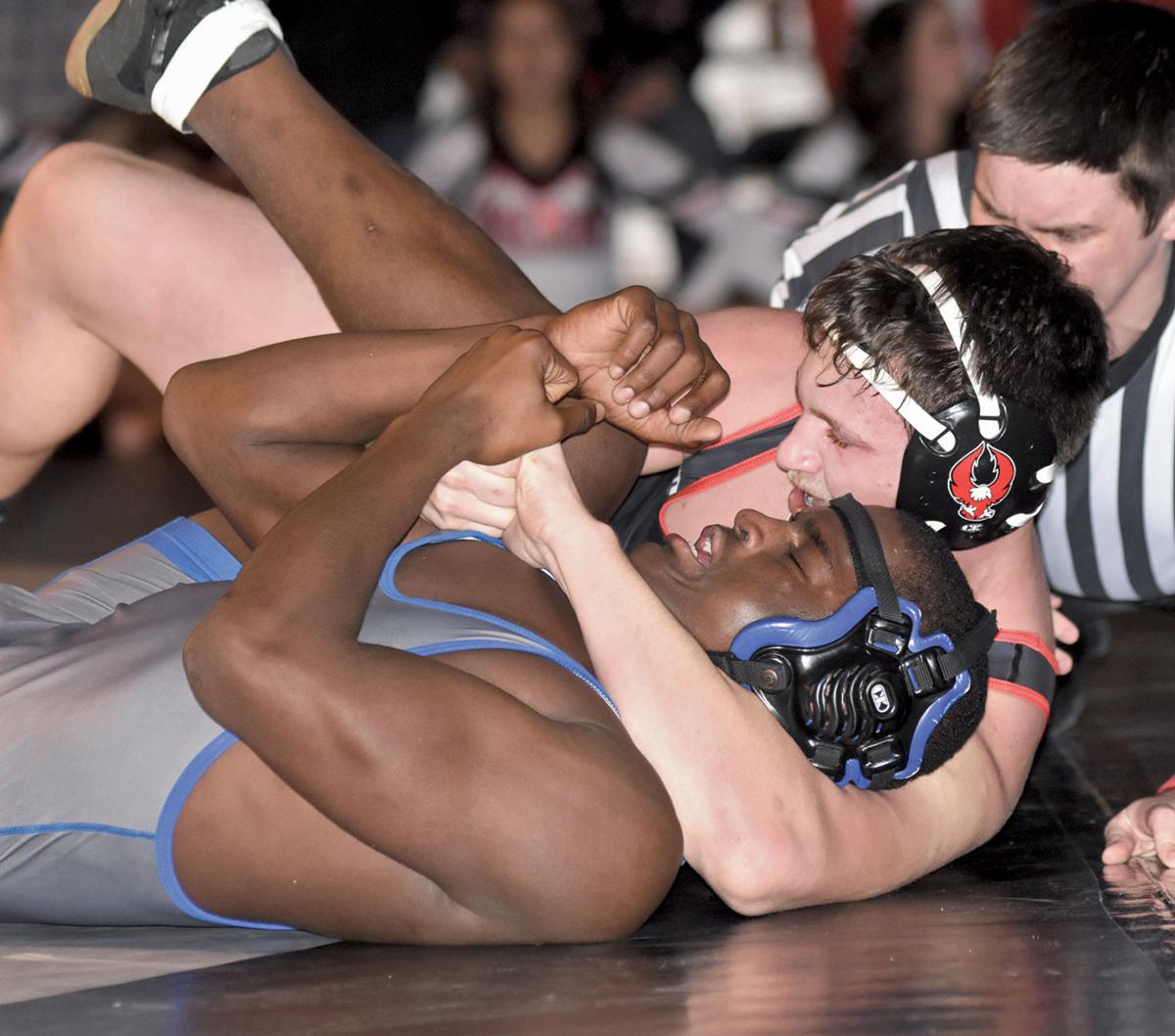 The Milton wrestling team gave up no pins as the Red Hawks defeated Watertown, 48-21, in a Badger South Conference dual Friday, Jan. 3, in Watertown.

“The biggest positive is that nobody on our team got pinned,” Milton head coach Pat Jauch said. “I’ve been looking for that kind of toughness to show up. If nobody gets pinned, it will take an elite team to beat you in a dual.”

While Watertown collected no pins, Milton earned falls in six of its nine victories.

The Goslings took control early in the dual, winning four of the first five matches to take a 16-3 lead. But, the Red Hawks earned six points in the next seven matches.

Sophomore Kade Desormeau got Milton’s first pin of the night at 170 pounds with a first-period fall.

“Kade Desormeau has been a go-to-guy that you can really trust to score bonus points when we need him to,” Jauch said.

Senior Jordan Stivarius earned a forfeit at 182 pounds and then sophomore Caleb Peters got Milton’s second pin of the night at 195 pounds to take a 21-16.

The Red Hawks never looked back.

“They beat us to the punch early and I thought Watertown’s kids really wrestled well,” Jauch said. “They had a few starters out, but came out with a lot of intensity. We didn’t match it well at first, but then once we got to 170, Kade Desormeau got us rolling with a pin.”

Junior Trey Smith got the Red Hawks’ first points of the night at 138 pounds with an 8-2 decision.

“Trey Smith is battling a few minor injuries, but continues to get after it and brings intensity to the practice room,” Jauch said.

The Red Hawks wrestled in a dual on Wednesday, Jan. 8, in Milton, but results were not available by publication time. Milton will compete in an invitational Friday, Jan. 10, in Port Washington at 4 p.m.

“Overall guys are working extremely hard in the room,” Jauch said. “Injuries are hurting us a bit right now, but I’m having fun with this group. We’re going to keep getting better.”