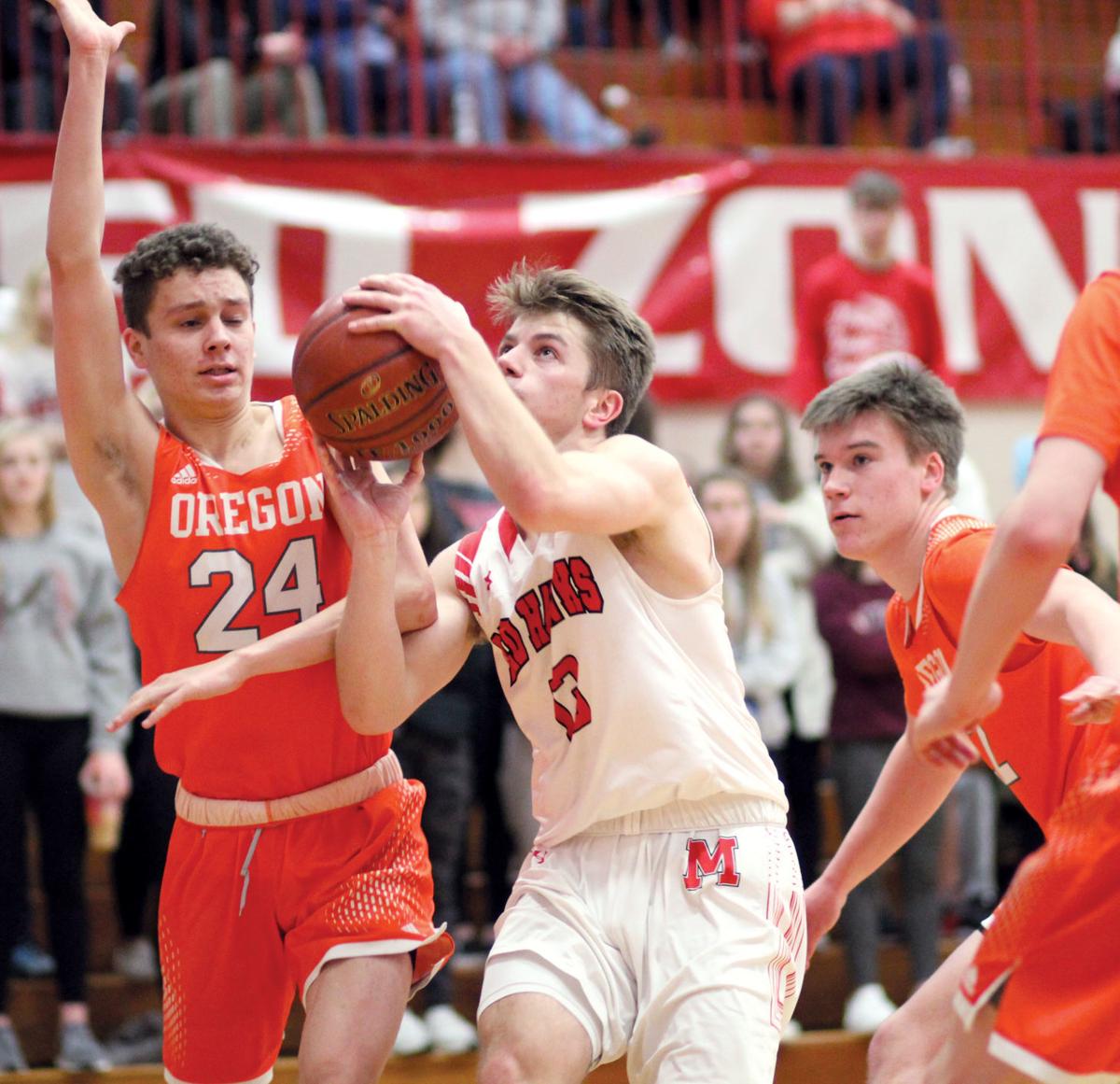 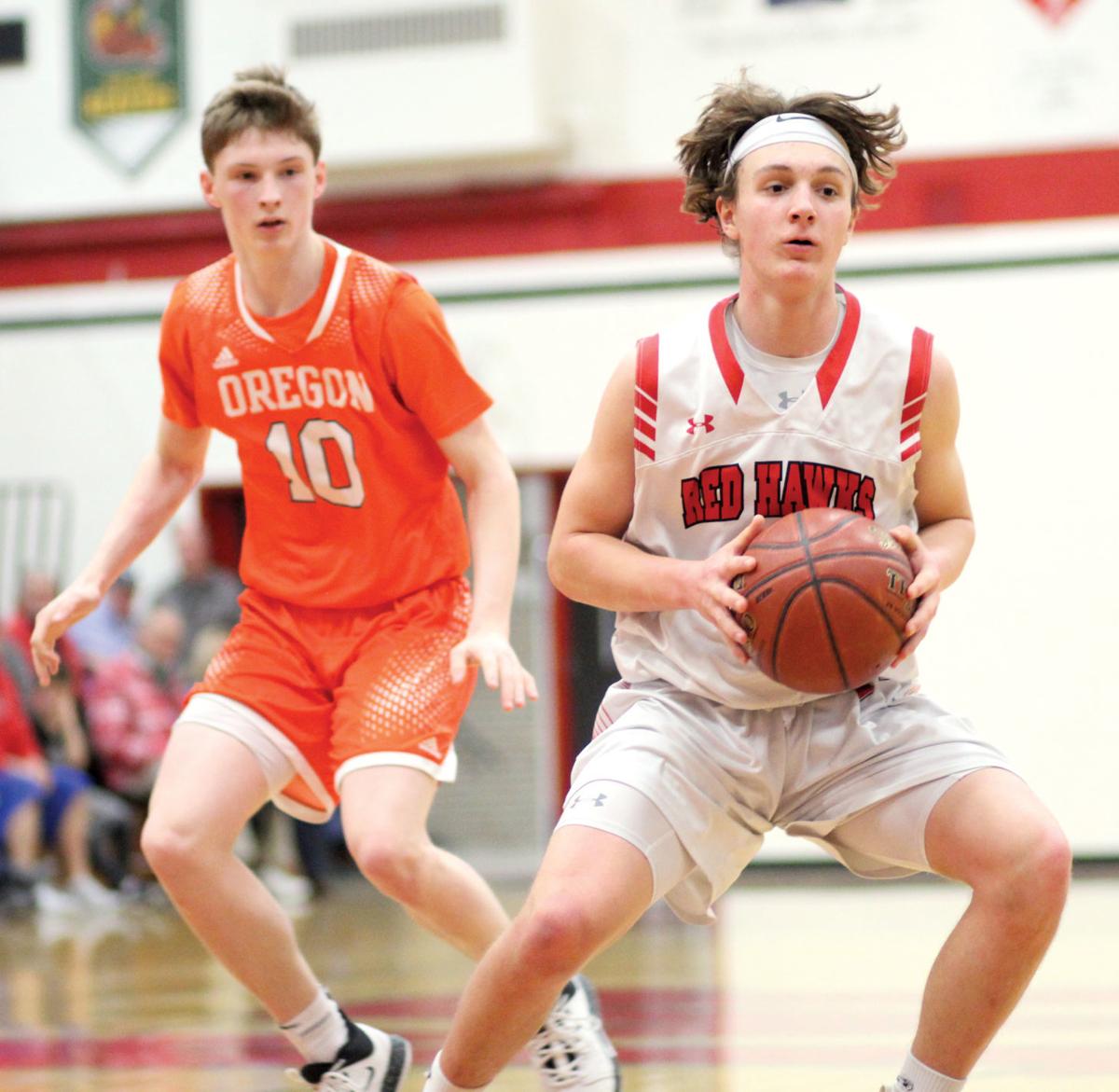 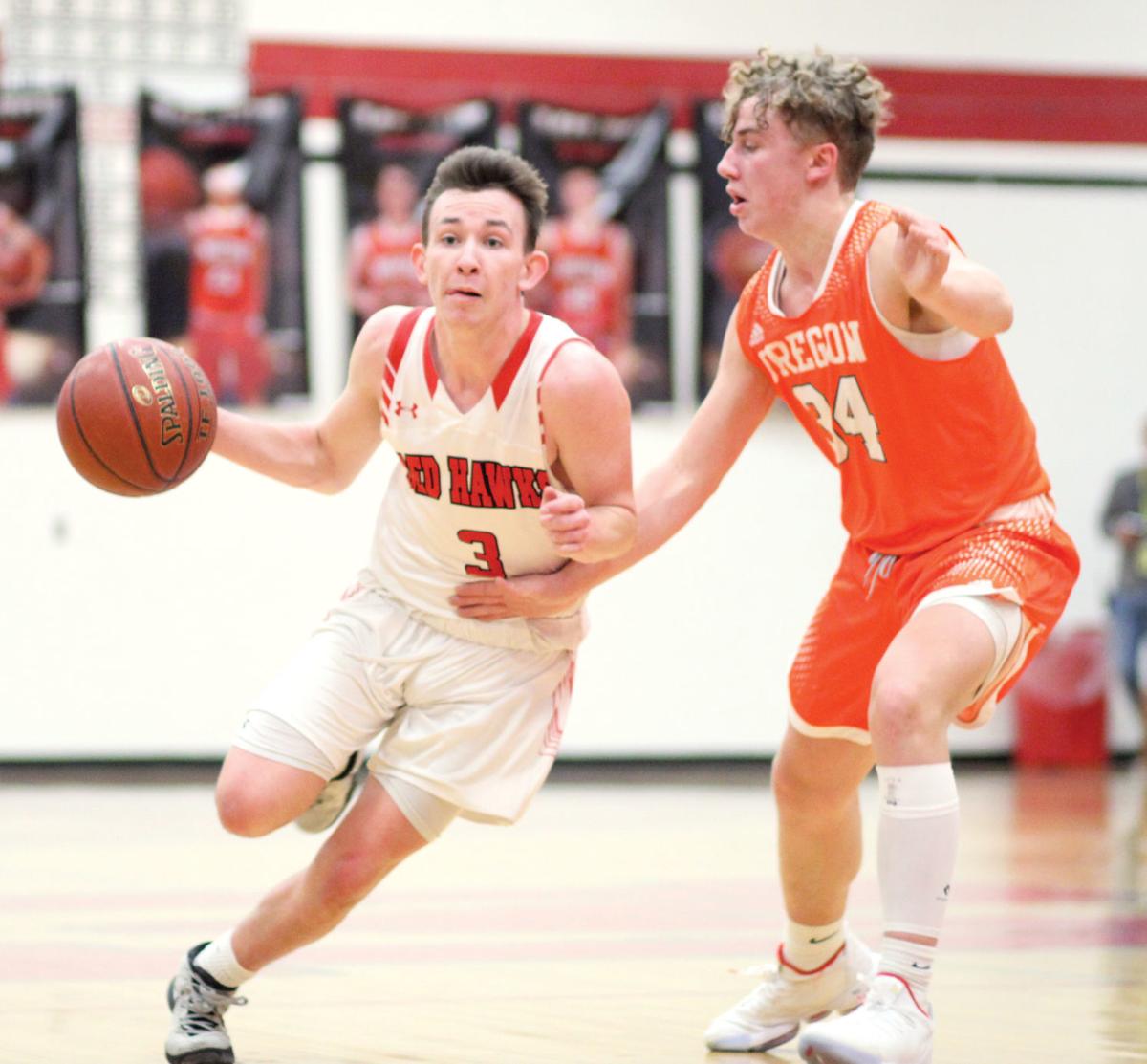 A lawnmower, a dog — the Milton boys basketball team had a few different ways to describe Ethan Burrows play Saturday.

Burrows scored 13 of his 21 points in the second half to help the Red Hawks build on their seven-point halftime lead.

“He’s got a combination that makes him really hard to guard,” Milton head coach Alex Oslon said. “He’s strong and quick. He’s really good at feeling the defense around the rim and being slippery. They call him the lawnmower, because he just bulldozes his way in.

Nine of his 21 came from the free-throw line. He also converted three layups while being fouled.

“Burrows is just a dog,” said sophomore Jack Campion, who added 19 points. “He just gets out and goes. You don’t want to get in front of him when he’s going to the rim.”

The Red Hawks kept the Panthers at a two-possession distance the entirety of the first half. It looked like Milton was bound to go into the break up double digits, but a turnover and a half-court heave from Oregon junior Erik Victorson cut the deficit to 39-32 as the teams headed into the locker room.

“Trying to defend him without fouling is a really tough task,” Olson said. “He just keeps getting better, more confident.”

A 3-pointer from Campion 24 seconds later made it 51-41 Milton, and Oregon got no closer than nine points the rest of the game.

Victorson — who is third in the Badger South in scoring at 18.6 points per game — finished with 20 points for Oregon. Along with his half-court buzzer beater, Victorson also made a deep three in the waning minutes of the game.

“What Cole Kudrna is doing doesn’t show up in the stat sheet, but it’s incredible,” Olson said. “He’s within three Oregon defenders and then somehow we have the basketball.

The win avenges a 64-59 loss to Oregon earlier in the season.

“We thought we let one get away at their place about a month or so ago,” Olson said. “We’ve come a long way from a team and program since then.”

Milton took on rival Fort Atkinson in a conference game Tuesday, Feb. 11, at Fort Atkinson, but results were not available by publication time. Milton will host Monona Grove Friday, Feb. 14, at 7:15 p.m.