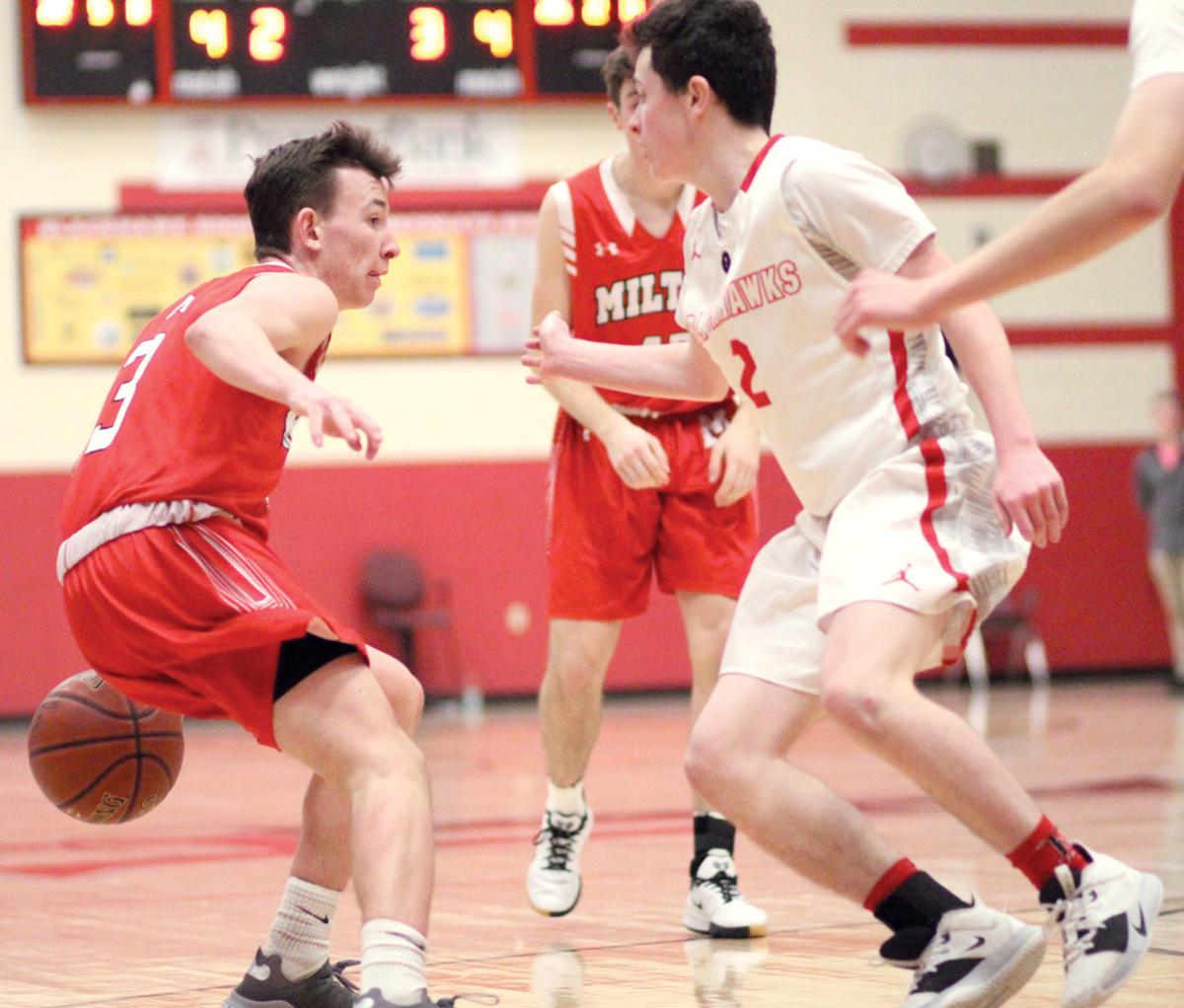 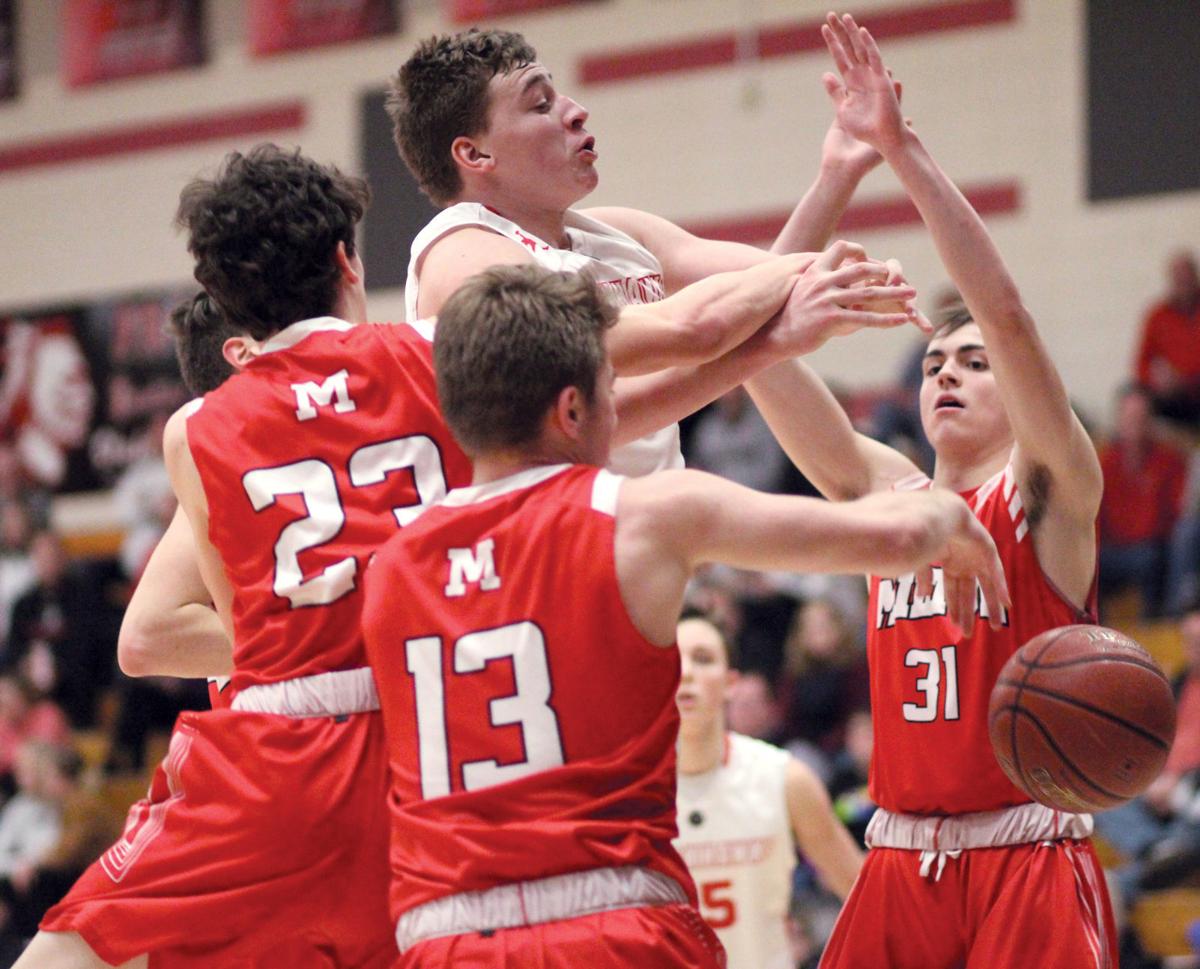 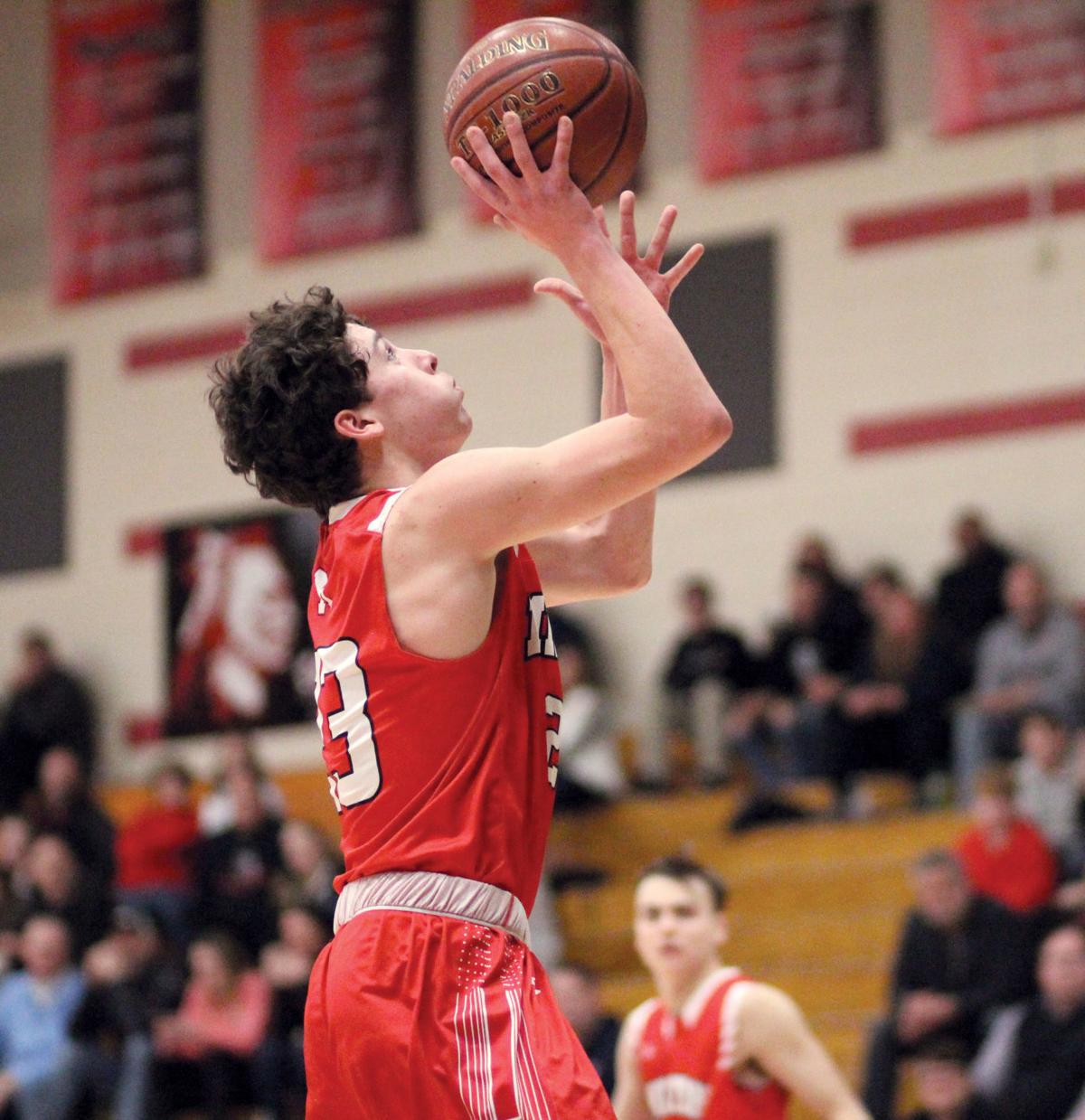 The game was anybody’s down the stretch.

Tied at 57-57 with just under three minutes to play, Fort Atkinson scored 10 of the final 12 points to earn a 67-59 win over Badger South rival Milton Tuesday, Feb. 11, at Fort Atkinson High School.

“We were resilient again,” Fort Atkinson head coach Mike Hintz said. “At the end we just buckled down and found a way to challenge them and make them shoot over us. We secured rebounds and hit free throws, which is a sign of a growing team.”

Milton trailed by as much as 11 in the second half, but tied the game with 2:51 to play. The Red Hawks were held without a field goal the final 2:50.

“We definitely battled back, but they executed late game, we did not. Kudos to them,” Milton head coach Alex Olson said.

Fort Atkinson took a 26-20 lead into the break.

The Blackhawks got their first double-digit lead of the game after a 3-pointer from Baker made it 45-34 with 11 minutes to play.

"We had a group in there committed to getting stops," Olson said. "And offensively its weird how that works — once you get a few stops the lid comes off the basket a little bit."

Fort Atkinson kept its lead intact until Milton tied at 57-57 with a Campion bucket with 2:51 remaining.

With the game tied, the Blackhawks went down low to sophomore Drew Evans, who finished with a layup off the glass to give Fort Atkinson a 61-59 advantage with 2:31 left.

“That means a lot,” said Evans about his team giving him the ball down the stretch. “It’s a big change of pace because I was on the freshman team last year. I worked a lot throughout the summer.”

Milton junior Sam Burdette cut the deficit to 61-59 with a pair of free throws 18 seconds later.

It would be the Red Hawks’ last points of the night.

The Blackhawks closed out the game 6 of 6 from the free-throw line.

Baker finished with a team-high 15 points. He connected on three 3-pointers.

Evans found success Tuesday getting the ball deep in the post, backing his defender down with a couple dribbles and finishing with a soft touch at the rim.

"We know size is an issue for us, but it's not an excuse," Olson said. "He (Evans) definitely worked to get his seal and the thing we didn't handle well was our ball pressure to deny those post entries."

Campion finished with a game-high 24 points for Milton.

Milton will host Monona Grove in a conference game Friday at 7:15 p.m.