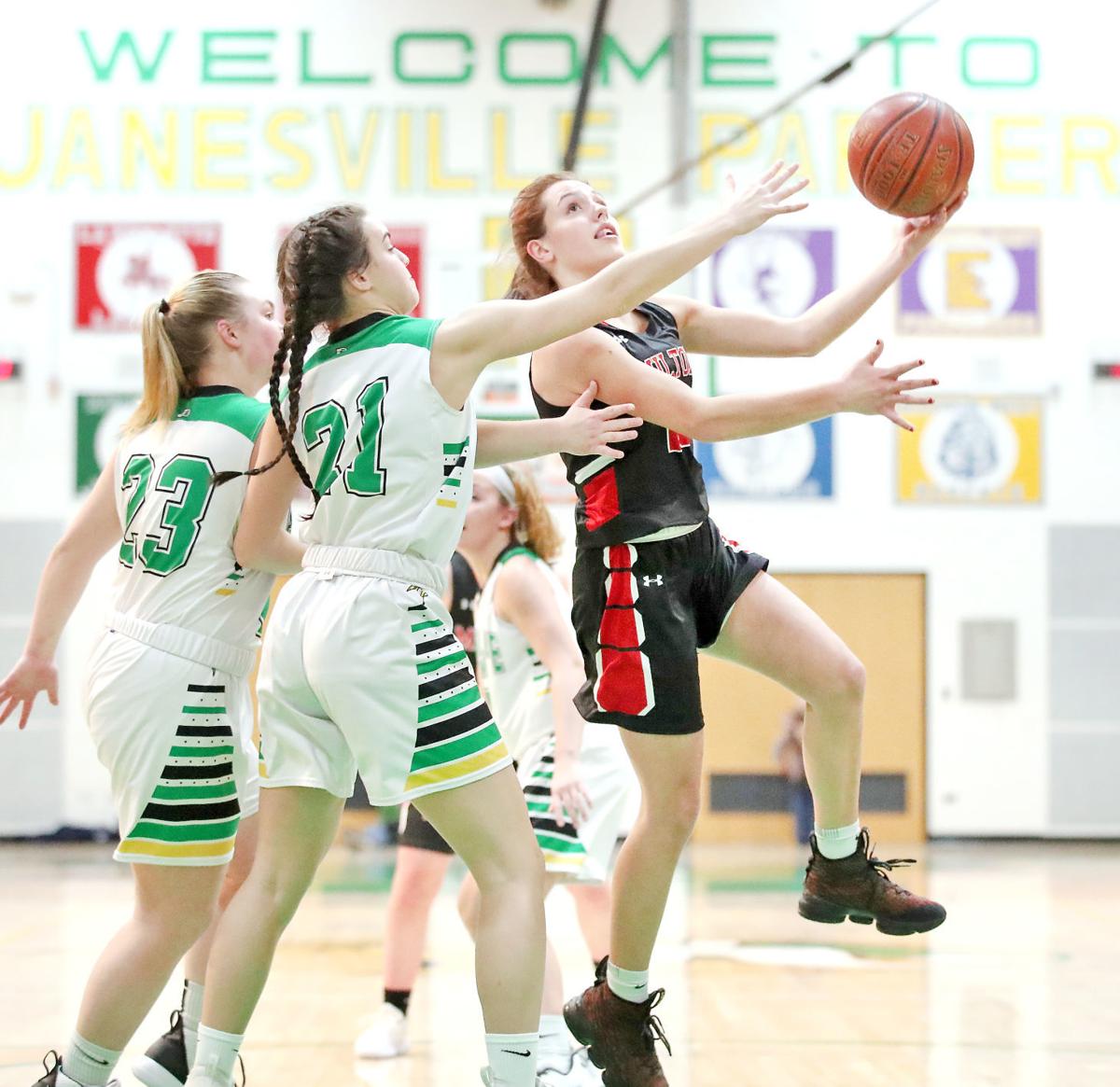 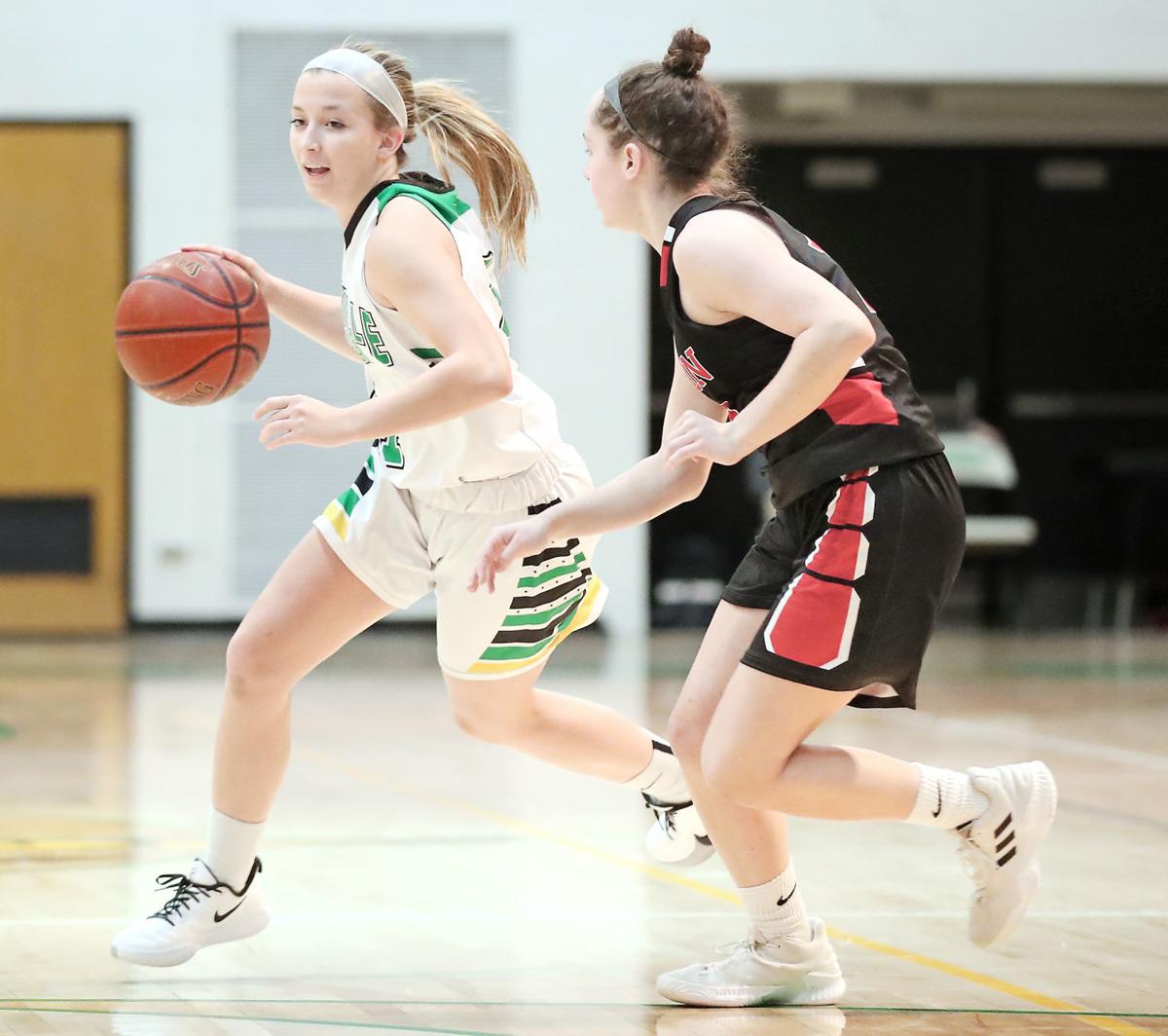 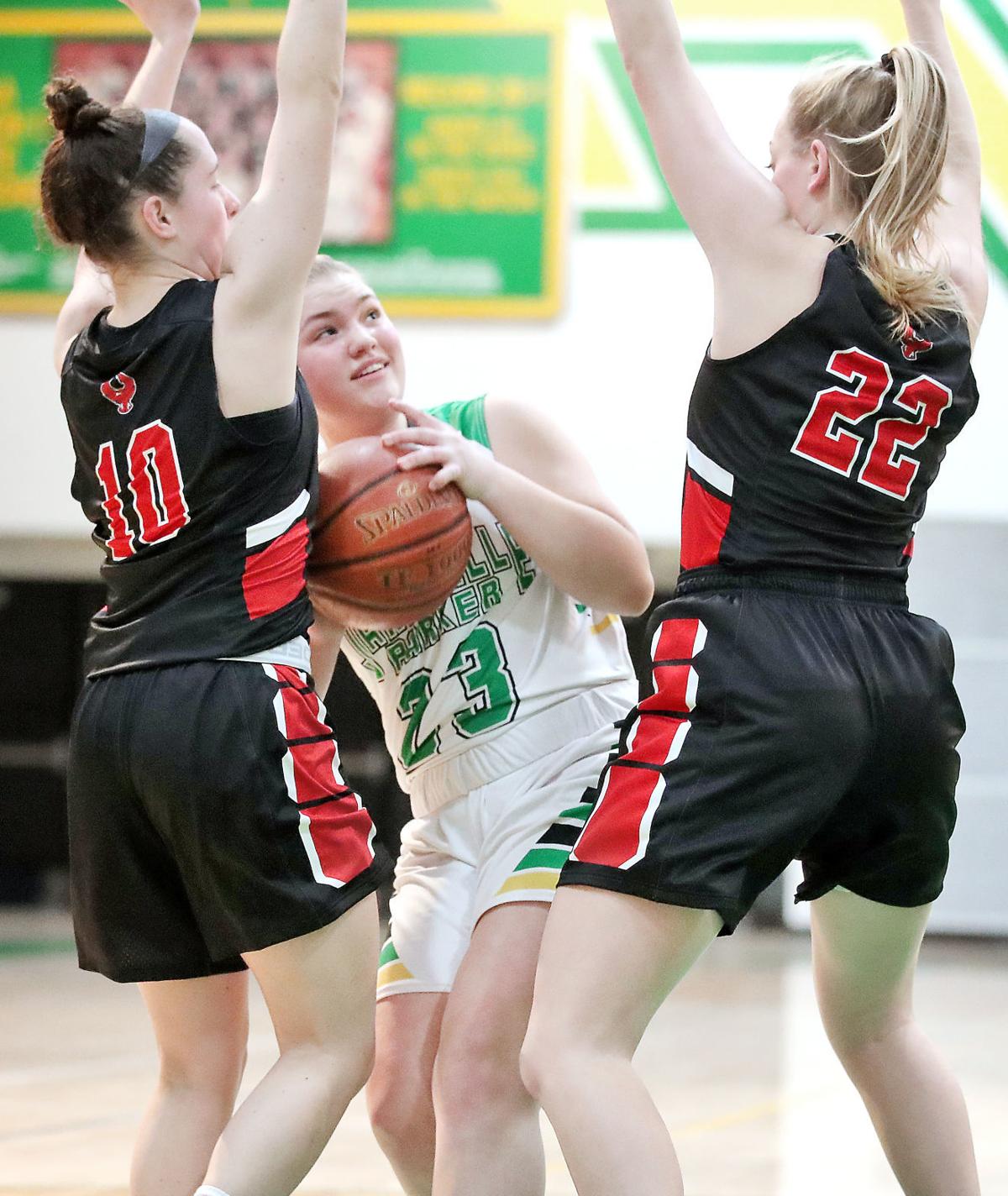 Janesville Parker’s Ava Egger-Ahrens tries to get a shoot off between Milton’s Courtney Weberpal, left, and Grace Quade during their non-conference game in Janesville on Nov. 29. 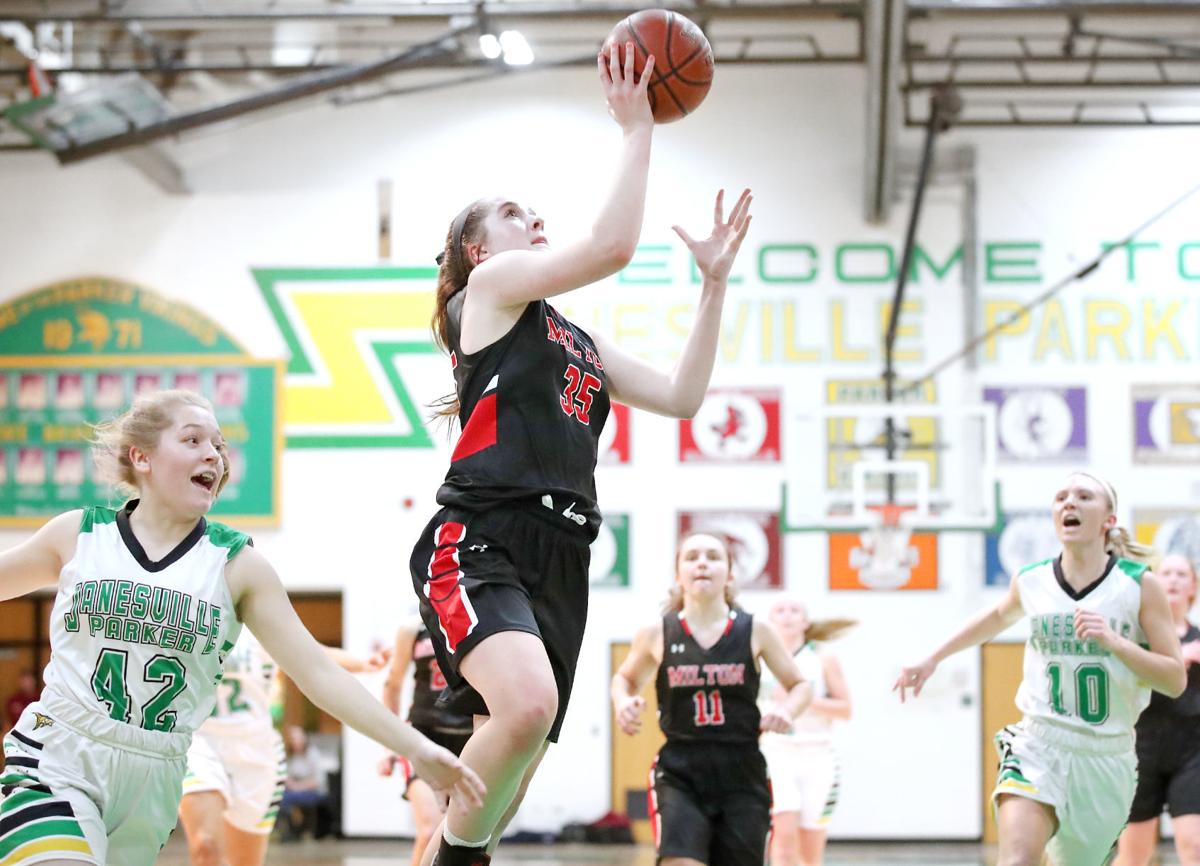 Milton’s Abbey Falk breaks away fro a layup in the first half of their non-conference away game against Janesville Parker.

Janesville Parker’s Ava Egger-Ahrens tries to get a shoot off between Milton’s Courtney Weberpal, left, and Grace Quade during their non-conference game in Janesville on Nov. 29.

Milton’s Abbey Falk breaks away fro a layup in the first half of their non-conference away game against Janesville Parker.

The senior guard scored 10 straight points in a three-minute span to lift the Red Hawks to a 42-39 non-conference win over host Janesville Parker Friday, Nov. 29, in Janesville.

Milton (1-2) went nearly nine minutes in the second half without a field goal, but Campion’s 3-pointer with 9:06 to play gave her team the lead for good at 25-24. She then added a steal for a basket, a driving layup and another steal and hoop with 7:54 left to cap her own personal 10-point run and make it 31-24.

“Abbie has the ability to do that this year, and tonight was a good example of that,” Milton coach Stacy Skemp said. “We’re glad she’s taking that role on her shoulders this year.

“It was nice to get a W after losing two close games to start the season. We needed this heading into the conference, which starts with a tough game right away with Oregon.”

The Red Hawks lost their season opener to Waterford by one point and at Mount Horeb on Tuesday, Nov. 24, by three points.

Tina Shelton, who led all scorers with 21 points, gave Parker it’s biggest lead of the game at 24-19 with 14:50 left as she converted off an offensive rebound.

Unfortunately for the Vikings, they didn’t score again until a Shelton free throw with 7:21 left cut Milton’s lead to 31-25.

Milton led 36-30 with 3:01 left on senior Alex Rodenberg’s basket underneath.

Parker eventually cut the lead to one at 40-39 on Shelton’s 3 with six seconds left, but Rodenberg made two free throws to seal the win.

Campion finished with 16 points for the Red Hawks, including 12 in the second half.

Once again, it was Campion leading the way for Milton in their non-conference road defeat on Nov. 24.

Campion netted 17 points, with 13 coming in the second half. Fellow senior guard Courtney Weberpal also broke double-digit points with 10, all coming after the halftime break.

Through three games this season, Campion has averaged a team-high 19.6 points.

It was neck-and-neck throughout, with Mount Horeb leading by just one point at the break, 22-21.

Milton will host Oregon Friday, Dec. 6, in a Badger South Conference opener in Milton at 7:15 p.m.