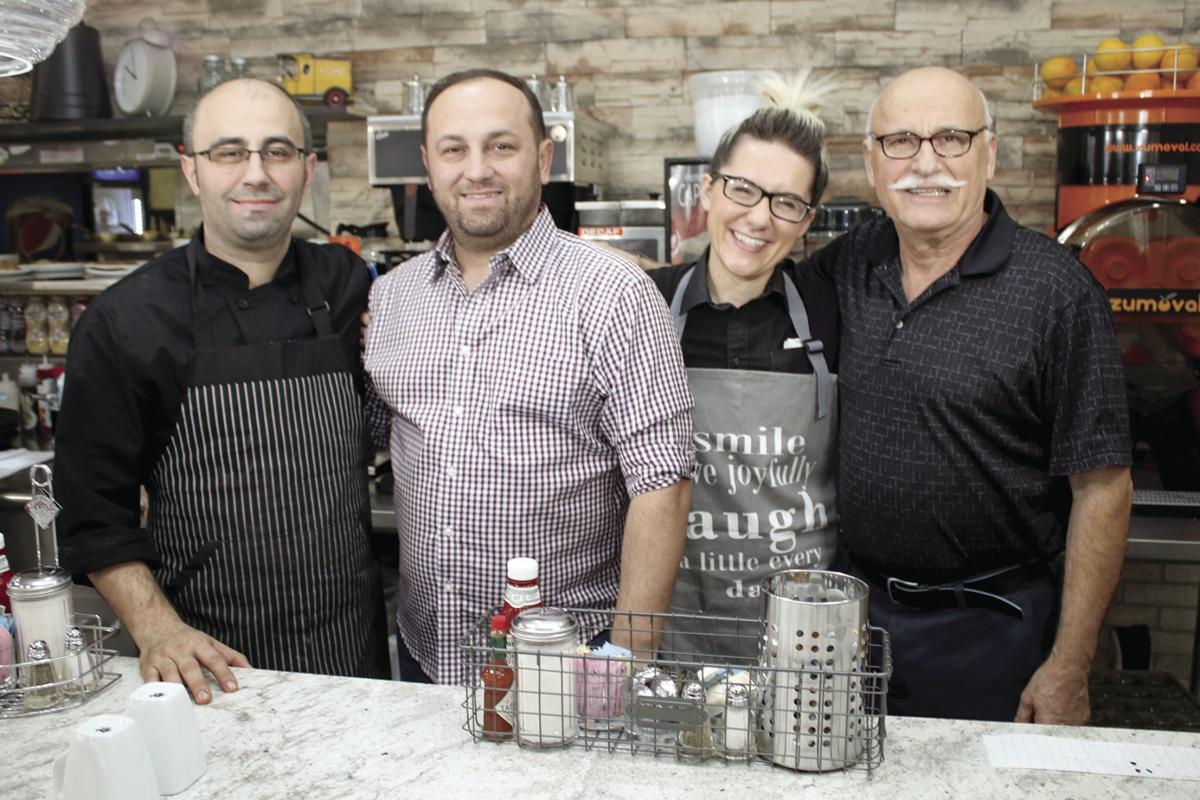 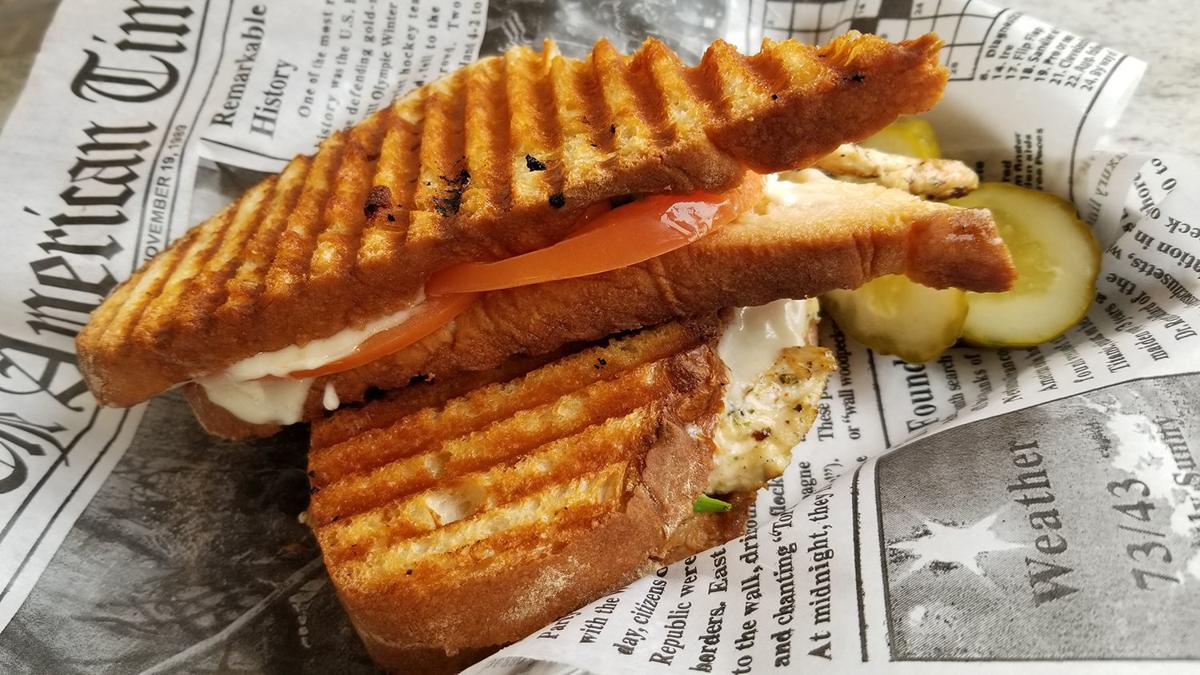 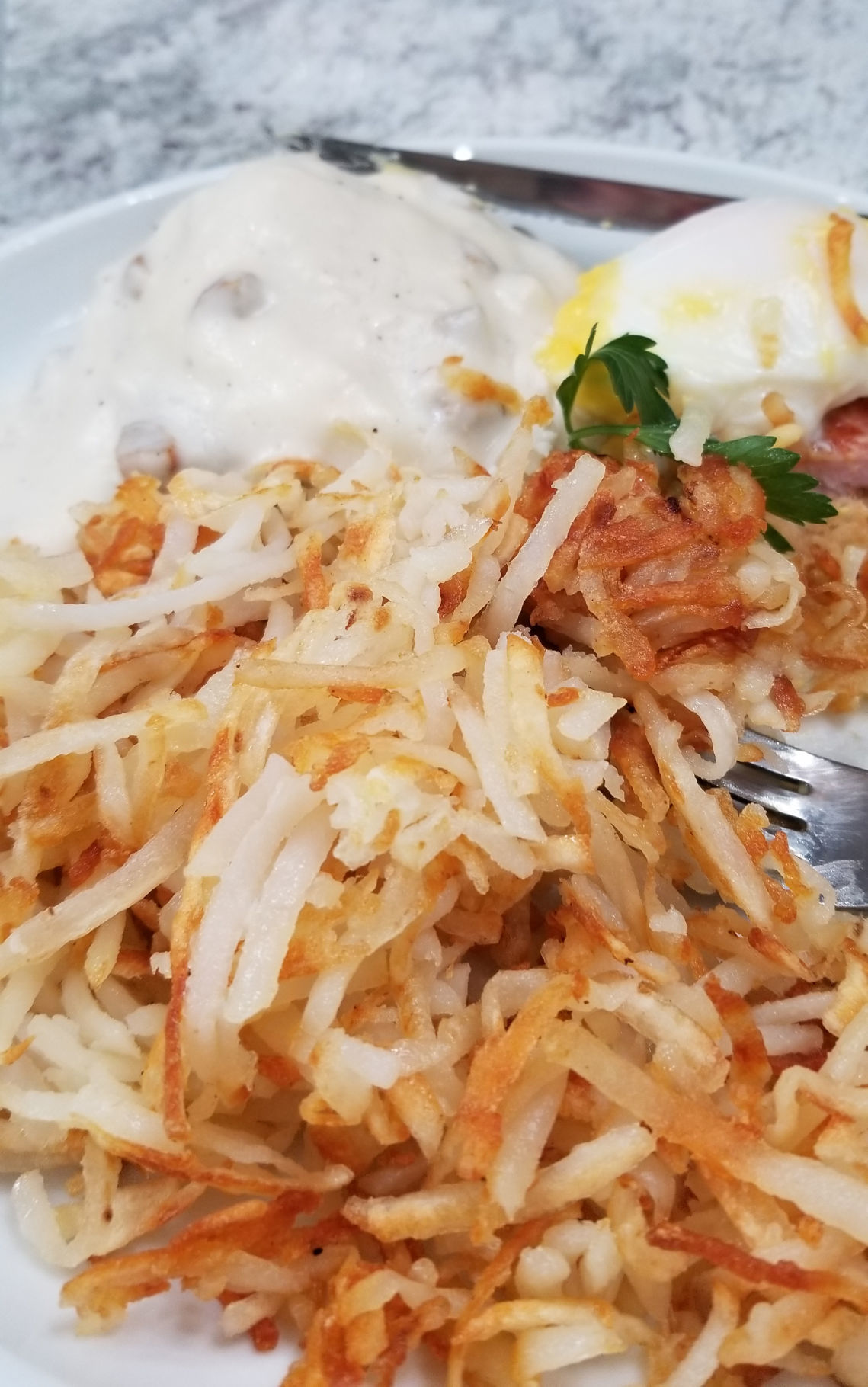 An English muffin splits. Canadian bacon and hollandaise tops one, traditional country gravy tops the other. Both have pouched eggs. 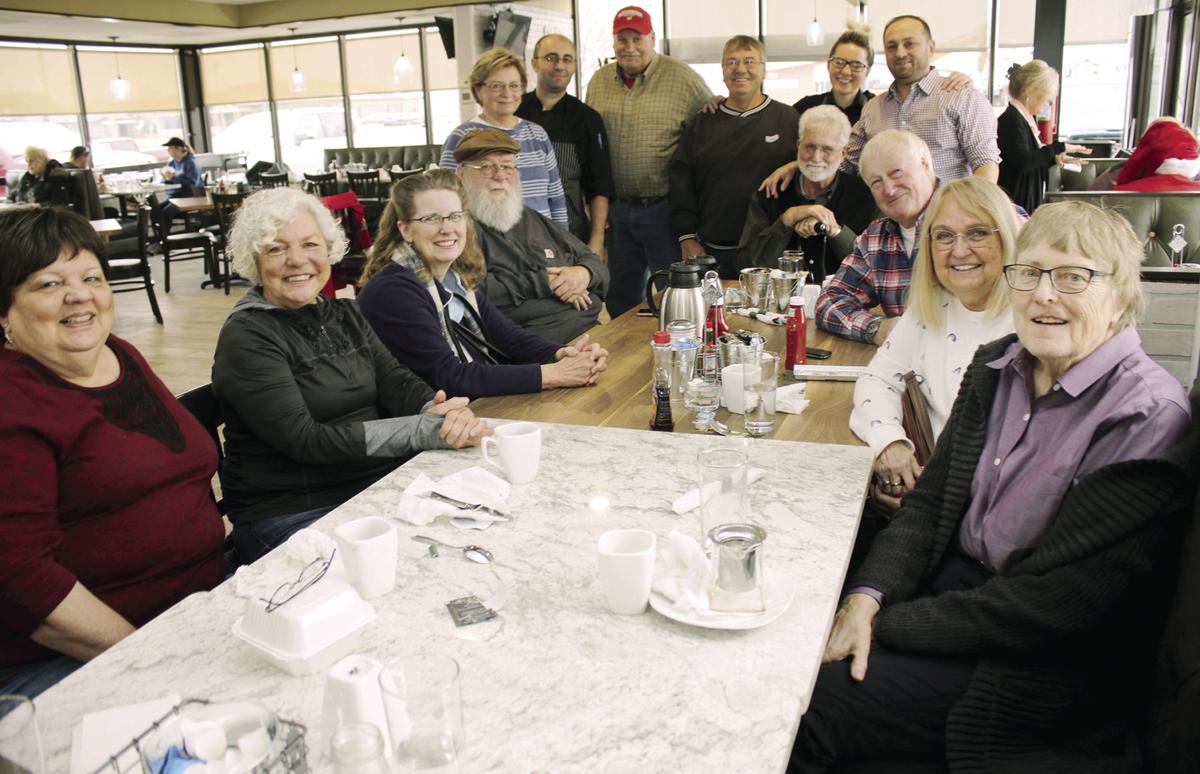 An English muffin splits. Canadian bacon and hollandaise tops one, traditional country gravy tops the other. Both have pouched eggs.

Milton’s most curious didn’t delay giving Café 26 a try. For months they had wondered what would go into the former Burger King location after Tasty Bites closed. Café 26 opened at 740 E. St. Mary St. on Nov. 18.

By lunchtime Wednesday, customers occupied every table and booth. Looking around, one customer commented, “It’s very nicely done and clean.” Another customer commented on the ample lighting. The overall décor’ could be described as simple, modern, Italian farmhouse with stone and wood hues. A yellow paint, maybe Tuscan sun, accents natural tones.

“We did a complete remodel. Basically we gutted the whole inside,” said Kiki Ademi told the Milton Courier.

Farmhouse wall hangings invite customers to “Choose to be happy.” and “Gather.”

Light fixtures, flooring and paint are new. Tabletops are butcher block or marble.

“Our motto is you have to do it right or just don’t do it at all,” said Kiki, who grew up in the restaurant business in Illinois. “You have to do quality and quantity. If you want to have a successful place and earn anything that you do, you want to do it right. Quality and quantity across the board – no matter what it is: our service, our food –“

As she’s speaking, her husband, Benny, politely interrupts so they can pose for a photo with members of the Milton Union Class of 1965, who are seated at tables nearby.

Both husband and wife seem quick to make friends.

Benny is the head chef at the couple’s Italian restaurant, Fanatico, in Whitewater and already has observed that Fanatico customers from Whitewater followed them to dine in Milton.

During the brief photo shoot, a white plate with a specialty eggs benedict and hash browns was placed on the marble counter. Its name, “Divorced Benedicts,” is itself a source of controversy.

“Grandpa,” Esat Rushiti of Janesville is the Café 26 host, greeter and jack of all trades. With his dark eyes and white mustache, he smiles easily but said he would prefer the benedicts have a different name.

Café 26 Chef Gzim “Jimmy” Rexhepi, depending on your viewpoint, takes at least partial blame or credit for splitting an English muffin and placing Canadian bacon topped with hollandaise sauce on one half and sausage patty topped with country gravy on the other.

“We put our minds together,” said Jimmy referring to how he and Benny came up with the name. Jimmy, a Fort Atkinson resident, has been in the restaurant business for 25 years.

The two chefs, who are like brothers, and Kiki, lead the Cafe 26 team.

Jimmy continued by talking about another of his favorites: stuffed french toast with cream cheese filling, strawberries, icing and whipped cream.

He clarified, “It’s not two pieces of toast with filling inside.”

Not wanting to share recipe secrets or how that is done, he turned to lunch.

“We have open-faced sandwiches, dinners, steaks, salmon – We have a 10- to 12-ounce country fried steak, which is unheard of,” Jimmy said. “It’s ginormous.”

The meat is lightly breaded, fried and topped with sausage gravy.

Often the Café 26 team of Kiki, Jimmy and Benny is asked if they will bring Fanatico recipes to Milton. With the restaurants located within 15 miles of one another, Kiki said they didn’t want to open a second Italian restaurant.

Featured Café 26 items will include similar items but have Jimmy’s twist, said Kiki, who was wearing a black collared shirt and an apron that says “smile, live joyful, laugh a little every day.”

“It’s going to be a lot of home cooking,” said Benny, who’s been in the business for 20-some years and will be able to help because he has mornings open.

With the opening of Café 26, you might say they now have hers and his restaurants. They opened Fanatico in 2015 and in March opened a second restaurant in Whitewater, La Piazza Pizzeria, featuring New York pizza by the slice. Benny knows New York style because that’s where he’s from.

Although he’s been in Wisconsin since 2015, his accent is deeply rooted and it seems so is he. “You don’t get the smiles in New York like you get here,” he later told a customer.

And that’s his goal.

“Customer service is No. 1,” said Benny. “Everything and anything beyond to make our customers happy and smile. You come as a guest – you leave as family.”

In Whitewater, he said they weekly receive thank-you cards, flowers and hugs from customers.

With Café 26 in Milton, Kiki said she wants to create an upscale dining experience. The wait staff is experienced and many have ties to Milton.

“It’s quality across the board, whether it’s cleanliness, food or service,” Kiki said. “I’m a big stickler on that. I like to think when you come here, you’re going to get all good.”

Café 26 is named after Highway 26. The intersection of St. Mary and Janesville Street (formerly Highway 26) was busy Wednesday as vehicles make their way from the city’s only intersection with traffic lights to the 26 Bypass.

Children’s meals are available for breakfast and lunch.