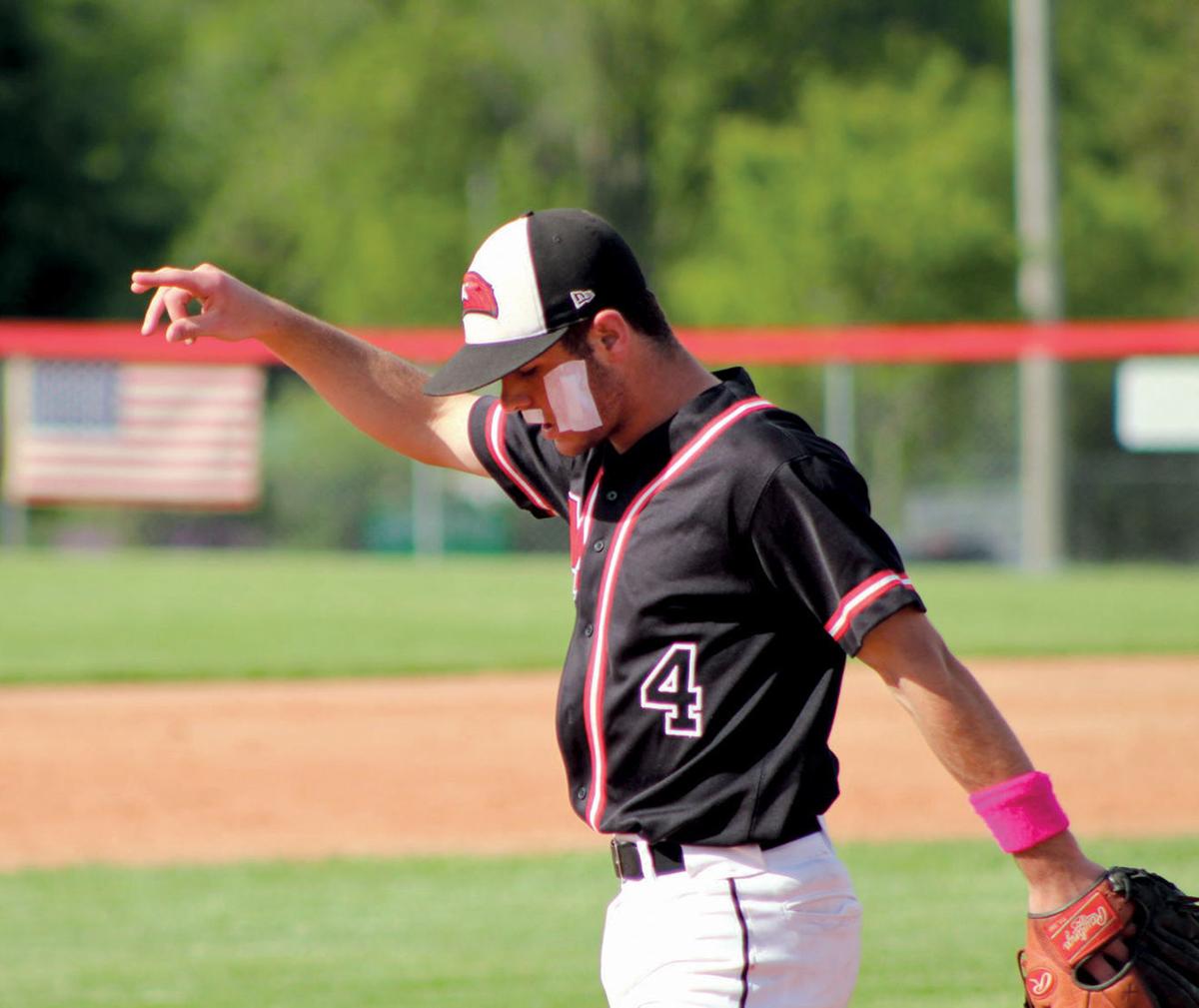 Sophomore Keegan Knutson — a University of South Carolina baseball commit — is one of several standout underclassmen at Milton High School. 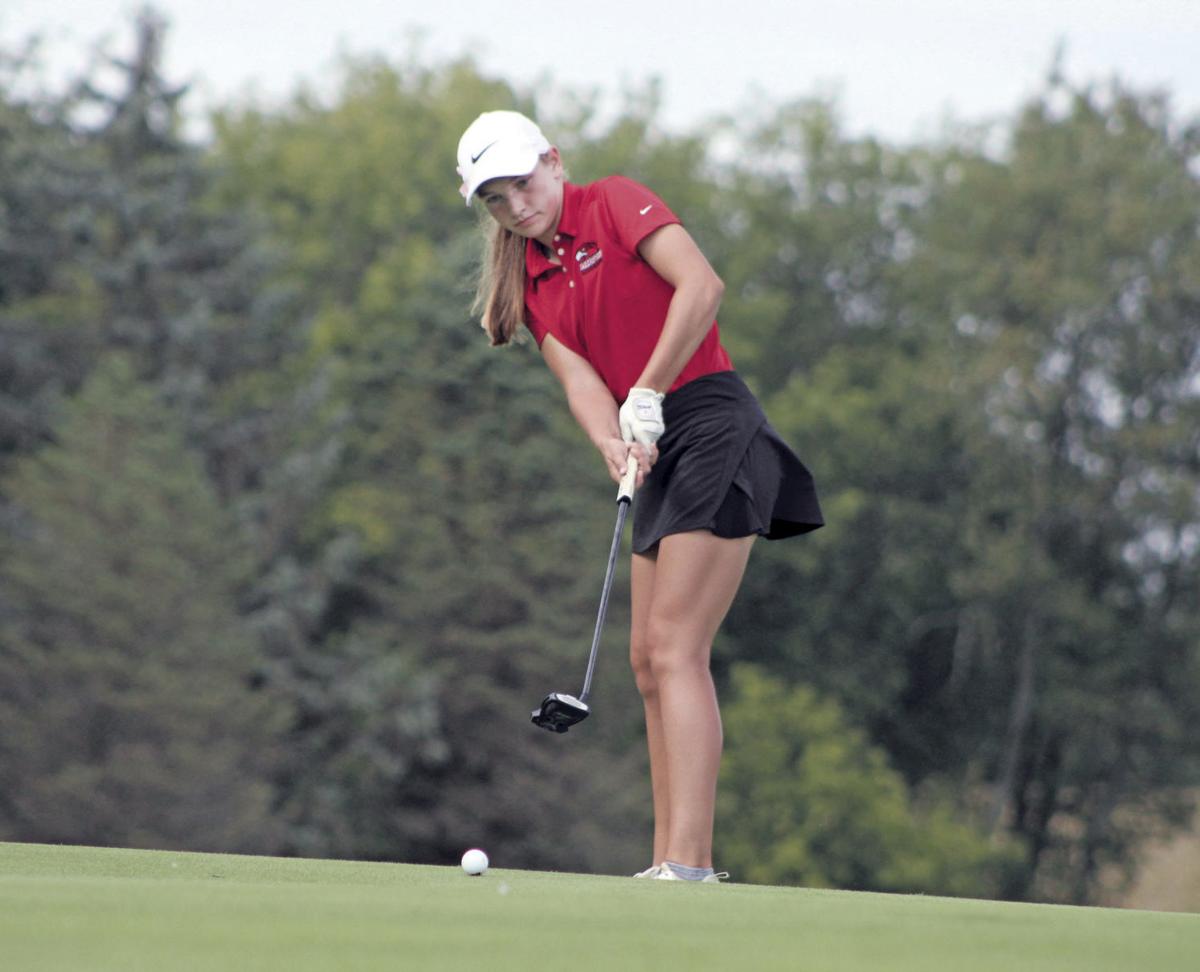 Freshman Hannah Dunk was a first-team Badger South golfer for Milton, and also a state-qualifying gymnast.

Sophomore Keegan Knutson — a University of South Carolina baseball commit — is one of several standout underclassmen at Milton High School.

Freshman Hannah Dunk was a first-team Badger South golfer for Milton, and also a state-qualifying gymnast.

Of those 12, nine were either freshmen or sophomores.

That’s been the trend at Milton. Often some of the Red Hawks’ best players — are also some of their youngest.

That trend was maybe best exemplified this winter sports season.

In gymnastics, the Red Hawks advanced to the state meet for the first team in nine years. Three of Milton/Edgerton’s four all-around contributors were freshman Hannah Dunk and sophomores Ireland Olstad and Brooke Girard.

Freshman Tyra Ripley and sophomore Morgan Cheatle also competed at the state meet, while Dunk and Olstad were the only two Milton gymnasts to qualify for the individual portion of the state meet.

Sophomore Jack Campion became one of the area’s best players for the Milton boys basketball team this season. He was selected as a Division 2 all-state honorable mention by the WBCA and was an unanimous first-team Badger South Conference selection.

“He’s (Campion) the catalyst of our program,” said boys basketball coach Alex Olson after a conference game this season. “He’s earned that right. I think the thing that is so unique about him is that he believes in his teammates more than anyone else.”

It wasn’t just a trend seen in winter sports.

In the fall, freshman Bailey Ratzburg won her first 28 individual races of the season for the girls swim team. She earned a podium finish at the state meet in the 200 individual medley.

“I remember looking up at the clock and thinking, oh my gosh,” said girls swimming coach Lindsey Hassenfelt on Ratzburg’s first high school meet. “I looked immediately at the record board to see what the records were. The first thing I thought in my head was she was going to break those varsity records.”

Sophomore Jordan Karlen was a key cog for the Milton volleyball team and was selected as a Badger South first-team member as a setter. Fellow sophomore Mara Talabac was a first-team conference member for the girls cross country team.

Both were the only members of their respective teams to make the conference’s first team.

Dunk wasn’t only a first-year standout on the mats, but also was one of the area’s best golfers in the fall.

She earned a spot on the Badger South’s first team, placed second at the conference tournament and finished with the Red Hawks’ best score in every meet except for one.

“The future’s so bright for her, as anybody could tell,” said girls golf coach Brady Farnsworth after the season. “Everyone looks at her like wow, she’s a freshman.”

Although Milton may not be able to show off its youth this spring season, the underclassmen presence is certainly still there.

Last season as a freshman, Keegan Knutson was a first-team conference selection for the baseball team. He committed to the University of South Carolina in the summer.

“From the time I first met him (Knutson) I knew playing at a larger school down South was a goal of his,” said baseball coach Kris Agnew after Knutson’s commitment. “After coaching him for a year and being around him, I just saw the general attitude, commitment and skill set that he has for baseball.”

In track and field, Talabac narrowly missed the state meet as a freshman. Current sophomore Grace Schnell earned an honorable-mention nod in conference for softball as first-year player last spring as well.

No one knows right now if this year’s spring season will rob us of anymore great freshman/sophomore performances. But what is for sure, is when sports resume in Milton, the Red Hawks will be in good hands for years to come.