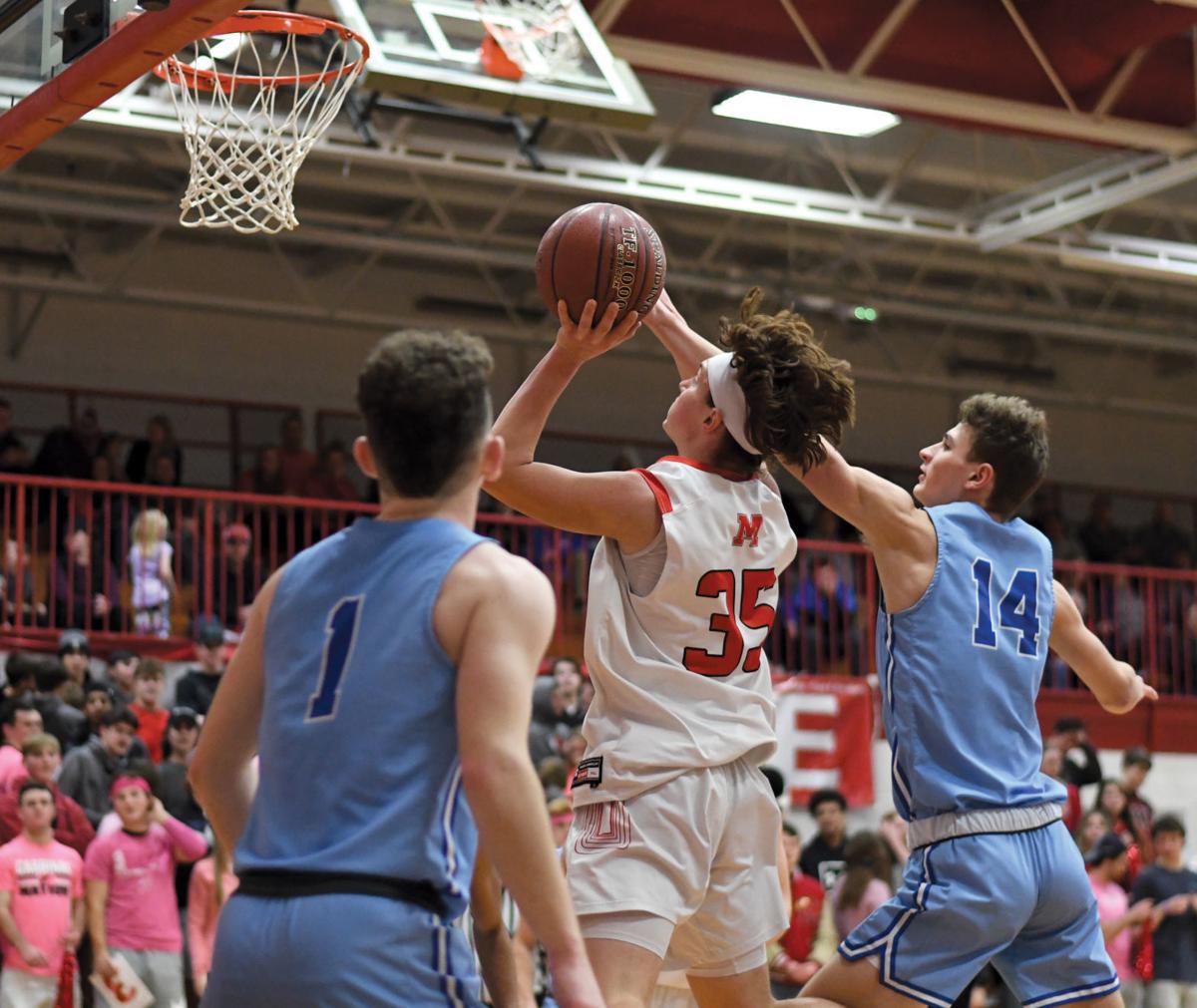 Sophomore Zack Bothun goes up for a contested layup during the Red Hawks’ 63-55 defeat to Watertown Saturday, Jan. 4, in Milton.

Junior Sam Burdette gets ready to release a 3-pointer during the Red Hawks’ 63-55 defeat to Watertown Saturday, Jan. 4, in Milton. Burdette made four 3-pointers in the loss.

Sophomore Zack Bothun goes up for a contested layup during the Red Hawks’ 63-55 defeat to Watertown Saturday, Jan. 4, in Milton.

Junior Sam Burdette gets ready to release a 3-pointer during the Red Hawks’ 63-55 defeat to Watertown Saturday, Jan. 4, in Milton. Burdette made four 3-pointers in the loss.

The Milton boys basketball team scored 40-second half points, but it wasn’t enough to overcome an offensive dry spell in the first half as Milton was defeated by Watertown, 63-55, in a Badger South Conference game Saturday, Jan. 4, in Milton.

The Red Hawks generated just 15 points in the first half, but more than doubled their production in the second half with 40 points. But, it was to much too overcome as the Goslings built a 26-15 lead at the break.

“We had a game plan defensively and we flat out didn’t come close to executing it all,” Milton head coach Alex Olson said. “They had a couple guys that did specific things really well and they do a few things particularly well on offense.

“We couldn’t figure them out definesvely and I think it rubbed off on our offensive energy.”

Sophomore Jack Campion was held to two points in the first half, but scored 16 in the second half to finish with a game-high 18.

Junior Sam Burdette finished with 16 points, including four shots from beyond the arc.

Watertown senior Deon Nailing ended the game with a team-high 16 points to lead the Goslings.

“We just didn’t have the level of urgency to get stops,” Olson said. “This is a group that has defended well all year. Through the first four games we were the best defensive team in our league. We didn’t show that Saturday at all.”

Sophomore Zach Bothun scored five points in the defeat for the Red Hawks.

“Zach had some really good moments offensively and defensively for us,” Olson said. “We are excited to continue to see him and Tommy (Widner) to get more confident in varsity games.”

The loss moves Milton to 4-5 overall and 2-3 in the Badger South Conference. The defeat also snaps a three-game win streak for the Red Hawks, which was the longest winning streak the program has had since the 2012-2013 season.

“I think this group has higher expectations than just a three-game win streak,” Olson said. “Not that we’re not excited about it, we’re excited to have some more people in town pay attention to us and continue to make The Pit the place to be on a Friday night, but we hope its not even close to the highlight of our season.”