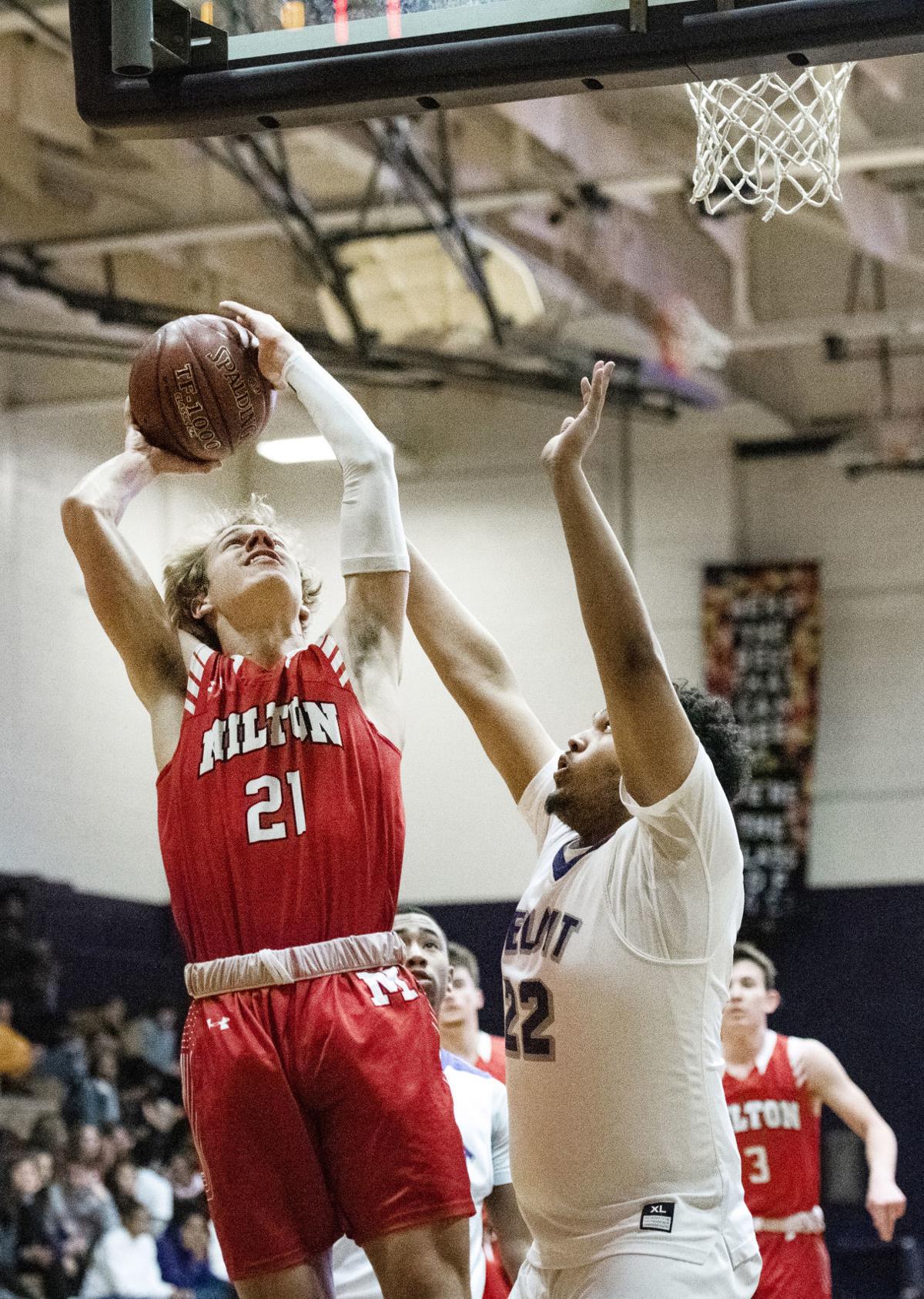 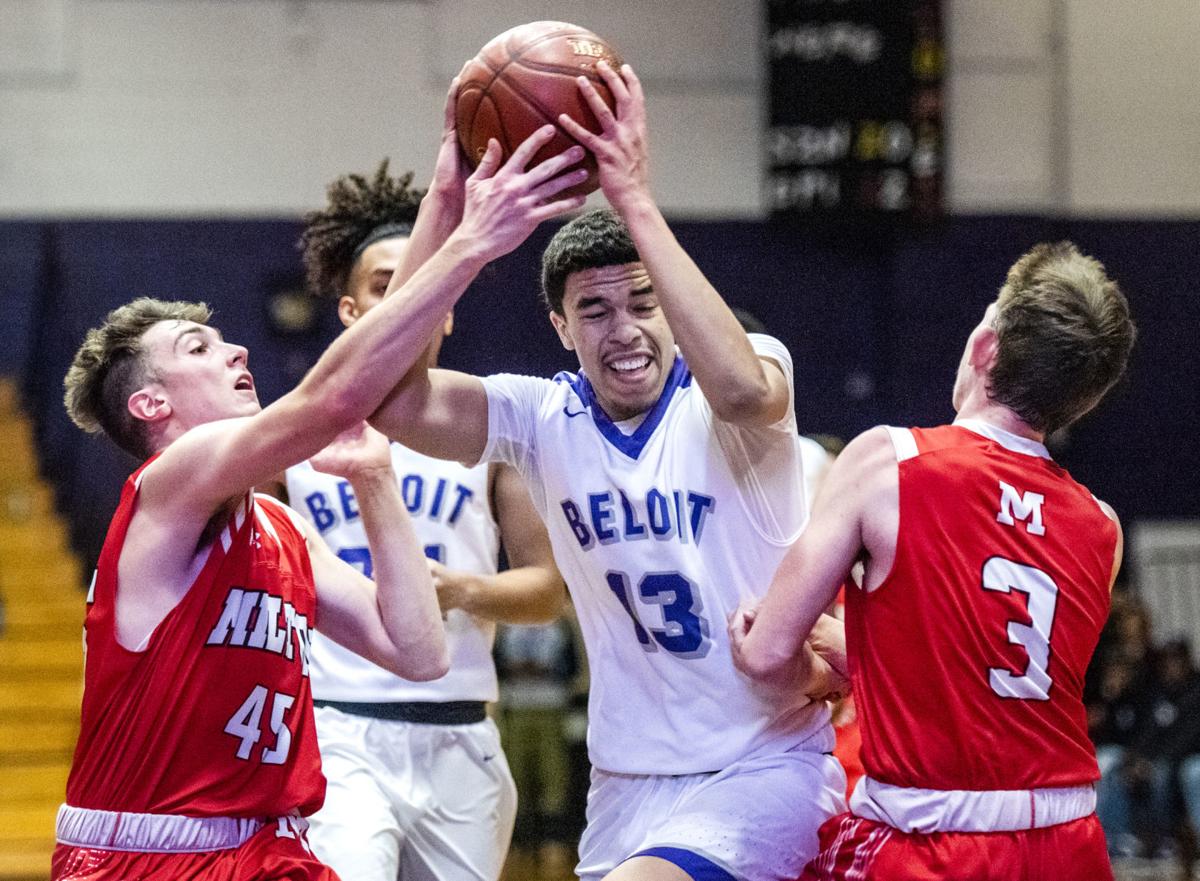 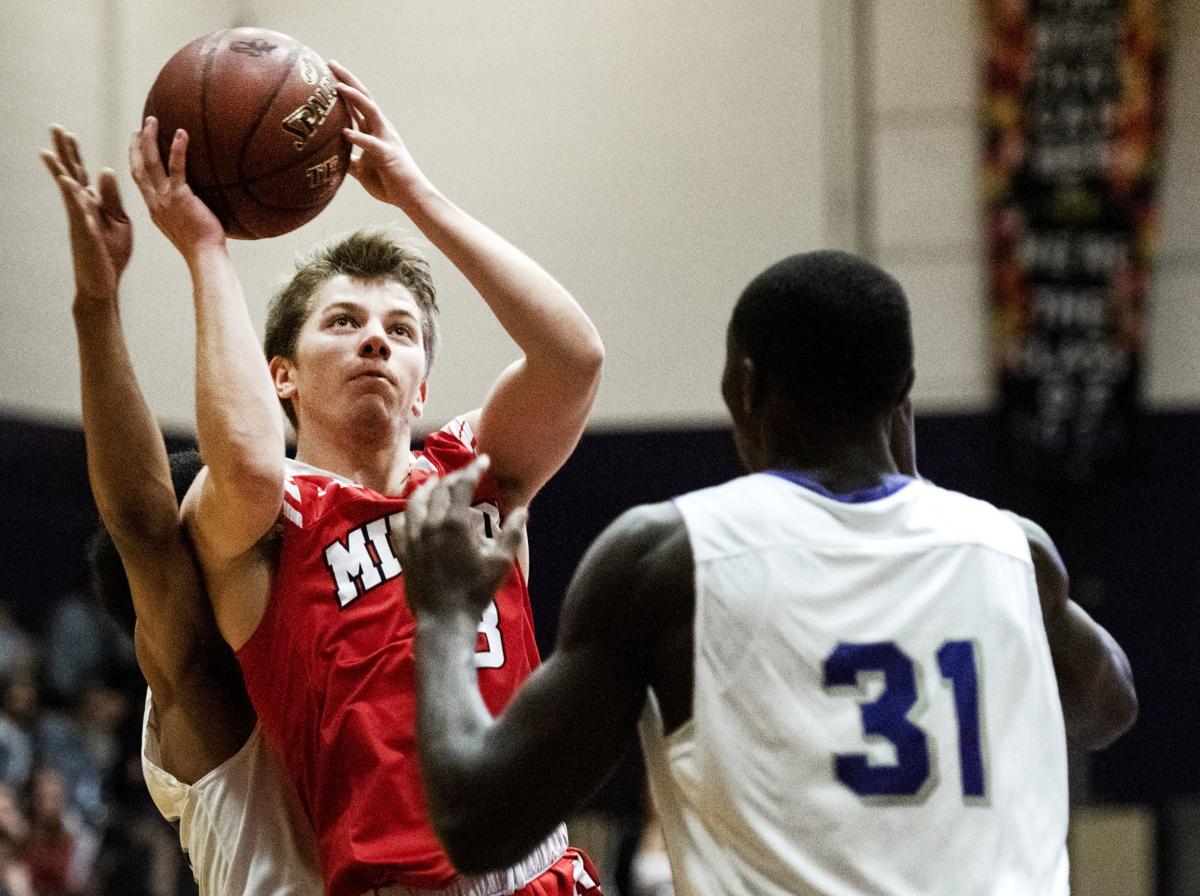 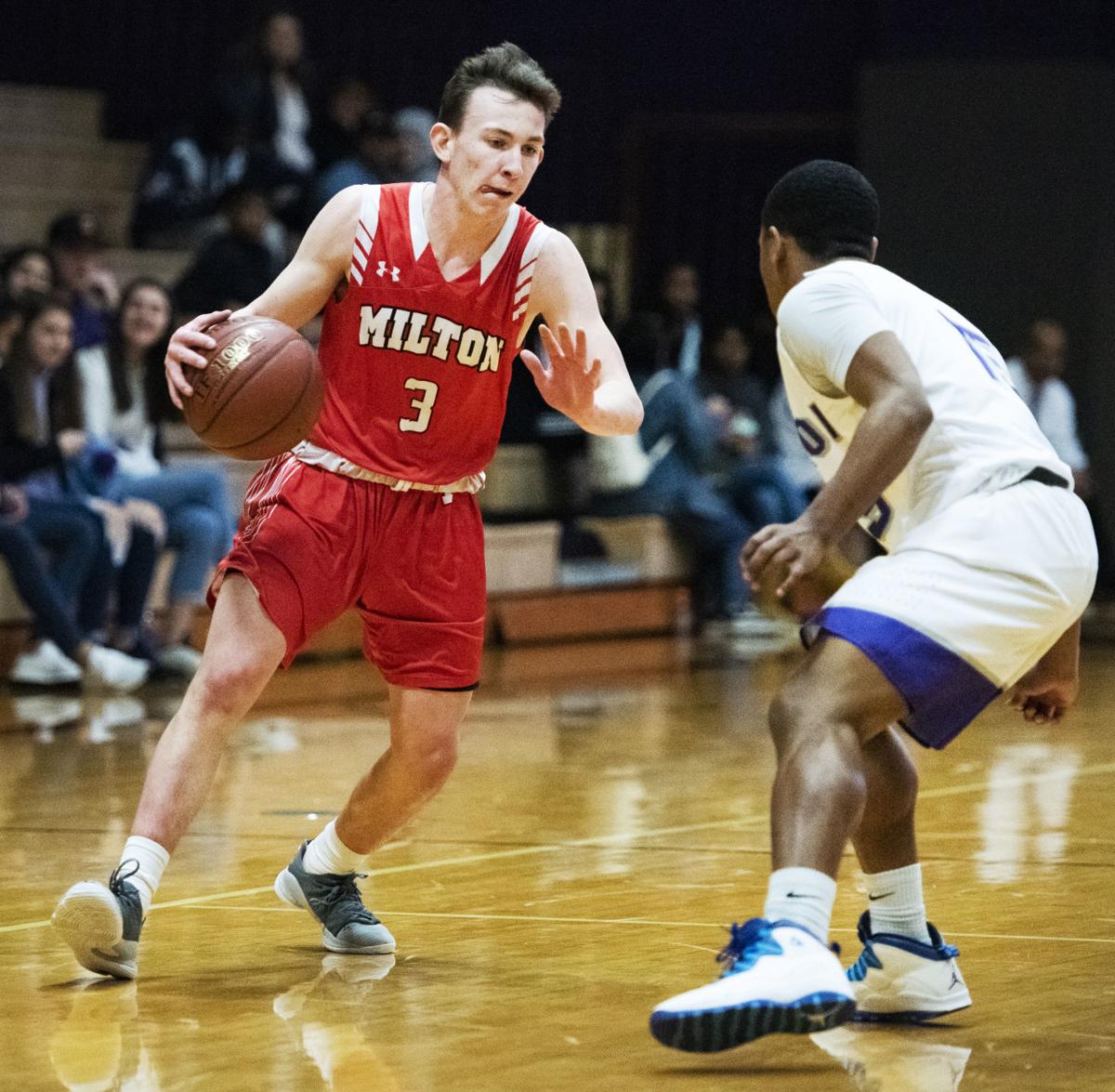 A New Year’s Resolution for the Milton basketball team might look something like this: Play exactly as you did Monday afternoon at Barkin Arena.

The Red Hawks carved up Beloit Memorial in a rare weekday matinée, defeating the Purple Knights 60-47, Monday, Dec. 30, to improve to 4-4 on the season. It was the third straight win for the Red Hawks, who shook off a slow start to completely control the contest.

“I thought we came out and executed our game plan very well for 95 percent of the game,” Olson said. “We wanted to force them to shoot jump shots and keep them off the glass. They have some extremely athletic guys, and if those guys get on the boards and give them second chances, we would have had some problems.”

Olson’s prized pupil Monday was sophomore point guard Jack Campion, who sliced and diced his way to 16 points and a number of terrific assists. Junior Samuel Burdette hit three first-half three-pointers on the way to a game-high 20 points.

While Olson was pleased with Campion’s offensive output, he said his defensive work was just as impressive.

“Everyone likes to talk about his offense, and he’s really good with the ball, but if you watch us on film, you’ll see that his defense is really what makes us go,” Olson said. “Offensively, we’re still a work in progress as everyone tries to figure out their role, but I thought Sam Burdette was outstanding tonight.”

After Beloit scored the game’s first five points, the Red Hawks went on a tear and never let the Knights back into the game. Campion had 13 points in the first half, and Milton’s 35-16 edge at the break was simply too much for the Knights to overcome.

Beloit Memorial was led by Azeez Ganiyu, who scored 13 of his 16 points in the second half.

“There were times during break when we’d only have six or seven guys show up for practice,” Bell said. “I understand that kids get sick, or they have vacation time, but this is varsity basketball. I guarantee that all over Wisconsin teams were practicing and had everyone else there. When you sign up to play in November, it takes a commitment, and we have to understand that.”

Ganiyu said the team works at its best when it works the ball inside and out.

“Coach told us to really focus in on getting the ball inside,” Ganiyu said. “They didn’t have anyone that was as tall as me, and they doubled a lot of times and I was able to get the ball to our shooters. That really helped us in the second half.”