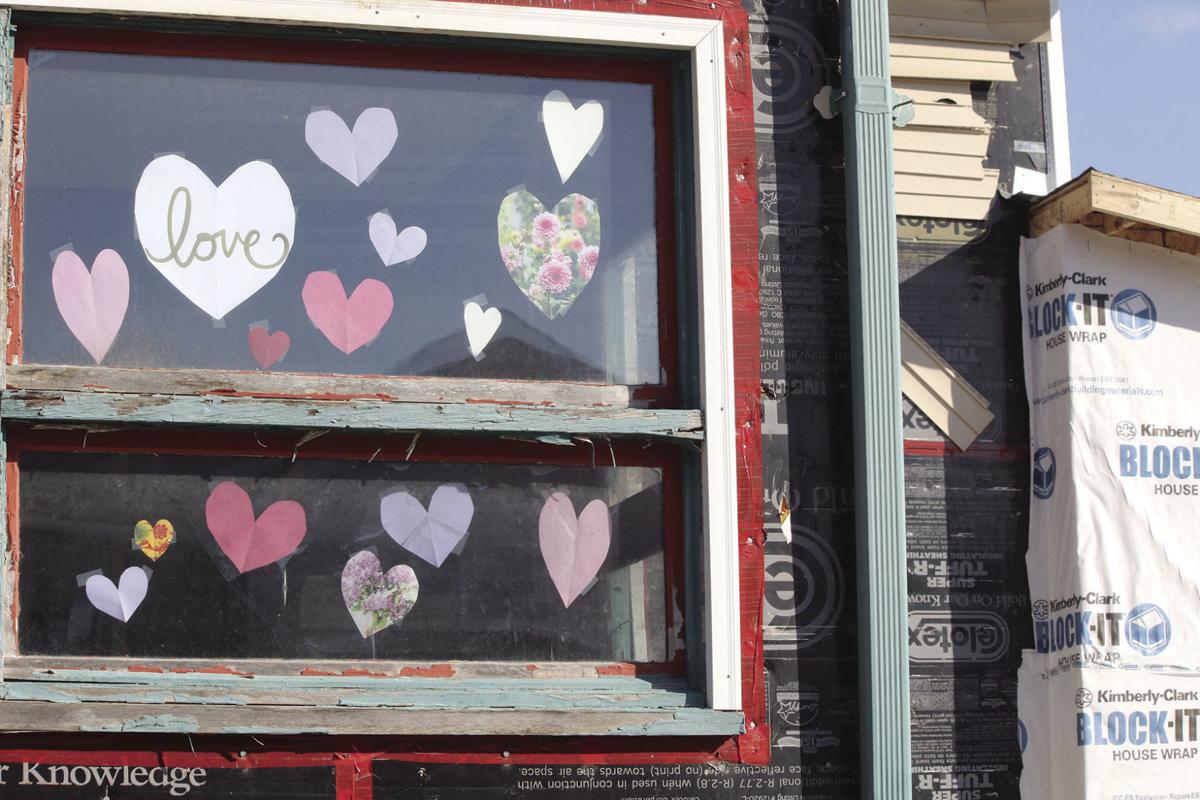 Mitchell House Coffee, under construction at 130 Front St., displays hearts in a window for people participating in the Happy Heart Hunt to see. 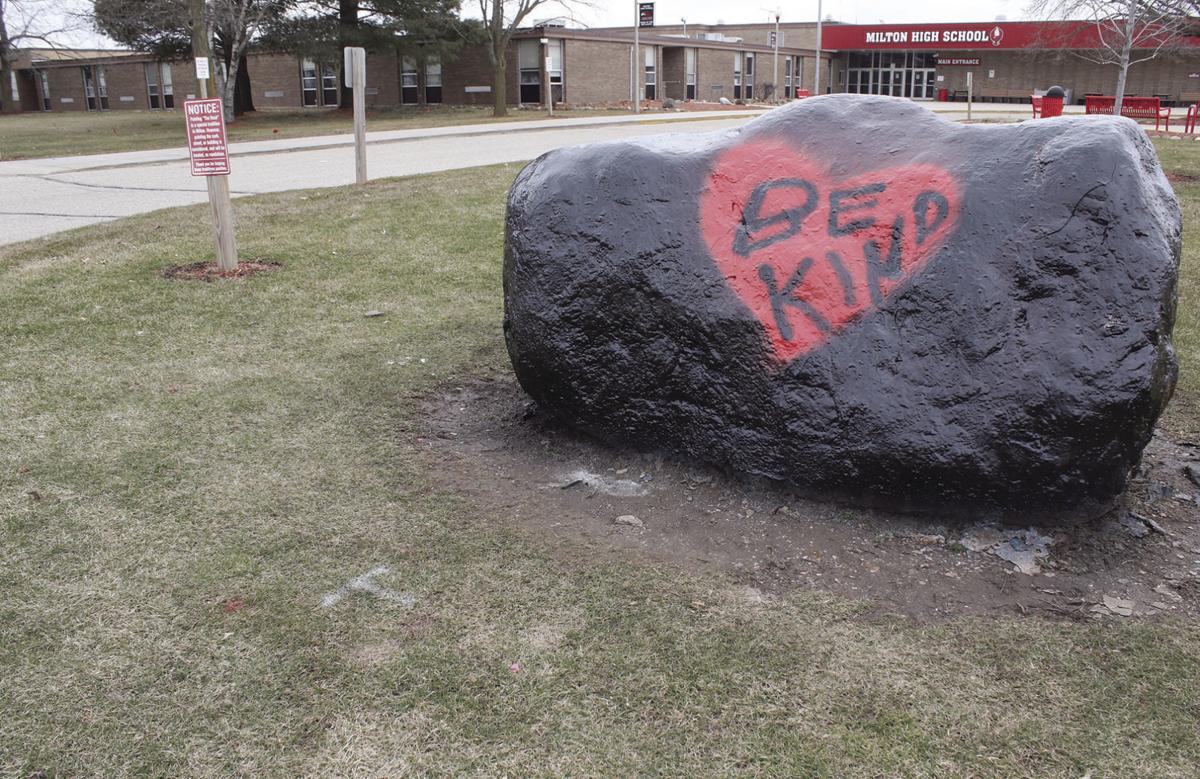 Allison Slatter, a junior at Milton High School, was inspired by the Happy Heart Hunt and the importance of spreading kindness during these uncertain times. She and a friend painted the rock on Saturday. 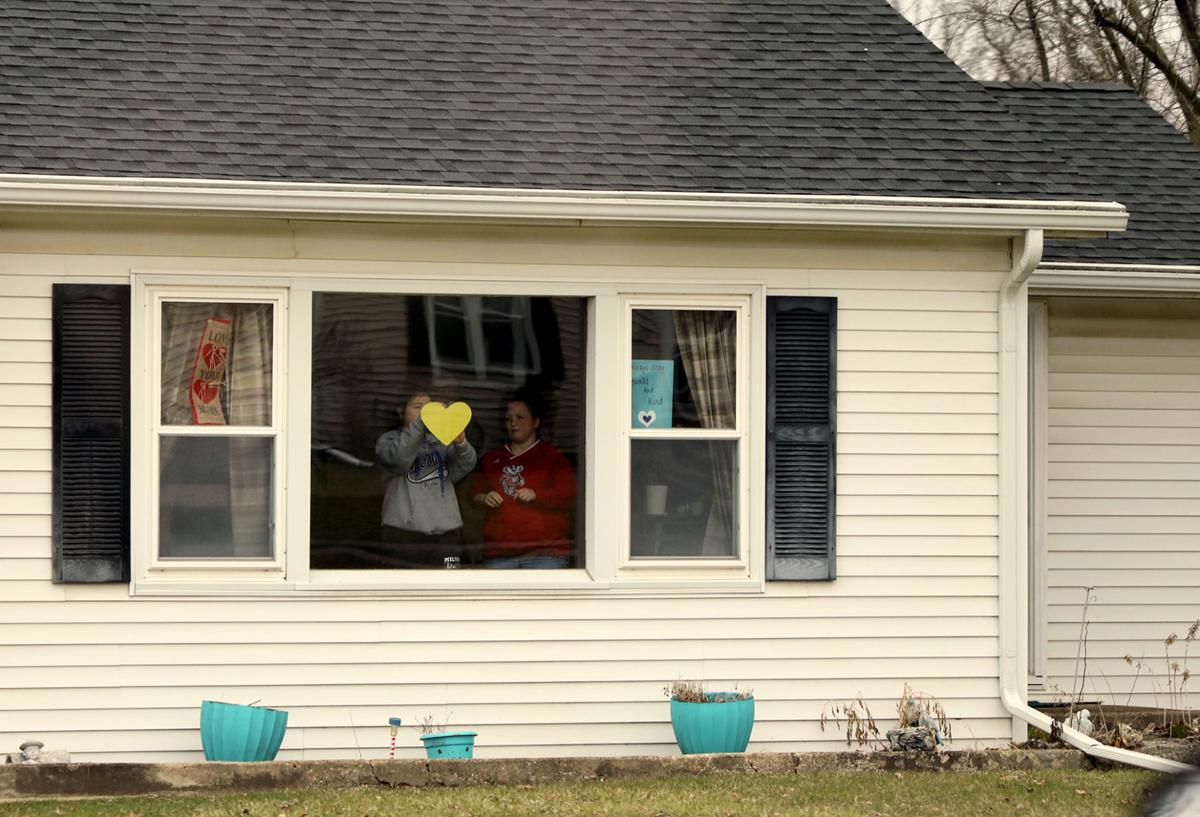 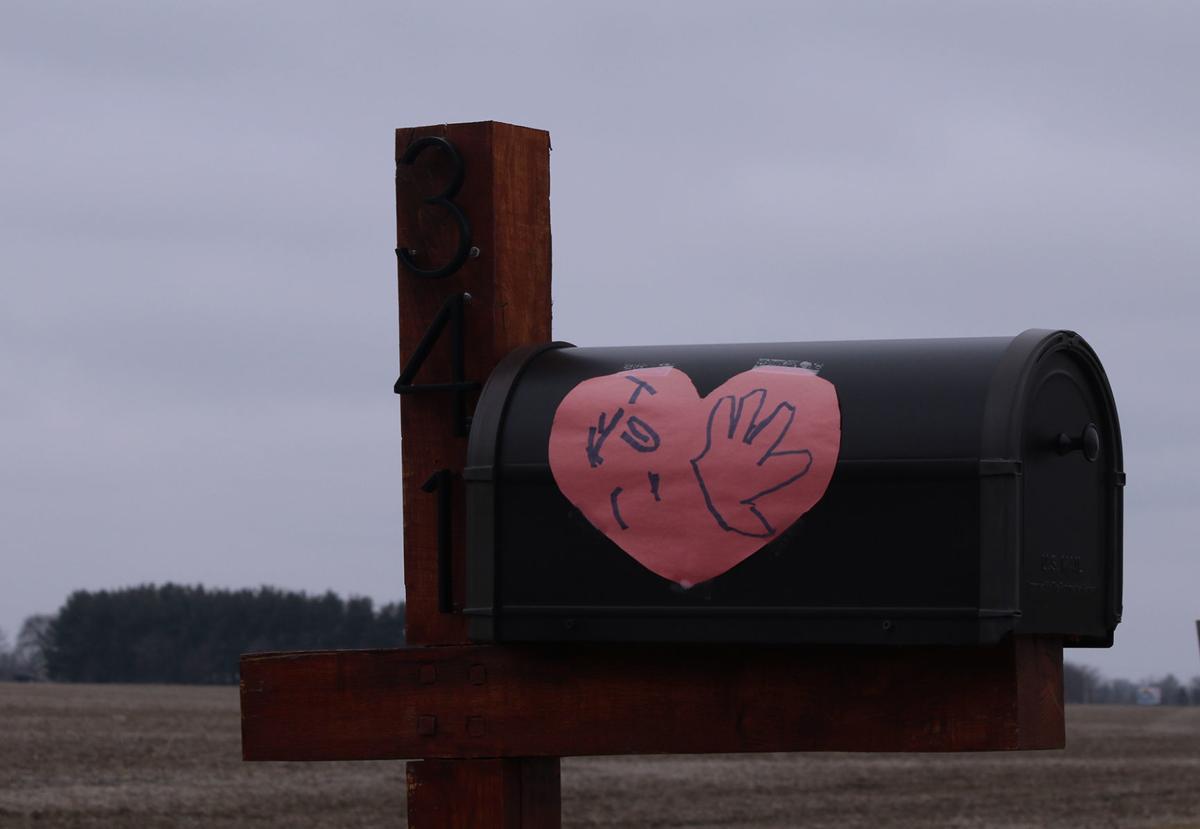 A heart appears on a mailbox on Clear Lake Avenue.

Mitchell House Coffee, under construction at 130 Front St., displays hearts in a window for people participating in the Happy Heart Hunt to see.

Allison Slatter, a junior at Milton High School, was inspired by the Happy Heart Hunt and the importance of spreading kindness during these uncertain times. She and a friend painted the rock on Saturday.

A heart appears on a mailbox on Clear Lake Avenue.

Paper hearts of all sizes and colors have been appearing in windows and doors and on mailboxes. People are encouraged to “hunt” for hearts when they go on walks. When they can’t go out, they can see the hearts and connect through a Facebook group.

A week ago teachers at Milton East Elementary School were working on their plans for virtual learning and thinking about things kids could do to keep busy. It was St. Patrick’s Day and they talked about how they enjoyed seeing pictures of shamrocks being shared online. First-grade teacher Leslie Brissette saw an online post and credits kidsforpeaceglobal.org and Janesville resident Heather Henthorn for coming up with the Happy Heart Hunt idea. Brissette liked the idea of displaying hearts in windows but thought it would be nice if people had a place to post pictures.

On March 18 she created a public Facebook group with the name Happy Heart Hunt to spread happiness, love and kindness during these unprecedented times.

According to Brissette, there’s only one rule: be kind.

“It’s looking for something to make you feel positive,” she said. “I think that’s the big message.”

Brissette has driven around Milton’s City of 5,500 and seen quite a few hearts in the windows of homes and businesses, even the library.

Beyond Milton, she said, “It’s spreading faster than I ever imagined. I didn’t think it would go beyond our area.”

Today, the group has 24,330 members including some from the UK, Russia and across the US.

“It seems that people just need something happy during this time and are really enjoying this idea of spreading happiness through hearts,” she said.

One of the original thoughts was to have not just hearts but different shapes, maybe dinosaurs or Easter eggs. But with so many people just hearing about the Happy Heart Hunt, she said it would be confusing to change.

On Sunday Brissette posted the message: “(The symbol) will be hearts forever and if you want to add other things, go for it.”

Posts in the Facebook group show rainbows of hearts and hearts with messages.

Brissette said, “Now people are taking it to the next level and taking pictures that they find of hearts in nature and everywhere they find them. I’ve seen a lot of hearts on pets – their nose is a heart or their fur.”

Christmas lights are going back up and people are putting up lights on their windows to frame their hearts.

“People are so creative,” she said.

Milton High School junior Allison Slatter and a friend, after making hearts to hang in their window, on Saturday painted the rock outside MHS.

Allison wrote in a Facebook message: “So many people drive by the Milton High School rock on a daily basis, that painting a positive message could only do good by focusing on kindness instead of dwelling on the negativity and the unknown.”

A heart is a universal message of love and today, Brissette said, “I feel like it’s become a message of happiness and ‘we’re all in this together.’”