Seanna Curran tries for a shot in the paint in the Monona Grove High School girls basketball team's season opening game at Baraboo. 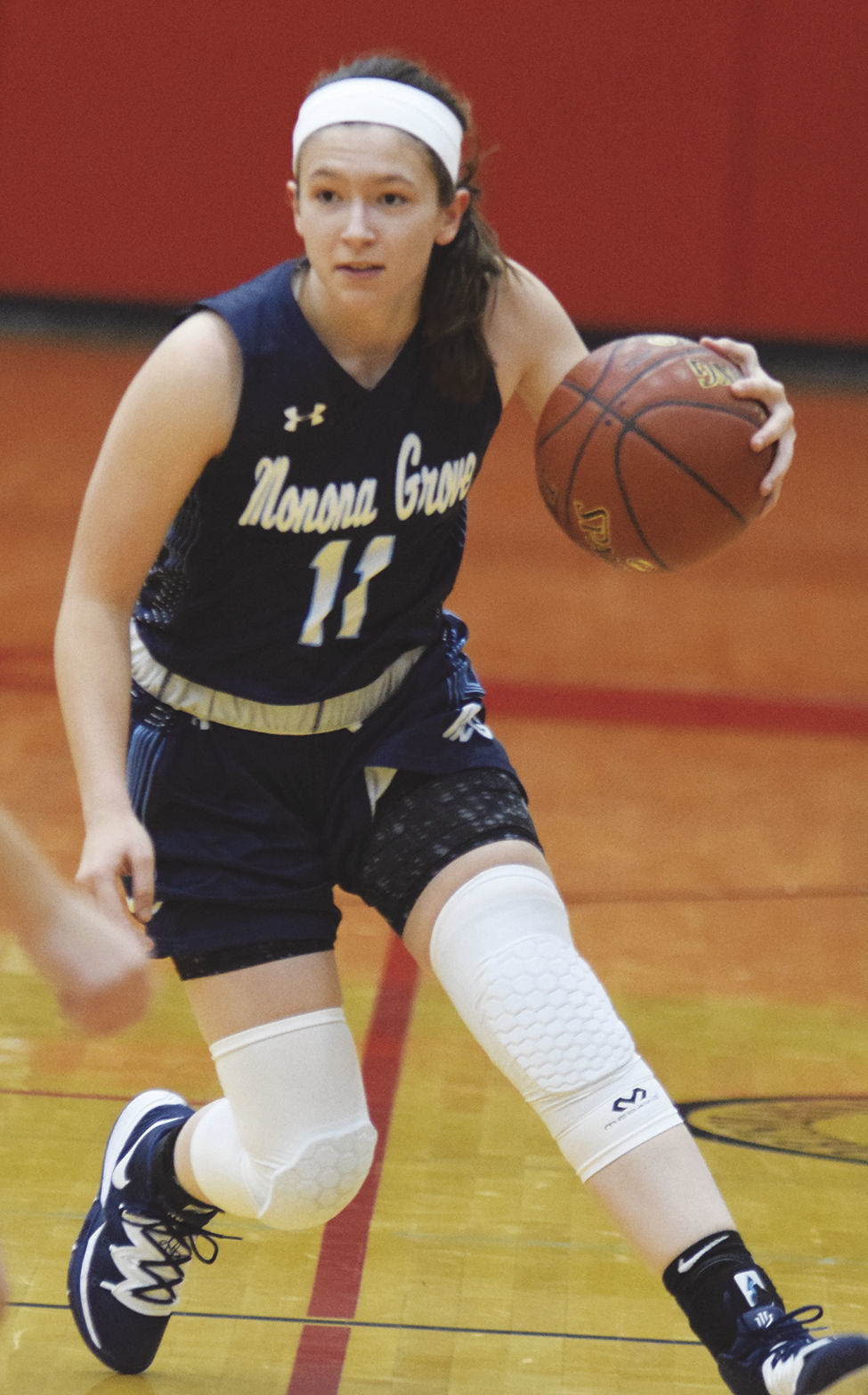 Point guard Jenny Gorton has been a key leader on the Monona Grove girls basketball attack this season. She scored 12 points as the Silver Eagles won a Badger Con- ference crossover game at Baraboo, 63-28.

Seanna Curran tries for a shot in the paint in the Monona Grove High School girls basketball team's season opening game at Baraboo.

Point guard Jenny Gorton has been a key leader on the Monona Grove girls basketball attack this season. She scored 12 points as the Silver Eagles won a Badger Con- ference crossover game at Baraboo, 63-28.

Halle Olson may be the shortest player on the Monona Grove High School girls basketball team at 5-foot-1, but when called upon in the Nov. 26 non-conference game at Baraboo, she came up big time for the Silver Eagles, which blasted the Thunderbirds 63-28.

Olson came off the bench to hit three shots from the 3-point line for nine points. A number of other non-starters also got some playing time in the rout, including Gwen BonDurant who scored seven points, pulled down five rebounds and contributed three assists in her varsity debut.

Monona Grove led 31-8 at the half by turning its full-court defense into a major obstacle for Baraboo.

“We were able to turn them over quite a bit, and when we didn’t get turnovers, we sped them up and forced rushed and/or contested shots,” head coach Tyler Kuehl said. “We also varied some things up with our defense in the first half, which also contributed to us forcing 17 first-half turnovers.”

The Silver Eagles kept the onslaught going in the second half by outscoring the Thunderbirds 32-20.

Monona Grove hit 13 3-point shots, six by freshman Taylor Moreau, who led all scorers with 18 points, while senior Jenny Gorton had 12. The Silver Eagles had 10 field goals from two-point range, but Kuehl wasn’t too concerned about the team depending on shots from the perimeter instead of ones closer to the basket.

“Last year, we actually attempted more threes than twos on the season,” Kuehl said. “That being said, not all threes are created equal. Last night, we didn’t do a great job of getting the shots we wanted early. We settled a little too often. We did much better in the second half, though, which resulted in a much higher shooting percentage overall.”

Seanna Curran scored seven points for MG and turned out to be the team’s unsung hero on offense.

“She played the middle of our zone offense and did a great job distributing the ball around when the zone collapsed on her,” Kuehl said.

Taylor Pfaff led Baraboo with eight points, and Carly Moon and Seneca Funmaker each had six.

The Crusaders are led by 6-foot-1 junior Baluck Deang, who averaged 13.2 points per game last season, including a 24-point performance against MG.