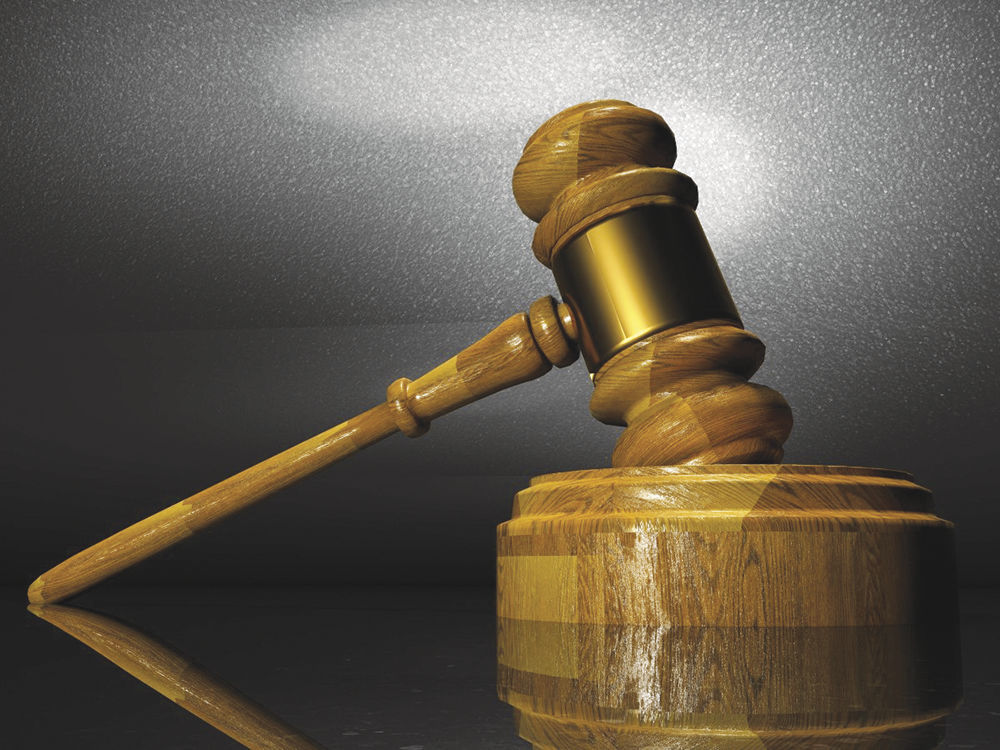 Cottage Grove Municipal Judge Mark Hepfinger is facing a challenge for a fifth term. Village Trustee Jon Russell is not seeking a new term on the board; rather, he is squaring off against Hepfinger for a four-year term.

What is your education background?

Hepfinger: I have bachelor’s degrees in psychology and political science (with honors) from UW-Milwaukee and a law degree from UW-Madison (1983).

Russell: I have a bachelor of science in public policy administration from UW-Whitewater and a master of art in leadership studies focused on public and nonprofit sectors from Marshall University.

What is your occupation?

Hepfinger: I have practiced law for 37 years and served as Cottage Grove’s municipal judge for the last 16 years.

Russell: Retired as a lieutenant colonel from the Army on July 1, 2016; president and co-founder, Patriot Efficiency LLC.

How do your education and occupation backgrounds qualify you for this position?

Hepfinger: I have trained in the law, practiced law for 37 years, and I have 16 years of actual judicial experience. I have handled many kinds of cases in practice and on the bench, which has given me the experience to apply to the law to each case. My legal training has been very valuable in my service as a judge.

Russell: Having been involved in local government as a citizen member on numerous village and school board committees dating back to 2003 and having served as a village trustee the past two years, I feel well prepared to represent the citizens of Cottage Grove. My college degrees are focused on public policy and governmental affairs, which prepared me well as an active duty member of the Army. Being fortunate enough to have retired four years ago and am now self-employed, I have the time, freedom and flexibility to perform the duties of municipal judge.

What experience do you have handling legal disputes?

Hepfinger: 37 years legal practice experience and 16 years judicial experience. I have also served as mediator or arbitrator in a number of cases over the years.

Russell: I successfully conducted numerous investigations while on active duty under the uniform code of military justice. I spoke with law enforcement, municipal lawyers and municipal judges in preparing for this assignment and understand the penalties assessed, if a defendant is found guilty, are all outlined in the state’s fines and forfeiture schedule.

What do you perceive as the role of municipal judge?

Hepfinger: A municipal judge serves as an impartial decision-maker, neutral between the police and municipality on one side and the defendant on the other. A municipal judge is akin to an umpire in baseball, neutral between the competing parties. Most importantly, the judge must know the law so he or she can apply to the facts of each case. The judge must be knowledgeable about the relevant ordinances, rules of evidence, burdens of proof, as well as statutory law applicable to municipal court practice and procedure.

Russell: Having spoken with current serving municipal judges, I perceive the role as that similar to a referee. You review and hear the case along with plea agreement, understand the sentencing guidelines and serve to protect the rights of the citizens as well as the rights and responsibilities of the local government.

Should a judge recuse himself when friends and family appear in front of him? Or is this unrealistic in a small community like Cottage Grove?

Hepfinger: It depends on the closeness of the relationship and any other peculiarities of the situation which might affect the judge’s impartiality or might appear improper. A judge could never hear a case involving a close relative, but the mere fact the judge knows a party or witness would not, by itself, require recusal. That would depend on the totality of the situation. It is important that the judge know the law of recusal. The most important consideration is applying that law to the situation and preserving the integrity of the judicial process.

Russell: I feel if there is a direct or perceived conflict that would impair or hinder judgment in a case, the judge does have a responsibility to recuse him or herself from the case. However, I would find it quite difficult and unrealistic to recuse him or herself for every friend or acquaintance in the size of our community, especially since I’ve lived here for almost 22 years and have met numerous friends and neighbors.

What is the most significant challenge facing the Cottage Grove Municipal Court, and how would you meet that challenge?

Hepfinger: Cottage Grove’s municipal court has been run fairly, efficiently and smoothly for the last 16 years. Its peer court restorative justice program has also functioned smoothly since its inception. Cottage Grove’s most important need related to municipal court is that it maintain the excellent judicial administration it has enjoyed for the last 16 years, and that it not switch to a candidate who has no legal or judicial training or experience.

Russell: Recidivism of youth offenses. I will use youth peer court to provide youths with a second chance as appropriate and demand parental or guardian involvement. If problems persist, both the youth and parents will face the consequences as allowed by the state’s fines and forfeiture schedule.

Why are you running for this position?

Hepfinger: I believe I have done a perfectly fine job as municipal judge for 16 years now, which I have enjoyed, and so I would like to continue. I also live here, so I care about what happens to Cottage Grove. Cottage Grove does not need a new municipal judge, especially one with no prior legal or judicial training or experience.

Russell: I have lived a life of public service and would like to continue serving the citizens of Cottage Grove as their municipal judge. I believe I have the time, flexibility and freedom to do the job well as an owner of my own business and I ask for the opportunity to earn your vote on April 7.

I have practiced law in Wisconsin for 28 years. During that time I have had the opportunity to serve on the State of Wisconsin Judicial Commission which advises the legislature on prospective bills and the administration of the courts system which includes the municipal courts, and I presently serve as a Supplemental Court Commissioner in Dane County. I have also had the pleasure of representing Wisconsin's 26,000 lawyers as President of the State Bar of Wisconsin, a position which allowed me to work closely with the court systems to improve court efficiency. I cannot stress how important it is that a municipal judge be a trained lawyer. I have known Judge Hepfinger for my entire legal career. He has tried numerous jury and bench trials and has mediated and arbitrated cases. Judge Hepfinger is uniquely qualified to be the municipal judge in Cottage Grove and has done an excellent job in the position over the last 16 years. I support his reelection without reservation.