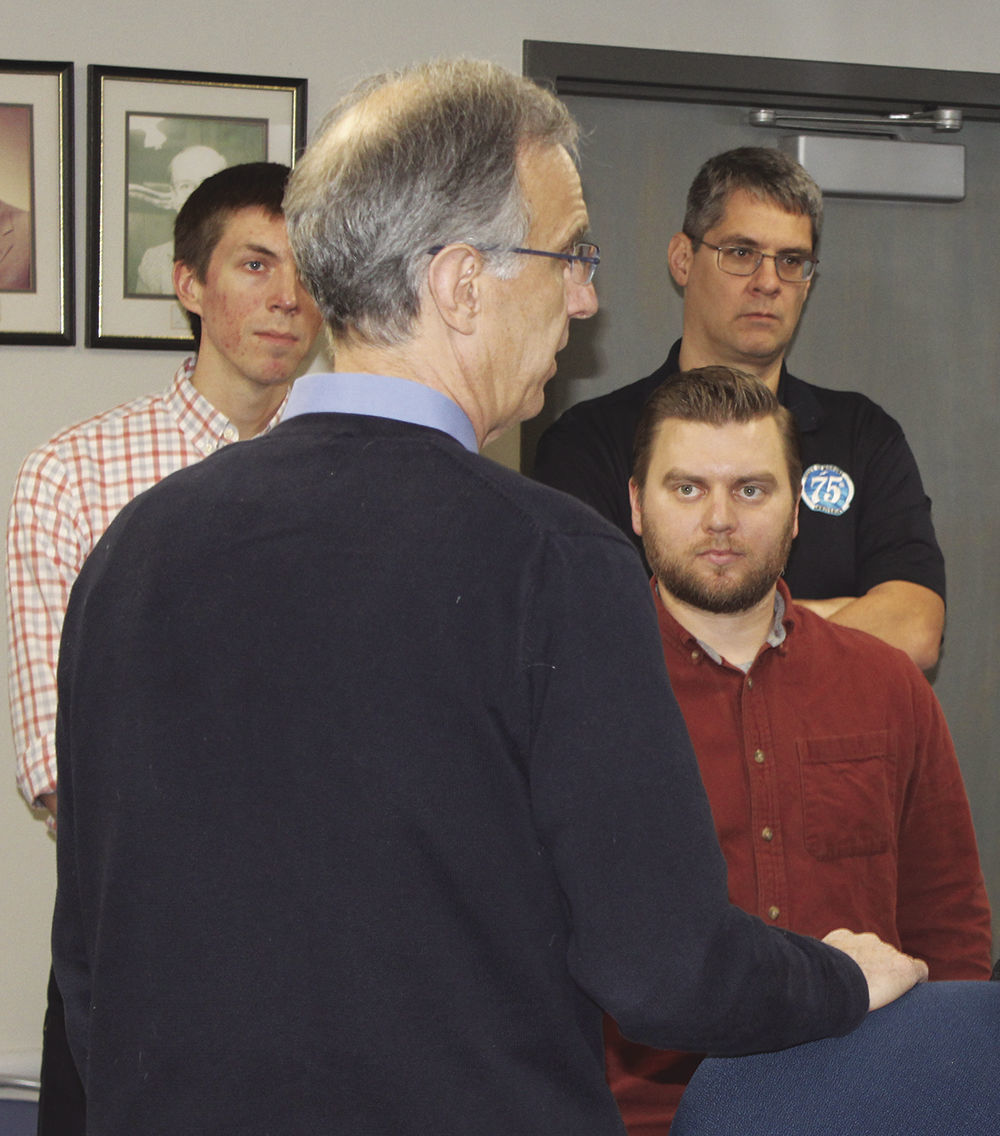 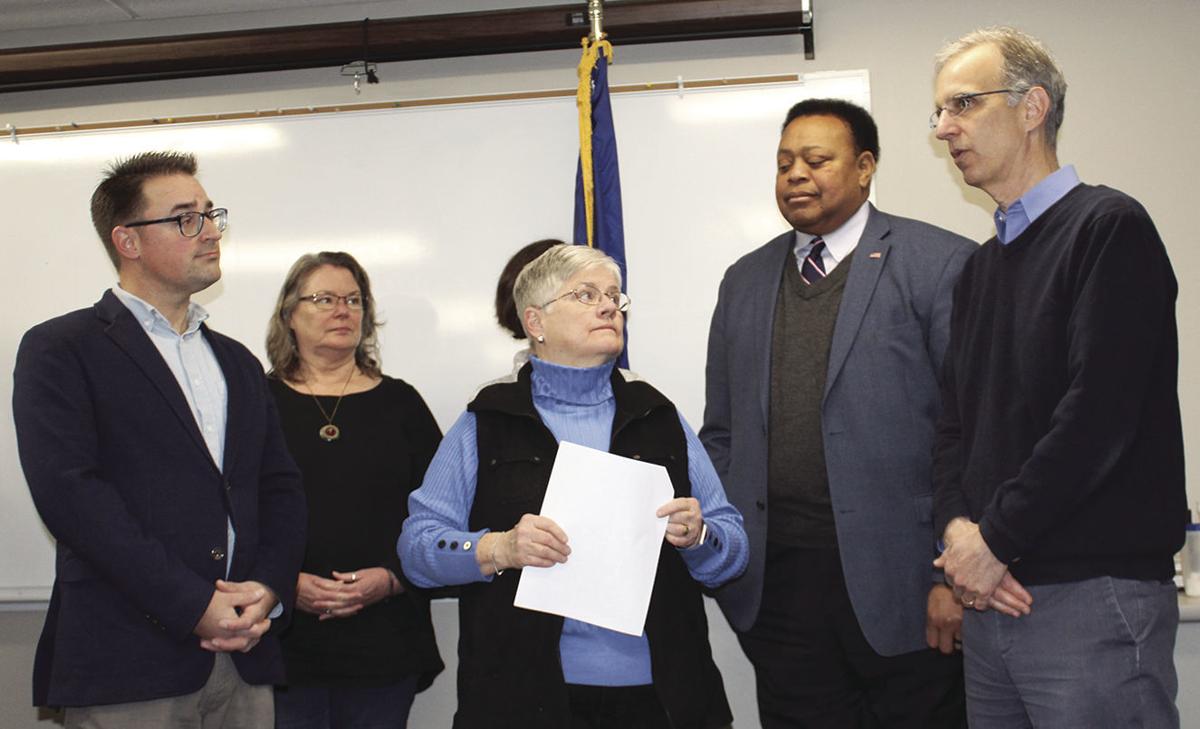 Dane County Executive Joe Parisi, far right, presented Monona city officials with more than $91,000 as a reimbursement from the Federal Emergency Management Agency to help cover some of the city’s costs from the 2018 flooding. With him are, from left, Bryan Gadow, city administrator; Joan Andrusz, city clerk; Mayor Mary O’Connor; and Charles Tubbs, emergency management director for Dane County.

Dane County Executive Joe Parisi, far right, presented Monona city officials with more than $91,000 as a reimbursement from the Federal Emergency Management Agency to help cover some of the city’s costs from the 2018 flooding. With him are, from left, Bryan Gadow, city administrator; Joan Andrusz, city clerk; Mayor Mary O’Connor; and Charles Tubbs, emergency management director for Dane County.

It was an early Christmas present for Monona city officials Friday, Dec. 13, when Dane County Executive Joe Parisi presented them with a $91,539 check to help pay for expenses related to the flooding of 2018.

Marc Houtakker, city finance director, said the city compiled about $105,000 in eligible reimbursement expenses from the late summer and early fall flooding. Those expenses included overtime for the public works and police departments, equipment, sand, sandbags and the disposal of the sandbags when lake waters receded.

Parisi was joined by Charles Tubbs, the county’s emergency management director, in presenting funds from the Federal Emergency Management Agency.

“It’s not just a lot of work during the flooding but also documenting everything and keeping track of it all,” Parisi said. “Hopefully, we don’t have to go through this again.”

Starting in August and not really letting up for a couple months, water levels on the Yahara Chain of Lakes reached 100-year highs, causing millions of dollars in damage to properties along the waterways.

In Monona, the city established two sandbagging locations at which volunteers filled bags for friends, neighbors and strangers in a massive effort to save homes from onslaught of water.

All told, it’s estimated there were 85,000 sandbags filled. And as Leah Kimmel, the city’s director of administrative services, noted, a significant amount of time and money was expended when it came to dispose of the sandbags.

“I’ve said it before, our staff was awesome,” Mayor Mary O’Connor said.

“They were. The way everyone came together, those phone calls and everyone along the chain knowing that they were all impacted, but being aware of not only their situation, but all situations. It was really impressive,” Parisi said.

Parisi said the county’s proposed dredging of a 50-foot swath of sediment that runs nearly 2 miles long and is 2-3 feet deep between Lakes Monona and Waubesa, which was planned for 2019, was postponed to 2020 when companies eligible to do the work could not fit it into their schedules this year.

He also said the county will purchase equipment and hire staff to do the work themselves and not be dependent on outside companies.

The project to dredge select portions of the Yahara Chain of Lakes will still take five years to complete. The dredging is meant to improve water flow, flood storage capacity, and fish and wildlife habitat in the lakes.

Parisi said he would instruct county officials to keep in contact with the city regarding the project.

“That would be great,” O’Connor said. “We need to keep the businesses and the community informed.”

Houtakker said the city will be eligible for another $40,000 in FEMA funds after it completes restoration work at city parks from damage due to the flooding.