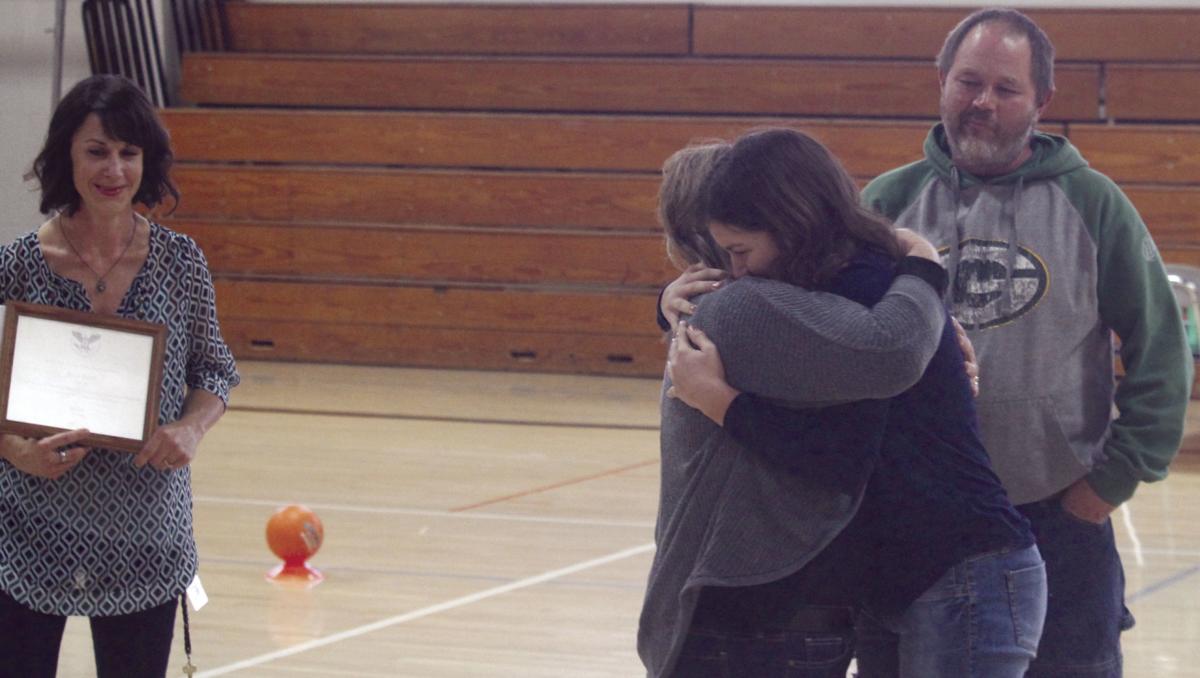 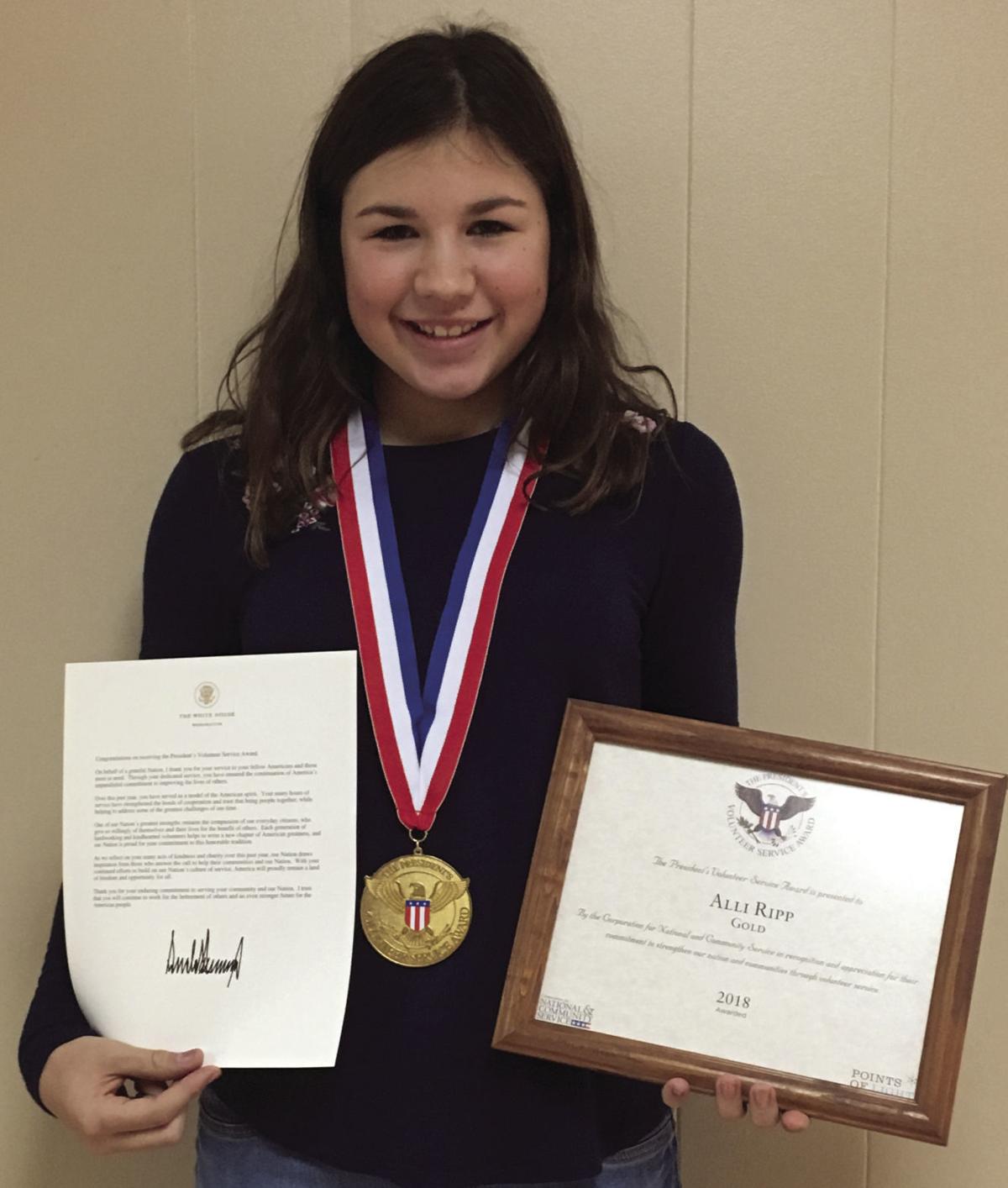 Alli Ripp was presented with a certificate, a letter signed by President Donald Trump, and the President’s Volunteer Service Award for her efforts of volunteering nearly 250 hours in a calendar year. The medal was heavy, “I feel like an Olympian,” Ripp said.

Alli Ripp was presented with a certificate, a letter signed by President Donald Trump, and the President’s Volunteer Service Award for her efforts of volunteering nearly 250 hours in a calendar year. The medal was heavy, “I feel like an Olympian,” Ripp said.

Poynette 8th-grader Alli Ripp received quite the surprise last Friday at the a school-wide assembly. Principal Jerry Pritzl opened the presentation by describing one particular student who had been a particularly special student, who had volunteered just shy of 250 hours over a calendar year. As soon as Pritzl finished the phrase “extraordinary volunteer” the entire student body’s murmurs turned to a roar and applause and attention was directed at Ripp, who looked understandably overwhelmed by the surprise.

Ripp made her way from the top of the bleachers to the opening in front of the bleachers, where she accepted a President’s Volunteer Service Award medal and letter signed by President Donald Trump.

Ripp then embraced her mother, Kari, father, Craig, and her grandparents, who were in on the surprise.

The figure— 248.5 hours from the first day of the 2017 school year to the last day of summer break this year—amounts to slightly more than an hour out of an entire year’s worth of weekdays.

Ripp tallied about 50 hours through the “No Name Volunteers,” a student group that meets weekly to perform kindnesses for others. Ripp accumulated the remaining hours volunteering as a teacher’s aide in summer school, did chores for a neighbor who broke her leg, helped conduct fundraisers for the Arlington Fire Department, and worked with a disabled community member with Downs Syndrome.

Alli’s response to the first question lobbed by the editor of the Poynette Press was quite gracious: “I’m just grateful how my Mom and Dad brought me up to help others,” she said.

Ripp said the presentation was a shocker.

“She’s got a big heart that’s made of gold,” said her grandmother, Bonnie Schwab. “She likes to have a lot of fun.”

Alli’s other grandmother, Eunie Ripp, said her granddaughter has always been the optimistic type, noting that they called her “Smiley” as a child.

“She’ll stop whatever she’s doing to help out or make a conversation with disabled children,” he said.

“We care for a disabled gentleman on the weekends, she’s always putting others first,” said Alli’s mother Kari.

But being the youngest of four, Alli is also plenty tough, added Craig.

“Alli is very kind and compassionate,” said Poynette School District counselor Gabrielle Morton. “She’s really impressive because she’s good with absolutely everybody. She has amazing social skills with adults and children, and has a good sense of humor.”

Alli wouldn’t even choose a favorite volunteering activity out of the 250 she tallied. “All of it was my favorite,” she said. Ripp said she never felt like quitting or giving up, because she set her mind on doing the work.