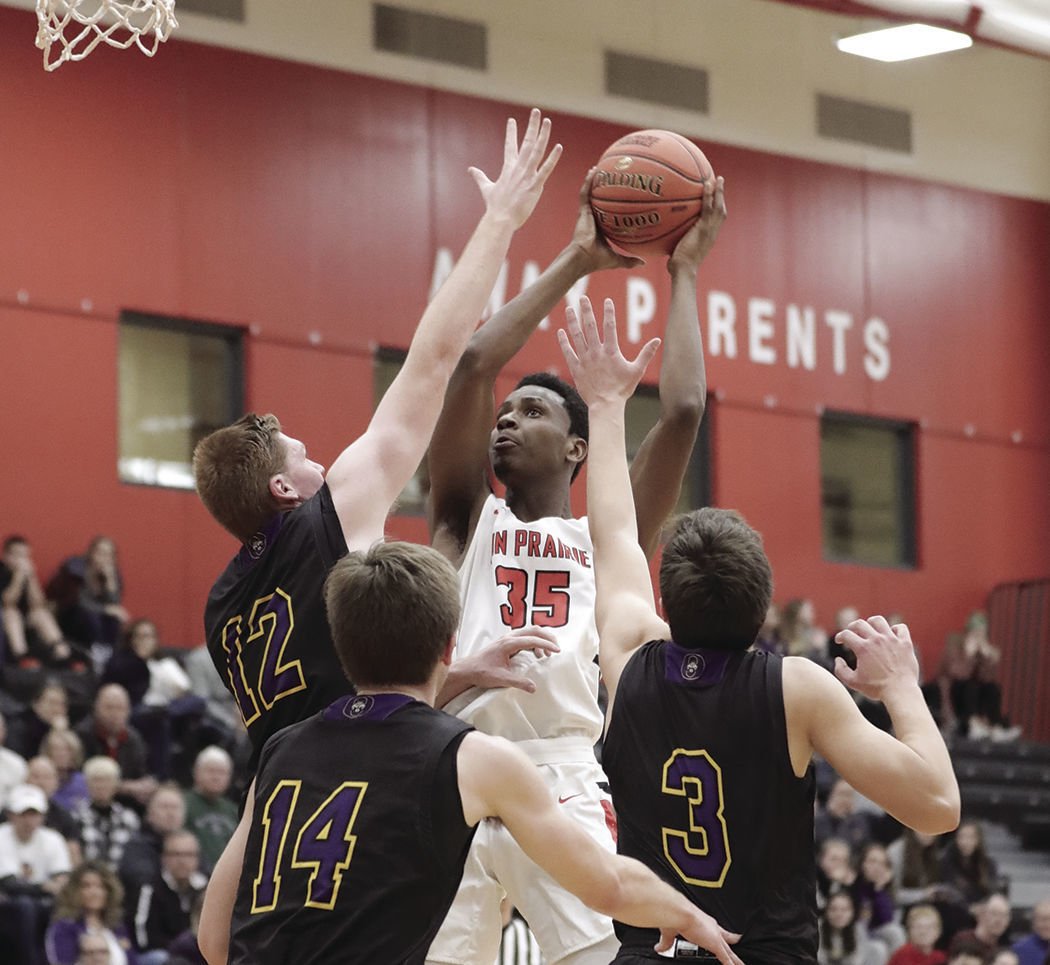 Despite being double and even triple-teamed Delaware Hale led Sun Prairie with 25 points in an 81-73 season-opening win over Oconomowoc Saturday. 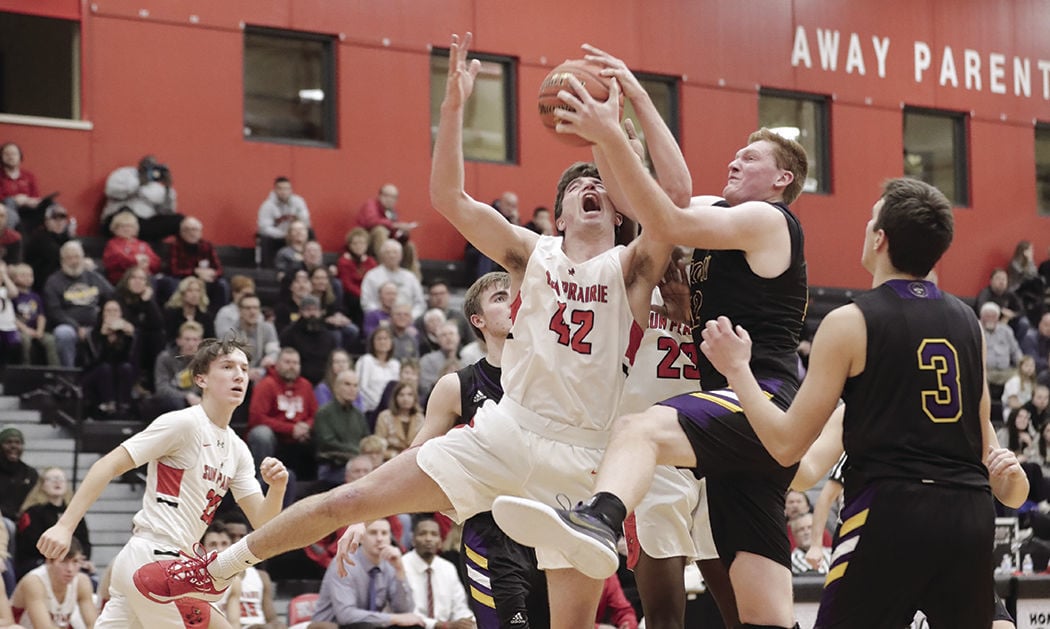 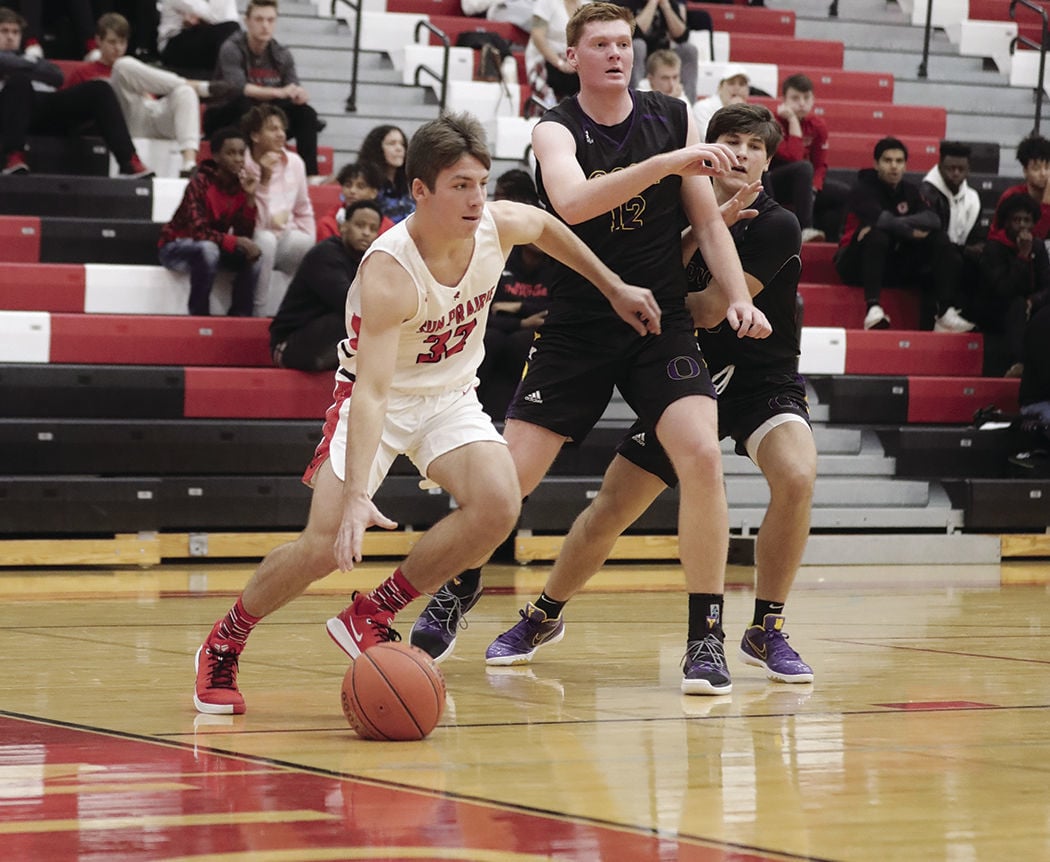 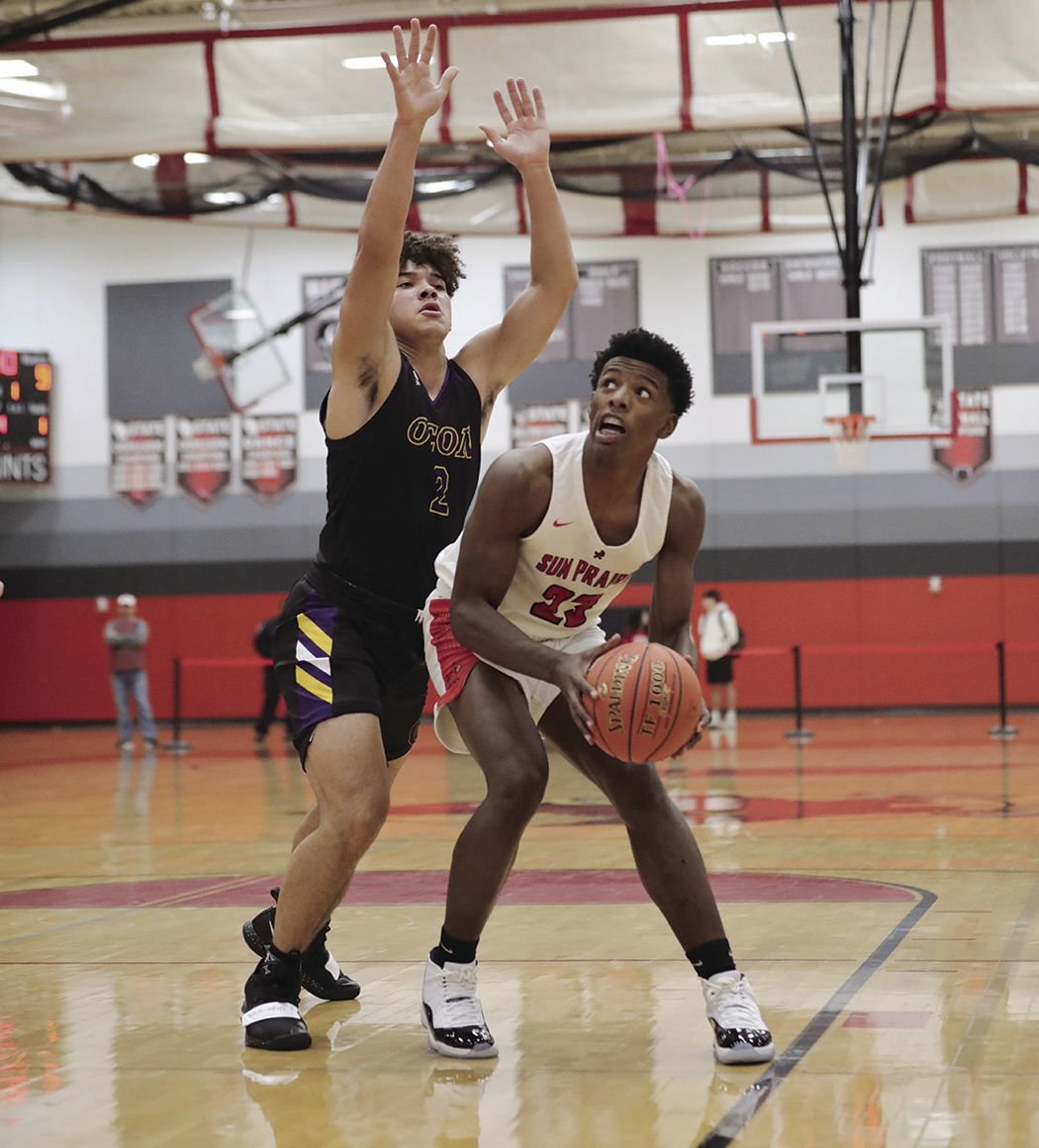 Despite being double and even triple-teamed Delaware Hale led Sun Prairie with 25 points in an 81-73 season-opening win over Oconomowoc Saturday.

It was only the first game of the season, but both players and coaches of the Sun Prairie boys basketball team could see the growth of the program’s young and inexperienced players.

“They had some confidence going into the (second) half and played well,” said Cardinals head coach Jeff Boos. “For some of them it’s a new experience and you don’t know how they’re going to respond, because some of these kids haven’t been in this program.”

But three players that have been in the program and have been a part of some big games in their careers did respond, and responded with a flurry. Seniors Delaware Hale, Colin Schaefer and Dawson Hughes, all part of that state runner-up team, combined for 61 points in the non-conference win.

“The first half we didn’t play the way we normally do, we kind of slowed it down and maybe took some shots we shouldn’t have. But the second half was more of what you can expect out of this team,” said Schaefer, who finished with 21 points. “Most of us haven’t played together, so the chemistry wasn’t quite there yet, then the second half we kind of got the feel for guys.”

“Once you make two or three, you keep (shooting) until you miss one,” Schaefer remarked.

The first half was a battle of big men, Hale and the Racoons’ Caleb Flaten-Moore. Both standing 6-foot-6, Hale led all scorers with 18 in the first 18 minutes, including a pair of rim-rattling dunks, while Flaten-Moore used his muscular frame to score 10.

Hale led the Cardinals with 25 points, while Flaten-Moore was the game’s high scorer with 29.

Oconomowoc (0-1) opened the second half on a 10-2 run, fueled by five Drew Fisher points and a three-point play by Flaten-Moore. But trailing 44-36 Sun Prairie came out of a timeout on a 9-0 run.

“We could have easily folded or forced things,” said Boos.

Senior forward Deante Luster, playing in his first varsity game, knocked down a 3-pointer to ignite the run, before Schaefer followed with a fast break layup and sophomore Addison Ostrenga scored twice in the paint giving the Cards a 45-44 advantage with 11:43 remaining.

Schaefer buried a 10-foot baseline jumper and Luster knocked down another triple giving Sun Prairie the lead for good, 52-48, with 9:40 left to play.

“We have two kids that haven’t been in this system so it’s taking some time,” said Boos, referring to Luster and Sylvester Ware. “Deante gave us a lift with those shots, but it’s too bad he got poked in the eye because it took him out of the flow a little bit.”

Ware (8 points) and Luster (6 points) combined for 14 in their debuts.