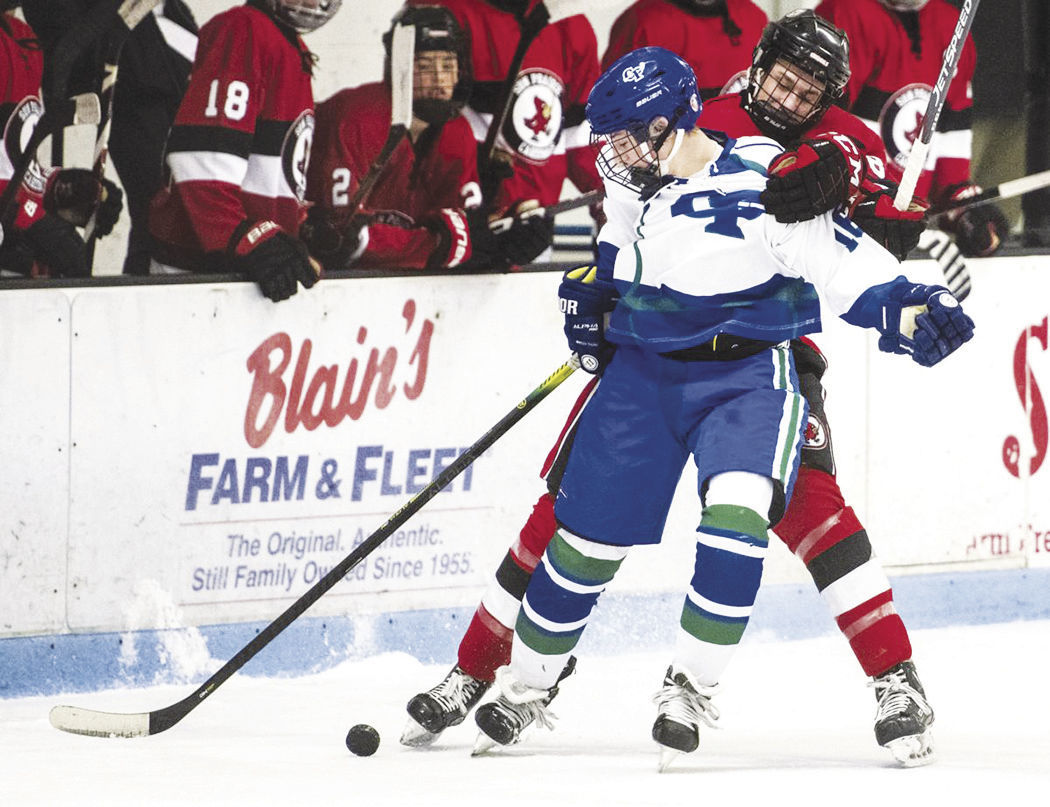 Sun Prairie’s Nick Johnson (in back) attempts to take the puck away from Janesville’s Jake Schaffner during Wednesday’s Big Eight Conference finale. The Cardinals won 6-2 to finish 11-3-0 and in second place. 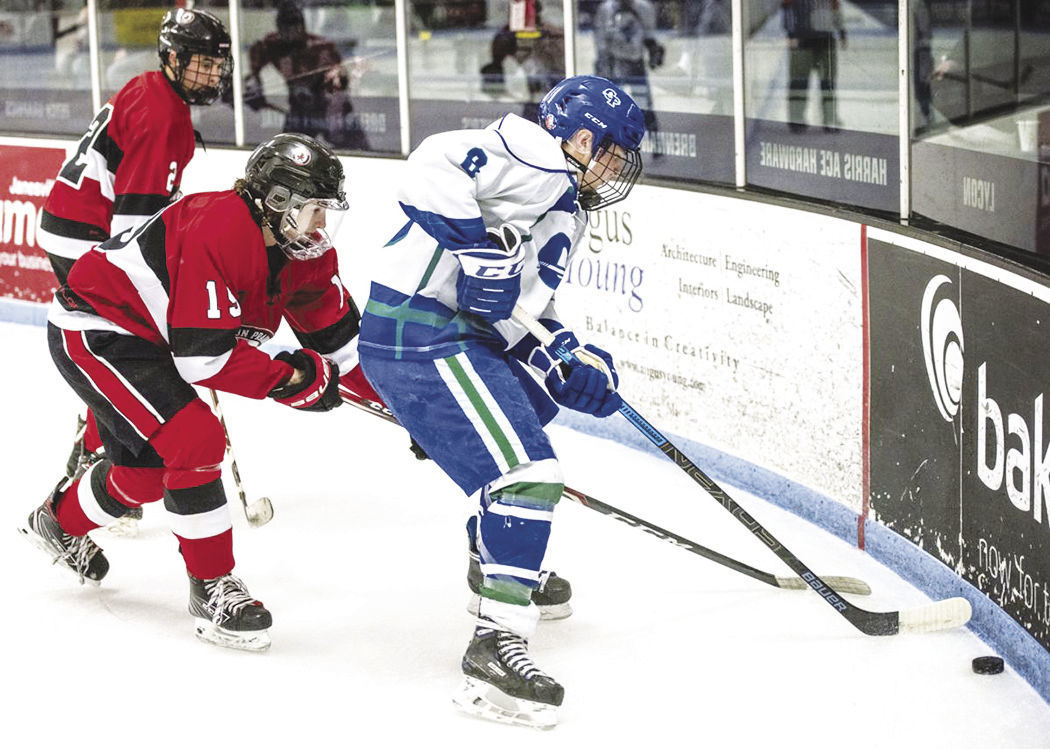 Sun Prairie’s Nick Johnson (in back) attempts to take the puck away from Janesville’s Jake Schaffner during Wednesday’s Big Eight Conference finale. The Cardinals won 6-2 to finish 11-3-0 and in second place.

Sun Prairie scored two goals in the first five minutes of the opening period and never looked back. The Cardinals finished the regular season with an 18-6-0 record and was second in the Big Eight to Verona at 11-3-0.

Junior defenseman Nick Johnson blasted a wrister from just inside the blue line to make it 1-0 at the 2 minute, 52 second mark of the first period. Senior forward Kaden Brunson pushed the lead to 2-0 less than two minutes later. Carter Watters and Davis Hamilton assisted on both goals.

Trailing 2-0 after one period, Janesville got within one on Jake Schaffner’s power-play goal just 22 seconds into the second period. The talented Janesville Craig freshman flipped a backhander past SP senior goalie Alex Liegel.

Sun Prairie answered quickly on Watters’ goal two minutes and made it 4-1 on junior defenseman Dominic Mariani’s power-play goal at 9:10 of the second.

Janesville trailed 5-1 after two periods but got an unassisted goal from Walker Kulas at 6:55 of the third to make it 5-2. The Cardinals capped off the scoring on Hamilton’s goal at 12:33.

Sun Prairie received a No. 3 seed and along with it a bye in the first round of the WIAA Division 1 tournament. The Cardinals will play the winner of No. 6 Middleton and No. 11 Tomah/Sparta on Thursday, Feb. 20.

The puck drops at 7 p.m. at Sun Prairie Ice Arena.