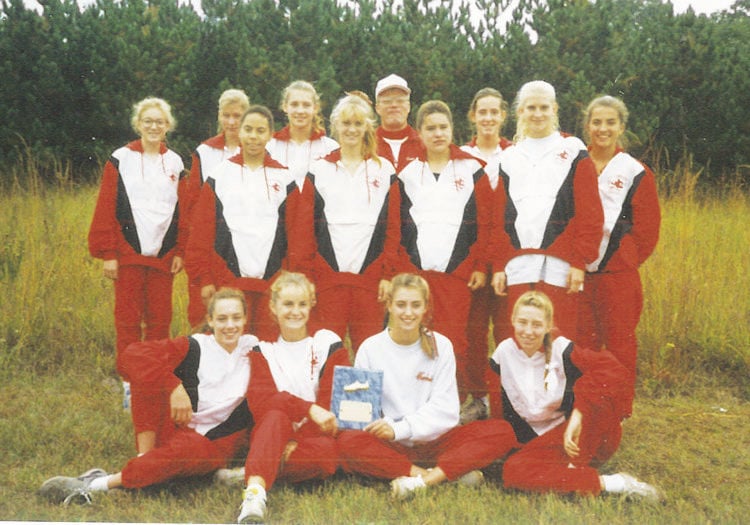 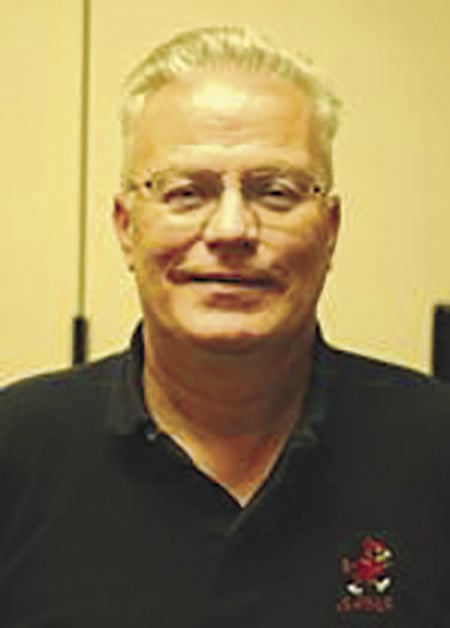 Caring, always smiling, the salt the earth, role model. Those are just some of the many descriptions friends and colleagues of the late Stephen Riggins gave after learning of his untimely death late last week.

The former Sun Prairie High School history and social studies teacher and coach died in a two-vehicle accident on Friday, Jan. 10. He was just 66.

The initial reaction of many of his close friends, colleagues and even former athletes was universal: shock and awe, disbelief, gone way too soon.

Riggins began teaching at Sun Prairie High School in 1981, and at the same time began what turned out to be a historic coaching career in both cross country and track and field.

Riggins was the boys track distance coach before moving over to coach the girls long-distance runners, where he served under Bill Jabs for eight years.

“We were very close friends and worked hard together, basically every spring we were out there together,” said Jabs, who heard of Riggins’ passing Friday afternoon. “I was just totally shocked, to say the least. A good friend and colleague and just the salt of the earth as far as somebody who gave of himself for everything that he did.”

Jabs, the program’s first head coach after he started the cross country in 1978, coached until 1987 when Riggins took over head coaching duties. He knew when he stepped down from cross country, he was leaving the program in good hands.

“It was nice to see that from where the program had begun to see it go to the next level — it was me getting it off the ground, but then Steve picking it up and taking it up a level from there — I was proud of that fact,” said Jabs. “Because of his success at cross country, most of those girls came out and ran track and were very successful, it made me proud and made the school proud.”

Riggins helped Sun Prairie become one of the top teams in the Big Eight Conference, leading the Cardinals to their first conference championships in 1992 and 1993.

“Until that point we always had one or two athletes that were really good, but Steve started adding numbers to the program and got them to the point where they could be very competitive as a team at the conference level,” said Jabs.

Together, Riggins and Jabs led Sun Prairie to the Big Eight Conference girls track titles in both 1994 and 1995.

“We were fighting against the odds in those days, we were at that time the smallest high school in the conference, so for Steve and I to be able to take those girls and develop them and keep them together was kind of a feather in our cap,” said Jabs.

Riggins coached cross country and track and field for 24 years — including both sports for 17 seasons — before retiring from coaching in 2008.

Current Sun Prairie head track and field coach Doug Maughan and Riggins coached together toward the end of Riggins career.

“I’m assuming everyone had the same reaction, shock and sadness and heartbreak for his family,” Maughan said. “

Maughan was close with Riggins’ daughter Kelsey, a standout pole vaulter who finished second in Division 1 at state in 2004 and went on to compete at the University of Minnesota.

Maughan and Riggins also shared a passion away from the athletic field, fishing. “We both like the outdoors, liked fishing, so that was a little connection we had,” he said.

Scott Nelson served a dual role in Riggins’ career, first as a student-athlete before joining the former coach as a colleague.

“I was stunned, shocked, saddened and all those things that go with something like that when you first hear about it,” said Nelson when learning of Riggins’ passing. “After learning of the details, you just feel sick to your stomach because there’s nothing you can do.”

Nelson didn’t have Riggins as a teacher, but did as a coach indirectly.

“He was on the girls’ side of stuff but being in track and field he was always around,” recalled Nelson, a three-sport star who won the 1988 and ’89 Class A state championship in the 110-meter high hurdles.

He also observed Riggins as a teacher when he served as SPHS athletic director from 1999-2006.

“I watched him interact with kids a lot during the school day, always was positive, and seeing him coach he was very much the same way; he loved what he was doing and you could hear his laugh from across the track,” Nelson said.

“If you couldn’t call Steve Riggins your friend then I don’t know who you could call your friend,” Raymond said. “He was just a very humble, very approachable guy that was really dedicated to cross country and track: he was kind of a role model for sports editor’s with how well he cooperated, but the reason he cooperated was because it was all for the girls that he coached.”

Jenny Von Bergen, the former Jenny Deitte, was one of Riggins’ star athletes who went on to run at UW-Eau Claire.

She recalled a memorable story.

“I couldn’t go to my high school graduation because I had qualified for State Track and along with the other coaches he organized a graduation party for me,” said Von Bergen. “I just thought of him as very encouraging, very positive and always caring.”

But of all the people who knew Steve Riggins, Jim Buhr likely knew him the best. The two, who were described by some as Batman and Robin, were nearly inseparable in their professional and personal lives.

Buhr learned of Riggins’ passing from his son.

“Nobody could reach me so my son called me and I kept saying, ‘Who? What?’ I was stunned that Steve’s name that he’d be talking about that somebody passed away,” he said.

Buhr, a retired science teacher, and Riggins taught and coached and taught together for nearly 30 years.

“He started out as my assistant, my distance running coach, in track and then he took over the girls cross country program and we coached the boys and girls programs together for 28 years until he retired,” said Buhr.

“As teachers: we were separated at the old CHUMS (Cardinal Heights Middle School) building, I think they purposely tried to keep us apart,” added Buhr with a laugh. “But in the new building our rooms were right next to one another for one year.”

Buhr and Riggins recently got together to be on a Wall of Fame committee. It was there not only they but others involved saw how similar the two were.

“We were asked to pick our top three (candidates) in order, one through three, and I went first and gave mine before he showed his and they were exactly the same in the exact order,” Buhr said. “Paul Frank, who we both coached with for years, was sitting between us and he said, ‘I don’t believe it.’ Even our comments were the same.”

“We probably knew more about each other than anybody else on the planet,” Buhr said.

Buhr added: “One of the things he was, besides being a great coach, was he was a heck of a teacher,” Buhr said. “He was respected by everybody, liked as a teacher by his kids, and to be able to recruit (athletes) you also have to be a teacher. He recruited kids and build the program up … it was really the start of everything.”

On his final day of coaching, the 2008 WIAA State Championships in Wisconsin Rapids, Riggins saw Spencer Houk finish seventh and Birkholtz finish 25th, at the time the best performances ever in Sun Prairie boys and girls cross country history.

Funeral services for Riggins were held on Wednesday.

He was a good friend. My wife and his wife taught together for years in Waterloo. Devastating — Peter S. Dettmer.

So very sad. One of my favorite teachers. Many prayers to his family. —Judene Haas.

He was amazing!! Sad to have a wonderful person taken too soon!! — Nicole Suchomel-Spatola.

He was the reason I love history and he was an awesome cross country coach. — Peggy Wiersma.

He was a great person. He will be missed. So sad. — Paul Esser, Sun Prairie Mayor.

RIP prayers to his family and friends. — Brenda Fronsee.

Such a nice family, so very sad. — Kelly Endres.

Deepest sympathies to his family and friends. R.I.P. — Linda Clemmons.