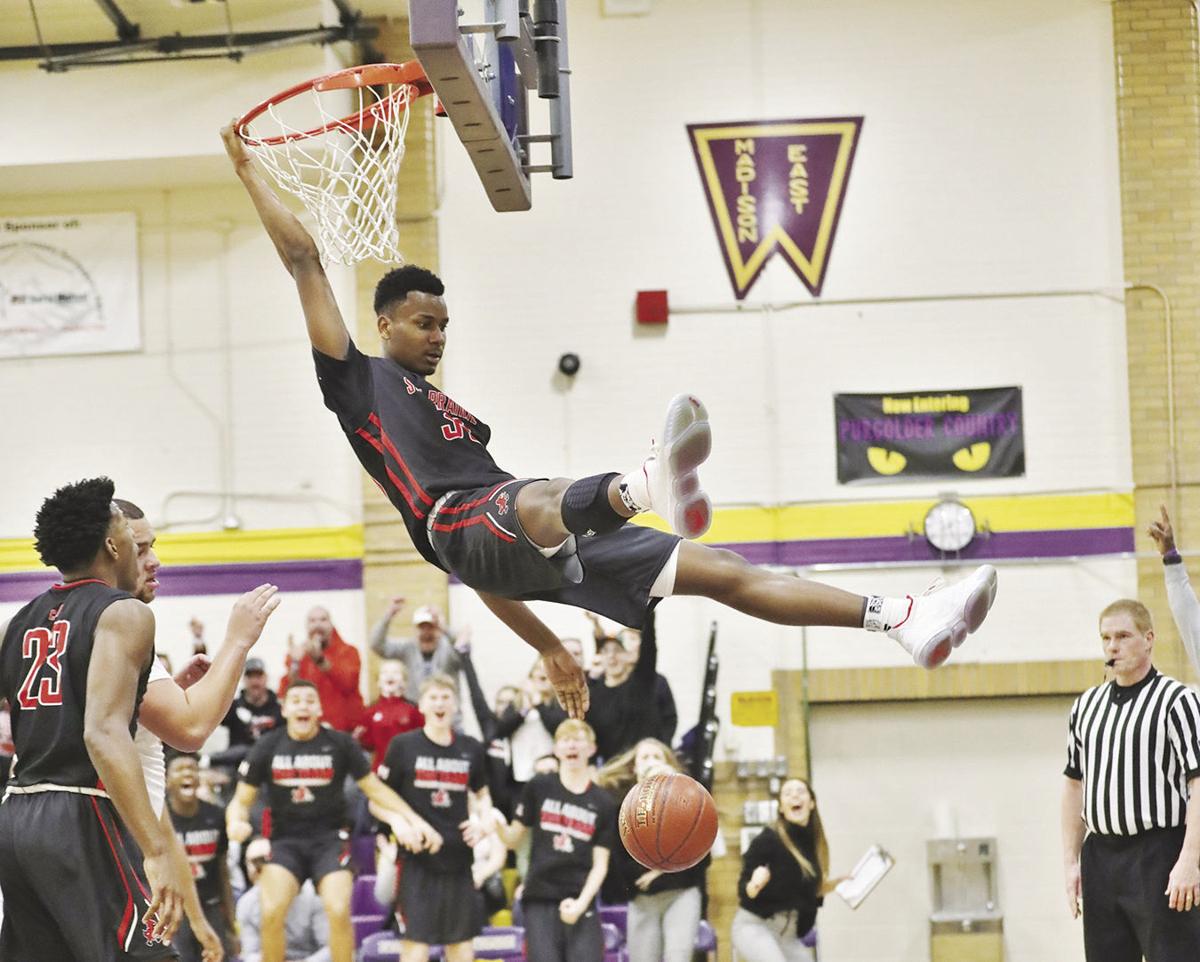 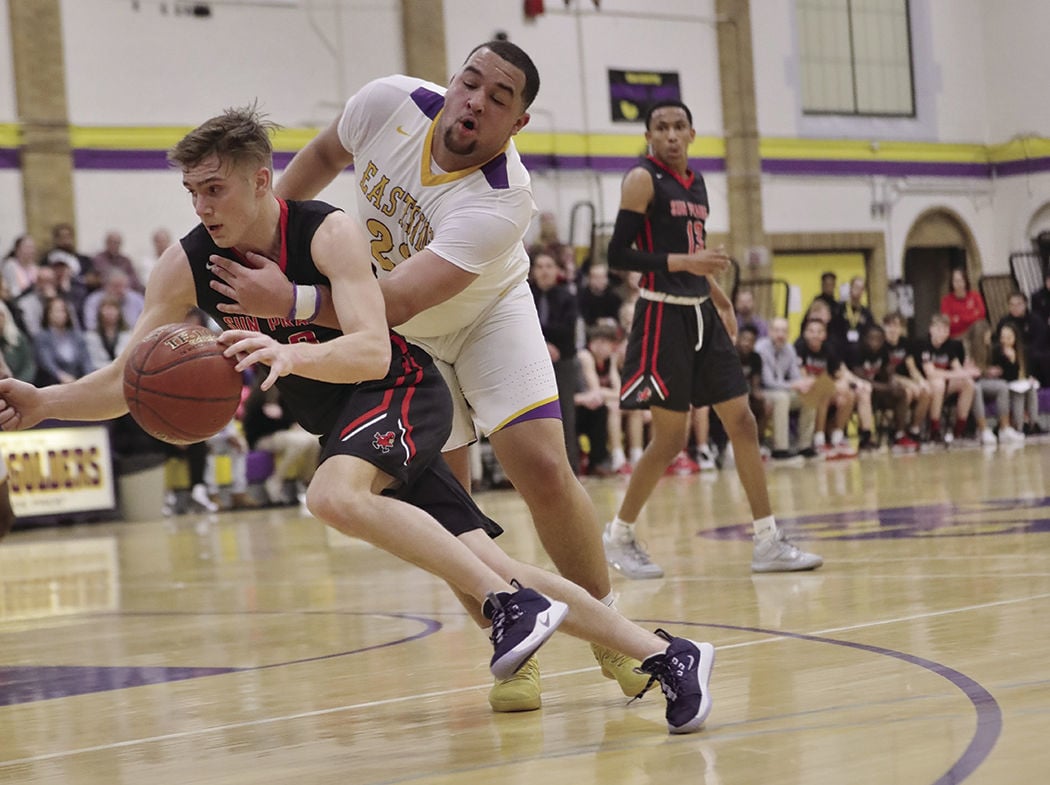 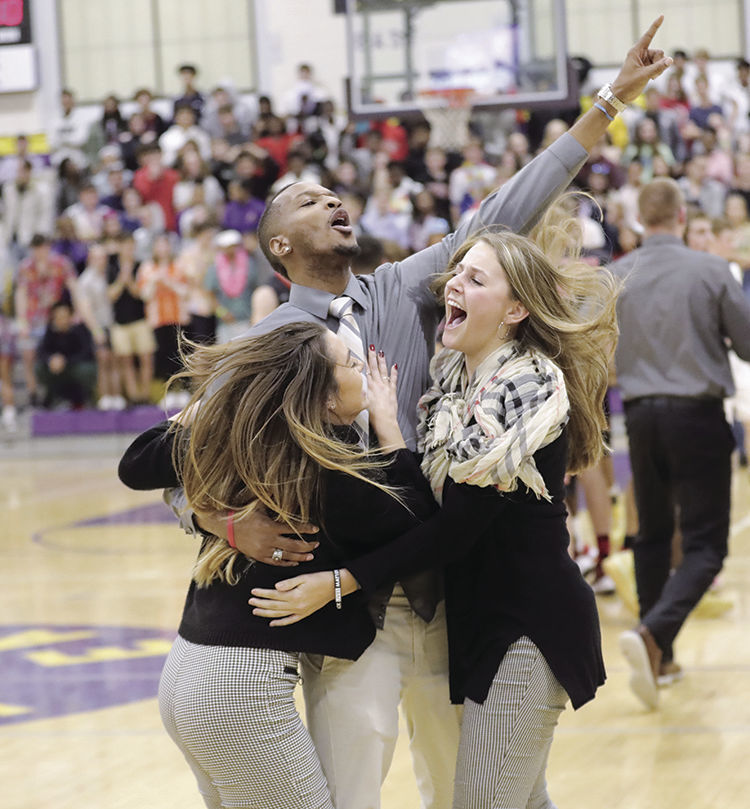 Sun Prairie entered the game ranked fourth in the first Associated Press Division 1 poll, while Madison East came in with the No. 6 ranking. And it’s safe to say the game lived up to its billing.

With the score tied at 67 Hale inbounded the ball to senior point guard Colin Schaefer just over the half-court line, and after bringing the ball over the timeline he hit Hale with a pass near the top of the key. Hale, being defended by East’s Keonte Jones dribbled into the lane, spun to his right and pulled up from 8 feet with a shot that hit off the back iron once and dropped in with 1.4 seconds remaining.

The Cardinals (8-1 overall, 6-1 Big Eight), who suffered their first loss of the season to No. 2 ranked and Big Eight-leading Madison La Follette Tuesday, avoided their second defeat in three days even after blowing a 16-point lead.

“Colin did a really good job of getting it to him and with enough time to get the isolation, and there was verbal communication from the sideline,” said Sun Prairie head coach Jeff Boos. “Our overall execution down the stretch was better down the stretch and in overtime.”

“We felt Tuesday night that we got beat up on the glass, so we made a strong effort in practice (Wednesday and Thursday) of not letting that happen again; I thought we did a pretty good job of doing that and keeping East in check,” added Boos.

Leading the Cardinals on the boards was Deonte Luster, a 6-2 senior who registered his first double-double of the season with 10 points and a team-high 12 rebounds.

“He was really tough on the glass, he was solid on both ends of the floor,” Boos said of Luster. “He gave us that third option.”

But the Purgolders (6-2, 5-1) rallied, erasing their deficit before forcing overtime when senior Moses Fadele hit a put-back with 8 seconds remaining in regulation.

“We knew they were going to make a run. Their press bothered us a bit, and Colin was in foul trouble and when he’s not out there, things are a lot different,” Boos said.

Sun Prairie built a 67-64 lead in overtime, but Michael McIntosh converted a three-point play tying the score with 1:06 left. But Hale eventually won it.

“We hung in there and found a way to weather it, I commend the kids for not losing their composure,” Boos added.

“He was a bulldog defensively, going after loose balls and took some charges, that’s how you win,” Boos said of Ware.

Three Purgolders fouled out, including Anthony Washington who scored 19 points and was 10-of-10 at the free throw line.

Sun Prairie and Madison East will meet again on Feb. 18 in Sun Prairie.

“That’s a rivalry, they always play us tough,” said Boos.

Sun Prairie will play Onalaska in the Midwest Player Classic in La Crosse on Saturday. Tipoff against the Hilltoppers (9-1) is 5:10 p.m. at the La Crosse Center.