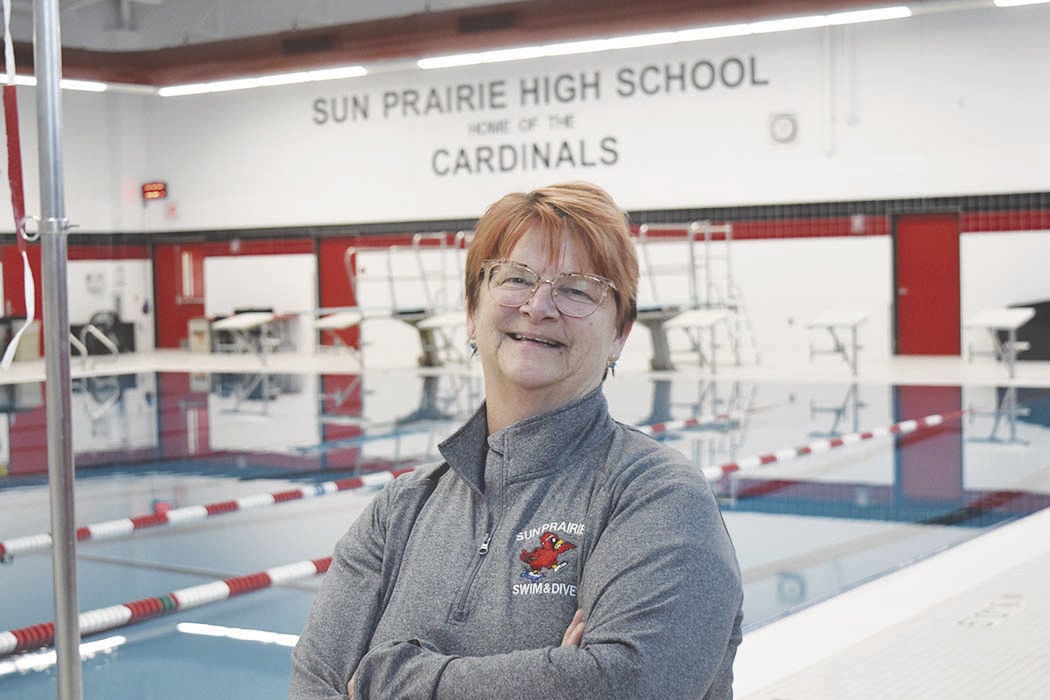 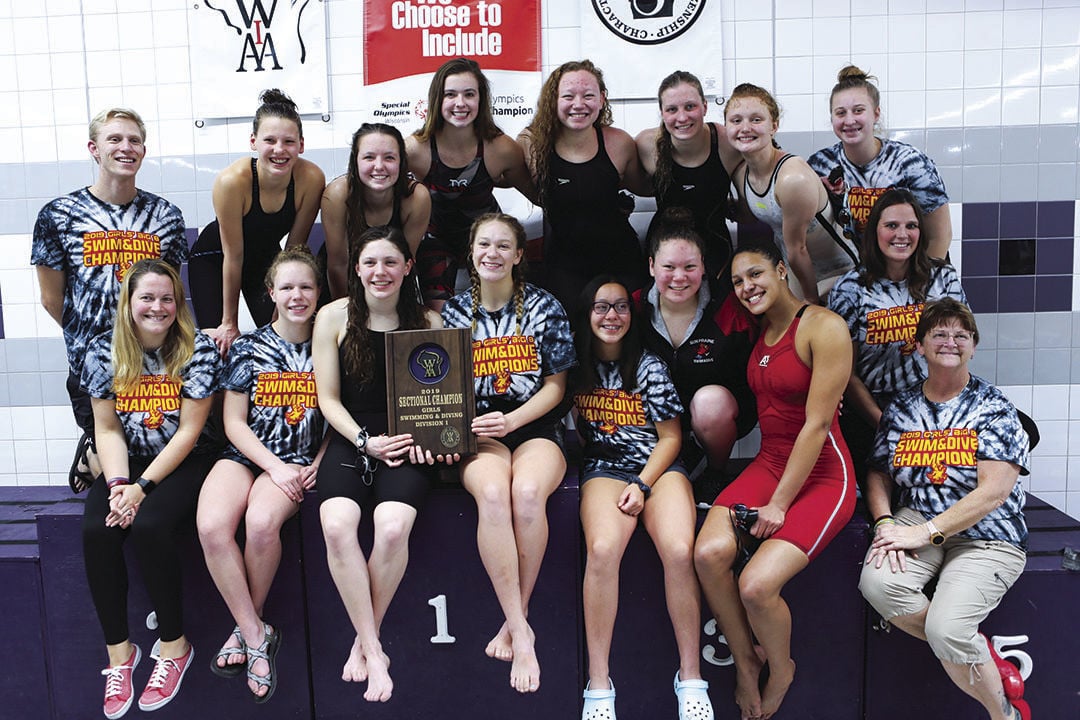 When Nancy Harms took the reins as Sun Prairie High School head girls swim coach in 2001 there wasn’t even a pool for her team to call home.

Nineteen years later not only does Sun Prairie have a state-of-the-art swimming pool, it has one of the premier swim programs in the state of Wisconsin … and a lot of, if not most of, that has to do with Harms.

Last week Harms made the announcement that she will be retiring as both the program’s head coach as well as Aquatics Facility Manager at SPHS.

In a letter sent out to her swimming friends and families, it read:

“It is with mixed emotions that I am announcing that this very successful 2019 swim season is my last season as coach of the Sun Prairie Cardinal Women’s Swim and Dive team. I am also “re-retiring” from my other passion as Aquatics Facility Manager at Sun Prairie High School. I certainly cannot say that this was an easy decision as I am quite passionate about coaching and our Sun Prairie swimming community.” — Thank you to all.

Harms, whose mother was a swim coach in Iowa, was in her own words “a lousy swimmer” herself, but always had a passion for the sport, coaching at all levels. She officially became the Cardinals head coach in the fall of 2001, replacing Heidi Schuenke … and the rest, as they say, is history.

“They needed a new coach and my daughter (Danielle) was going to be a freshman in high school, so that’s why I started coaching back again,” she said. “I was just so much better as a coach than I was a swimmer. That’s the truth.”

Harms’ coaching career began as an assistant under her mother in Mason City, Iowa.

“I was an assistant for the men’s and women’s teams, and then I ended up as the head coach for the women’s team,” Harms said.

She then moved to Wisconsin and began coaching the Madison East YMCA 9 and 10-year olds, the Badger Aquatic Club and the DeForest Aquatic Club.

Sun Prairie has only had a pool to call home since 2010, when the new school was built.

“We had to use Prairie Athletic Club, (Madison) Edgewood, DeForest, Madison La Follette and even Waterloo,” she recalled.

Harms has built the Sun Prairie program into one of the more revered programs not only in the Big Eight Conference but throughout the state. The Cardinals have earned top-10 team finishes at the WIAA State Swimming & Diving Championship each of the last five years, including back-to-back third-place team finishes in 2018 and 2019.

She has coached several WIAA state champions, including Rachel Powers, the Division 1 500-freesytle champion in 2016, and most recently Sophie Fiske, who won four state titles (two individual and two relays) this past November.

“We’ve always had kids that were hard workers and motivated, and then you add numbers and kids that are committed to working out and staying in shape year-round, and it turns into success,” Harms said. “Over the last five years it seems like you just can’t give them enough work, they just really like to work hard.”

In what was her final season, Harms led Sun Prairie to its first-ever Big Eight Conference championship.

Harms hasn’t done it all alone, and she would be the first to admit that as she has had several great assistant coaches. One of them is current assistant Corrie Becker.

“The impact she has had on Sun Prairie swimming is going to be felt for years to come. There’s nobody that compares.”

For Harms this is a re-retirement. After teaching special education in Madison for five years, she taught physical education at Thoreau Elementary and Kennedy Elementary for 17 years before retiring.

She took on the duties as Aquatics Facility Manager at SPHS three years ago on a “part-time” basis.

“I retired at 56 and was retired almost three years when they needed a manager here and asked if I’d do it for a few months — and that was three years ago,” Harms, who is now 63, said with a laugh.

Harms plans on spending more time with my daughters Danielle and Michaela and their families, and of course her grandson László, as well her sisters and parents.

“I am also planning to do a little bit of traveling in the US as well as abroad. I am hoping my first big trip is to the Grand Canyon,” she added.