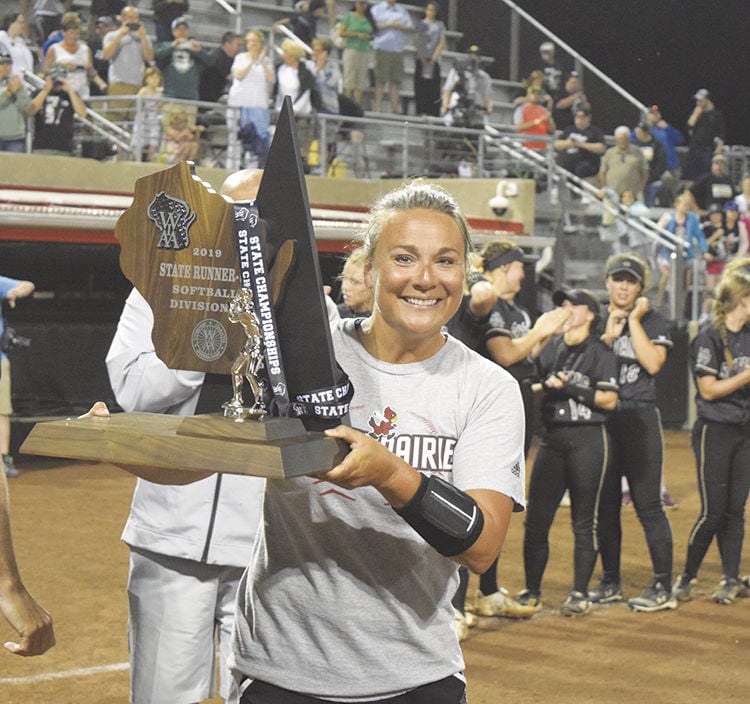 Sun Prairie softball head coach Jamie Olson holds up last year’s WIAA Division 1 state runner-up trophy. The Cardinals have been to the last two state tournaments, winning it all in 2018. 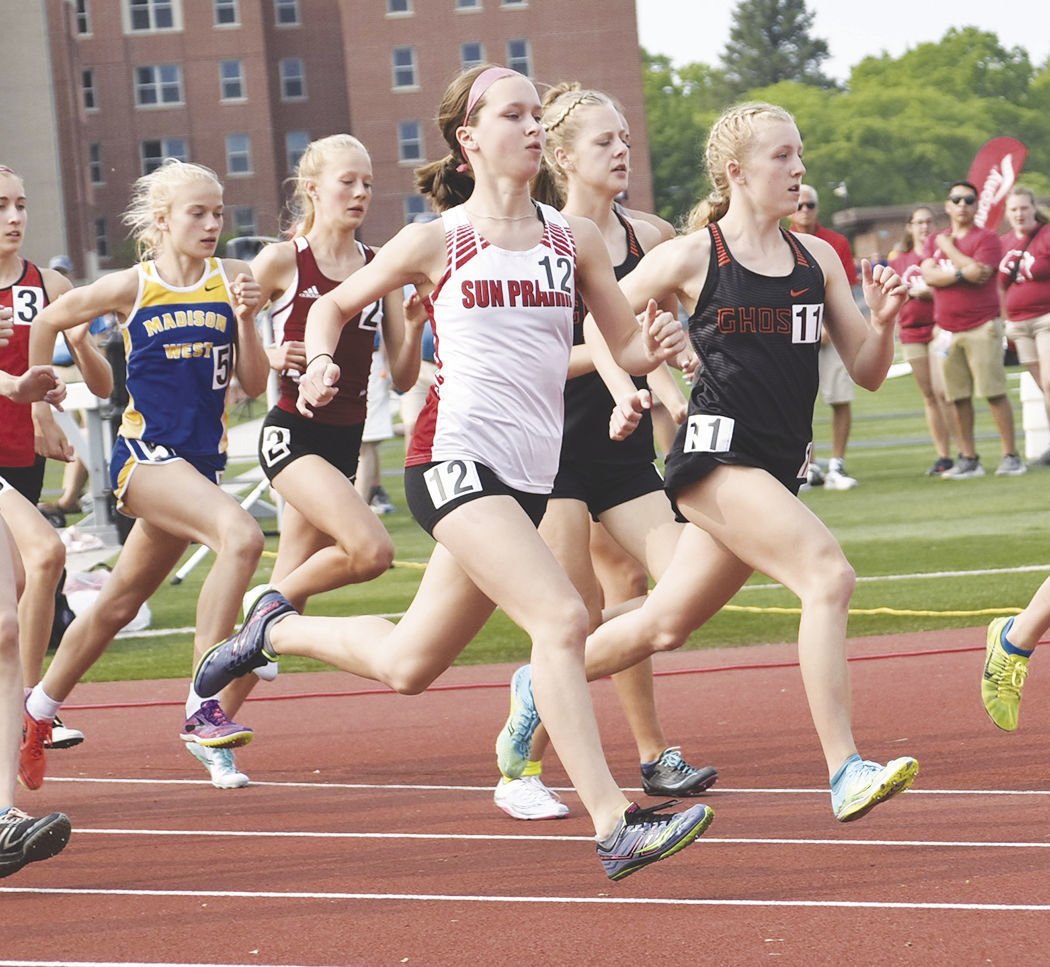 Sun Prairie softball head coach Jamie Olson holds up last year’s WIAA Division 1 state runner-up trophy. The Cardinals have been to the last two state tournaments, winning it all in 2018.

High school sports have come to a standstill across Wisconsin, and Sun Prairie is no exception.

Wisconsin Gov. Tony Evers made it official with a executive order on Friday: All public and private schools will to suspend spring sports activities extending from Friday, March 13,, until Monday, April 6.

The executive order is in response to the information available regarding COVID-19 and to prevent, suppress and control the disease. The Wisconsin Interscholastic Athletic Association has updated its athletic participation limitations to adhere to the executive order as stated on the WIAA’s Infectious Disease option on the Health webpage.

And while it doesn’t sit well with players, coaches and administrators know the safety of their student-athletes comes first.

“I was not surprised that the season was put on hold for the time being,” said Sun Prairie head track and field coach Doug Maughan. “As it became evident that this was a world crisis and best thing for everyone was to remain separate as much as possible, both our athletes and coaches knew the season would be paused. Our athletes were not happy, but understand the circumstances. Many athletes will continue to train on their own as they did all winter, they will just need to be creative when training.”

Consistent with Gov. Evers’ announcement Friday, all school training, practices, scrimmages and contests are suspended. In addition, schools and coaches may not bring students together or be involved with students during this time period for any extracurricular or athletic purposes, which includes practices and other instructional/organizational purposes.

Coaches may provide individual workouts virtually, but shall not encourage or organize their team assembling to practice.

“We started to run through scenarios of what our schedules could look like if we were to come back mid-April or even the end of April,” Nee said. “On Saturday, I sent an email and to our (spring) coaches and followed up with a text message to let them know that at this point until further notice our seasons are suspended.”

Nee said track and field was actually practicing at that time and had to stop immediately.

“It would make sense that we would just pick up the season when we are back to school,” Maughan said. “Track is different than most sports in the fact that we do not have a required regular season where we compete against all other conference schools; the season builds and builds to the championship season. So as long as we can get back in time to get a little training in before mid-May, we should be able to get in the Big 8 Championship meets and the WIAA tournament meets.”

Both the baseball and softball teams are reigning WIAA Division 1 state runners-up, and with several players returning to each team have been picked to not only challenge for Big Eight titles but state championships as well.

While Hamilton and his coaching staff aren’t in direct contact with the players as per the CDC’s request, they have been updating the players daily.

“This is the greatest self-motivated kids we’ve ever had in the program, and that says a lot because we’ve had unbelievably hard-working kids through the years. As a whole this group, by far and away, exceeds the other groups as far as their baseball work ethic,” said Hamilton. If we do have a season that would be outstanding, in more ways than one. Obviously it would give the kids, especially the seniors, a chance to play again.”

Hamilton added: “Most importantly, we need to get over this coronavirus and get back to some sense of normalcy.”

The softball team had its trip to Florida cancelled. The Cardinals were to embark on an eight-day spring training trip, leaving Thursday for Melbourne, Fla. to play a pair of games at the Space Coast Complex.

“We have to make sure we are healthy, family comes first,” said Olson, who noted that a lot of her players have been sick but none have been diagnosed with coronavirus. “Even putting them on a plane or getting them somewhere and something happens, we just don’t want to jeopardize anything with our season; we’re doing what we can and follow protocol.”

Whether or not there will be a season, Olson has to play the waiting game just like all other teams, players and coaches.

“It’s not just our sport that’s in jeopardy, it’s everybody,” she added. “We’ve got to stick together as a family.”

All Sun Prairie coaches will meet with Nee on Friday to discuss moving forward.

“I’m hoping that we’re going to have some type of season, even if it’s a partial season,” said Olson.

Nee also sympathizes with the athletes, especially the seniors.

“The seniors that have been here four years, to put in that much time and dedication to Sun Prairie High School and their athletics and now have some of that on hold, that’s who you feel for,” he added.