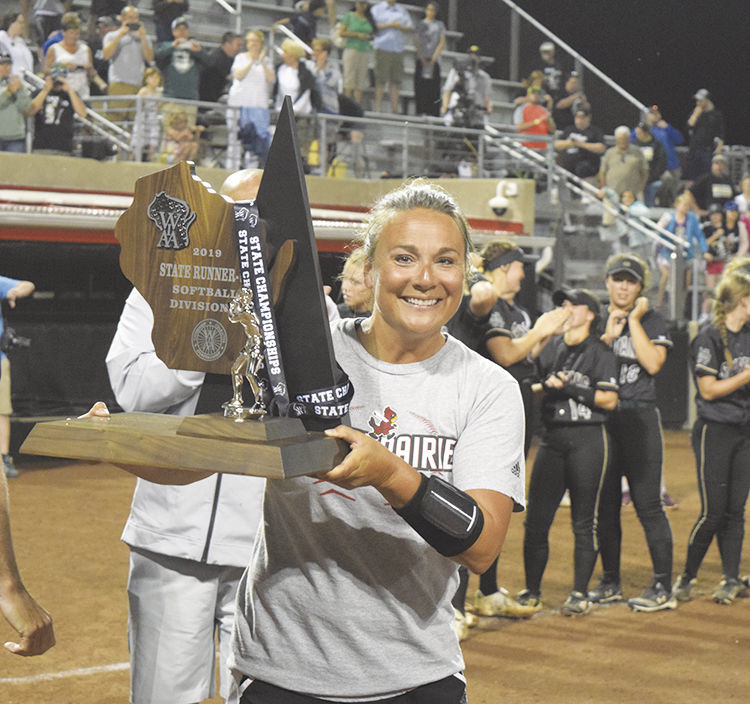 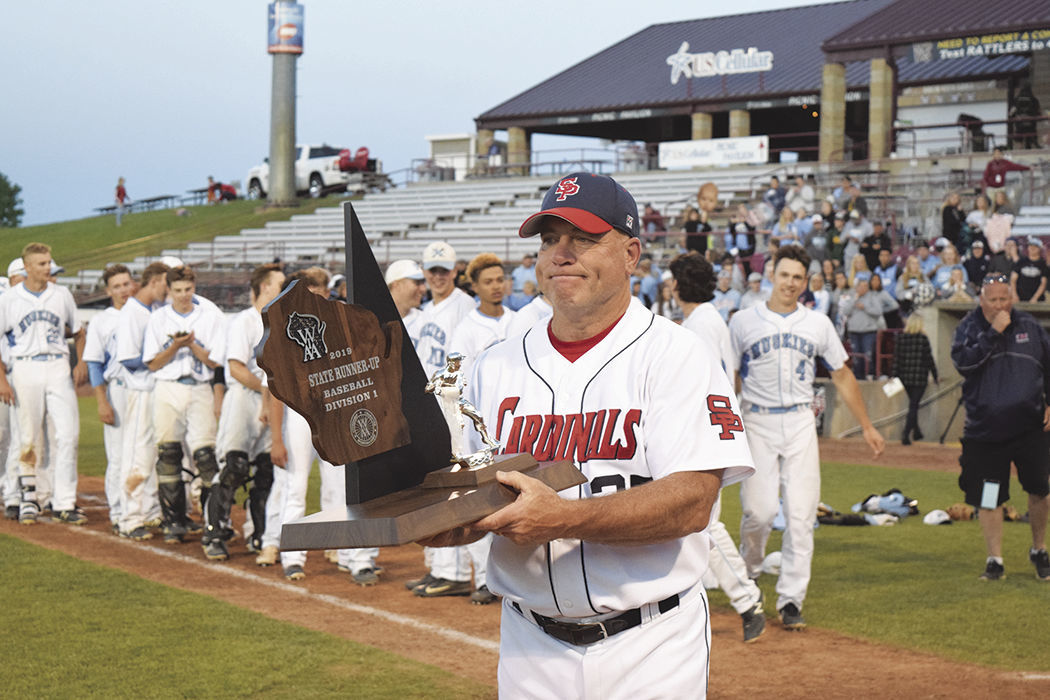 The parallels between the Sun Prairie baseball and softball teams are uncanny, and it goes a lot deeper than their runner-up finishes during WIAA state tournament play over the past two weeks.

They both had some early struggles but rallied to win sectional titles and reach the WIAA state tournament. Both had to fight tooth-and-nail to win their state opener: softball needed 10 innings to hold off Waukesha North 4-1, while baseball held on for a 3-2 victory. Their semifinal games were similar as well, softball winning 5-2 over Pulaski and baseball taking down No. 2 ranked Burlington 6-1.

And their championship games, well, they were nail-biters to the bitter end. Softball lost a nine-inning thriller to unbeaten Oshkosh North, 4-2, while baseball suffered the fate of Sam Stange’s three-run home run in a 5-4 loss.

Hamilton nine starters and among them eight All-Big Eight Conference players. Along with his staff of Pete Gumina, Jack Marchese and Tyler Payne, Hamilton had to mold several players with little or no varsity experience, along with throwing some underclassemen into the mix.

In his preseason interview, Hamilton said: “It hasn’t been very often we’ve been the underdog. The target maybe isn’t on our back, but that’s not a bad thing. We are going to have to grow up in a hurry.”

That growth spurt would take a little while. After losing on a three-run walk-off home run to defending WIAA Division 1 champion Waunakee in their season opener, the Cardinals dropped their Big Eight Conference opener to Madison Memorial.

But that youth and inexperience began to gel, and a nine-game winning streak followed, and the Cardinals went 19-3 over their final 22 games, capped off with the program’s 15th trip to state.

Unfortunately, just like their season opener, a three-run home run ended the Cardinals’ season in a 5-4 championship game loss to Eau Claire North.

But the one thing the softball team had back was a star pitcher, that being Maddie Gardner. All the junior right-hander and future University of Wisconsin hurler did was go 26-4, have an ERA under 2.00 and blow away her own season strikeout record with 340 (the old record was 269).

Olson’s and the team’s view going into the 2019 campaign was a quest to return to state and defend their title: “That’s what the girls’ focus is again this year. They want to continue that success and work to that common goal, in regard to getting back there and being successful throughout the season.”

Olson, along with her staff of Eliza Zwettler, Ellyn Will and Lindi Winter, too had to get a handful of underclassmen ready to play with Gardner, returning center fielder Sabrina Reuter and some inexperienced varsity starters.

The Cardinals won their first five games before falling 2-1 to Verona. The Wildcats would win the second meeting as well, 2-0, but Sun Prairie won when it mattered most, beating Verona 10-3 in the sectional championship game on their own field.

Mark your 2020 calendars for the WIAA State Softball Tournament (June 11-13) and State Baseball (June 16-18) because there’s a good chance Sun Prairie will be there.