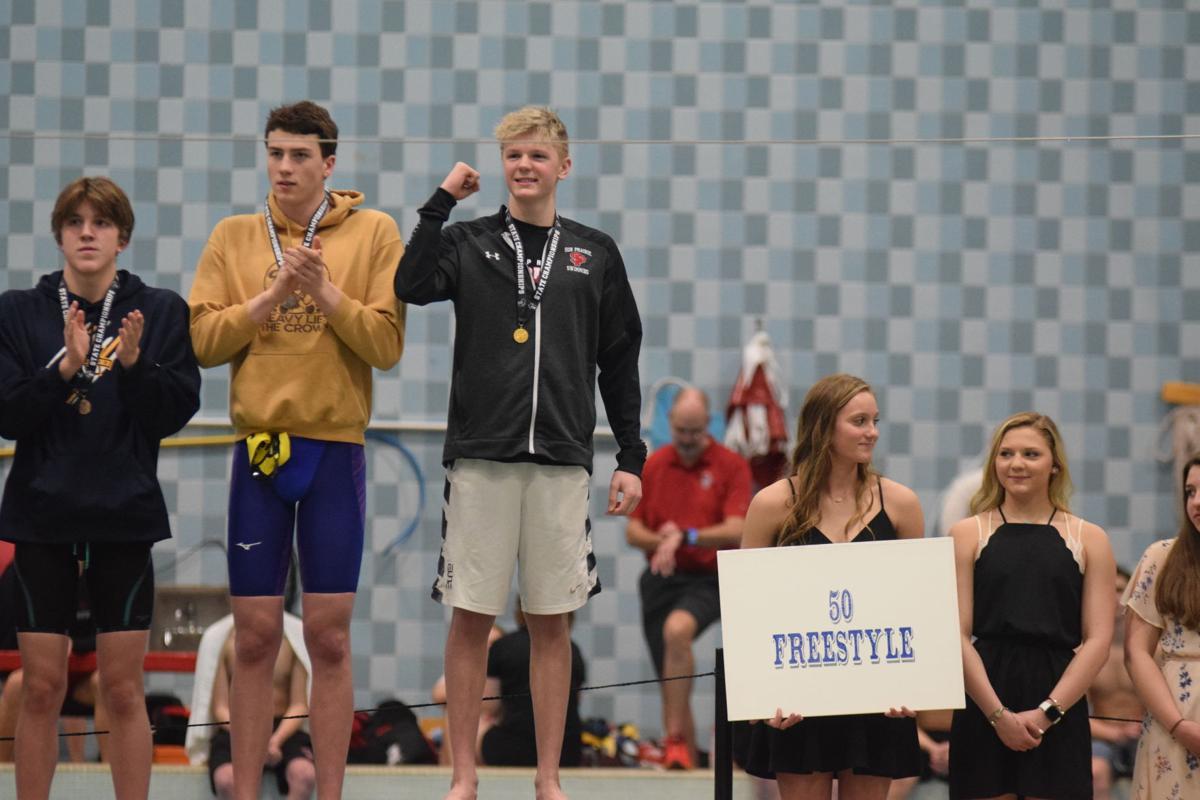 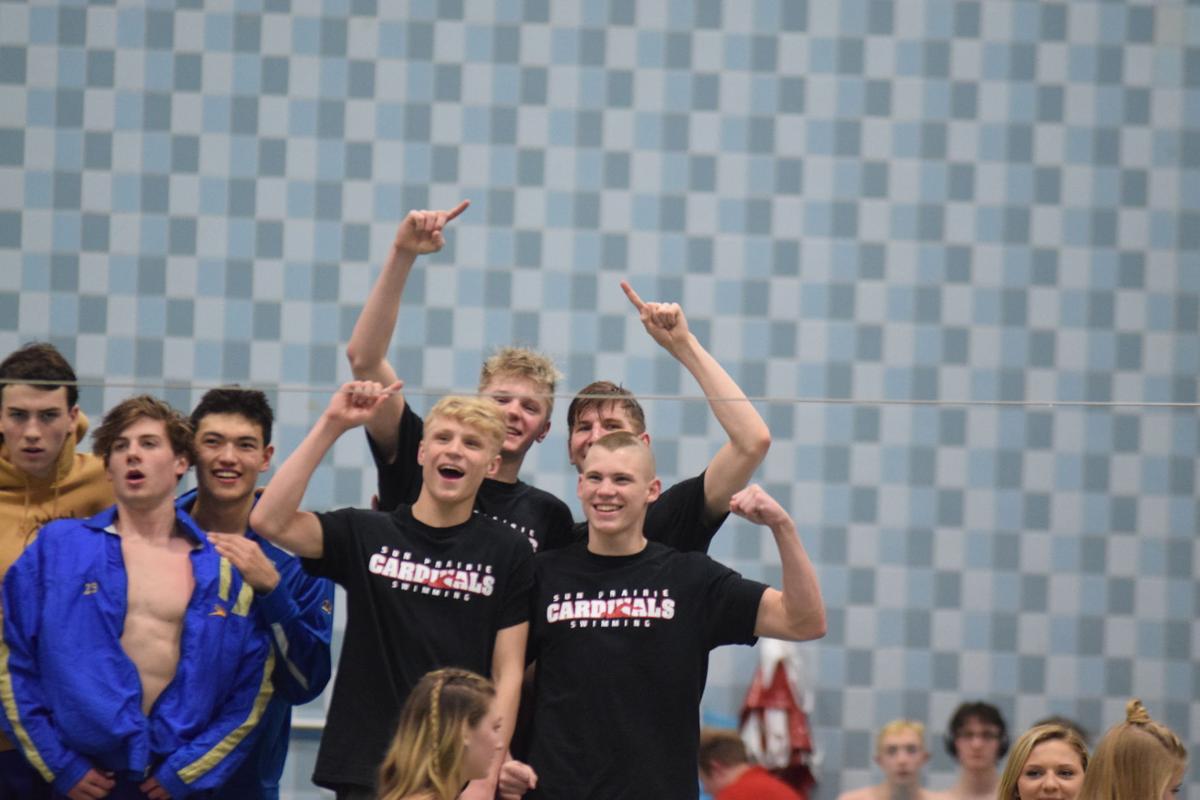 MADISON — A third-place finish and two state champions, it would be a grave understatement to say the Sun Prairie boys swim team had a great day at the 96th WIAA State Boys Swimming & Diving Championships.

The Cardinals accumulated 197 points — the most in school history at a WIAA State Meet; finished third overall — the best in team history; and saw the program’s first state champions stand atop the podium at the University of Wisconsin Natatorium Saturday afternoon.

“It’s been a long road to get here, it took dedication from all the boys,” said Sun Prairie head coach Joel Coyne. “I’m just proud of how this team came together; to be third in the state, the best Sun Prairie finish ever, that means a lot to the program, to the guys, to the coaching staff and to the city in general. It’s pretty special.”

It was a historic day for the program in so many ways, and historic for Ben Wiegand. The junior standout, favored to win the 50-yard freestyle, not only won the race but did so in record-shattering fashion with a time of 20.16 seconds. It topped previous D1 record of :20.44 set by Matt Friede of Sauk Prairie/Wisconsin Heights a decade ago.

“Words can’t really express how I feel,” said Wiegand. “I guess I’m feeling really proud because I didn’t get here alone, my teammates pushed me for as long as I can remember.

“This season I felt like there was a chance for the state record, and honestly it didn’t really hit me until I was on the podium. It was a good feeling.”

Senior Cade Roggenbauer got things started in a big way with the best first-lap split time of :21.48. Junior JP Anhalt kept that lead intact with a :21.09 split, and after junior Ethan Braatz touched the wall in :21.54 he gave Wiegand all the arsenal he needed to bring the state championship home.

Wiegand left everyone in his wake with an eye-popping :19.11 split to cap off the title. Sun Prairie’s winning time was 1:23.22.

“I saw that and I’m speechless,” said Coyne of Wiegand, who will participate in the US Olympic Trials in March. “That was incredible.”

The split was also the fastest ever recorded in state history.

“The fastest I’ve ever gone was :19.7, so I was really happy with that,” added Wiegand.

Sun Prairie also reached the podium in its other relays as well. The 200 medley relay foursome of junior Campbell Sullivan, Wiegand and sophomores Jonathan Schluesche and Braatz swam a school-record 1:33.86 to finish third in the first race of the day.

The Cardinals’ 400 freestyle relay of Schluesche, Anhalt, junior James Werwie and Roggenbauer earned a fifth-place finish with a 3:11.10 clocking.

Roggenbauer capped off a terrific four-year career with his fourth appearance at the WIAA State Meet. The senior also competed as in individual, placing seventh in both the 50 freestyle (:21.29) and 100 freestyle (:46.89)

“I’m just happy. You get to the state meet in a big event like this to have two first-place swims, to be able to throw down the fastest split ever in state history, you hold your head high,” said Coyne.