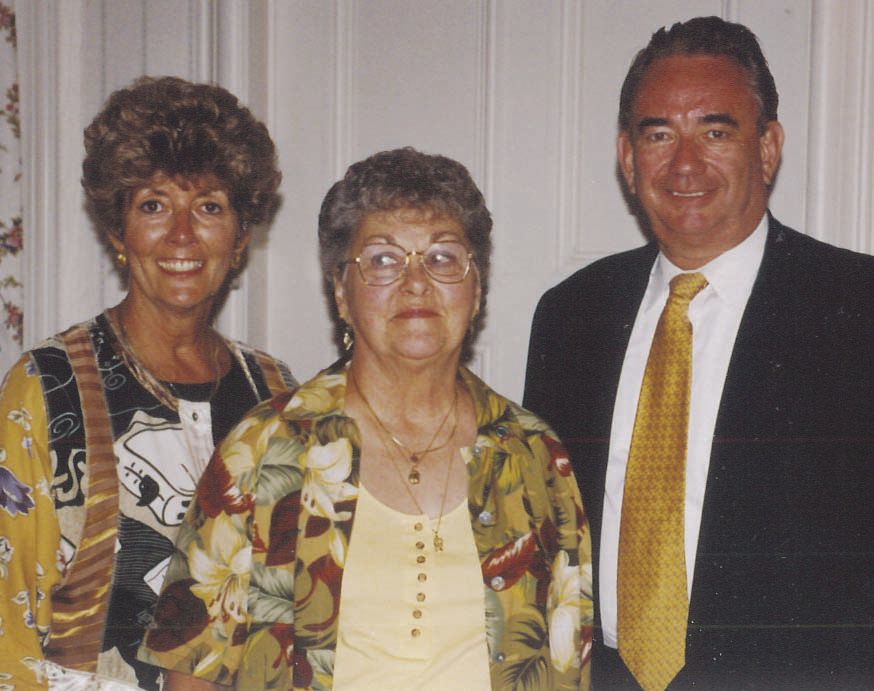 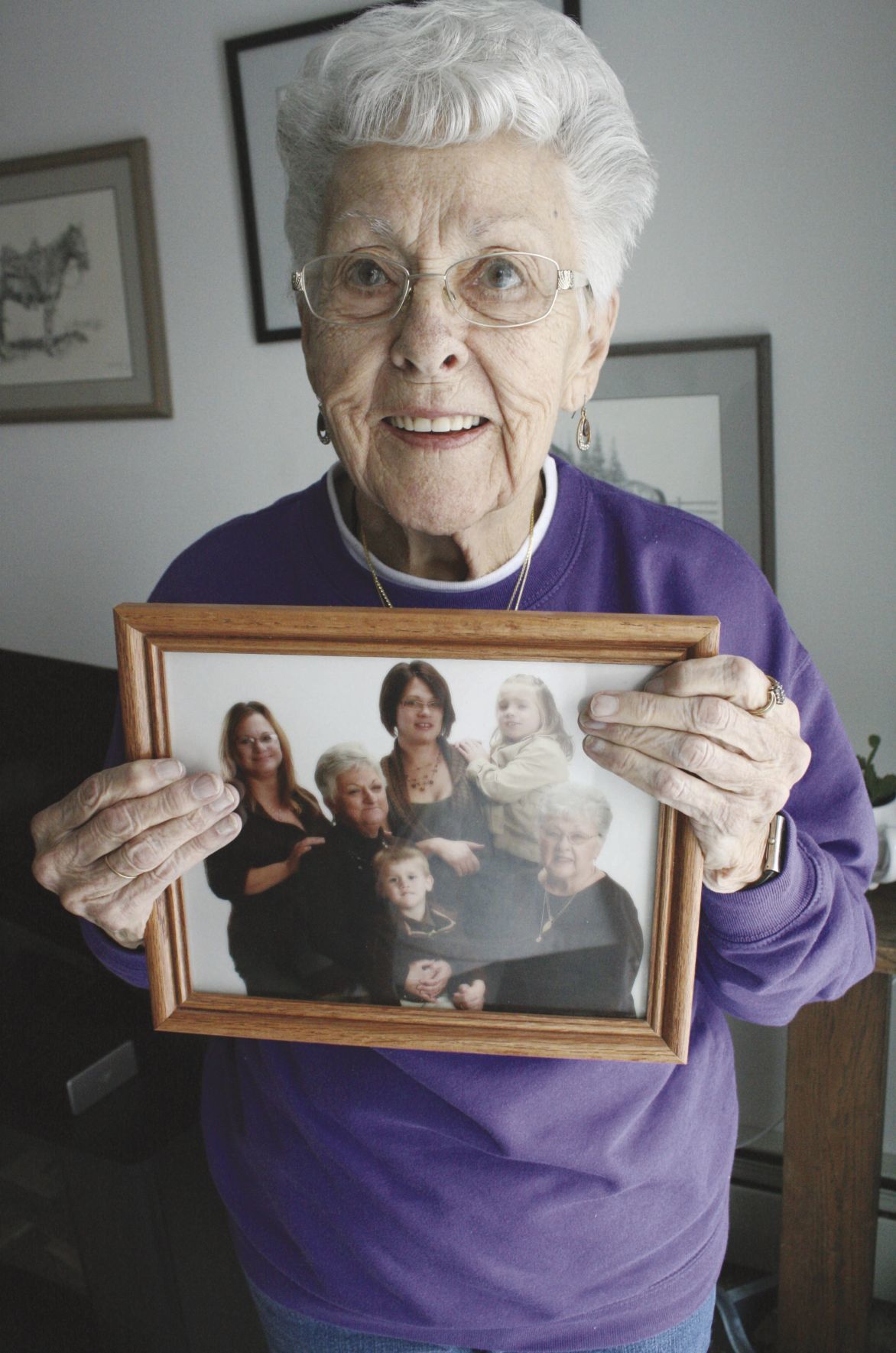 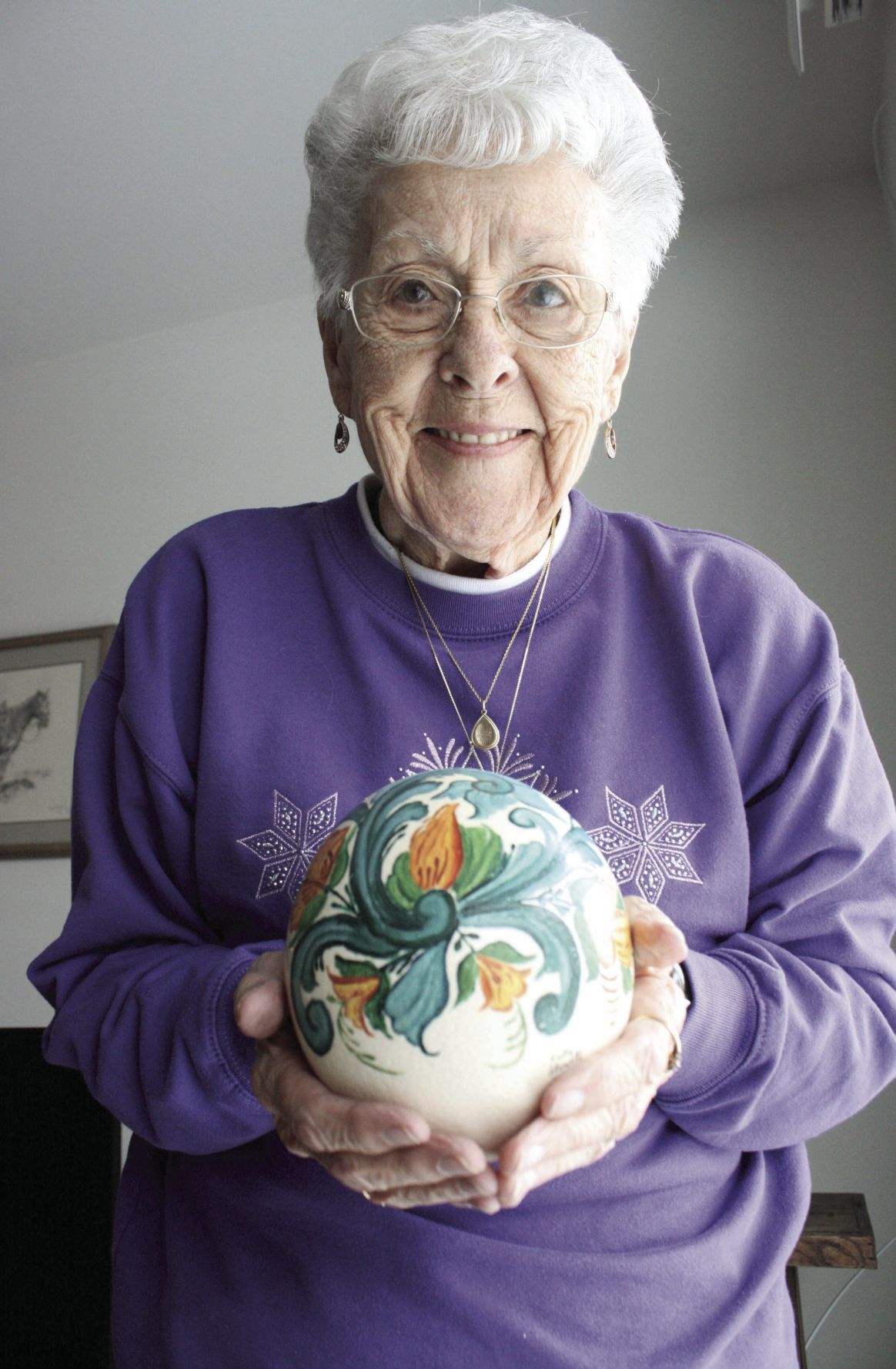 Sun Prairie resident Betty Stowell admits she doesn’t like to sit still and always needs to be doing something. Her artistic talents includes rosemaling, a decorative folk painting style that originated in Norway. She also makes jewelry and does oil painting.

Sun Prairie resident Betty Stowell admits she doesn’t like to sit still and always needs to be doing something. Her artistic talents includes rosemaling, a decorative folk painting style that originated in Norway. She also makes jewelry and does oil painting.

The Sun Prairie resident starts her morning with some euchre, as part of the “widows” club and as evening hits, she’s ready for a night on the town.

The mother of eight has worked hard — not just at home, but outside the house, including working for Wisconsin governors Tony Earl, Tommy Thompson, Scott McCallum and Jim Doyle.

Stowell was a Jill-of-all-trades at the Governor’s Mansion, that sits on the eastern shore of Lake Mendota in Maple Bluff. She did the laundry, bartended and waitressed at parties, arranged flowers and picked up the governor’s dry cleaning.

“It was a very laidback job and we were like part of the governor’s family,” Stowell said.

During parties at the Governor’s Mansion (also known as the Executive Residence), she would see political big names and VIPs, even meeting Arnold Schwarzenegger during one event. But being part of the governor’s staff, discretion was the rule.

“We would hear a lot of things, but we would keep them all to ourselves,” Stowell said.

Stowell says she’s worked hard all her life, first helping out on her family’s farm, and then raising her kids with her husband Leonard, who passed away at 50-years-old in 1974. With two kids still at home, Stowell credits taking a job training workshop in Madison where she learned about resumes, job interview skills, and other job-hunting skills.

“I had to find a job to make money and it taught me how to be assertive,” Stowell said of her transition from housewife to career woman.

After living for more than nine decades, numbers are special to Stowell.

She is the oldest of five living generations, has 24 grandchildren and 48 great-children and six great-great-grandchildren. Her family celebrates her birthday every July with a summer picnic. When Stowell turned 80, she was treated to a cruise to the Bahamas.

Stowell has lived in Sun Prairie for more than 60 years and said she loves being part of the community. Stowell is a lifelong member of the VFW Auxiliary and a former Colonial Club worker who helped homebound seniors.

The Sun Prairie resident admits she doesn’t like to sit still and always needs to be doing something, either working on a crossword puzzle, word search or some other tasks.

She says being social and doing things with friends and family, keeps her motivated and positive.

“You have to keep moving, get out and meet people,” Stowell said. “Don’t stay in your house and pity yourself, or you won’t enjoy life.”