This front elevation shows the 160-unit apartment complex proposed to be located just west of Cabela’s and south of Hoepker Road near the Burke Cemetery. 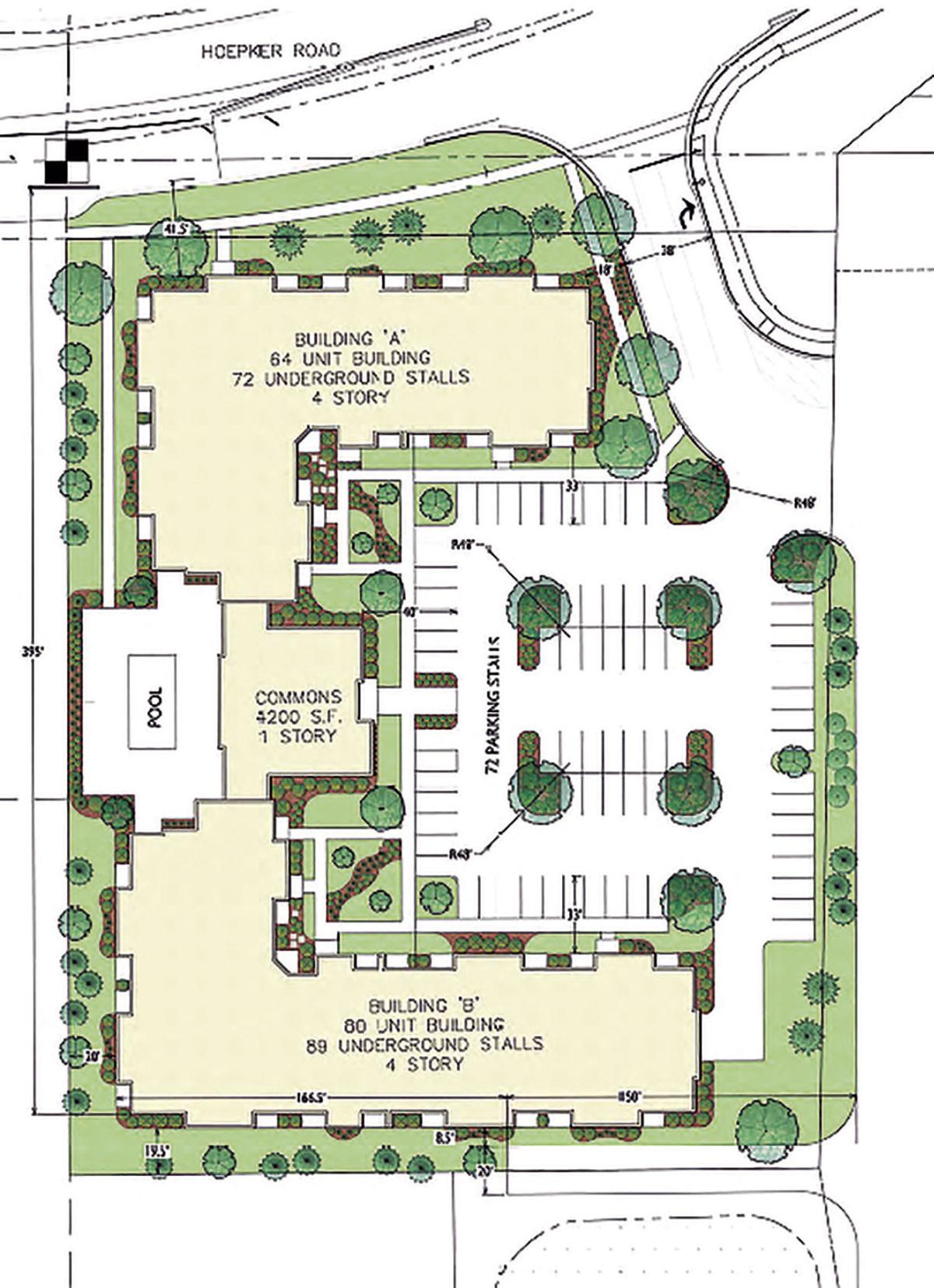 This plan for the proposed 160-unit apartment complex to be located between Cabela’s and Burke Cemetery and developed by FC Land and managed by Goldleaf Development shows a pool and underground parking. 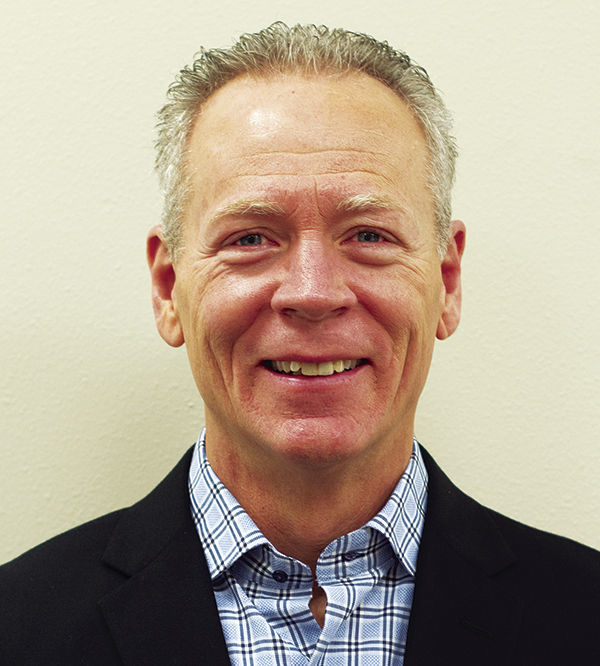 This front elevation shows the 160-unit apartment complex proposed to be located just west of Cabela’s and south of Hoepker Road near the Burke Cemetery.

This plan for the proposed 160-unit apartment complex to be located between Cabela’s and Burke Cemetery and developed by FC Land and managed by Goldleaf Development shows a pool and underground parking.

During a 90-minute meeting, the Sun Prairie City Council on Jan. 21 voted 4-2 to postpone consideration of the FC Land proposed 166 unit apartment building to be constructed near Cabela’s.

Alders took the action to postpone because an anticipated traffic study of Prairie Lakes Drive should be completed by then. But before they took the vote, alders were told the proposed apartment complex would not be a significant contributor of traffic to the area.

The 4-2 vote, with one alder absent and another recusing himself due to a potential conflict of interest perception, occurred one week after District 3 Alder Maureen Crombie publicly stated her opposition to the plan, citing traffic and congestion concerns.

Crombie reiterated that Tuesday night, but received support from fellow District 3 alder Mike Jacobs. A former Providence resident, Jacobs said he believed it was already too congested in the area.

But when developers Ron and Chad Fedler pointed out the proximity to Prairie Lakes shopping, as well as the walkability of the development, Jacobs refuted it: “I’m so tired of this bull—it argument.”

During one point in the discussion, Jacobs said he was glad he moved out of the neighborhood and recently realized he was “decompressing” from living in the congested neighborhood. He also referred to the development as “a mistake” during the discussion.

Last week during the Sun Prairie Plan Commission meeting, Community Development Director Scott Kugler explained the traffic from the apartment development would be much less than other approved uses that could be built there, such as a Walgreens, a Kwik Trip gas station/convenience store, or an auto parts store.

Crombie read emails and letters from constituents, including one from former Sun Prairie Plan Commission member Cari Lee and her husband Misha, who said they opposed the construction of apartments in the area and referred to it as “poor planning.”

Crombie also read an email from a Providence female resident whose family recently relocated to Sun Prairie from San Diego. She said the area was in need of more single family homes and greenspace, even though the area immediately to the west of the proposed apartment building is the Burke Cemetery.

District 1 Alder Steve Stocker said he would not support it, citing opposition from constituents. He wondered aloud why other apartments in Sun Prairie were not being rented while those owned and managed by the Fedlers for years were nearly full.

“Well, what’s around them?” Chad Fedler replied. He said apartment tenants want to be near amenities like shopping, the Marcus Palace Cinema and two grocery stores, as they are in Prairie Lakes.

But Guyant changed his mind and voted to postpone after learning the parking standards in the development were slightly less than city standards. City staff recommended the variation though, citing other FC Land apartment developments in Iron Gate and The Abbey.

Crombie was also critical of the Fedlers for failing to develop some of the other 600-plus apartment units they are entitled to develop in Sun Prairie. She said figures from Sun Prairie Utilities showed a roughly 7 percent vacancy rate among apartments in Sun Prairie.

Ron Fedler said of his 1,000 units in Sun Prairie, just 34 are available — far less than the 7 percent citywide vacancy rate for apartments cited by Crombie. He said FC Land and Goldleaf Development, which manages the properties that include Hunter’s Ridge Apartments, own and manage quality developments.

When Jacobs wanted to postpone the consideration of the apartments until after completion of the Prairie Lakes Drive traffic study, both City Director of Public Services Adam Schleicher and Kugler told him that the results of the study likely wouldn’t impact the Fedler apartments.

But alders voted 4-2 to postpone anyway, with Jacobs. Crombie, Stocker and Guyant voting in favor. City Council President Bill Connors recused himself from voting, saying he recently took a position with a pro-development group and did not want to give the appearance of a potential conflict of interest.