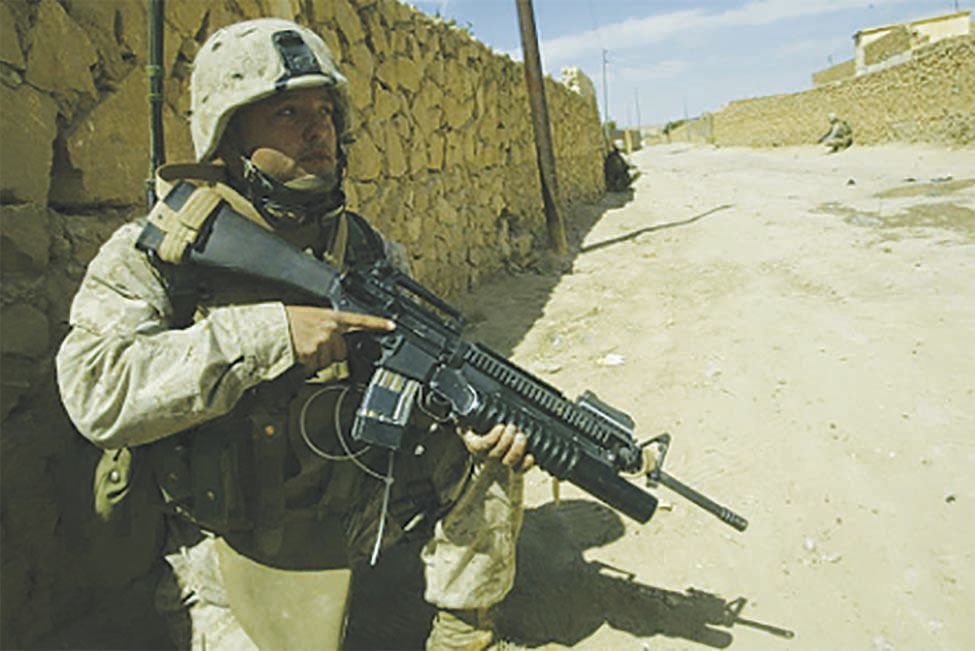 Thomas Gordon’s final deployment was to Ramadi, Iraq in September of 2005 in a leadership role in charge of 13 Marines as a squad leader. While in Ramadi, Gordon’s squad had to deal with IED attacks, indirect fire, and enemy snipers. 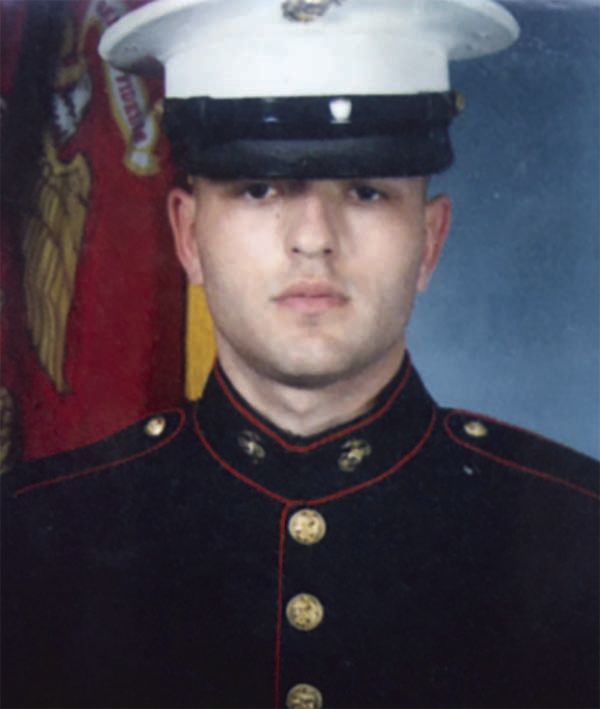 Thomas Gordon’s final deployment was to Ramadi, Iraq in September of 2005 in a leadership role in charge of 13 Marines as a squad leader. While in Ramadi, Gordon’s squad had to deal with IED attacks, indirect fire, and enemy snipers.

In conjunction with Veterans Day, a business with two locations in Sun Prairie is honoring a veteran as part of its eight annual Recycled Rides giveaway during the Friday, Nov. 8 University of Wisconsin men’s basketball game.

Each year, Gerber Collision & Glass — which has two Sun Prairie locations at 1610 W. Main St. and 339 S. Walker Way — recognizes the importance of military service by presenting a vehicle to a veteran.

Gerber partners with American Family Insurance to donate a vehicle that has been declared a total loss through a nationwide, non-profit project, organized by the National Auto Body Council.

With the program, American Family provides a vehicle to Gerber Collision & Glass and they will donate their services to repair the vehicle to industry standards and ensure it will meet state safety requirements.

Thomas Gordon, who will be named “Veteran of the Game” just days before Veterans Day, will be the recipient of a 2009 Toyota Corolla during the game.

Born and raised in Menasha, Gordon graduated from Menasha High School in 2002, and enlisted in the Marine Corps on the last day of school.

“I did this for two reasons,” Gordon recalled. “I knew I could not afford college and I wanted to do something for the county I loved.”

After completing boot camp in San Diego, Gordon went to Camp Pendleton for two months to train as a rifleman.

“It was at this time that the United States invaded Iraq,” Gordon said.

Immediately upon graduation from the School of Infantry (SOI), Gordon was sent to Iraq as a combat replacement for 3/7 Kilo company.

His unit was tasked with conducting security and stabilization operations for the city of Karbala, Iraq.

“When I got there in June of 2003 the threat level was very low,” Gordon recalled. “In the three months I was in Iraq, the only action I saw was when we received mortar fire one night.”

The spartan living conditions and extreme heat were the about the only things Gordon’s buddies and he had to deal with on a daily basis.

“My unit left Iraq in September of 2003 and within a month found out we were deploying back to Iraq in February of 2004,” Gordon remembered. “This time we were going to Al Qiam, Iraq. We were told this deployment would be very different, that we were going to the ‘Wild West.’ The area lived up to its name. Within a few weeks we had lost our first Marine. By the end of the deployment we would lose a total of 17 Marines KIA [killed in action] and countless more wounded. My company had a Marine, Cpl. Jason Dunham, who received the Medal of Honor for his actions on April 14.”

Gordon’s unit participated in firefights on a nearly nightly basis, even fighting in the Battle of Husaybah, until September 2004 when his unit was sent home.

Gordon’s final deployment was to Ramadi, Iraq in September, 2005. Ramadi is the capital of Al Anbar province and was vital to both coalition forces and Al Qaeda.

“It was on this deployment that I was given a leadership role, being placed in charge of 13 Marines as a squad leader,” Gordon said. “While in Ramadi, we had to deal with [improvised explosive devices or] IED attacks, indirect fire, and some very talented enemy snipers.

“Kilo Company was the main effort for this deployment and we controlled the capital building and market area for the city,” Gordon said. “After seven months of heavy fighting we were sent home.”

Gordon left the Marine Corps in September 2006 to attend school at UW-Fox Valley. He transferred to UW-Oshkosh, and graduated with a Bachelor’s of Science in Criminal Justice from there in December 2010. Gordon worked as a police officer at UW-Oshkosh for just under a year before losing his job.

“It was at this time that I realized that I had severe PTSD and needed help,” Gordon said, referring to traumatic stress disorder. “Since then I have done a residential PTSD program two times. I credit the program with saving my life.”

Today, Gordon has a blended family that includes eight children varying in age from 9 years to 4 months.

We Shall Not Forget is an annual Veterans Day publication containing the stories of veterans from area communities. Gordon’s story will be featured in the 2020 publication.