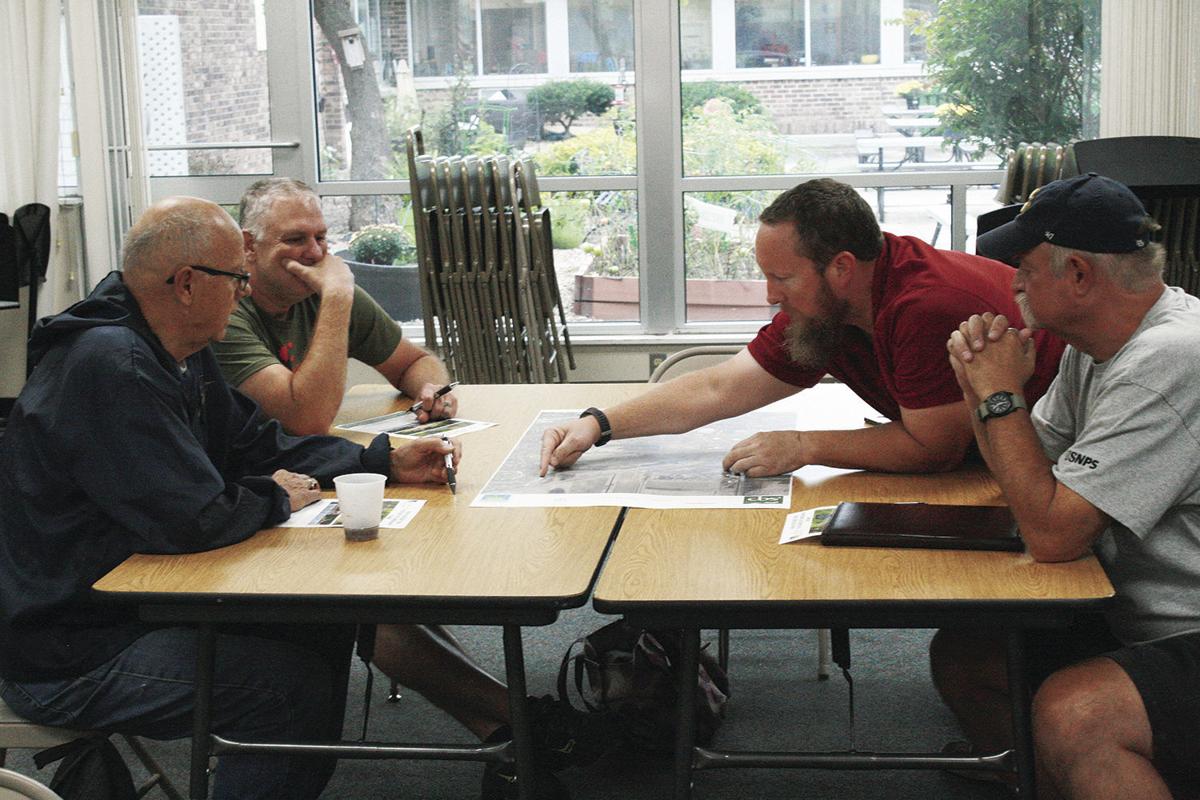 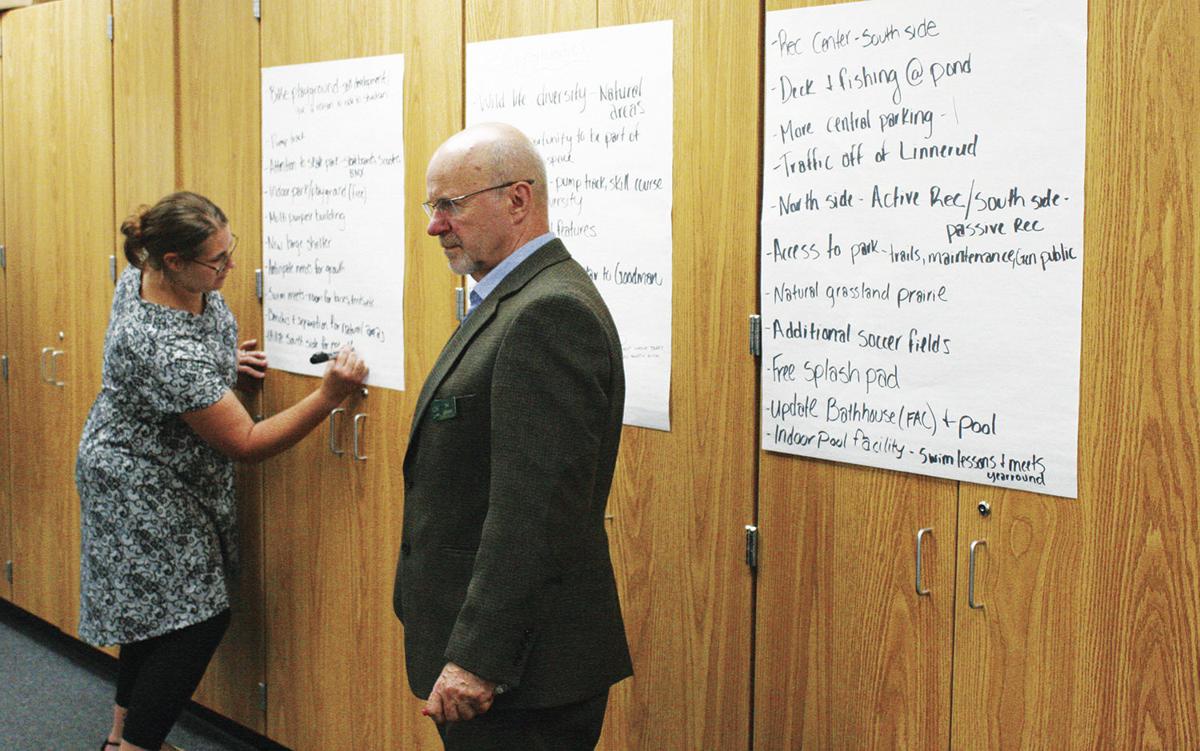 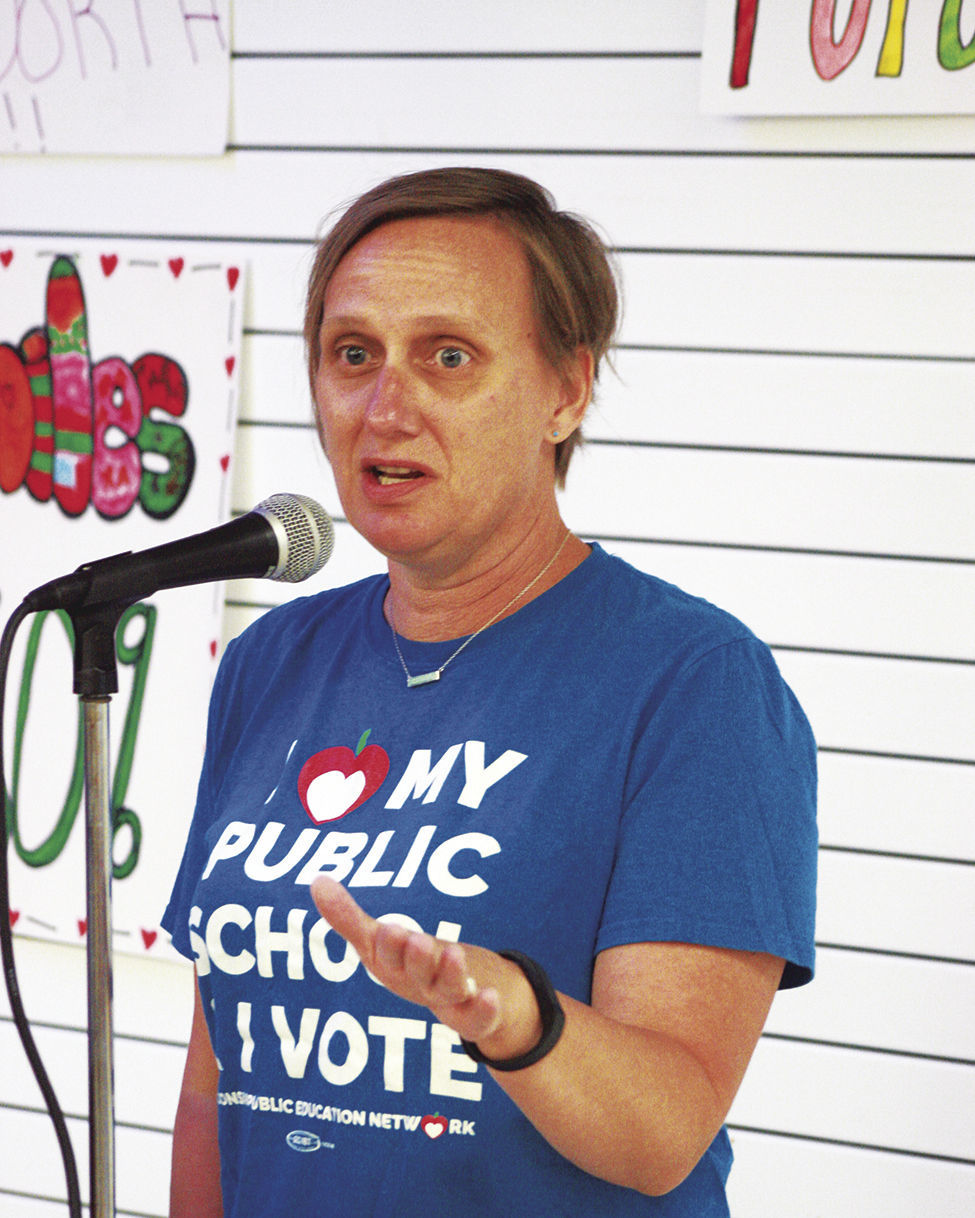 Healther DuBois Bourenane, whose Wisconsin Public Education Network helped to organize the march, spoke during the rally at Patrick Marsh Middle School before marchers departed on the final leg of the march on June 25, 2019. 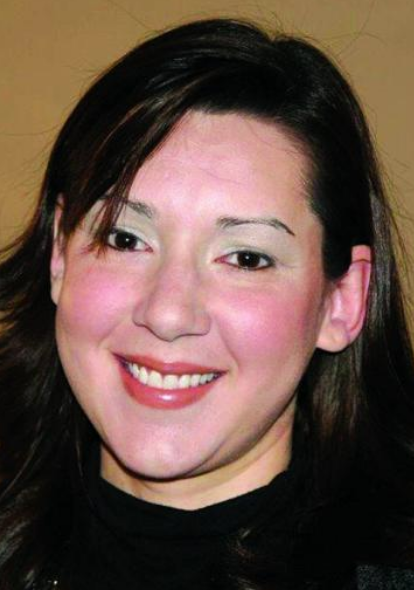 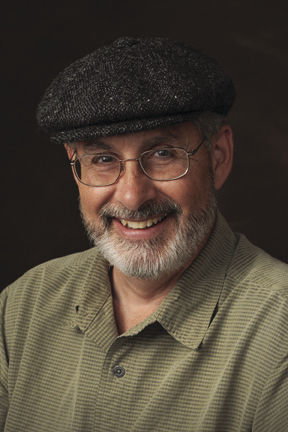 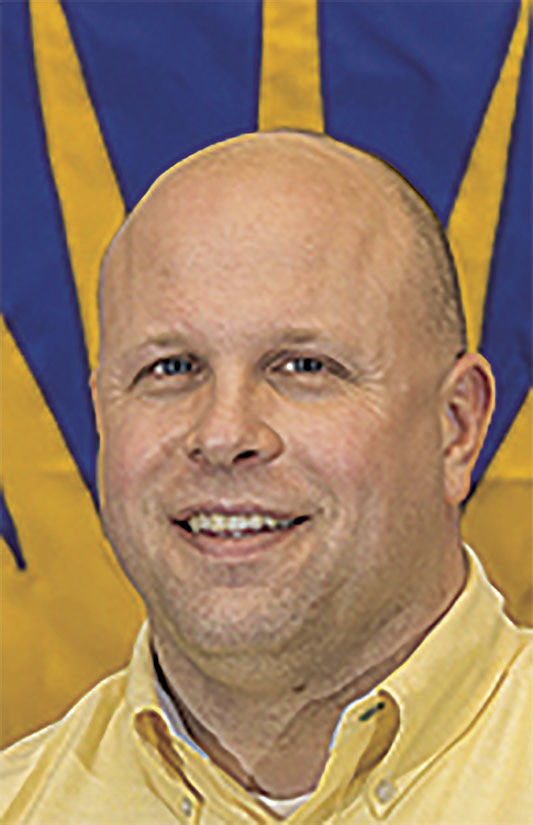 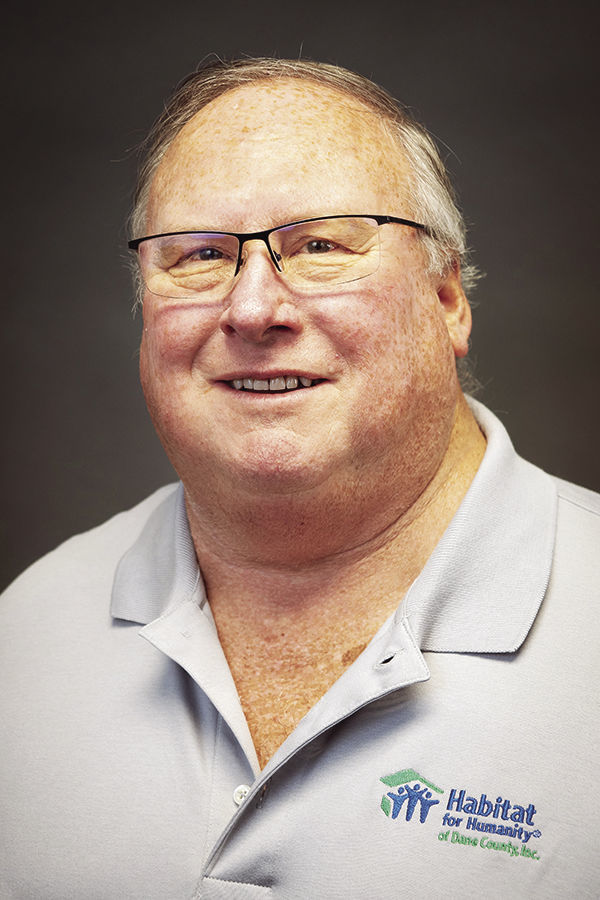 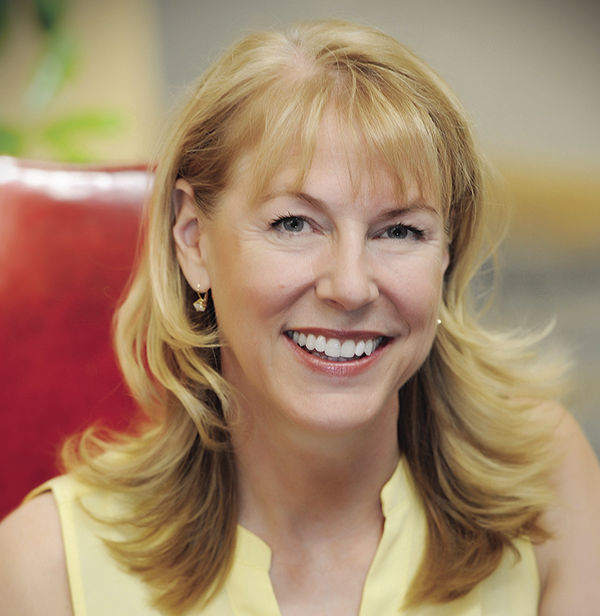 Healther DuBois Bourenane, whose Wisconsin Public Education Network helped to organize the march, spoke during the rally at Patrick Marsh Middle School before marchers departed on the final leg of the march on June 25, 2019.

As the 2010s end and a new decade begins, Sun Prairie finds itself continuing to grow with the assistance of fascinating personalities facing unique challenges.

Teran Peterson — Peterson recently announced her candidacy for the District 19 Dane County Board of Supervisors seat being held by Bill Clausius because Clausius chose not to seek reelection.

But Peterson is already active in Sun Prairie, working as a co-advisor to the Black Student Union.

She also co-founded the Black Excellence Achievement Makers committee and annual awards event. She frequently mentors scholars within the Sun Prairie Area School District. Peterson previously served on the Fund Distribution Committee that supported the Sun Prairie community after the city’s disaster on July 10, 2018, but also was on hand during the Nov. 26 walkout to protest a blackface incident at a Sun Prairie High School basketball game.

She also is a realtor, and helps clients with both custom home design. She also works as a Neighborhood Navigator in the Vandenburg Heights neighborhood, and five years ago, adopted her siblings, who attend Sun Prairie Schools.

She also recently completed her role on the Downtown Steering Committee, which learned about the plan proposed for the properties surrounding the Bristol-Main intersection where the July 10, 2018 natural gas explosion leveled four commercial/office buildings and a private home.

Elena Hilby — Sun Prairie’s City Clerk will have her hands full in 2020, trying to get new polling places in the City of Sun Prairie up and running in time for the Feb. 21 primary featuring a hotly contested Wisconsin State Supreme Court race between three candidates, and a fired up Democratic Party base ready to pick their presidential contender to face incumbent Republican President Donald Trump.

They narrowed the list in September. The new polling places are:

Jeff Robbins — The executive director of Sun Prairie’s Media Center will have his hands full again this year, with the construction of a new radio studio expected to take place this year.

Demand for studio space has resulted in the need to construct a new studio for 103.5 The Sun, the city’s low-power radio station operated by the Sun Prairie Media Center with volunteer on-air personalities as well as some cross-over programming from local cable access TV channels KSUN and KIDS-4 where needed.

That’s on top of the recently launched, redesigned app that allows users to watch their favorite KIDS-4 or KSUN programming from their phones or tablets, and a call for KSUN and KIDS-4 program producers to enter their best programming for an upcoming Wisconsin Community Media “Best of the Midwest Media Fest” competition in May, and an entire summer full of summer enrichment courses designed to teach Sun Prairie kids the media literacy skills they need to navigate today’s world.

You remember the census: It’s a count of all people living in the United States mandated by the Constitution to occur every 10 years.

The count will begin in mid-March of 2020 when households will receive an invitation to participate.

The census is important because census data determines how many people are elected to Congress and is used to draw the lines for state and local districts. It’s also important to local governments because $675 billion in annual federal funding to support state, county and community programs is tied to the census.

She’s also the administrative assistant to City Administrator Aaron Oppenheimer, which gives her a unique role in assisting with multi-cultural efforts in the City of Sun Prairie, which includes the Multicultural Fair in Sheehan Park again this year.

Those two things will keep Xiong busy this year, which is why she’ll be one to watch in 2020.

The Friends of the Sun Prairie Library sent all of its members an email in November urging support for the library expansion and urging Friends members to call Mayor Paul Esser directly or contact their alders through the city’s website.

Sun Prairie Star readers can expect Owens and Campbell, as well as their organizations, to be highly visible advocates for the library as the Sun Prairie City Council reviews the scoring list of capital projects that include additional traffic signals in different parts of the city, the new Public Works campus, assistance for downtown redevelopment and more.

Lee Igl — The Sun Prairie Public Works Director has been on the front lines advocating for a new Public Works Facility to replace the City Service Center facility which was constructed and opened a short time after the Sun Prairie Municipal Building in the 1990s.

Sun Prairie Star readers recall coverage of the campus debate back in July, when alders said roof repairs, time wasted jockeying vehicles out of the garage, lengthy waits for employees to use the bathroom, and not enough parking were among the problems plaguing the cramped quarters of the City Service Center building at 201 S. Bristol St.

The solution, city officials say, is a new Public Works Campus on Bailey Road that would house the public works department, engineering, an emergency operations center and training facility, and other public works functions.

It would cost more than $17.5 million to build the facility and replace the current public works facility built 25 years ago in downtown Sun Prairie. City staff is including the campus in a scoring matrix for capital projects to the city council as part of the 2020 Capital Improvement Plan.

“We are bursting at the seams and I don’t know how much longer we can continue,” Igl said at a July 9 Public Works Committee meeting, adding that roof maintenance has been done every year for the last five years and the HVAC system is starting to age. Igl said if a new facility isn’t built, the city will need to renovate the parking lot, bathrooms, office, entry space, roof, garage doors, and HVAC system of the current City Service Center building.

Expect Igl to be front and center to answer alders’ questions as the discussion continues early in 2020.

Steve Hanrahan and Valerie Renk — The duo from Habitat for Humanity of Dane County have been in Sun Prairie representing various facets of the organization. Hanrahan has been the most visible representative for Habitat’s proposed east side development that will include Habitat homes and homes that will be constructed with a developer.

Renk has been in the community to celebrate the dedication of new Habitat homes. Sun Prairie Star readers will also remember an exclusive interview in 2018 when she said Habitat would construct the new east side development near the Gardens at Willowbrook.

Habitat for Humanity of Dane County is nearing completion of The Uplands, Renk said, and units approved for development in the Vandenburg Heights neighborhood before concentrating on the new east side development.

Habitat for Humanity of Dane County Inc. is proposing the development of 62 acres at the intersection of Town Hall Drive and State Highway 19. The plan is for 125 single-family lots, parkland and mixed-use area north of the railroad tracks. Commercial development is proposed for south of railroad tracks. The project is slated to bring 50 single family Habitat for Humanity homes to the city as part of the four-phase project built out over eight years. Construction of the first home is expected in fall 2020.

Expect both Hanrahan and Renk to be on hand in Sun Prairie during 2020, when development of the Vandenburg Heights and east side neighborhoods begin to take shape.

Chris Clinton — Sun Prairie Moves, formerly known as the Sun Prairie Bicycle Advocacy Group, has taken a more proactive stance on the placement of new bike paths in addition to the rehabilitation of existing bike paths in the city.

As Sun Prairie’s biking infrastructure begins to age, Clinton and Sun Prairie Moves will become more visible in seeking more funds for bike paths to be repaired and resurfaced, and for the city’s bike path network to be fully connected.

Clinton and Sun Prairie Moves were instrumental in the development of the biking portion of Sun Prairie’s recently completed Comprehensive Plan 2019-39 document, which includes recommendations for on-street bike paths as part of the streetscape and to be properly marked.

And Clinton was on hand in September when the Sheehan Park planning process began — and included some bicycling amenities among its suggested improvements.

The process is certain to include recommended updates to the bath house at the Family Aquatic Center, as well as possible new amenities.

Other updates coming in 2020 that include a new splash pad at Wetmore Park and a possible Wetmore Park bandshell as well as other updates for parks in the system will ensure that Grissom will be one to watch in 2020.

Heather DuBois Bourenane — The Sun Prairie resident who is also executive director of the Wisconsin Public Education Network (WPEN) hosted marchers last June at Patrick Marsh Middle School. But she and WPEN also issued a “report card” in November critical of votes taken by legislators in their failure to support public schools.

The organization’s Legislative Report Cards provide what she said is political context for understanding how the Wisconsin Department of Public Instruction (DPI) assesses school and district performance. They assess state lawmakers across five categories: K-12 budget overall, special education, bilingual/bicultural needs, mental health and public funding of private schools. The report cards are available to the public at http://www.WisconsinNetwork.org/blog/report-cards.

In a press release, DuBois Bourenane said the DPI’s school and district report cards fulfill a state mandate to hold all schools “accountable” to taxpayers. That mandate was put forward in 2011, the same year Wisconsin saw the largest cuts to education funding in state history.

The WPEN is a nonpartisan grassroots coalition supporting public schools, and is a project of the Wisconsin Alliance for Excellent Schools (WAES), a 501©(3) nonprofit organization; learn more at http://www.WisconsinNetwork.org.

DuBois Bourenane and others in Sun Prairie who support public education will continue their visible support, so she will be one to watch in 2020.