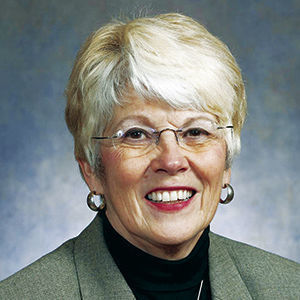 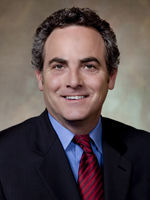 It hasn’t been long since many Wisconsinites have had to vote on referendums to keep their public school doors open, and now in this new year, our schools continue to be underfunded. This spring 50 school districts will go to referendum, with 29 seeking $915 million in operating costs alone.

During last year’s budget deliberations, Gov. Tony Evers put forth a proposal that would have made significant investments in our public schools. Many of his ideas stemmed from the Republican controlled Blue Ribbon Commission on K-12 education. Unfortunately, the task force recommendations could not make it past the Republicans on the Joint Committee on Finance, including $10.1 million from sparsity aid for rural districts compared to the Governor’s plan. Senate District 27 lost $600,000 alone due to Republican rejections of their own recommendations, with 82 other districts statewide also losing funds.

Fast forward to this year, and instead of doing their jobs and convening for a special session to address the farm crisis, Republicans chose to hold a political rally to promote voucher schools.

Unfortunately, while taxpayers will be voting on referendums this April, voucher school operators are able to take $145.5 million from property taxpayers with zero transparency, oversight or ability to vote “no.”

On Jan. 8, 2020, Senator Bewley (D-Mason), Representative Considine (D-Baraboo), and both of us introduced Senate Bill 661 (SB 661), to prohibit the Department of Public Instruction (DPI) from making reductions in the amount of state aid that is paid to school districts, unless the voters agree to the reductions by a referendum vote.

Under current law, school choice programs are able to drain funds away from public schools, and SB 661 would give power back to Wisconsinites to decide how they want their tax dollars spent.

A recent memo released by the non-partisan Legislative Fiscal Bureau shows that vouchers caused $145 million in aid reduction to public schools. That amount is up 30% from last year, and this problem is only going to grow if it is not addressed. The trend in tax dollars going away from public schools towards unreliable voucher programs shows the decline to our education system at the expense of our taxpayers. Wisconsinites should have a choice in whether or not they want to fund two separate education programs, and that is why we introduced the bill to bring accountability back into the fold.

For-profit education is chipping away at our democracy with misinformation and misleading standards for education, with the approval of our current presidential administration. Wisconsin Democrats believe in doing what is best for our children, and unfortunately, forcing taxpayers to fund competing education systems will only hinder their future.

When Vice President Mike Pence and U.S. Department of Education Secretary Betsy DeVos came to Wisconsin to join our Republican colleagues and voucher school lobbyists to tout the school choice program, it only made it clearer than ever that special interest groups should not be able to buy our state.

Wisconsinites deserve to know the truth when it comes to voucher programs, and that is why every Senator and Representative should join us in passing commonsense legislation to decide how their money is being spent.

School Choice is detrimental to our public schools, and our children deserve better.

Erpenbach, a state senator, represents the 27th Senate District; Pope is a state representative from the 80th District.