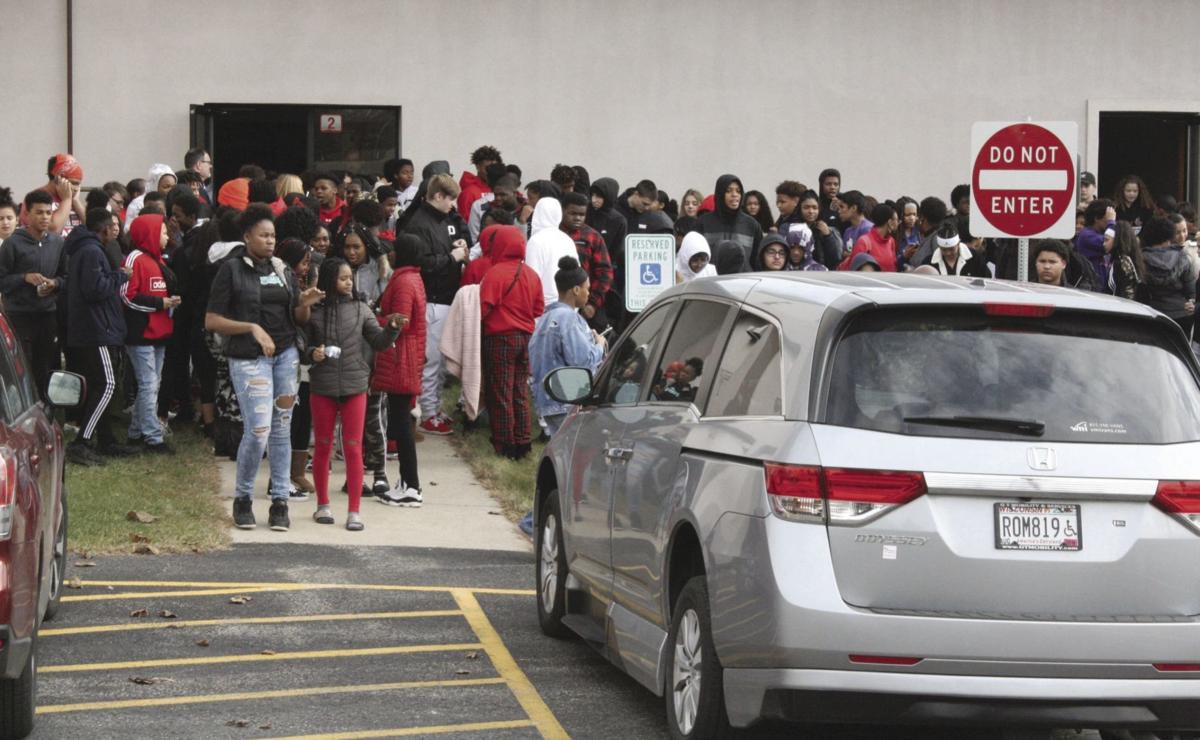 The Tuesday morning, Nov. 26, meeting between the students and school officials was closed to the Sun Prairie Star and other media, but students streaming out of the building around 11:30 a.m. told reporters that there were racial issues at the schools.

The Tuesday morning, Nov. 26, meeting between the students and school officials was closed to the Sun Prairie Star and other media, but students streaming out of the building around 11:30 a.m. told reporters that there were racial issues at the schools.

This letter has been prepared in light of recent events that have occurred in Sun Prairie. After a Snapchat picture became locally viral, the culture of a large portion of white students became clear. Many students defended his actions which in turn supported blackface and accepted the racism that it represented.

These students found no fault with his actions and spoke out online. This has created tension among the students in the schools.

Students from Cardinal Heights decided a peaceful walkout would be the most impactful way to create change, without causing blame focused on the individual students involved.

On Tuesday Nov. 26, 150-plus students lead a respectful protest by silently leaving the school buildings and marching collectively to the District Support Center. Inside, participants were greeted by the Superintendent, Assistant Superintendents, a School Board member, and other district staff.

Five students from the high school and the upper middle school stood and constructively spoke to both the admin team and the students in the room, and gave testimony to their experiences and their purpose for being there. Five to ten students then asked the district officials what they planned to do about the issues.

● More teachers of color are employed;

● Stricter punishments for discrimination and racist acts; and

● More comprehensive education around African Americans, beyond the time spent in slavery and civil rights.

After the one hour protest, all students returned to their buildings and debriefed about the conversation, then returned to class.

Following the walkout, we will continue this conversation at the highest level of the school district and our buildings. We have spoken at the most recent

School Board Meeting, and future meetings as well. We have already sat with the Principals at the high school and planned a professional development opportunity for teachers, and a future meeting with staff and administration to hear underrepresented student voice in the upcoming week.

We have been invited by the School Board President to continue the conversation about their promise to Every Child, Every Day. We also have been invited to lead a panel of students at an upcoming staff meeting to enlighten teachers about our experience as minority students in the district.

We want to assist in making these often difficult and challenging conversations, more comfortable.

We want to inspire change for future generations, to break down toxic racial divides that broadcast a sense of dehumanizing and inferior status, and to participate in building a better culture in our community.

We want to acknowledge and thank the Sun Prairie Area School District for the support that has already been provided to us by actively listening to our voices, and giving us more opportunities to make the changes that are so desperately needed in our community.