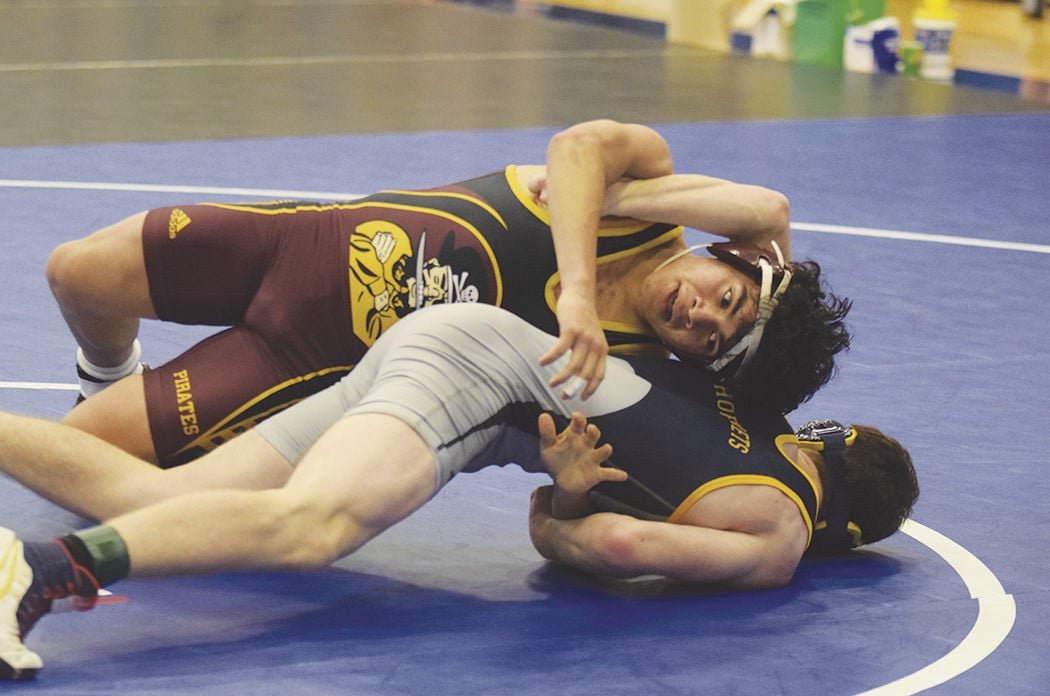 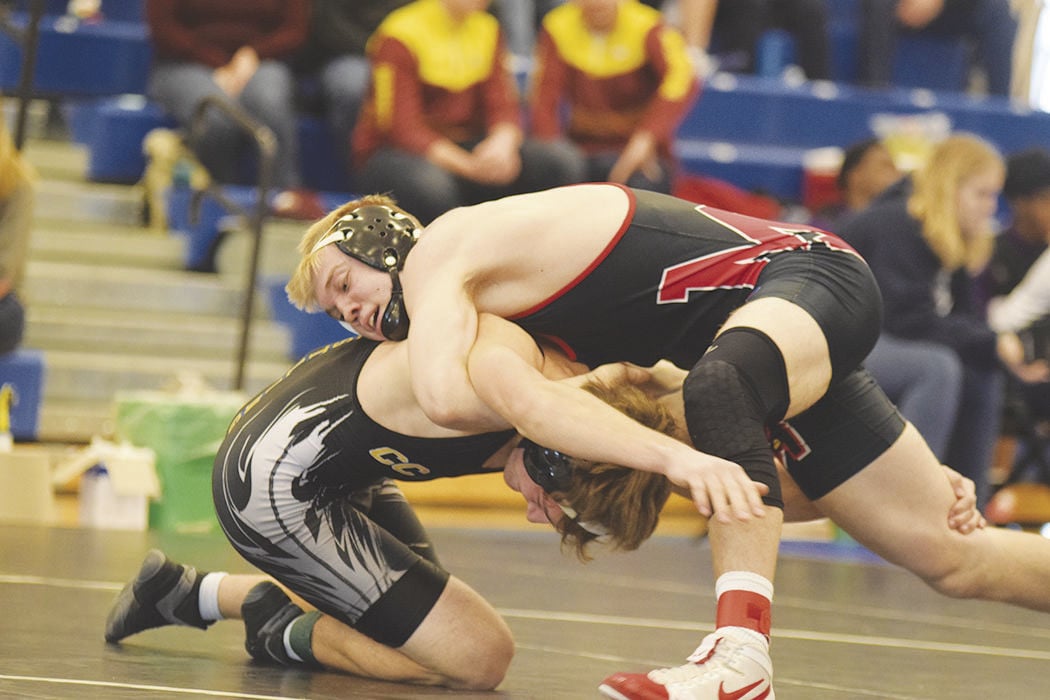 JOHNSON CREEK — Juan Alonso claimed the 126-pound weight class and Dylan Horstmeyer won at 170 to highlight the Waterloo and Marshall wrestling teams’ performances at the 2019 Creek Classic on Saturday.

Waterloo wrestled to a 10th-place finish with 82 points, one place and one point ahead of Marshall.

Alonso (3-1) lost by fall to Beloit Turner’s Justin Teague in 4 minutes, 57 seconds but closed out the tournament with three straight wins. He won a 12-0 major decision over Cuba City’s Lucas Blackburn, pinned Brodhead/Juda’s Seth Mansfield at 2:09 and won a 10-5 decision over Teague in a rematch in the finals.

“He started off a little slow,” Waterloo wrestling coach Thurston Schuster said. “He lost to a kid right away and came back and beat him in the championship. He came back and fought hard. He figured out what he needed to do and learned from his mistakes and was able to be a champion today.”

“Coming into today, being our first tournament, we’re getting a lot of those kinks out of the way,” Schuster said. “Jordi and Jonathan both took fourth place. We’ve still got a lot of things to work on, but so far, so good.”

Horstmeyer went 5-0 at 170. The senior earned a 12-0 major decision over Cuba City’s Tyler Reuter to start his day, before pinning Cambridges Aiden Ciha (1:50) and Waterloo’s Limon (3:17) to reach the championship bracket.

“Dylan has been a leader on our team for a while now. He has a wealth of wrestling knowledge and is always willing to help teach technique to teammates” said Marshall head coach Doug Springer.

The Cardinals received a third-place finish from Drew Johnson at 120 after he went 3-2, inclduing a 1:26 pin of Milwaukee Marquette’s Jaden Prom in the third-place match.

“We did some nice wrestling on Saturday, but need to get more intense. Learning is going to be a key as we gain much needed experience,” Springer said.