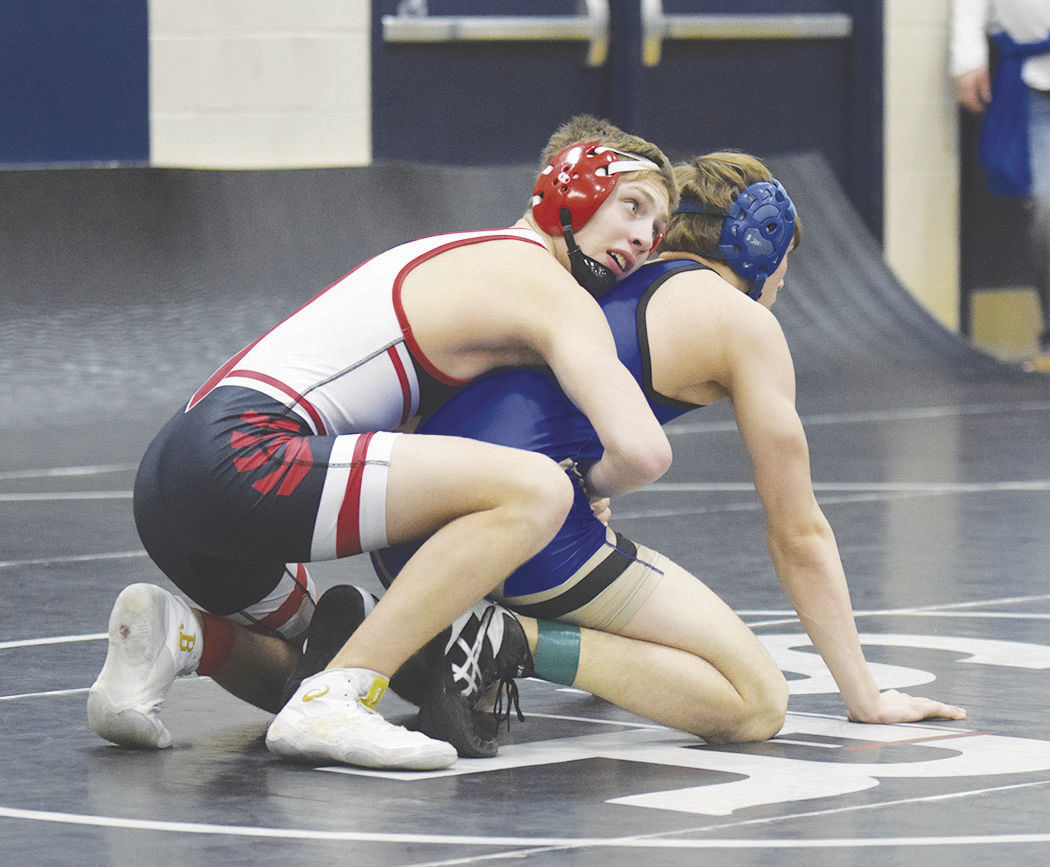 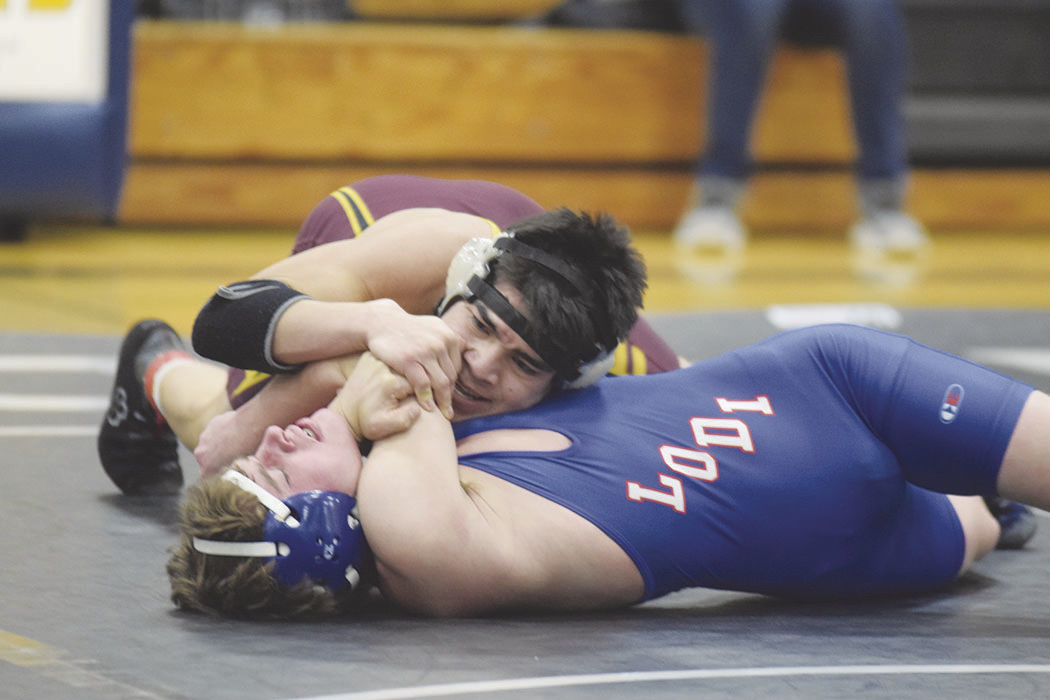 Grossman earned a 4-2 sudden victory over Lodi senior Zach Potter to claim the 145-pound title. It came one year after Grossman finished third in the annual conference tournament.

Grossman (21-3) earned his finals berth by pinning Cambridge’s Ivan Sopkovich in 1 minute, 44 seconds in the quarterfinals and Lake Mills’ Victor Tanev in 3:29 in the semifinals.

“After a tough week of illness throughout our team, a second-place finish was the best we could hope for,” said Marshall head coach Doug Springer.

Looking for his third conference championship in as many years was Dylan Horstmeyer. The senior and No. 1 seed at 170 entered the weekend undefeated 38-0 and reached the finals with convincing pins over Columbus’ Malani Aragon (in 1:15) and Waterloo’s Jakob Garza (in :22).

But in a showdown with No. 2 seeded Sawyer Helmbrecht of Lodi, Horstmeyer suffered a third-period pin falling in 4:50 to the three-time champion, representing his first loss of the season.

“Dylan got caught on his back early in the match and then never could get it going his way after that,” Springer said.

Two other Cardinals reached the finals, only to suffer the same fate as Horstmeyer. At 182, senior Jack Moen (35-9) pinned Jevin Burbach of Columbus in :48 in the semifinals, but was pinned in 1:03 by Lodi’s Ben Simplot.

“Jack did a good job attacking, but was unable to finish his takedown and couldn’t get out from the bottom,” said Springer.

“Mitchell had a spectacular tournament where he made it to the finals for the first time in his short career. He was aggressive in the finals and attacked well,” Springer said.

“Charlie suffered from getting byes to the semifinals where he struggled getting started in his match. After taking that loss he got all first-period pins,” Springer said.

Alonso (33-5), currently 10th in his weight class in the latest Division 3 rankings, pinned Luther Prep’s Nate Wendland in 2:30 and Sugar River’s Matthew Loshaw at 5:06 to reach the finals, where he lost to Lodi sophomore Chandler Curtis by fall in :41. Curtis was fifth in the latest Division 2 rankings at 126.

At 132, Jonathan Aguero (26-13) finished 4-1 with two pins and one decision. His only loss was a 10-9 decision to Poynette’s James Amacher in the semifinals.

Both Marshall and Waterloo will compete in the WIAA Division 3 Johnson Creek Regionals Saturday. Wrestling begins at 10 a.m.

The top two wrestlers in each weight class advance to sectionals.

“After a tough week of illness throughout our team, a second-place finish was the best we could hope for."